Arise (From the Typewriter), Dame Twiggy 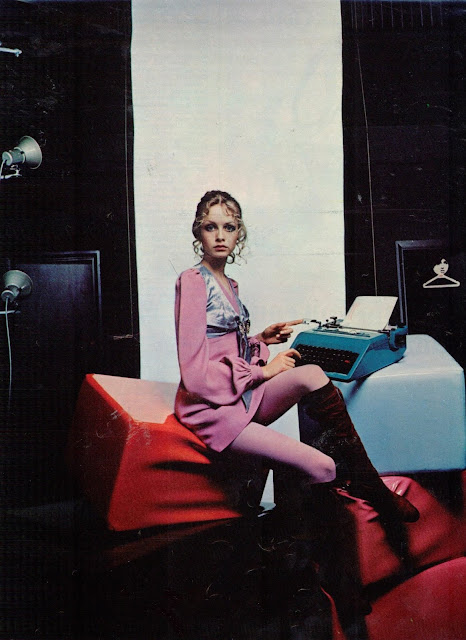 Twiggy has been made a Dame. She has been awarded a damehood for her services to fashion, the arts and charity in the [British] Queen's New Year Honours List. Twiggy is now recognised as an Ordinary Dame Commander of the Civil Division of the Order of the British Empire. Born Lesley Lawson in Neasden on September 19, 1949, Twiggy is seen above in the 1969 Henry Wolf series advertising an Olivetti "Brightwriter", the Studio 45 semi-portable typewriter. She is best known as a model, actress and singer and for being a British cultural icon of the Swinging 60s in London. 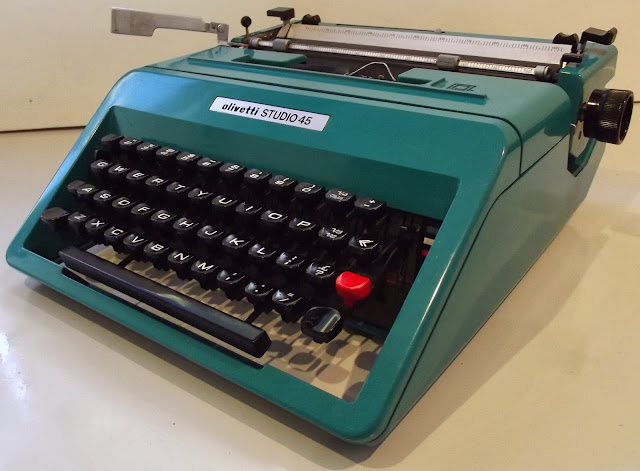 Posted by Robert Messenger at 21:17

wow, knowing how big a studio 45 is, I can see that Twiggy was indeed twiggy. Couldn'ta weighed more'n 90 pounds by that photo. (: