Ongoing Usefulness of Manual Portable Typewriters: Scriptwriting on the Hoof

This video shows the enormously gifted Australian artist Zoë Barry using her young daughter's Brother manual portable typewriter (the "Goldie") to write script notes and cue cards while being driven into Melbourne for the start of a new season of her unique participatory theatre work, The Boy Who Loved Tiny Things. 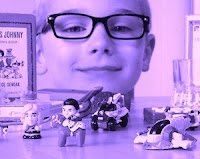 Zoë is the director of The Boy Who Loved Tiny Things, which celebrates wonder, caretaking and story-making through a mysterious collection of small items. The work was inspired four years ago by a then nine-year-old Minnesota boy, Østen Lowe Burkum, left, who loved to notice, collect and protect tiny things. Østen's father is a well-known musician who met and played with Zoë while touring Australia. 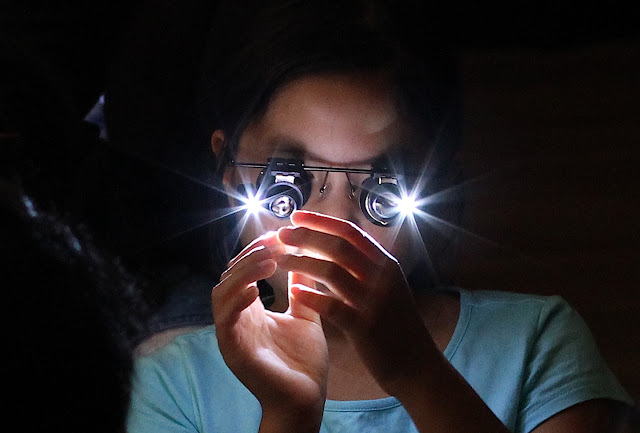 The Australian performance is a collaboration between acclaimed children’s theatre company Drop Bear Theatre, visual arts collective The Seam, and Zoë, and it features an enormous array of precious items. The typewriter, small and light as it is, is not among them. 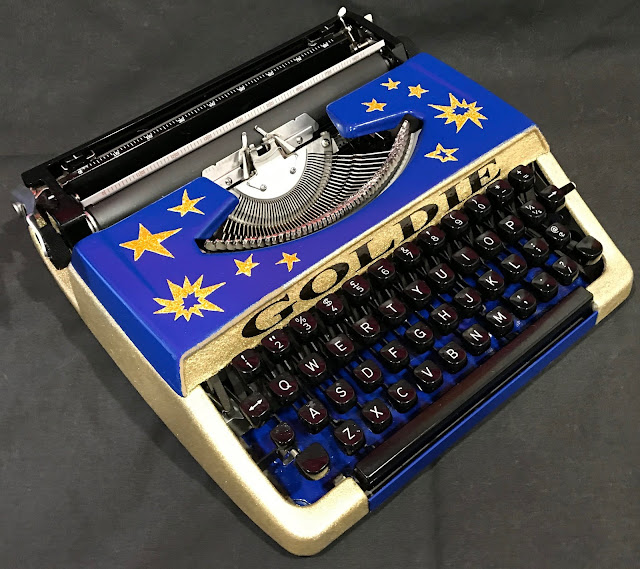 The "Goldie" was another sort of collaboration - between myself and Zoë's mother, the Canberra jewellery and glass beads maker Harriet Barry, as a birthday gift last year for Harriet's grand-daughter.
Zoë is not just an inimitable cellist and renowned teaching artist and educator, but a musical director and adviser, sound composer and designer, creator and devisor, performance maker and an actor and performer. Such an incredible range of skills - and typewriting on the hoof, too! Wow! 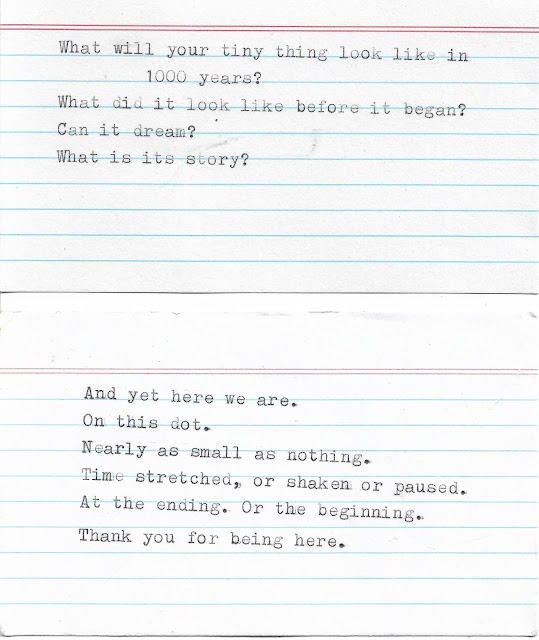 Just two of the cards typed in the car, with the "Goldie" on Zoë's knees.
Zoë has performed with Jon Cale, Meow Meow and Missy Higgins, among many others. She is the solo cellist in Christian Wagstaff and Keith Courtney’s House of Mirrors (see image below). Her performance highlights include seasons at the Lincoln Centre (New York), the John F. Kennedy Centre for The Performing Arts (Washington DC) and the Edinburgh International Festival, as well as tours through Asia, Greece and Russia. 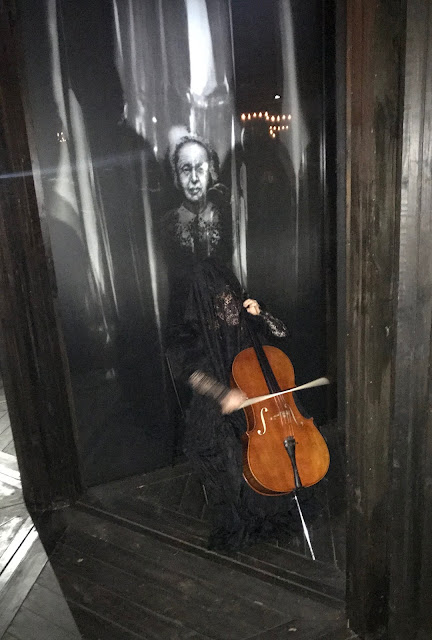 Zoë is a member of the Letter String Quartet, presenting programs of new works for strings and voices and commissioning composers to push the sonic possibilities of the string quartet. Her composition credits include feature films Animals (just announced as screening at the Sundance Film Festival in the US), The Infinite Man and Ukraine is Not a Brothel (Venice Film Festival; winner, Australian Academy of Cinema and Television Arts Best Documentary), co-composed with Jed Palmer. 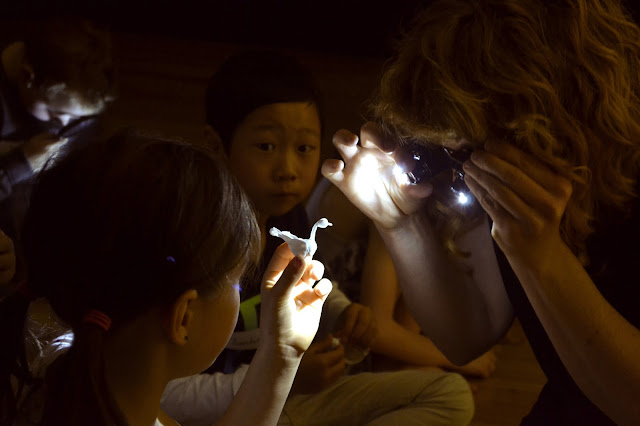 Zoë, right, at The Boy Who Loved Tiny Things.
Zoë's scores have been heard around the world, from the Sydney Opera House to the National Centre for The Performing Arts, Beijing. Her works continue to tour nationally and internationally. Zoë has also been a teaching artist with The Song Room for 10 years, specialising in creating music and performances with children from trauma backgrounds and those newly settled in Australia. She is director of Harmony in Strings, an innovative program focused on improvisation, composition and joyful music making in Melbourne, and was lead teaching artist, pedagogy and practise, with the Melbourne Symphony Orchestra’s The Pizzicato Effect. To top it all off, she knows how to use a manual portable typewriter. 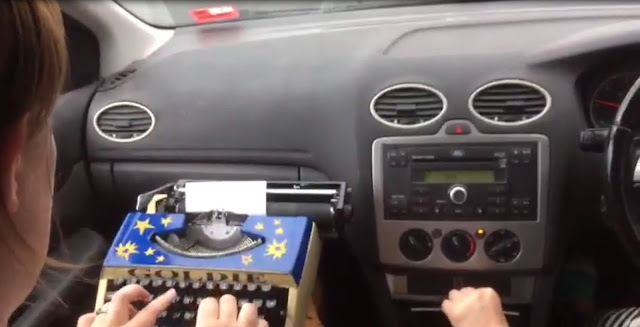 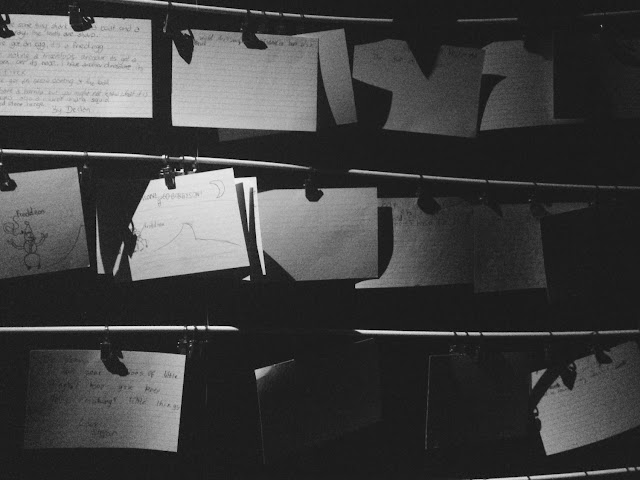 The cards were handwritten before the typewriter was put into service.

Intriguing. We so often overlook tiny things. The small things of life. I'm sure Mrs/ M wishes I collected tiny things instead of typewriters. The decked out Goldie is quite nice, too.

Such a cute typewriter. For an American viewer, where we drive on the right, the video creates the odd sensation that the car is being driven by typewriting!