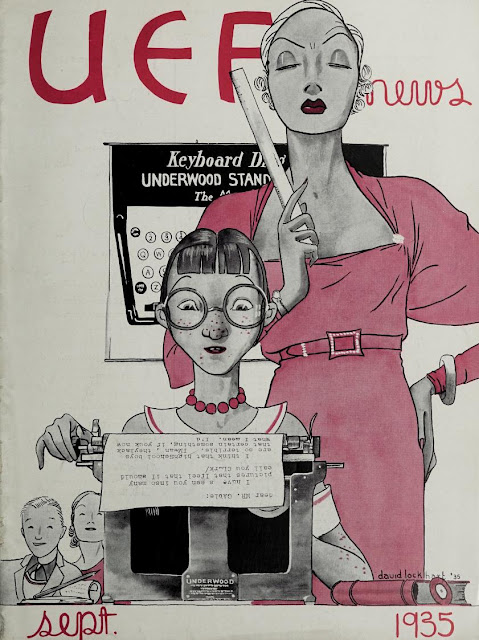 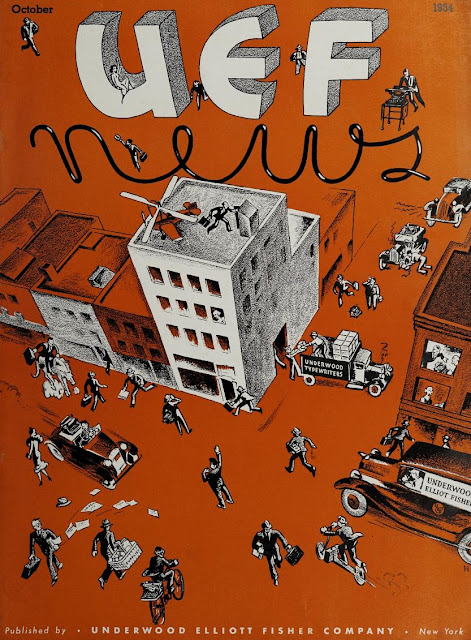 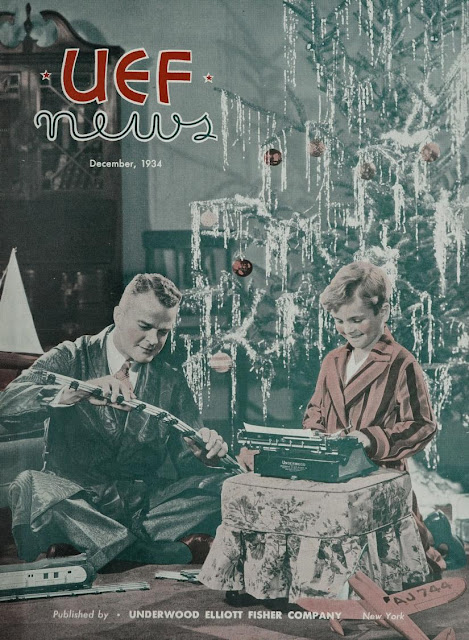 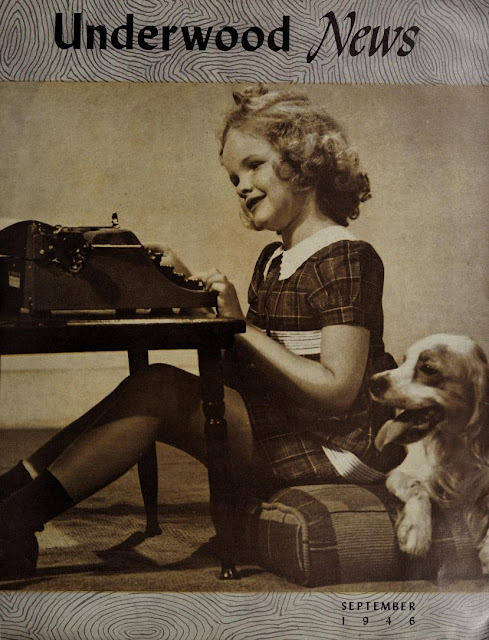 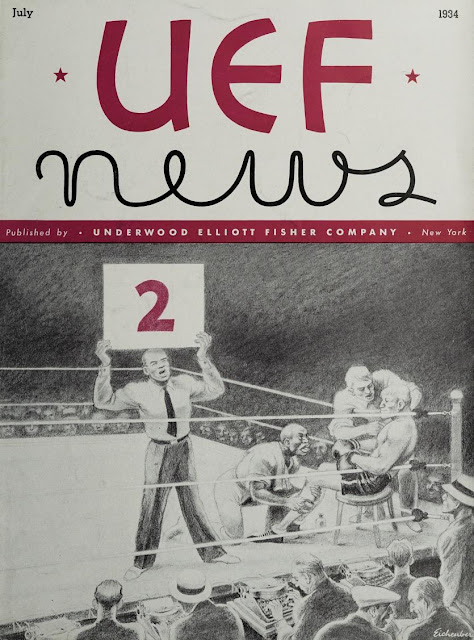 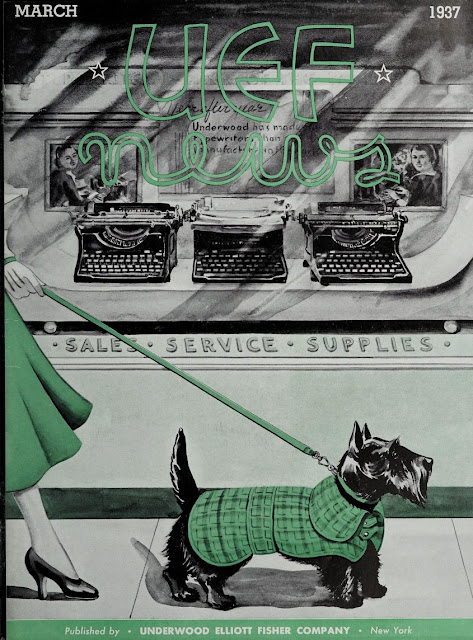 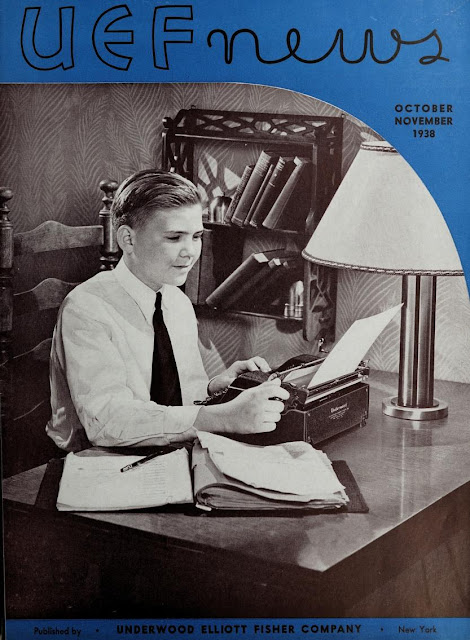 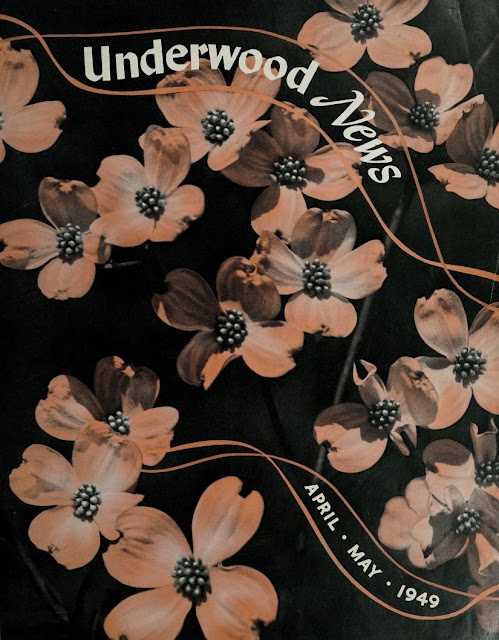 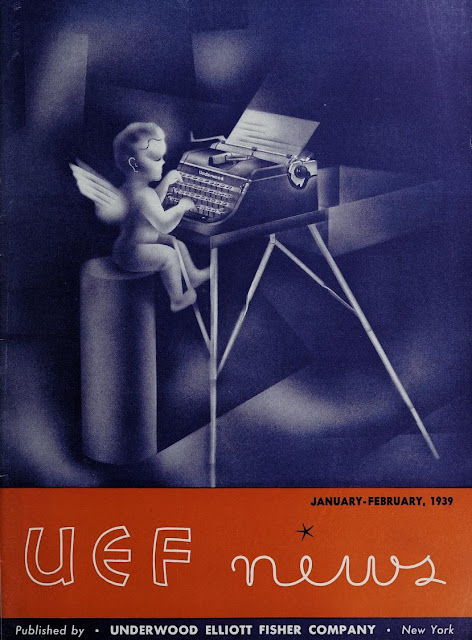 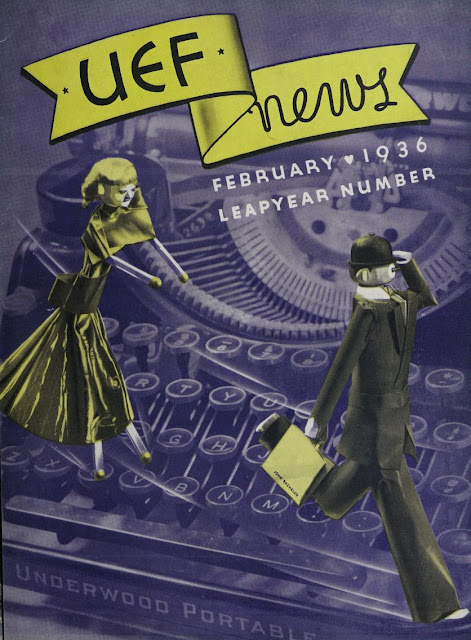 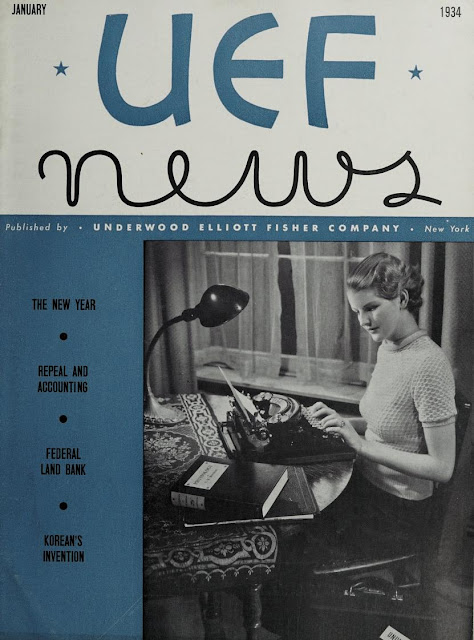 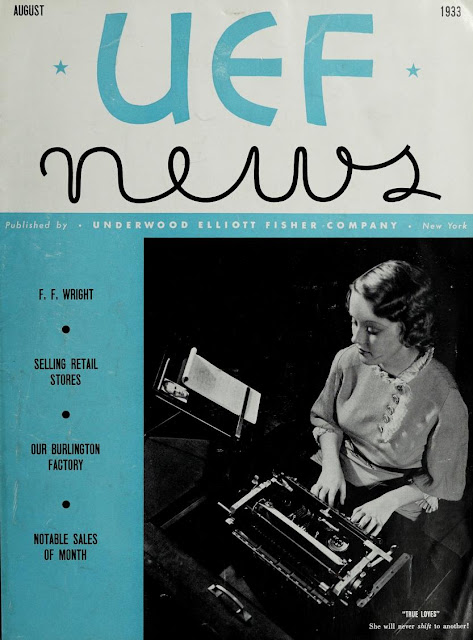 Posted by Robert Messenger at 21:19

The design flair, execution, and many of the concepts of these covers are far beyond what you'd expect from an industry magazine. (I particularly like the December 1934 issue, where the nine-year-old boy perches smartly above a shiny new portable typewriter, face beaming, while his father plays with the new model train set.) Thanks for collecting and sharing these!

Nice covers. I've seen the photo of the little girl and the one with the boy at a desk somewhere before. All the others are new. Good work Robert.

Great stuff -- the cartoons as well! Very much in the style of cartoons from the New Yorker magazine during the same period.

Looking at the August 1933 cover, I'm curious to know which state their Burlington factory was located in.

Thanks John, Bill and Nick.
Nick, it was a factory making typewriter ribbons and carbon paper in New Jersey

Ah, thanks for that information. There's a Burlington in Connecticut, Massachusetts and Vermont, so I was wondering if possibly it was one of those.