Neil the Lion and the SCM Office Typewriter 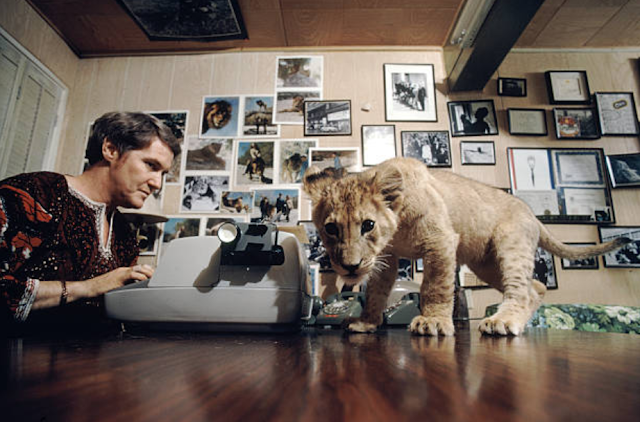 This is not Neil, merely a cub who was also a member of the Marshall-Hedren
household in May 1971.
In 1940, aged 15, Michael John Rougier lost his Russian-born lieutenant-colonel father, killed in action in Belgium, and was evacuated from his native England to Canada, with his Chilean-born mother. At the end of the war Michael started a career as a news photographer in Montreal, and, while on a cattle shipment assignment in Argentina, snapped a notoriously camera-shy Eva Perón. 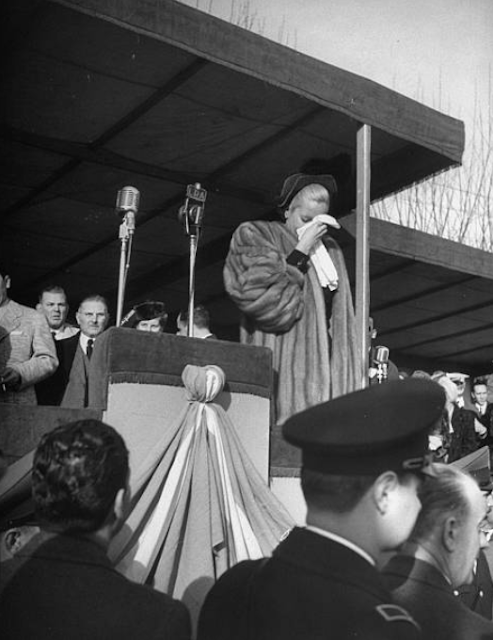 Eva DID cry for Argentina after all.
Rougier smuggled the film out and on the strength of that feat was hired on the spot by LIFE magazine in November 1947. He went on to cover the Korean War in 1951, the Hungarian uprising in 1956, the first Lebanese civil war in 1958 and Sugar Ray Robinson fights, and has an ice-free hill in Antarctica named in his honour (he fell down it during Operation Deep Freeze in 1964). Yet none of those adventures prepared him for his final assignment for LIFE, in May 1971. 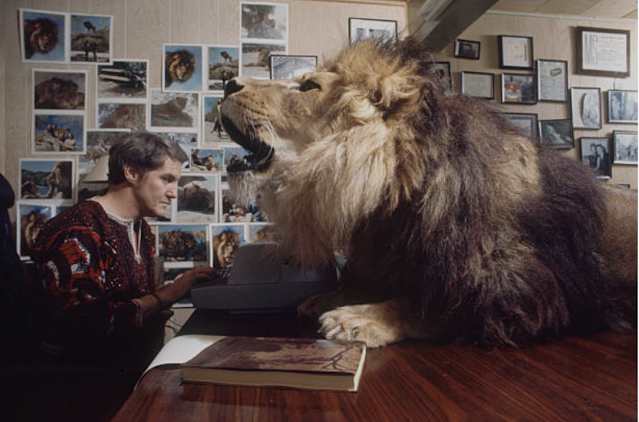 Rougier was sent to Sherman Oaks, California, where four or five days a week actress Tippi Hedren (1930-), her 13-year-old daughter (and future star) Melanie Griffith (1957-), Hendren’s then husband, agent and movie producer Noel Marshall (1931-2010), and a lion trainer called Ron Oxley shared a mansion with a 450-pound, nine-foot long lion, Neil (who used to play “baddie” lions in the 1960s TV series Daktari). Among photographs Rougier took were three of Marshall at his SCM typewriter in the presence of big Neil. 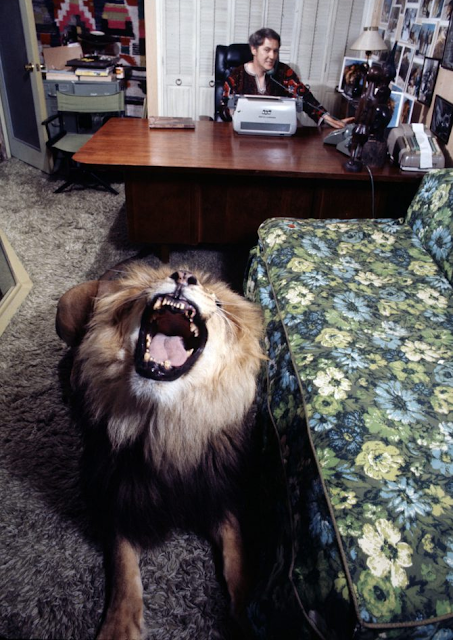 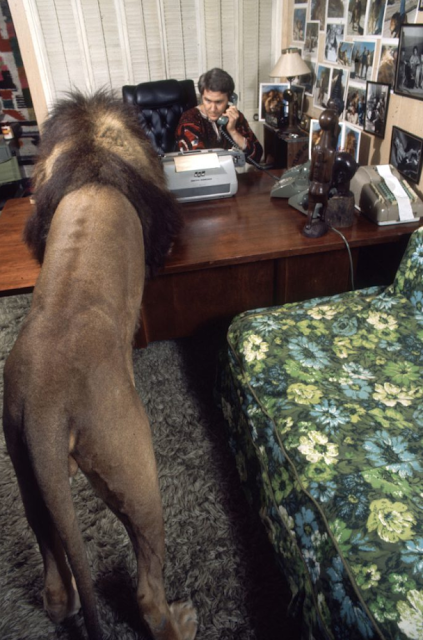 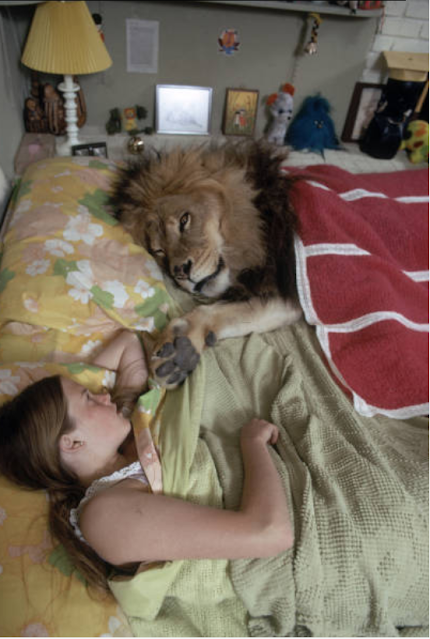 Melanie Griffith in bed with Neil. 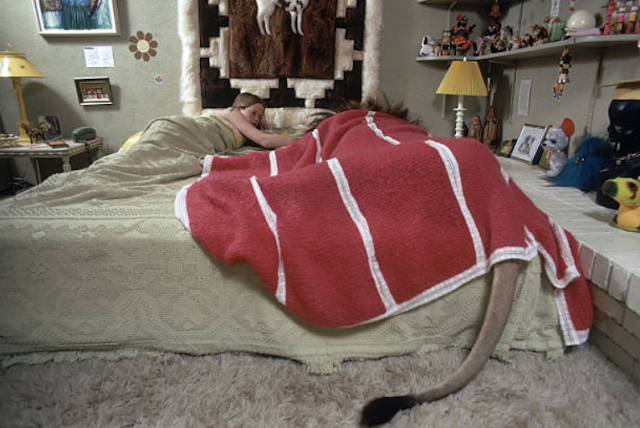 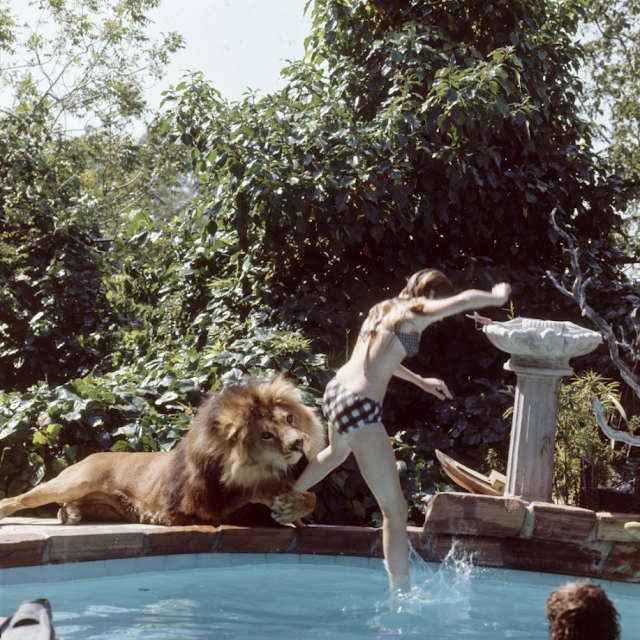 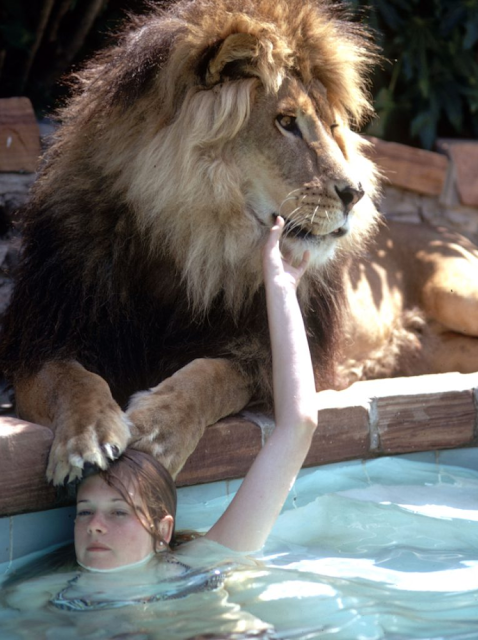 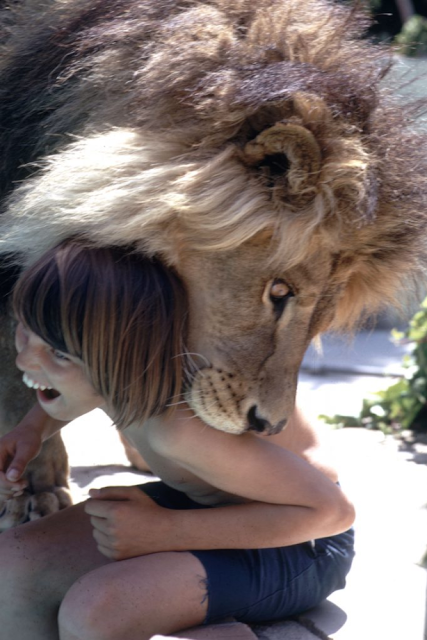 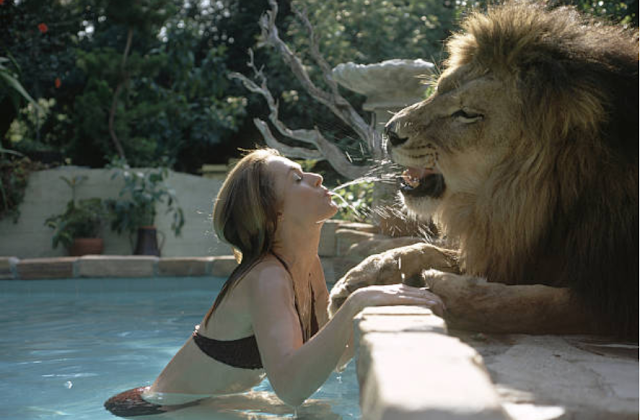 Tippi and the lion. 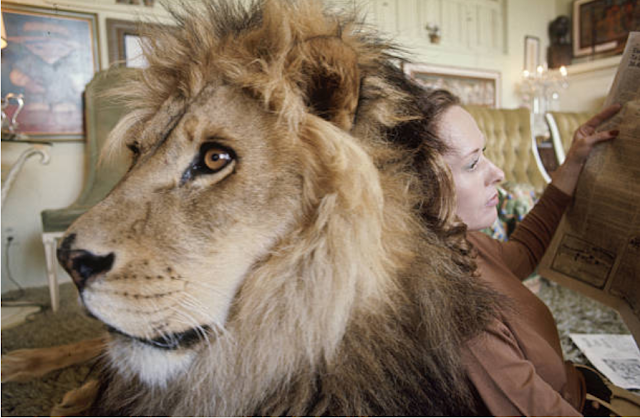 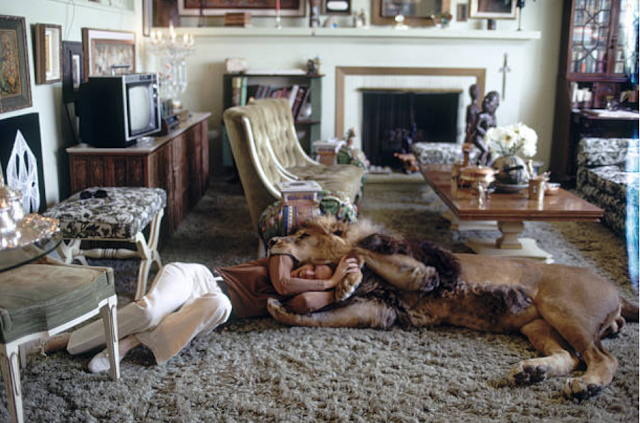 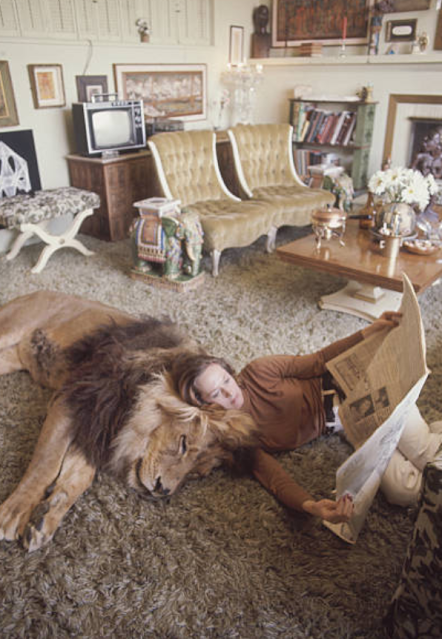 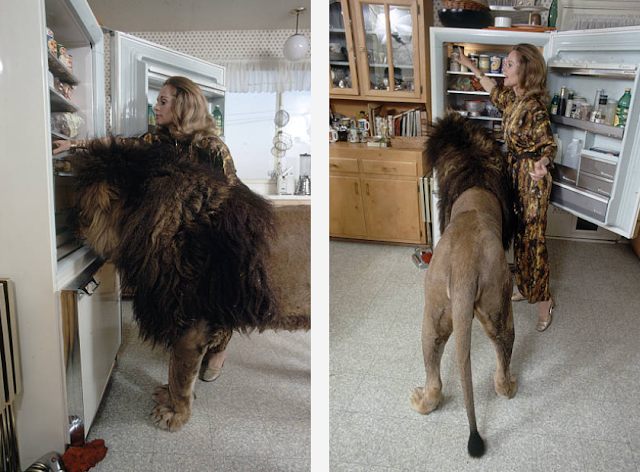 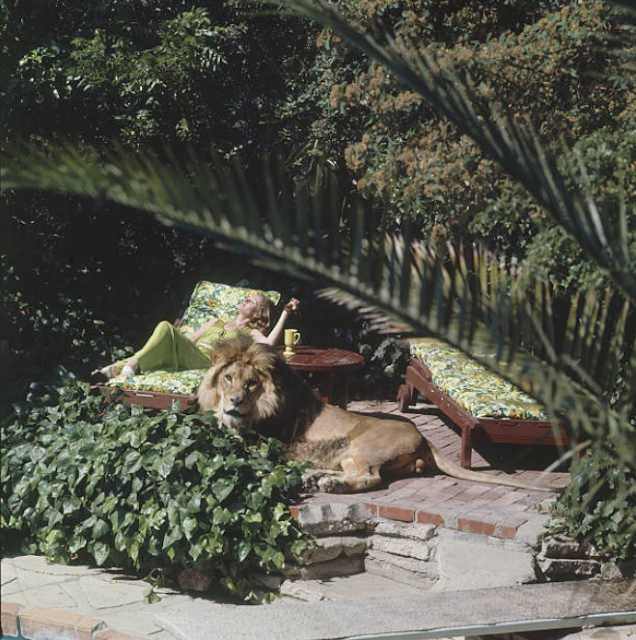 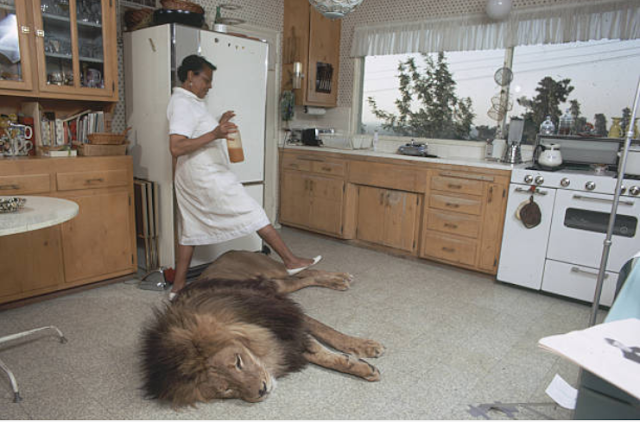 Hedren has since acknowledged that it was “stupid beyond belief” to put her family at risk by allowing an animal with “no conscience or remorse genes” to roam free. She said she “should never have taken those risks”. In 1969 Hedren had finished filming Mister Kingstreet's War in Africa when she and Marshall stumbled across an abandoned game warden’s house in Mozambique. It had been taken over by a pride of 30 lions who regarded it as their home. The encounter gave the two an idea for a feature film (which eventually became in 1981 the $17 million box office flop Roar) about a family who share their house with scores of lions, tigers and panthers. The movie was funded by Marshall’s earnings as executive producer of William Peter Blatty's 1973 The Exorcist.

Michael Rougier (below) did like photographing people at typewriters. These include actor James Mason watching his wife type, and reporter John Rosenfield of the Dallas News  (right of the double pic): 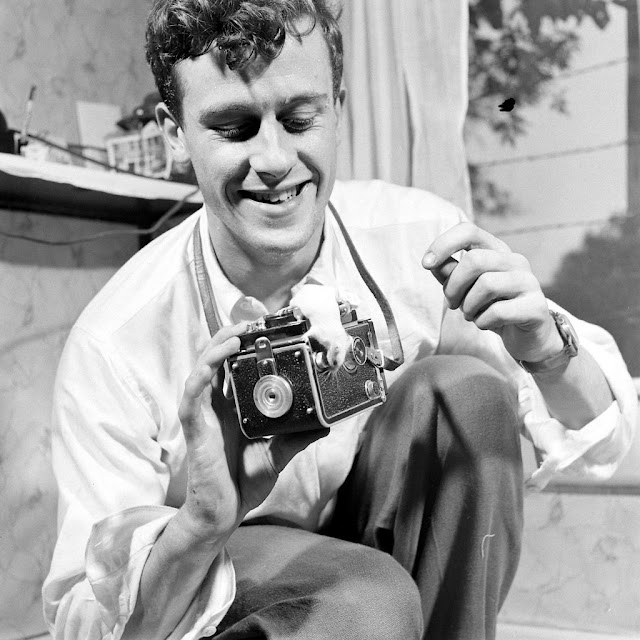 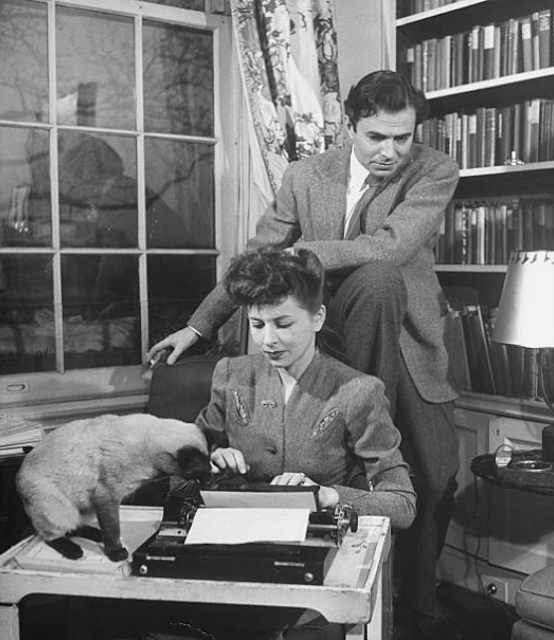 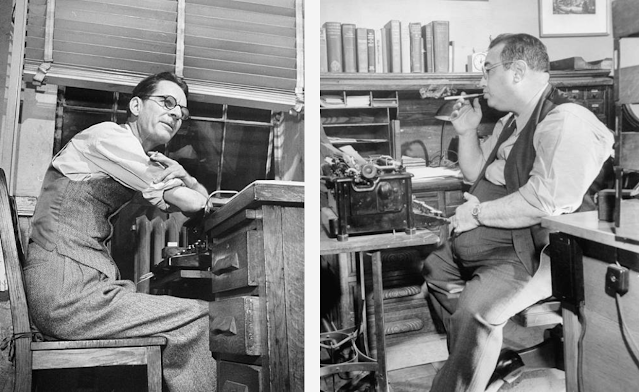 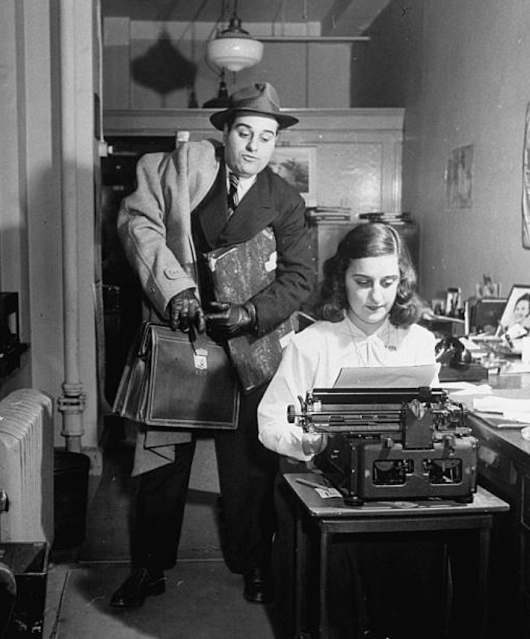 Posted by Robert Messenger at 17:28

There is nothing like a lion and a typewriter.