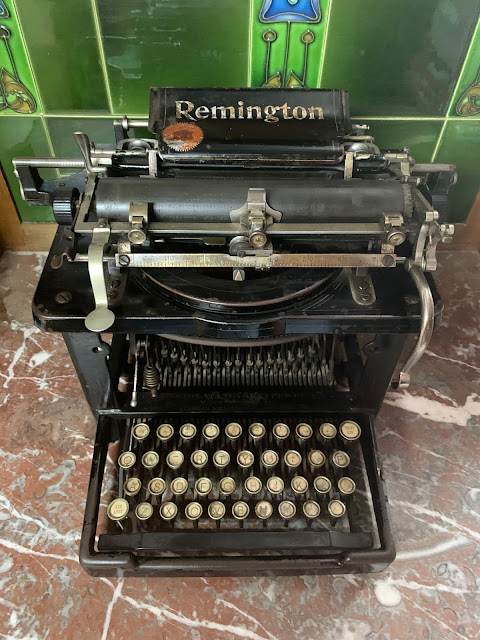 A Canberra antiques dealer dropped off this Remington last week, asking me to have a look at it and advise him on any work that needs to be done on it. I don't think I'll be doing anything other than clean it up a bit. After all, it's 125 years old and not just in remarkably good condition for that age, but typing very nicely. Mind you, while typing with it I was reminded of just how slow and difficult it is to use these very early "blind" Remingtons. This one has the serial number 22,903 and, judging by Ted Munk's Database, it was made in 1896. 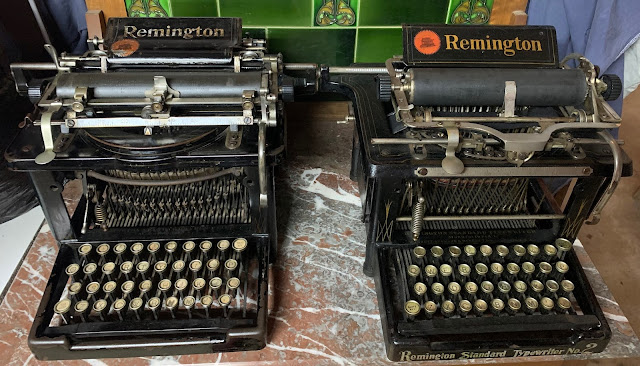 At first I thought, because of the serial number, it might have been a Model 2. But after placing my Remington No 2 (right) beside the visiting one, I started to have doubts. In a comment to the original version of this post, Richard Polt pointed out it was a Model 6, and reminded me of Alan Seaver's Remington rundown on the Machines of Loving Grace site. Alan had written, "The Standard No 6 marked the first major improvements in the Remington design since the No 2. Significant changes were made to the carriage design, escapement and ribbon advance." 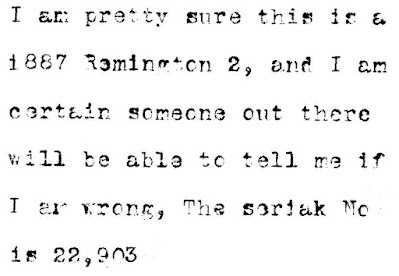 Above, a sample of my typing "blind" on the visiting machine. It is actually typing a lot better than my Model 2, which I've neglected for many years now. But the decals and pinstripes, as well as the bodywork in general, are in much better shape on my Model 2 than on the visitor. 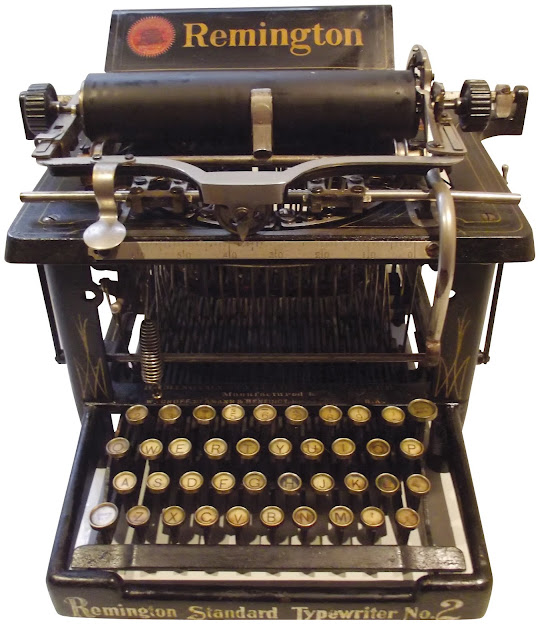 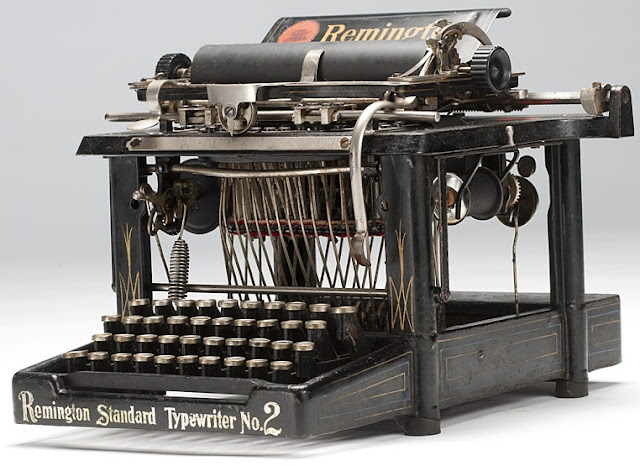 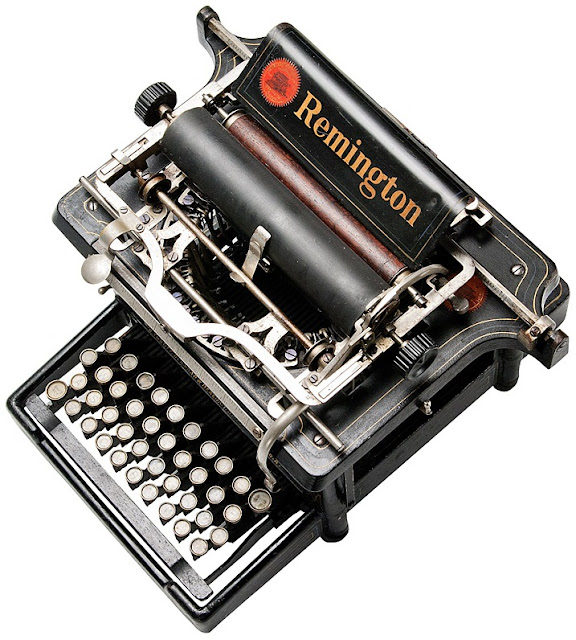 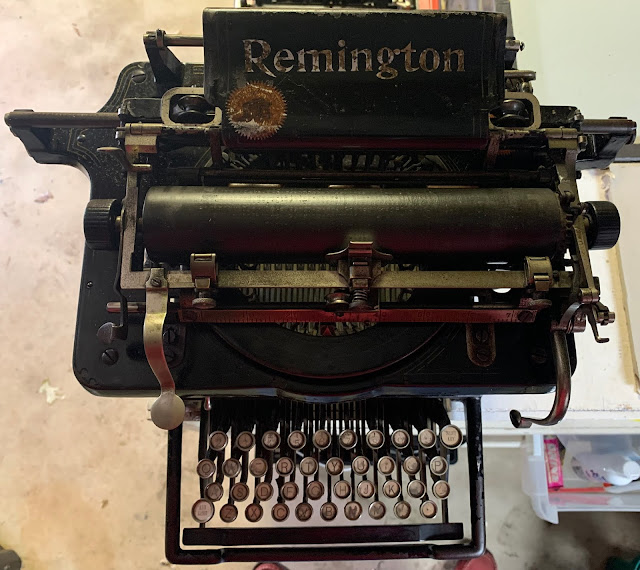 Posted by Robert Messenger at 13:57

I think a distinctive mark of the model 2 is the big wheel in front of the carriage and the pointer coming down from it onto the scale that is over the keyboard. (Usually there are also stenciled instructions on oiling and cleaning the machine on the paper table.)

I believe the machine that has been entrusted to your care is a later model, maybe a 6 or 7. I think those are the most common Remington blind writers.

Thank you so much, Richard. Yes, a 6. I should have had a look at Alan's rundown. I don't think I've dealt with anything between a 2 and a 7 before, so all new to me.

Looking at serial numbers on Ted Munk's Database, it appears it is an 1896 machine.