It has been a fair while (at least for me) since I last posted on this blog. But in the past week or so my mind hasn’t strayed from typewriters for very long. There’s been an awful lot to write about, just not much time to write it in. One of the many things I’ve been doing is tidying up my typewriter workshop. And, while taking a break from that, looking at images of typewriters online.

These two activities led to a crazy idea, a crazy idea that today came to fruition. In the workshop clean-up I had made a mental note of the number of spare parts portable typewriters suspended from the rafters – some of which, I knew, were still functional, though missing their masks. When I took a rest from moving things around outside, and had a bo-peep at some typewriters on Google, lo and behold up popped the cardboard Olivetti Lettera 32 made by British sculptor Chris Gilmour.

The seed of a plan was quietly sown. 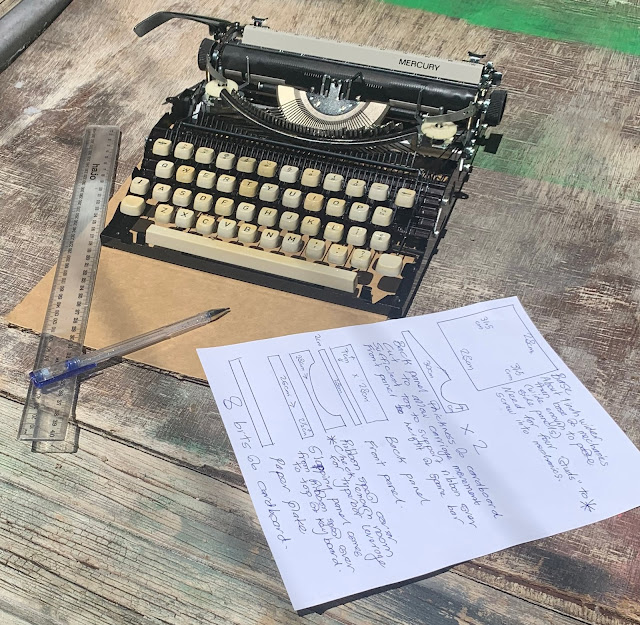 I’ve often admired Gilmour's clever work, while realising his cardboard typewriters are no more than just something nice to look at. What if one could actually type with such a thing? 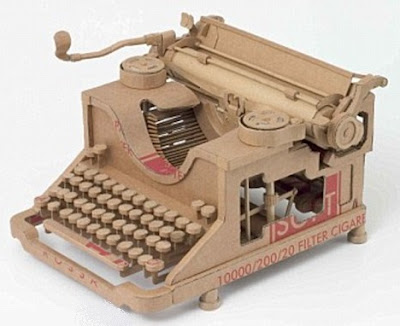 I’ve also been deeply impressed lately by the amazing things people are doing with typewriters before showing their work on Instagram.

Inspired by some of these efforts, and looking at Gilmour's cardboard typewriters, reminded me of the number of very large, thick sheets of cardboard I have stored in the shed – the result of things brought here for work done in the house in the past 18 months: double-glazing, renovating a bathroom and laundry, outside dining furniture. And so, yes, the thought did eventually come to me: cardboard + the innards of a portable typewriter = working cardboard typewriter!

After making a quick sketch on Sunday, the work was completed this afternoon. And here is the result: 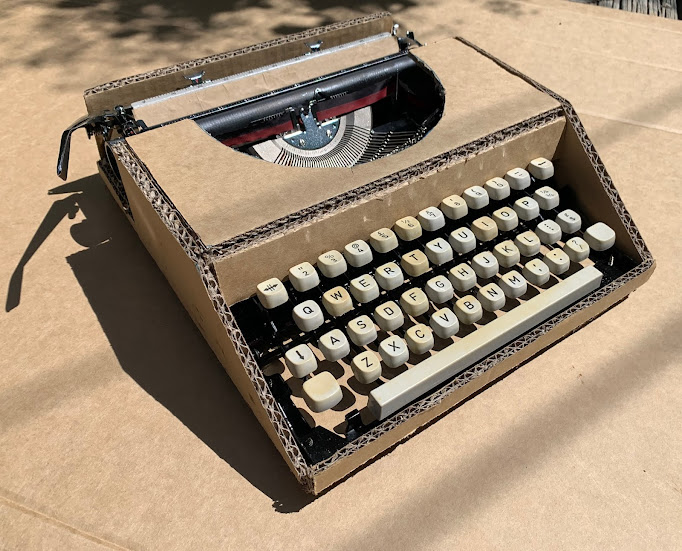 Posted by Robert Messenger at 21:06

Oh that's quite clever Robert. Very entertaining as well. I'm thinking that this could also serve as a rather small bulletin board of sorts. Whenever the shell became too worn with holes left by thumbtacks, it would simply be time to re-wrap with fresh cardboard.

Very creative! I wonder if the cardboard offers some sound-deadening property over the original plastic body shell.

Now that is a cardboard typewriter that's interesting rather than a boring prop :D