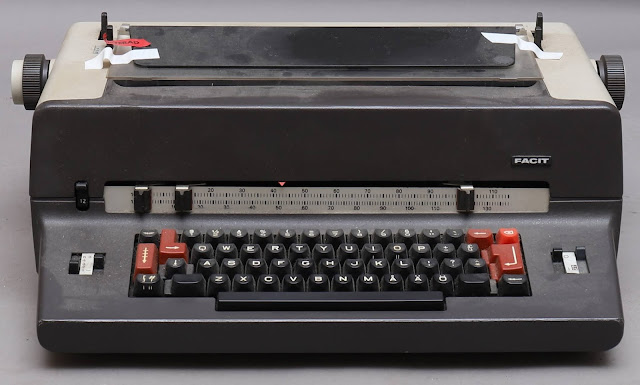 Continuing my story (last installment July 28, 2020) of a young wet-behind-the-ears school leaver, navigating a career with a Melbourne office equipment supplier, servicing all brands of typewriters, but specialising in the Swedish brand Facit.

One morning, on arriving at work, my boss, the shop owner and salesman, was in a somewhat furtive conversation with my supervisor Norm (the senior typewriter technician and my mentor). I had been at the organisation long enough to know not to eavesdrop on such conversations, as these were a regular occurrence and were often dodgy deals being hatched, so I took the hint and disappeared to buy a cake and drink from the milkbar next door. 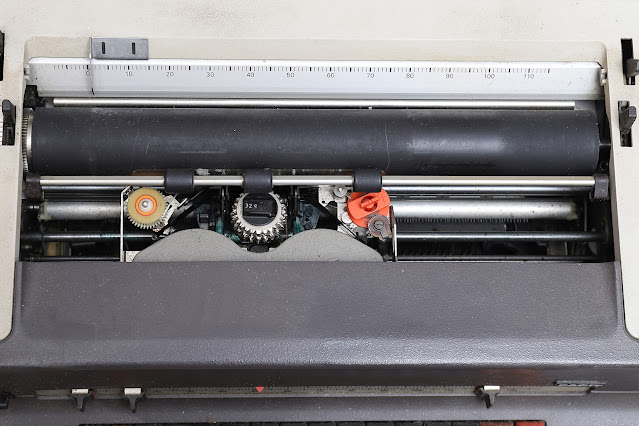 On my return, the boss somewhat sheepishly approached me and asked if I wished to partake in a week-long technical training course on the new Facit golfball typewriter about to hit the market. I couldn’t understand what all the cloak and dagger was about, but with hindsight, I suspect my boss was sounding out with my supervisor whether I would be technically capable and if it would be worth the investment in me being off the tools for a week’s training.

Well, you could have knocked me over with a feather – this training offer was beyond anything I had been expecting. Not only had my supervisor given me the tick of approval, which in itself was a huge ego boost, but my boss was giving me the opportunity to become the “golfball specialist” within the company. My supervisor was a very old school typewriter mechanic, having come up through the ranks of what was then almost a full-blown apprenticeship, albeit not a recognised trade. He nevertheless had spend many years with a company called Sydney Pincombe, then later with Philips when they bought out Facit. What he didn’t know about manual and electric Facit typewriters wasn’t worth [type]writing about! However, golfballs always seemed to be a bit beyond him, or maybe he wasn’t inclined to want to learn of their intricacies late in his career. I, on the other hand, was a very enthusiastic young lad at the time, always willing and eager to learn about new mechanical devices and concepts. 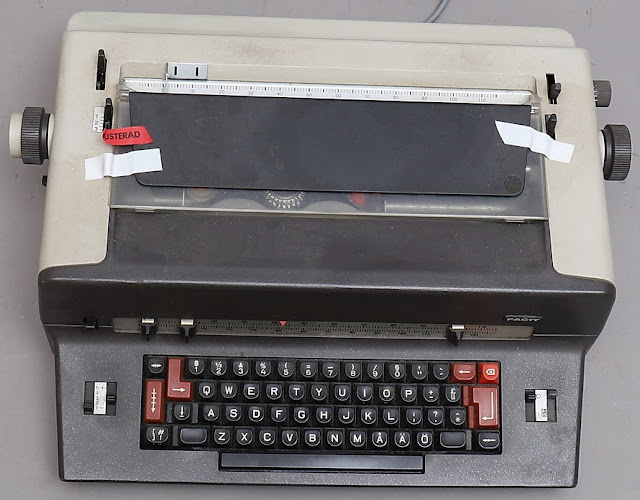 Norm took me into the training facility, so that he could introduce me to some of the fellow technicians, who, while they were with opposition companies, he obviously knew by first name. I also arrived late in the morning, when the class had already started, further adding to the mystique around the last-minute decision to send me on the course rather than Norm, who was obviously enrolled in the course originally.

I couldn’t contain my excitement of being there. I may as well have been starting on a rocket maintenance course, such was the regard I held for these complex machines that I was to spend the next week playing with. I was also the youngest chap in the course, which further boosted the sense of self-importance I felt within myself by being there amongst a group of very experienced technicians. Many of the course participants went on to become long-term associates, with one in particular displaying dodgy business practices just like my current employer (more of this in later installments, no doubt).

June 1978 Australian newspaper ad
The IBM golfball was regarded in the industry as something quite untouchable, as IBM had a very tight control of the market for its machine. It was only sold through their own sales channels, and the spare parts and service literature was very tightly controlled, making it extremely difficult for small dealerships such as ourselves to be able to service or repair the complex machines. In fact IBM behaved in many ways similar to, say, a Mercedes dealership does today by restricting availability to service manuals, mechanic specialist training and software diagnostics, so the local mechanic has no hope in being able to service these cars. It was at this time (around the mid-1970s) that the worldwide patent on the IBM golfball ran out, allowing all the other manufacturers to step in and take a slice of a lucrative market. They also had an advantage in looking back on some 20 years of stifled progress and to be able to come out with some very innovative approaches to golfball typewriter designs, by not being shackled to having to keep a flawed design in production to get return on sunk investment costs. Ford suffered the same fate with the Model-T car in that they would not, or could not, change the basic design for decades while new innovations came to market from nimble competitors. 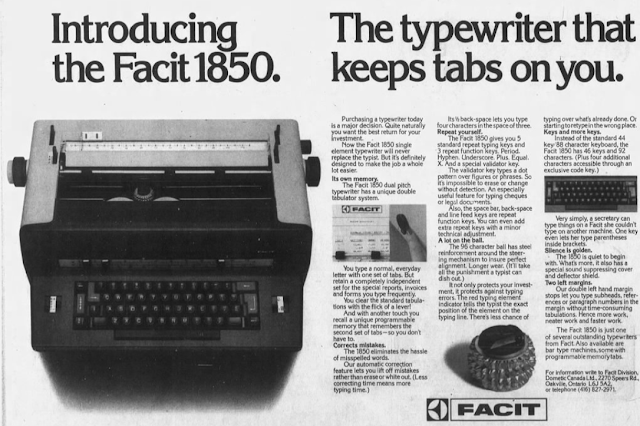 March 1977 United States newspaper ad
Facit was one of those manufacturers who turned the golfball design on its head, coming up with a machine that addressed all that was wrong with IBM’s somewhat tired and dated offering. Many of the parts in the IBM that either broke or needed constant adjustment, due to inherent poor design, were simply engineered out of existence due to the new crisp and stylish Swedish design.

During training, we each had a brand-new machine to play with for a week, under the guidance of an engineer from the factory in Sweden. Facit had just been bought out by the multinational Electrolux group, of vacuum cleaner and whitegoods fame. I spent a week pulling my machine apart and putting it back together and adjusting it to make it all work again. We had the opportunity during that week to take apart components that ordinarily wouldn’t have to be disassembled during the life of the machine. We really got to know the inner workings of those typewriters! 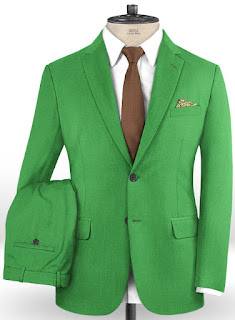 The instructor’s first language wasn’t English, and the class got accustomed to this and managed to adapt so that he could understand us and we could understand him. However, there was a somewhat amusing yet delicate episode when one day the instructor wore his stylish (in Europe, no doubt) suit to the class. It was a VERY lairish shade of green (almost like Kermit the frog), and it was somewhat difficult for the class to contain themselves and to stop sniggering and breaking out into uproarious laughter throughout the day. Towards the end of the day, one of our fellow students made a side joke in what we thought would be a disguised manner, by weaving some Australian slang into the statement to try and hide the fact we were poking fun at the instructor’s dress sense. Well,  the instructor obviously had a better command of English than we’d bargained for and he turned somewhat red with rage. Having put up with us  whispering about him all day, this last joke was the final straw. Needless to say we toned it down after that episode and didn’t pick on the instructor anymore.

After the course finished, we all said our goodbyes and went out into the world equipped with the knowledge to become Facit golfball typewriter experts. To this young lad, it was a pinnacle of my career path. I was about to embark on what were, to me, very exciting times. 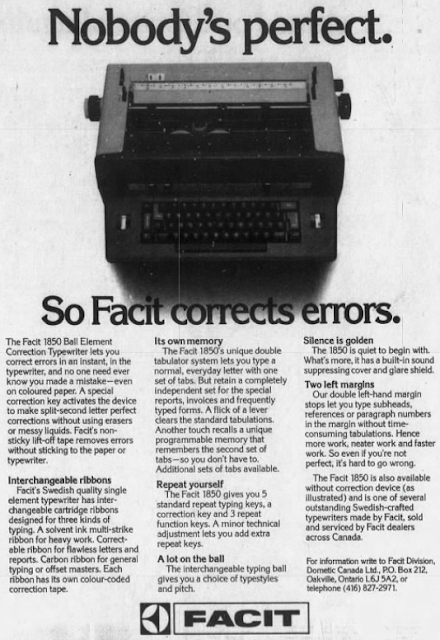 The golfball typewriter was a very expensive item, retailing at around $1800; considering that an average family-sized car cost around $4000 at the time, this will place the cost of the typewriter at probably $22,500 in today’s money – a huge investment for a company, and one usually only made for executive secretaries. There were very few of these machines sold to home users - they were almost purely a corporate business tool. There was good markup to be had on them as well, which led to some very competitive sales tactics amongst the small fraternity that was the office equipment supply market in those days.

We had the advantage of having a large number of Facit service contracts, which also gave us a shoe-in for sales. I suspect that the bulk of the customers we had on the books came as a result of Philips relinquishing the Facit franchise, as staff at our shop were ex-Philips employees. Also, a gift to us was that not many of the other smaller typewriter shops seemed to have anywhere near the range of Facits under contract as we did, nor did they seem to have a desire to step into that space, as it was somewhat a niche market compared to IBM and Remington, who had a huge portion of the market. 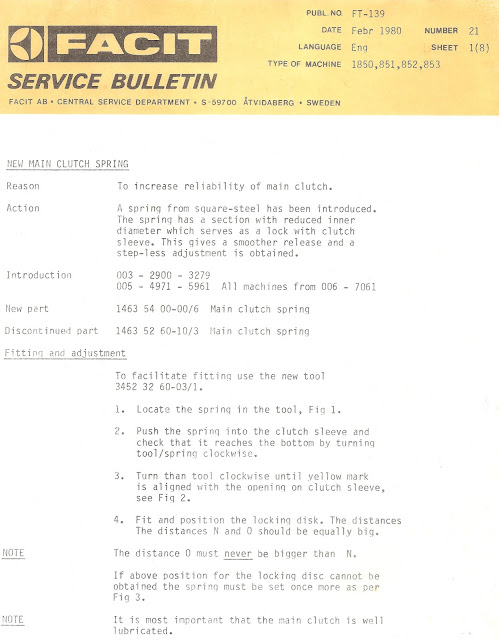 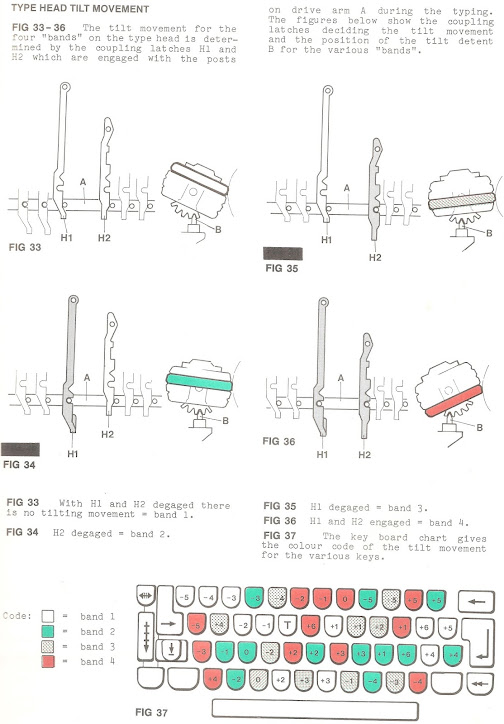 Over time, we very successfully migrated many of our customers from the Facit 1820 (a very robust workhorse of an electric typewriter) to the Facit golfball - the model 1850. But with success comes some angst as well, as we soon discovered that there was a design flaw in one of the components that controlled the shift function (in a golfball, this is achieved by rotating the ball through 180 degrees, compared to lifting the conventional typebar basket up and down, or in the case of many portables, shifting the platen up and down to make the upper or lower case letters strike the paper). Because of the speed that the golfball operates at, this part was under a lot of stress and would break after about a year in service, and due to the design of the Facit 1850, a complete module had to be replaced. Eventually a better designed mechanism came out in the next model release, but this would have cost our Australian wholesaler a fortune, as it was its responsibility to make good on all of this disaster. We would have replaced dozens (hundreds perhaps) of these modules; it’s not just the cost of the effort in physically replacing the part, the pick up and dropping back of the typewriter to the customer (it wasn’t practical to do this job onsite), but there was probably untold loss of goodwill and the customers’ faith in Facit as a product, after having invested much of their hard-earned capital in a fleet of typewriters. 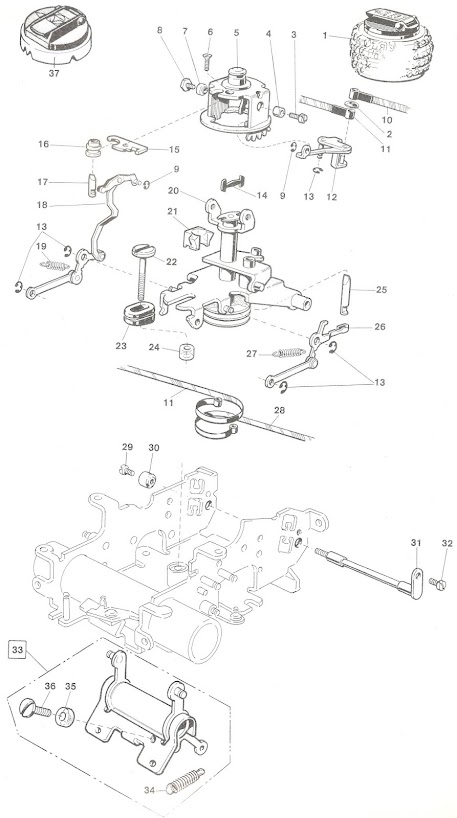 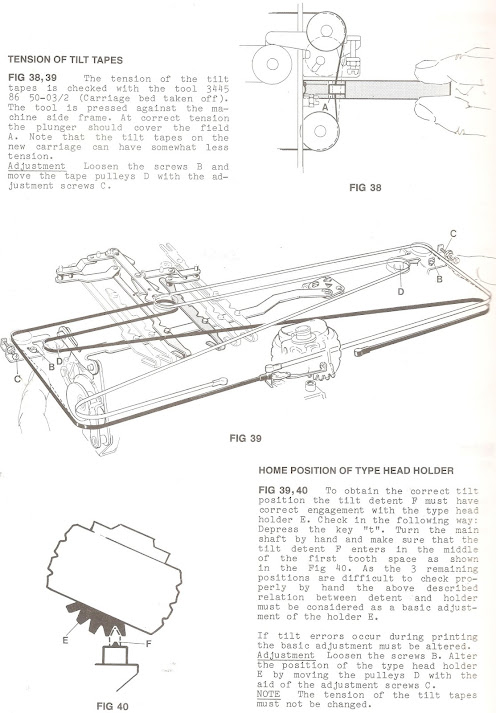 I don’t know if it was all of this, plus the logistics of the wholesaler having the unexpected impost of having to import all those replacement parts, that contributed to their ultimate demise a few years later, but there were other factors at play with this particular wholesaler. It simply wasn’t a big enough set up to be able to service their network of resellers Australia-wide in the way that Philips used to be.

I thoroughly enjoyed the years in which I had the good fortune to work on Facit typewriters, and in particular my privileged opportunity to specialise in the Facit golfball. They stood me in good stead when I was to later apply for a job at Remington, which turned out to be another major turning point in the career of this naive young lad.

I guess IBM Selectric flaws were not as bad as Facit noted since there are still many IBM Selectrics in use and few Facits. I've also never seen a Facit golf ball machine in real life or for sale.

I have never run across a Facit golf-ball machine either.

The price tag on these things was astounding!