It has taken the best part of five weeks for us to get an expert to come and take our bee swarm away. There has been, apparently, a massive demand in Canberra this strange spring from people trying to get help in dealing with established colonies of bees. The Canberra Region Beekeepers Association lists 24 contacts on an online Swarm Collector List, but our best efforts in reaching out to them were fruitless until this week, when one man finally agreed to come to our aid. The swarm was on a beam outside the Japanese Studio, where usually the only humming can be heard from a collection of ancient typewriters. For a while, dead bees, trapped inside the studio, outnumbered typewriters. Normal service has now resumed. We gather someone close by is a beekeeper, as queens don't travel too far. Anyway, our majesty is now on her way elsewhere, along with her thousands of loyal subjects. 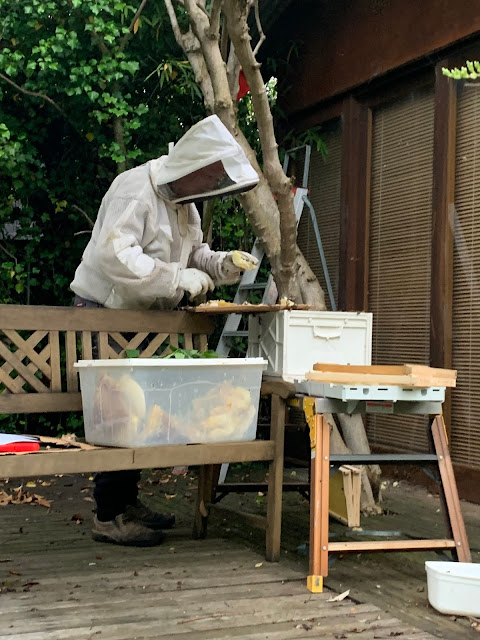 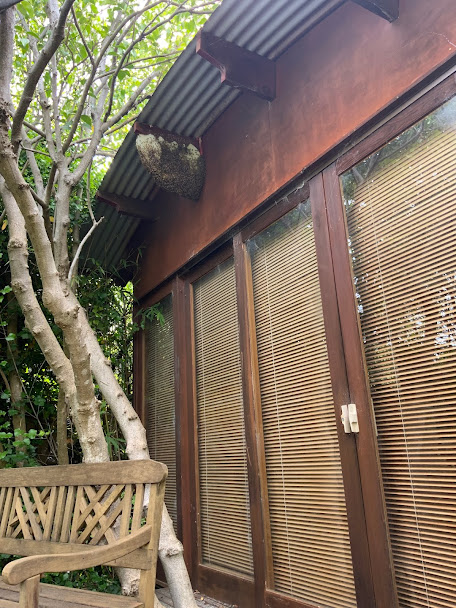 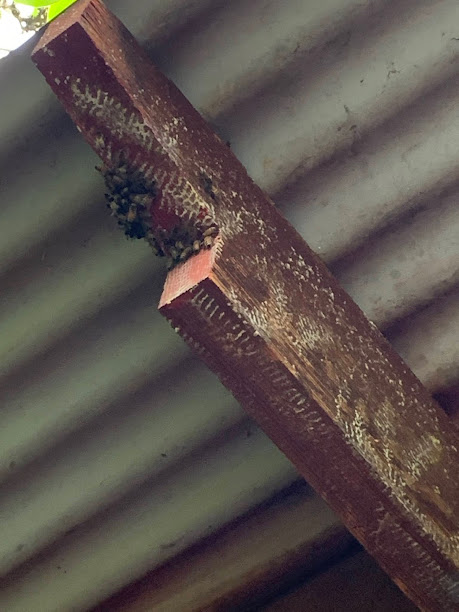 Earlier this month, a swarm of bees was found attached to a car in the city centre: 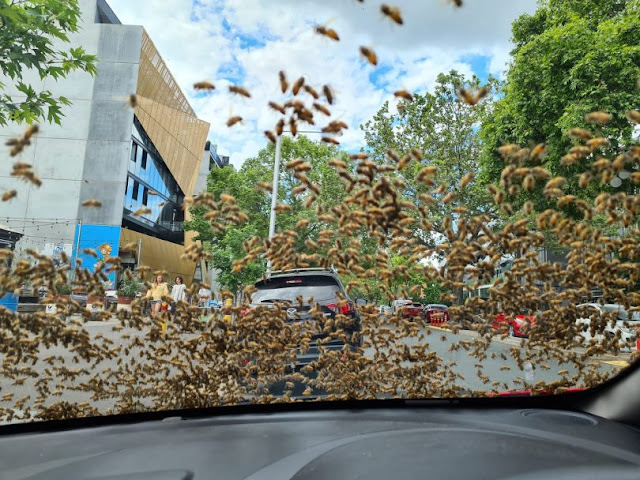 Posted by Robert Messenger at 12:06