On This Day in Typewriter History (XVIII)

Today we salute Franz Xaver* Wagner, perhaps the greatest typewriter inventor of them all. Certainly typewriter historian Michael H. Adler seems to have no doubt. Referring to Wagner as “ubiquitous” (as well as “prolific and versatile”) on numerous occasions, in both of his definitive works, Adler said Wagner’s skill “placed him at the top of his profession”. 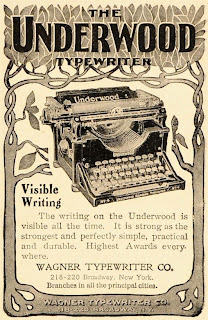 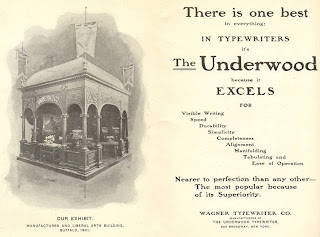 In Antique Typewriters, Adler wrote, “The design requires little description for it was destined to become the prototype for future generations of typewriters the world over … a fact lamented principally by all succeeding generations of typewriter collectors. The age of standardisation had indeed dawned.” (Image here from the Koblenz technical museum, see reference below.) 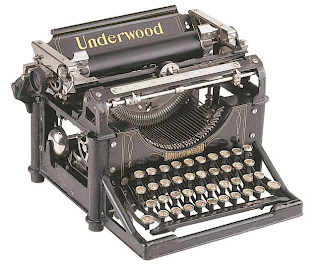 Wagner reached the “ultimate” through 15 years of experimentation and experience. As Adler said, by the early 1890s Wagner had already “held patents for machines of all kinds, employing just about every imaginable system, from segmented combs to linear index”. 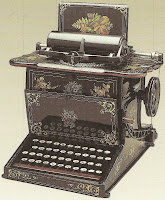 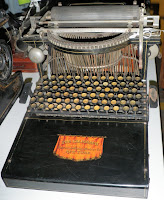 Claiming (and apparently rightly so) credit for Wagner for significant input into the development of almost all the early typewriters - from the Sholes and Glidden (above, left) to the Caligraph (above, right), the Yost (below, left) and the Densmore (below, right) (Wagner’s name is certainly on the Densmore design) - Adler lists in The Writing Machine some of Wagner’s independent design ventures. 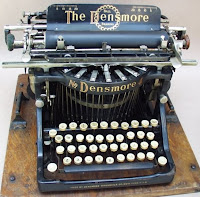 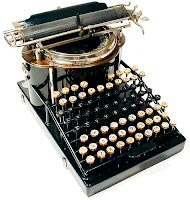 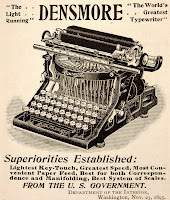 These include a swinging sector machine (1880), a swinging segment comb (1884), an upstroke in which the typebars rocked to select upper and lower case (1885), a typewheel machine with swinging indicator (1887), a linear index (1888) and a keyboard machine with type on linear combs (1889) - “and so on” (as if that wasn’t enough!). And during this time he also designed for Henry Harmon Unz the National (below, image by Uwe Breker). 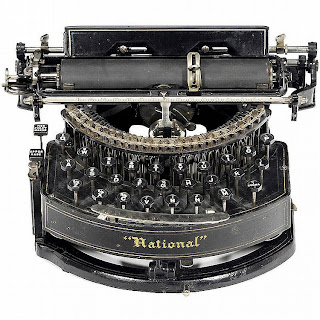 This is all, of course, before Wagner moved on to the design for the frontstroke Wagner (1893) which two years later became the Underwood.
It was it on this day in 1887 that Wagner was granted the patent for what Adler described as the “typewheel machine with swinging indicator”. 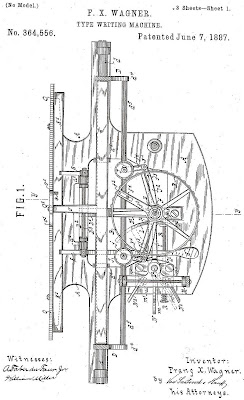 Wagner’s own description included such terms as rotary typecarrier/typewheel (with two or more rows of type) on a pivoted/inclined cam, vibrating platen-carriage, inking-rolls, spring-pressed cam constructed to swing radially and support the typecarrier, and finger-piece and thumb-piece for adjusting the position of the typecarrier to bring either row of type to the level of the printing line. 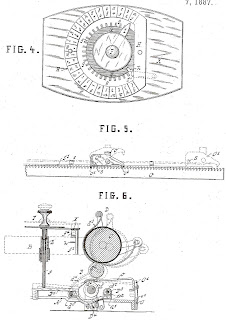 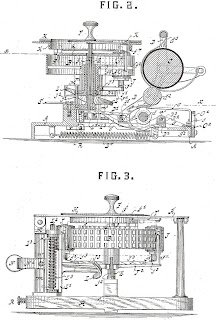 It seems that from working with the upstroke Sholes and Glidden, and even while helping design the Caligraph, Yost and Densmore upstroke machines, Wagner was increasingly aiming at a means of visible writing, whether it be through a typewheel or a shuttle similar to the Hammond’s, and even the use of an indicator or index rather than a keyboard. What appears to be the first tentative step toward a keyboard-frontstroke mechanism design was patented by Wagner in 1889. 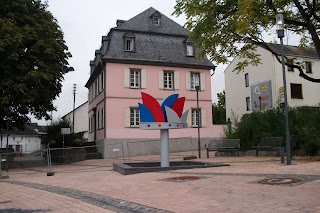 Franz Xaver Wagner was born on May 20, 1837, in Heimbach-Weis (above), a district of Neuwied, a town in the north of the German state of Rhineland-Palatinate which lies on the right bank of the Rhine, 12km north-west of Koblenz. Uwe Breker says a plaque was many years later erected to honour Wagner, at his birthpace at No 92 on the main street of Heimbach-Weis, and that the National Museum Koblenz, a technical museum in Rhineland-Palatinate, has a collection dedicated to Wagner’s inventions.

Wagner’s mother Maria (nee Wertgen) died when he was 12. At 18 Franz Xaver began an apprenticeship as a mechanic in Neuwied (below). He moved to Stuttgart and in 1860, aged 23, designed a sewing machine which went into production.

At the age of 27, in 1864, Wagner immigrated to the US. He married Sophia the following year and in the next 10 years the couple had five children. Wagner was to give joint credit for his frontstroke design to his eldest son, Hermann, born in 1870. 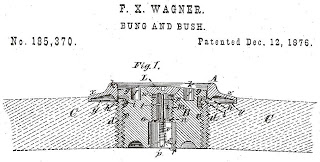 Uwe Breker says Wagner set up his own engineering company and that one of his first designs in the US was for a water flow meter. In 1876 he patented bungs and bushes for casks (above),which he assigned to Gustav A. Wambach, and earlier that same year a sea-sounding and alarm device (below) which he assigned to Abraham Schoenberg. 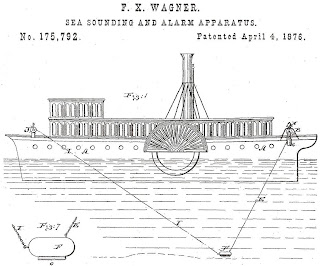 It is widely accepted that Wagner over-committed himself financially on his own Wagner frontstroke typewriter enterprise, a situation which gave him no choice but to sell the rights to the design to John T.Underwood (although it is interesting that advertisements shown at the top of this post have the Underwood as a Wagner product). Uwe Breker says Wagner visited his homeland again in 1904. He died in New York City, aged 69, on March 8 1907. Hermann died a year later. 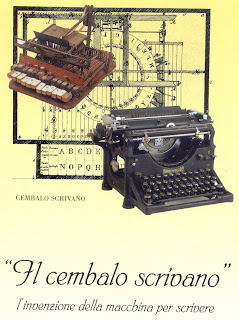 *A clarification of the spelling Wagner’s second name. He is often referred to in English-language publications as Franz Xavier, and indeed he signed himself as such in some US patent applications. Xaver is of Basque origin and is used mainly in the German language, notably in Austria and Bavaria. Xaver is a variant of Xavier (English, French, and Spanish). Xaver is pronounced Ksaber and is usually used in addition to Francis (as in St Francis Xavier) as Franz-Xaver. We take the spelling from Uwe Breker’s extensive research on Wagner. 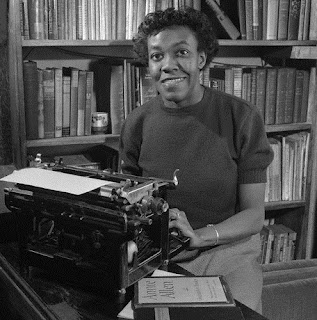 On this day in 1917, the American poet Gwendolyn Elizabeth Brooks was born in Topeka, Kansas. She died in Chicago on December 3, 2000, aged 83. Gwendolyn Brooks won the Pulitzer Prize in Poetry in 1950 for Annie Allen, and was appointed Poet Laureate of Illinois in 1968 and Poet Laureate Consultant in Poetry to the Library of Congress in 1985. She was only the fifth woman and the first African-American to win the poetry Pulitzer. She is seen here typing at home in Chicago in 1950, as a “32-year-old housewife and part-time secretary” and the mother of a nine-year-old boy [Henry Blakely Jr; Nora Blakely was born the following year] and the wife of Henry Blakely, partner in an auto repair shop. 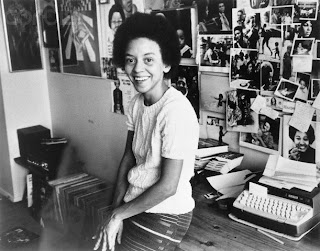 Another American poet, Yolanda Cornelia “Nikki” Giovanni, was born in Knoxville, Tennessee, on this day in 1943. She turns 68 today. Giovanni is also a noted writer, commentator, activist and educator. She is a professor of English at Virginia Tech. She is seen here in her office, aged 29, in 1973.

Posted by Robert Messenger at 13:41