On This Day in Typewriter History (XIV)

JUNE 3
Saluting
Darien Wadsworth Dodson (1860-1940):
The world's most persistently unsuccessful typewriter inventor - ever.
Darien Wadsworth Dodson was born at Town Line, Pennsylvania, on November 14, 1860, the son of Osborne Samuel Dodson. Darien Dodson, an engineer by trade, was first granted a patent for his multiple typewheel typewriter on this day in 1884, when he was just 23 (he had applied for it exactly 13 months earlier). 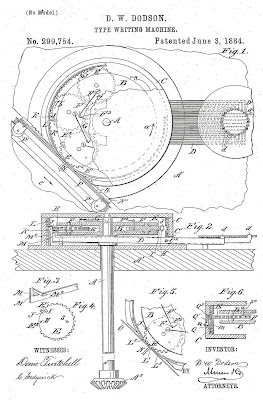 Typewriter historian Michael H. Adler was aware of Dodson’s patent when he wrote his two definitive books, The Writing Machine: A History of the Typewriter (1973) and Antique Typewriters: From Creed to QWERTY (1997), but he dismissed Dodson in a few words; in his first book, Adler said the Dodson typewriter was “impractical”. Nonetheless, Adler appears to be the only typewriter historian to have taken any notice of Dodson. I certainly can find no references to Dodson’s typewriters in any other works.
Dodson was not discouraged by his inability to get his first typewriter design into production. He simply refused to give up on it. From 1880 (when he was still 19) until 1889, Dodson and a friend, Francis H.Richards, of Springfield, Massachusetts, worked together on gearing, mechanical movement, and carriage driving and key mechanism designs to apply to the Dodson typewriter to make it more workable.
After 1889, Dodson continued to press on alone, increasingly concentrating his efforts on the successful application of multiple typewheels in a typewriter – he started out with two and three, but some of his designs had as many as four. 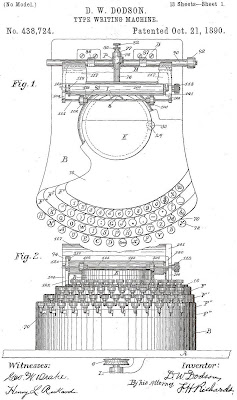 Finally, in 1890, Dodson was able to come up with an improved typewriter design, one of which Adler was unaware. This machine had four typewheels with “independent orbital and axial rotary movement”. It also had a four-bank, semi-circular keyboard and a high, solid front which almost gave it the appearance of a German Kanzler. For all that, this Dodson typewriter does not appear to have gone into production, either.
Perhaps abandoning his typewriter-inventing dreams, there was a 19-year break in Dodson’s applications for patents. In the meantime, he had moved to Wilkes-Barre, Pennsylvania, and then on to Hartford, Connecticut. 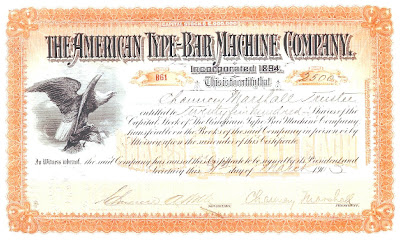 In 1909 Dodson was contracted by the American Type-Bar Machine Company and assigned to this company various of his inventions, for dies, for character bars, and for a machine to form characters.
The New York City-based American Type-Bar Machine Company had a charter issued and was incorporated in 1894. Its president was Chauncey Marshall and its objectives were “acquiring and developing certain inventions and improvements pertaining to the art of printing, manufacturing, selling, type-bar machines".
Dodson was still being granted patents in 1923, aged 63, when he was living in Dorranceton, Pennsylvania, and had invented “hydraulic rams”. He died in 1940, aged 79. 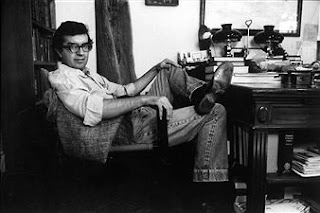 Typewriter-loving Larry Jeff McMurtry (born in Archer City, Texas, on this day in 1936; he turns 75 today) was photographed (above) on October 1, 1978, by Diana Walker for Time-Life, at McMurtry's suburban Washington home. McMurtry is a novelist, essayist, bookseller and screenwriter whose work is predominantly set in either the old West or in contemporary Texas. 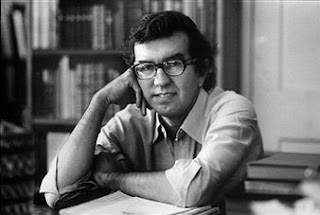 He is known for his 1975 novel Terms of Endearment, his 1985 Pulitzer Prize-winning novel Lonesome Dove, a historical saga that follows former Texas Rangers as they drive their cattle from the Rio Grande to a new home in the frontier of Montana, and for co-writing the adapted screenplay (from a short New Yorker story by Annie Proulx) for Brokeback Mountain. Lonesome Dove was adapted into a television mini-series and Terms of Endearment was adapted into an Academy Award-winning movie. McMurtry also wrote the brilliant Hud and The Last Picture Show. When, on January 16, 2006, McMurtry won a Golden Globe (above) for his work on Brokeback Mountain, in his acceptance speech he thanked not his family or friends or colleagues, but his typewriter. He said, “My typewriter is a Hermes 3000, surely one of the noblest instruments of European genius. And, ladies and gentlemen, can you believe it? It's kept me for 30 years out of the dry embrace of the computer.” 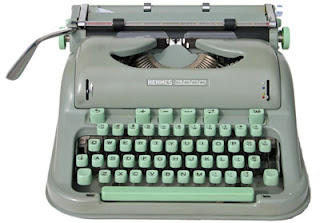 There was an commercial break after McMurtry’s speech, during which a Hermes 3000 for sale on eBay in the US went from $20 at 6.32pm to $330 in eight minutes - at one point from $99 to $200 in one bid.
Later McMurtry, talking about his Hermes, said, “I tried to take my typewriter through airport security, and they took it apart," he said. "They've forgotten what they are. They thought it was a bomb." To which his fellow Golden Globe winner Diana Ossana said, "Oh, they didn't think it was a bomb. They just didn't know what it was." 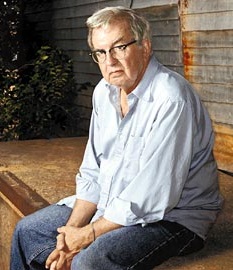 McMurtry said he had seven Hermes 3000s, including one in Virginia, another in California, another he carried with him on his coast-to-coast drives, and one at the McMurtry ranch near Archer City.

Another famous American writer born (in Newark) on this day in, 1926 was poet Irwin Allen Ginsberg. He died, aged 70, in New York City on April 5, 1997. Ginsberg was a leading figure of the Beat Generation and his epic poem Howl celebrated his fellow "angel-headed hipsters" and excoriated what he saw as the destructive forces of capitalism and conformity in the United States.
The self-shot photo above is of Ginsberg typing in his kitchen in San Francisco in 1955. 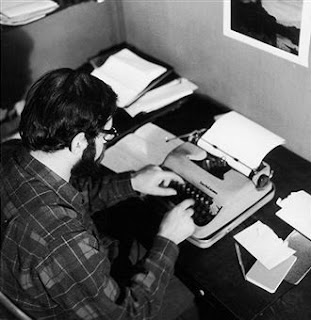 These photos are of Ginsberg typing on a Smith-Corona portable in his apartment at 170 East 2nd Street, New York, on January 9, 1960. 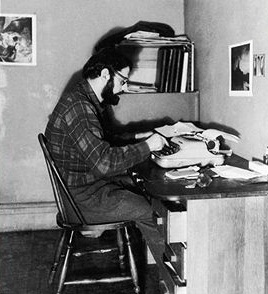 Britain’s King George V was born at Marlborough House, London, on this day in 1865. He died in 1936. He is one of the few monarchs to give royal approval to a typewriter. He declared the Imperial Typewriter Company of Leicester, England, to be his “typewriter manufacturer by appointment”. Early models of the Imperial Good Companion portable carried his colourful and ornate royal seal on the front left of the ribbon cover (this IGC Model 1 from my own collection): 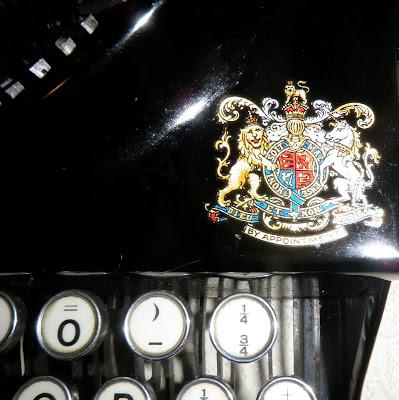 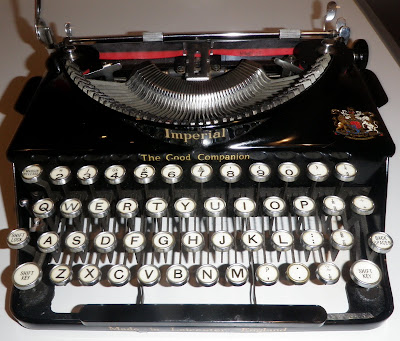 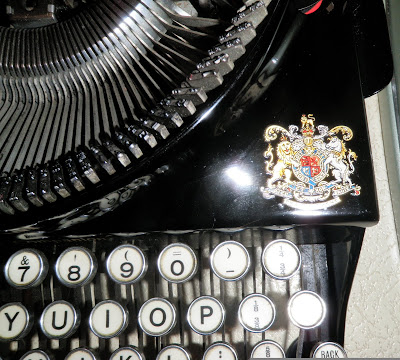 This is the seal on a much later model, after George V had died in 1952: 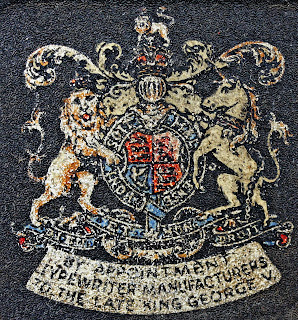 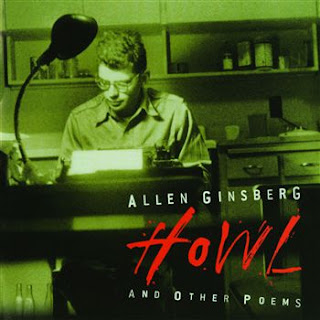 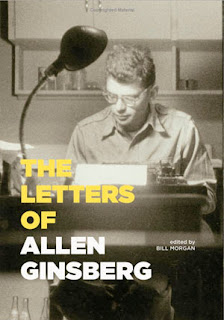 Dodson turned out to be very interesting! I often wonder if the new 3d printing technology could be used to prototype some of these old patents.