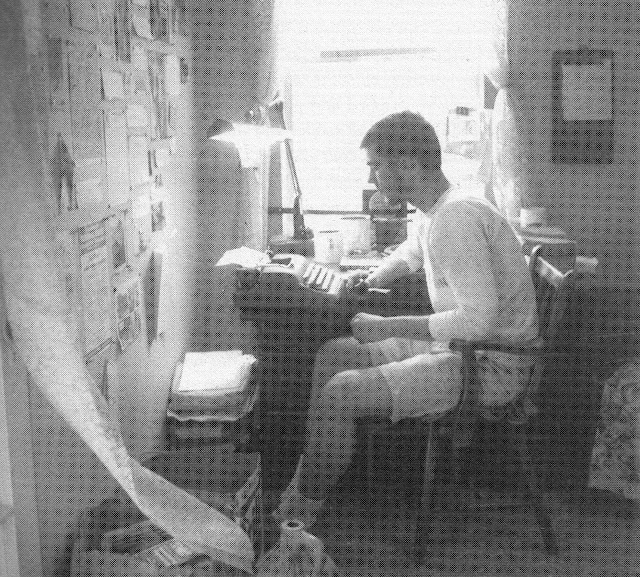 Hunter S.Thompson photographed at his Smith-Corona Series 5
portable typewriter in Rio de Janiero in 1962.
The image was taken by Thompson's photojournalist friend Robert W. (Bob) Bone.
For a year from May 1962, Hunter S. Thompson worked in South America as a  roving correspondent for the Dow Jones-owned weekly newspaper, The National Observer. See some of his stories here. 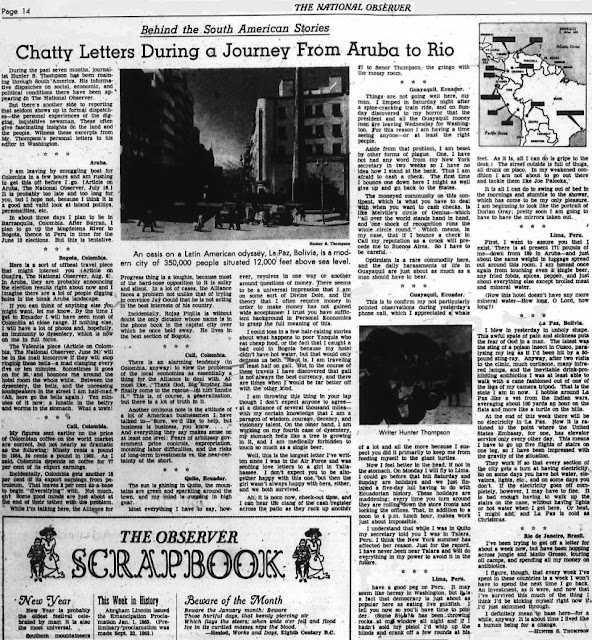 During that time, Thompson was also a reporter for the Brazil Herald, Brazil's oldest English-language daily, based in Rio de Janeiro. His longtime girlfriend Sandra Dawn Conklin joined him in Rio and they later married. 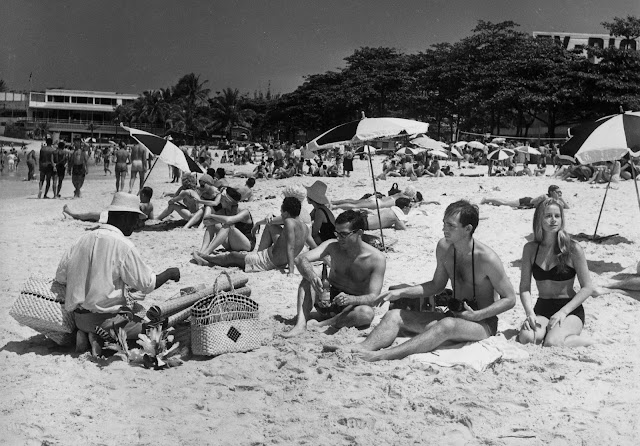 Bone, Thompson and Conklin on Copacabana Beach in Rio in 1963. 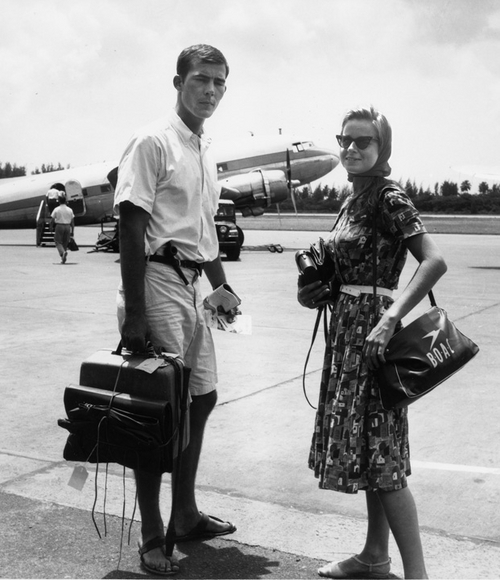 In another photograph taken by Bone, Thompson can be seen carrying his Smith-Corona portable typewriter case. He is with Conklin.
Bone first met Thompson when they worked as reporters for the Middletown Daily Record in New York in 1958. They later worked together at the San Juan Star and were reunited in Rio, where Bone worked for Brazilian Business magazine. 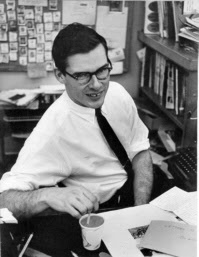 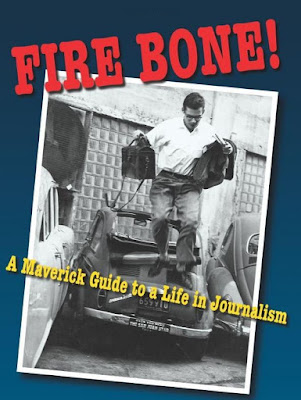 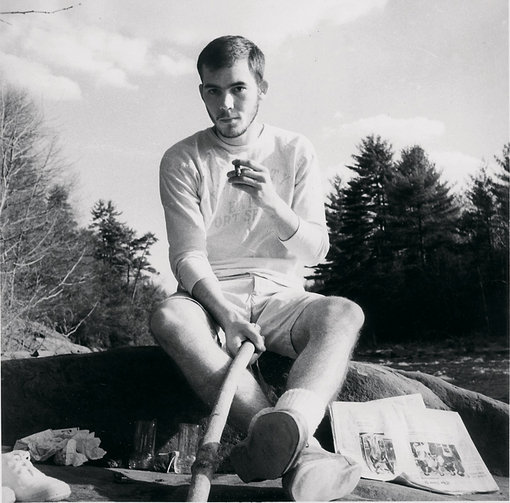 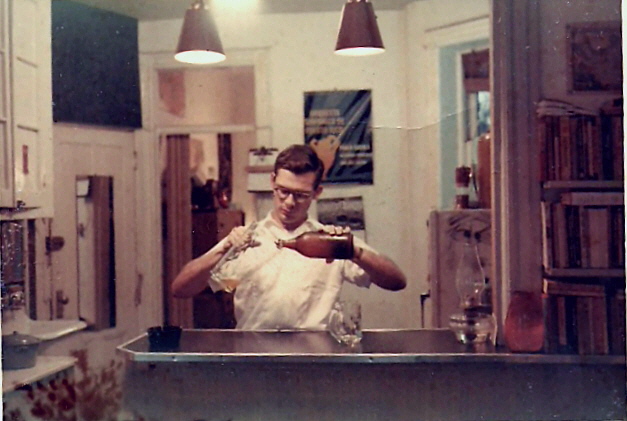 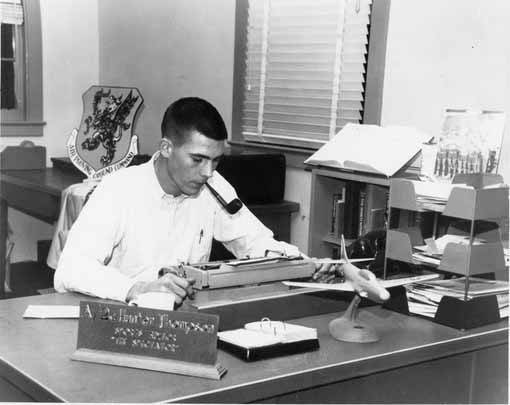 Thompson in 1956 at the Eglin Air Force Base near Fort Walton Beach, Florida, where he was sports editor of the The Command Courier.
Posted by Robert Messenger at 00:42

Interesting. I knew nothing about HST's early career.

Thompson seems like a very interesting fellow. I remember the Observer and reading it. However, even as today, will read through a periodical or newspaper, read in interesting-to-me story in detail, and seldom notice the author or look into the author's life.

Nicely sourced pictures there, Rob.
I guess The Rum Diaries is the main window into this phase of HST now... but there's something about that ubiquitous pipe that I find so true to form.

I think that the case in the photo with Conklin belongs to a mid-50s Royal Portable, likely a pre 1955 model.

I think the last picture has either an Olympia SM3 SM4 or SM5 in a gloss color.