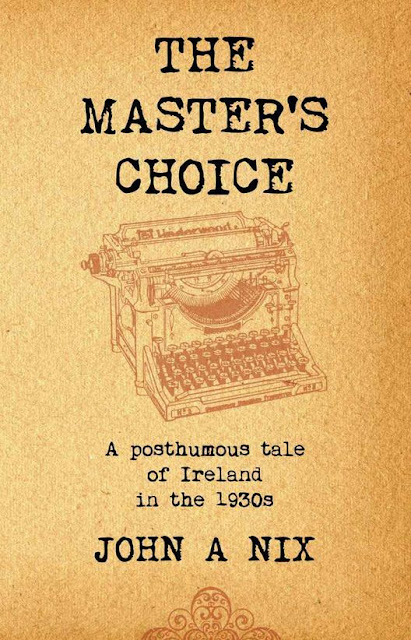 Further evidence of the durability of typewritten copy comes with the publication in Ireland this week of The Master's Choice, by John Arthur Nix (1884-1956). That this novel has finally been published 84 years after it was written is due in large part to the efforts of Nix's grandson, Des Nix, with whom I worked on The Irish Press in Dublin in the 1970s.
But its publication also underlines the fact that a novel typewritten in the early 1930s can survive in its original form into the 21st century, enabling it to be published as typed, something which modern technology almost certainly cannot and will not offer. 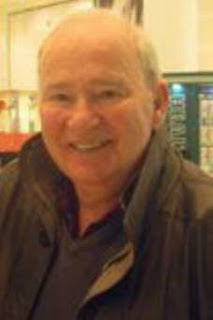 The novel was discovered in typewritten form in the Nix family home over their stationery, newspaper agency and gift shop at 48 South Street, New Ross, in the deep south of Ireland. 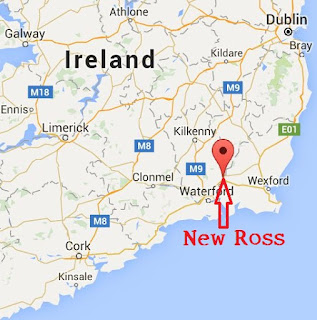 The typescript was uncovered in the attic of Rachel Nix, John Nix's daughter, when she died a few years ago. John Nix was a well-known journalist and a classics scholar proficient in Latin and French. His novel is set in his home place, an island in the Shannon estuary, and follows the fortunes of bachelor Marley Swanton as he evolves from a country schoolteacher into a local newspaper journalist and pursues farmer's daughter Finola Macara. The Master's Choice by is available from Amazon.

It's official:
Brother portable is vintage 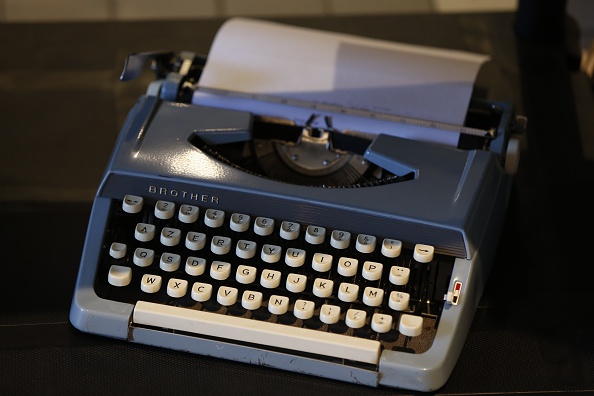 A Brother portable typewriter - the housing of which was designed by Akio Kondo for Nihon Mishin Seizo Kabushiki Kaisha in 1960 - was on display at the Massilia Vintage international fashion and design fair in Cagnes-sur-Mer, south-eastern France, this week. This is the 14th edition of the Massilia Vintage fair, dedicated to the years between 1920 and 1980. 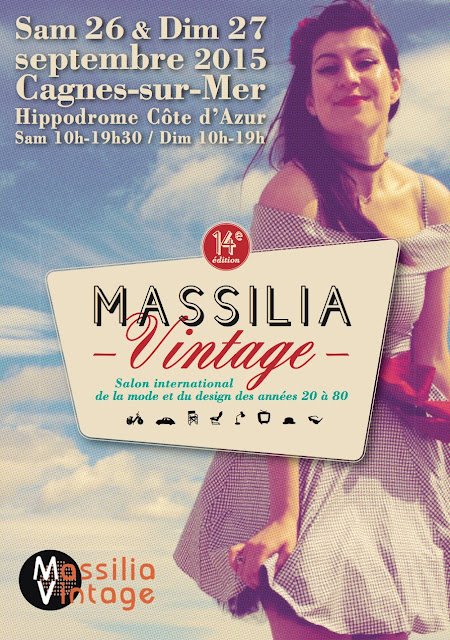 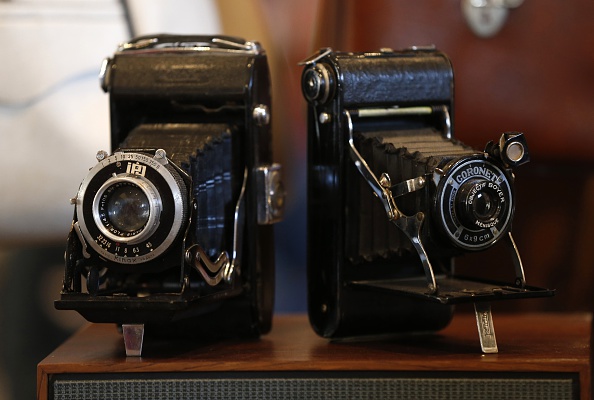 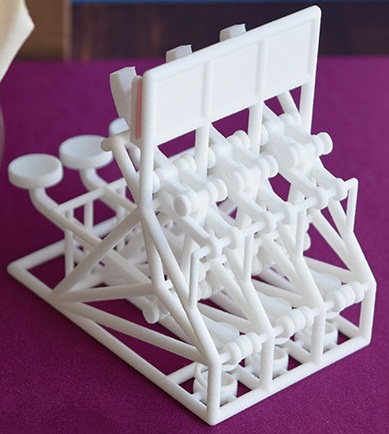 Kinetic sculptor and 3D print artist David Kim and Miracle the 3D Printing Dog have released their latest kinetic sculpture, titled Deconstructed Typewriter. "The sculpture was created in response to the loss of physical interaction with technology as it is replaced by touch screens and voice commands. The keyboard, which has three keys, doesn't type, but it goes through all of the motions. In addition, it was printed as a single piece, requiring no assembly, and is currently available for sale through their Shapeways store." Kim is president and CEO of the company he founded last year in partnership with his rescue dog Miracle. "For me, there is something special about the manual typewriter that is missing in today’s keyboard-less world of tablets and smartphones. Although the technology has improved, it is also, sadly, more sterile. Tapping one’s finger on glass to generate digital pixels on a screen is not the same experience as pushing down on physical buttons and having your innermost thoughts immediately appear on paper. There was something inspiring about clicking away on an old keyboard that allowed the creativity to flow." 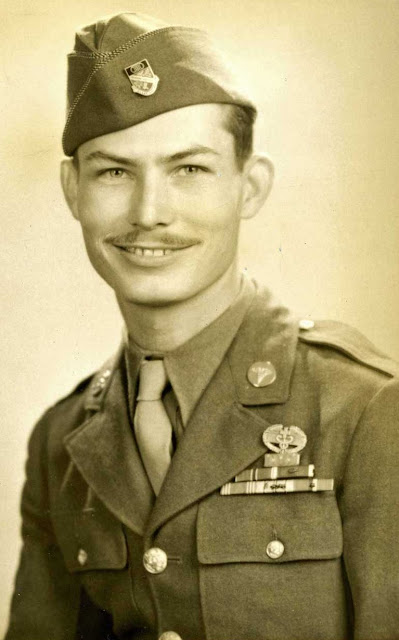 Mel Gibson has started filming the movie Hacksaw Ridge in New South Wales and desperately needs World War II era standard typewriters as props. If you can help, let me know and I'll put you on to the props master.
Hacksaw Ridge, starring Andrew Garfield and Vince Vaughn, is based on the story of American soldier Desmond Doss, a conscientious objector who was sent to the front lines during the Pacific War but refused to carry a weapon. Garfield is playing Doss. Hacksaw Ridge is expected to be completed in the second half of next year. Australian writer Andrew Knight and Pulitzer Prize winner Robert Schenkkan have written the screenplay.
Desmond Thomas Doss (1919-2006), from Lynchburg, Virginia, was the first conscientious objector to receive the Medal of Honor and one of only three so honoured. He was a Corporal (Private First Class at the time of his Medal of Honor heroics) in the US Army assigned to the Medical Detachment, 307th Infantry, 77th Infantry Division. Drafted in April 1942, Doss refused to kill or carry a weapon into combat because of his personal beliefs as a Seventh-day Adventist. He consequently became a medic but was wounded three times. He died in Piedmont, Alabama.
Don't mess with
the Typewriter Man 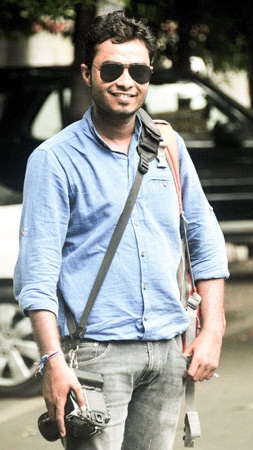 Ashutosh Tripathi, the photojournalist who alerted the world to the destruction of street typist Krishna Kumar's Godrej machine has been honoured for his actions by Uttar Pradesh Chief Minister Akhilesh Yadav. Tripathi's images went viral on social  media, the policeman who wrecked the Godrej was suspended and the 65-year-old Kumar Ji got a new typewriter.
The Case for
Hunter S.Thompson's
typewriter case
My post yesterday on Hunter S. Thompson using a Smith-Corona Series 5 portable typewriter in South America in the early 1960s included a photo of Thompson carrying the Smith-Corona's case. Nick Bodemer thought it might be a Royal case. What do you think? Bear in mind there's no evidence of Thompson using a Royal. At Big Sur, after South America, he used an Olympia SF. 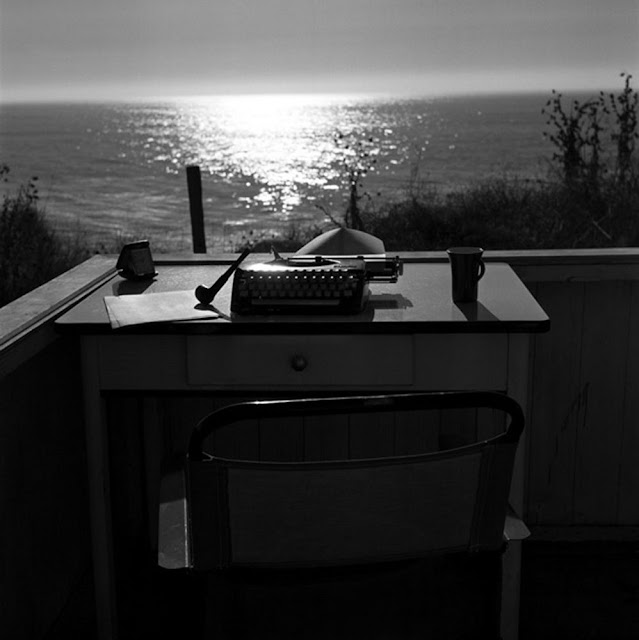 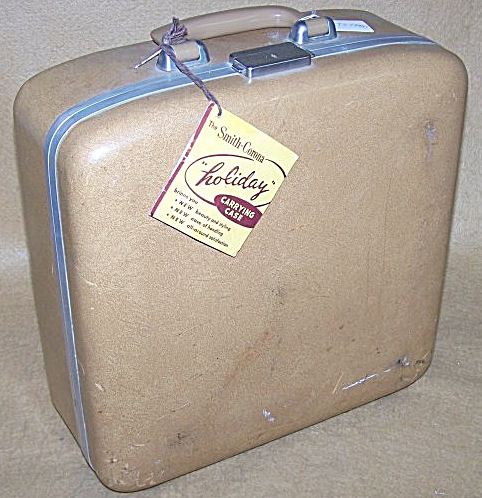 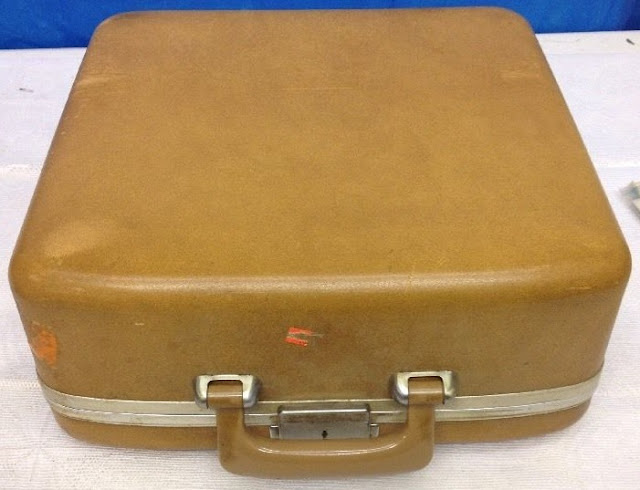 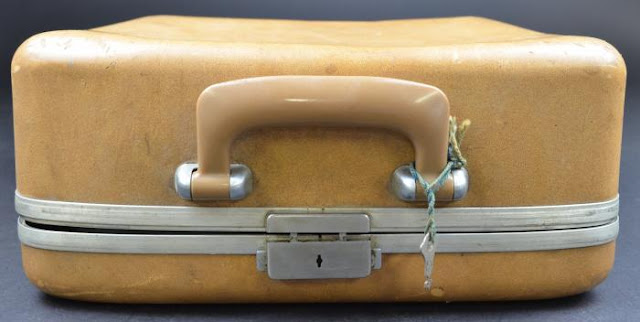 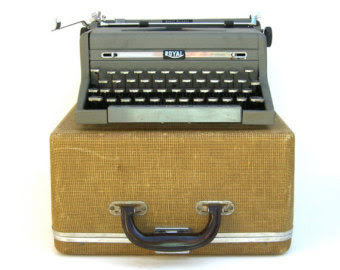 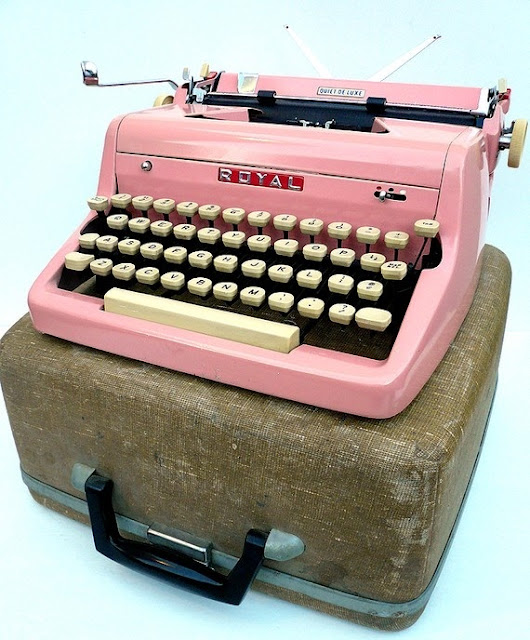 Rino Breebaart also commented on the post, rightly raising the subject of The Rum Dairies, which reminded me that in the movie Johnny Depp used a Nakajima. That might have been a Royal, but a much later one: 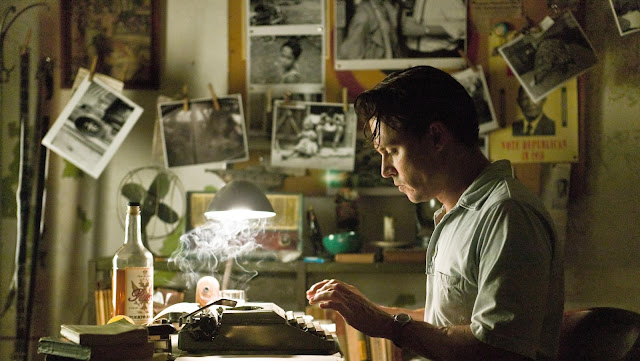 Posted by Robert Messenger at 23:04

Look at the handle...the mounts and shape are the key to the case (no pun intended)