Jessica Fletcher and Our New PM 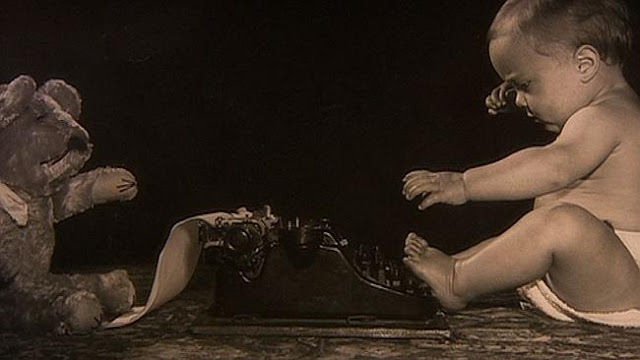 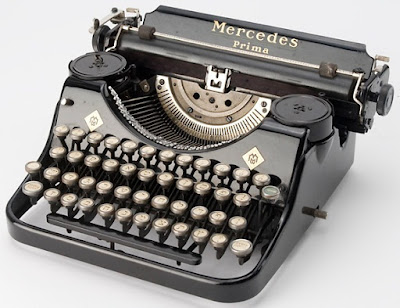 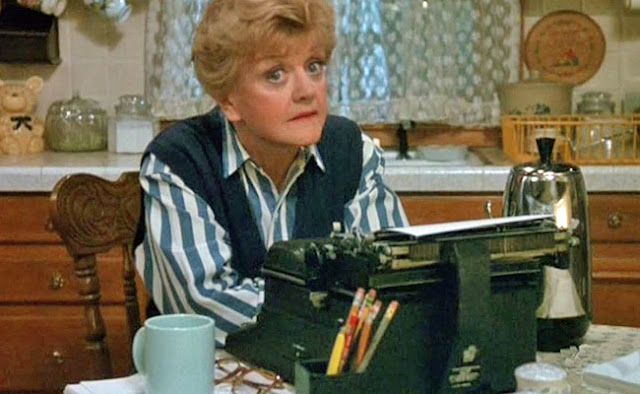 What links the baby pounding the Mercedes Prima portable in the top image and the lady at the Royal KMM standard in the bottom?
One is the new Prime Minister of Australia, former journalist Malcolm Bligh Turnbull (1954-), and the other is the fictional mystery novel writer Jessica Fletcher, as played by British-born American actress Dame Angela Lansbury (1925-) in Murder, She Wrote.
Turnbull and Lansbury are cousins, albeit distant ones. Their respective grandfathers were actually first cousins. 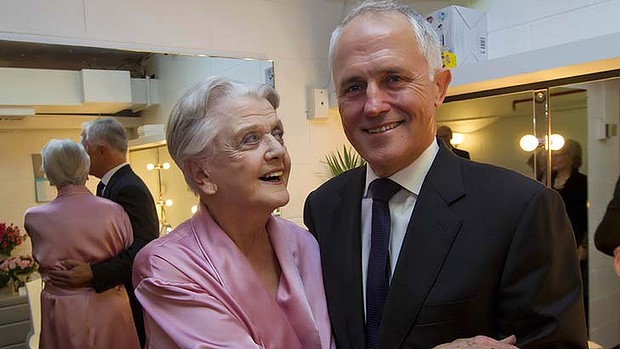 Related: Angela Lansbury and Malcolm Turnbull
Turnbull's mother, Coral Magnolia Lansbury (1929-1991), who abandoned Turnbull when he was nine, was a second cousin of Angela Lansbury. A novelist, playwright, academic and feminist, Coral Lansbury died in Philadelphia aged 61. Dr Lansbury was Distinguished Professor of English and Dean of Graduate Studies at Rutgers University. 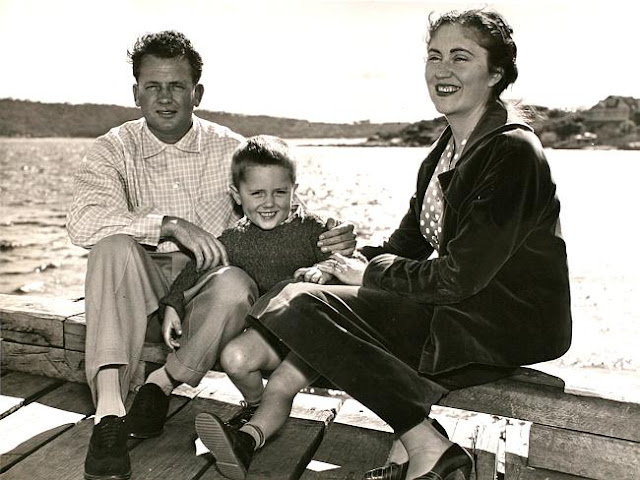 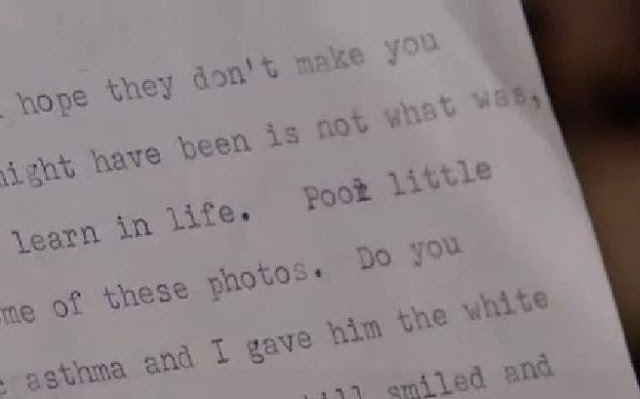 A typewritten letter to Malcolm Turnbull's father, Bruce Turnbull, written from New Zealand by his wife, Coral Lansbury, and enclosing the baby photo of Malcolm Turnbull at a typewriter, seen at the top of this post. Coral wrote that she hoped the photos of"poor little Malco" would not make Bruce "howl as much as they did me". 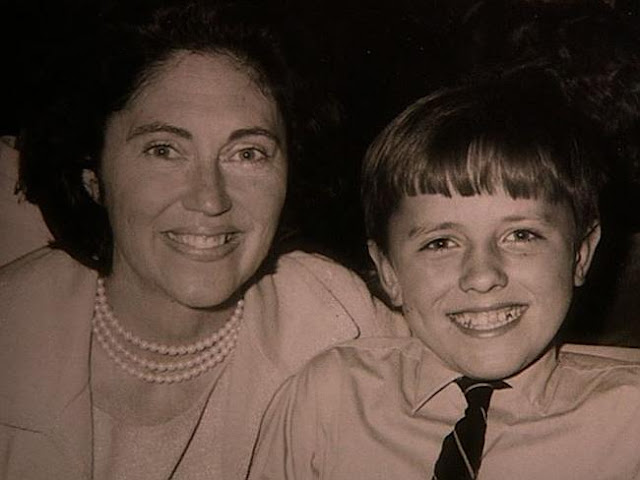 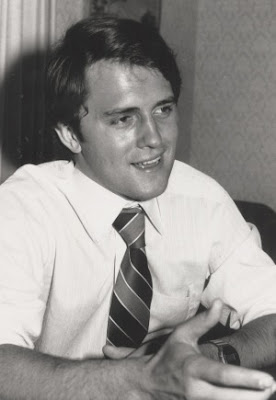 Malcolm Turnbull as a journalist with The Bulletin. 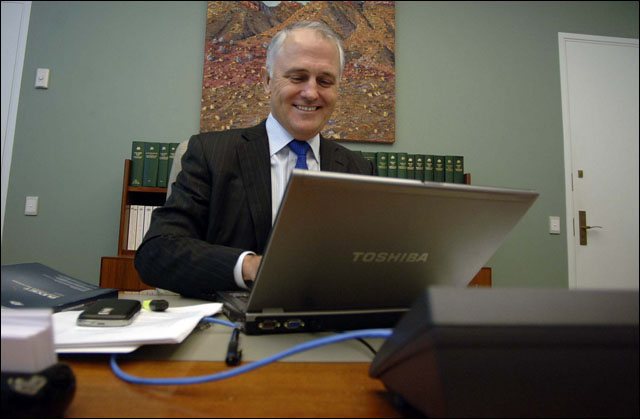 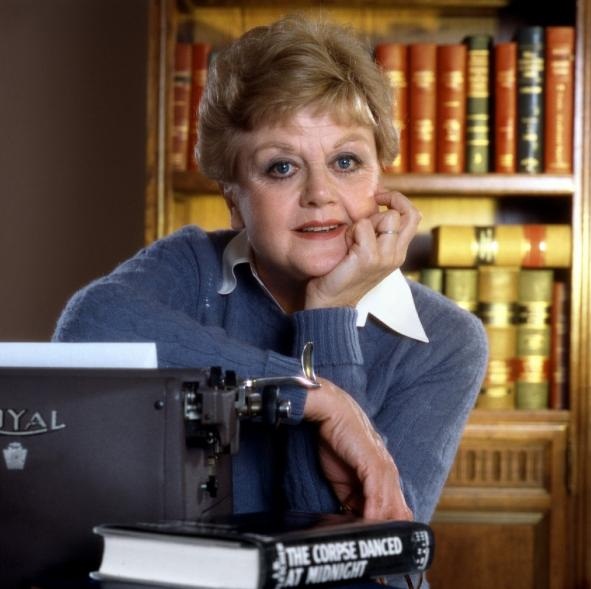 Angela Lansbury's grandfather, George Lansbury (1859-1940), was a British politician, socialist, Christian pacifist and newspaper editor. He was a Member of Parliament from 1910 to 1912 and from 1922 to 1940, and leader of the Labour Party from 1932 to 1935. Angela's father was wealthy timber merchant and politician Edgar Isaac Lansbury (1887-1935), a member of the Communist Party of Great Britain and former mayor of the Metropolitan Borough of Poplar. Coral Lansbury's father was Oscar Vincent Stephens Lansbury (1892-1968), a first cousin of George Lansbury. Oscar was born at New Farm in Queensland, the son of British Army surgeon dentist Arthur Thomas Lansbury, born in Bromley, Kent, in 1869.
Posted by Robert Messenger at 23:41