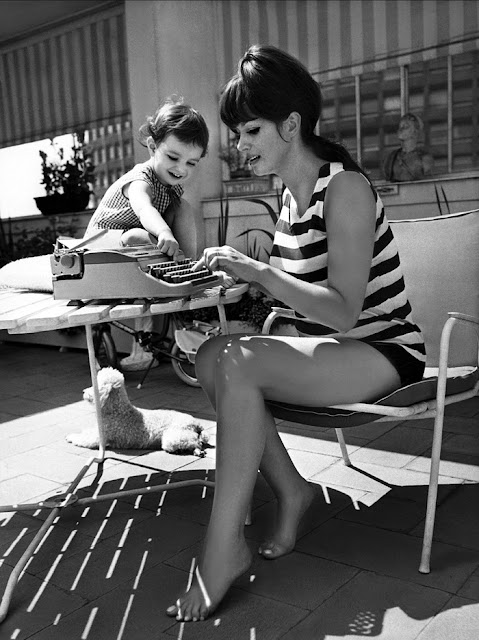 Jackie Collins at her Torpedo Blue Bird portable typewriter in 1970. She is with her then three-year-old daughter Tiffany Lerman. Tiffany's father was art gallery and nightclub owner Oscar Lerman, Jackie's second husband. Tiffany is seen below in later life with her mother: 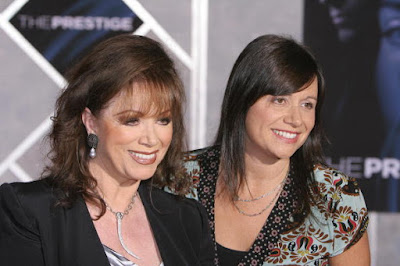 British-born American-based pot-boiler author Jackie Collins died of breast cancer in Beverley Hills yesterday, aged 77. Jacqueline Jill Collins was born in Hampstead, London, on October 4, 1937. She wrote 32 novels, all of which appeared on The New York Times bestsellers list. Her books have sold more than 500 million copies and have been translated into 40 languages. Eight of her novels have been adapted for the screen, either as films or television mini-series. She was the younger sister of actress Joan Collins. Jackie Collins retained dual citizenship after becoming a naturalised US citizen in May 1960. In the London Sunday Times Rich List of 2011, Collins was ranked Britain's fifth richest author with an estimated personal fortune of £60 million. 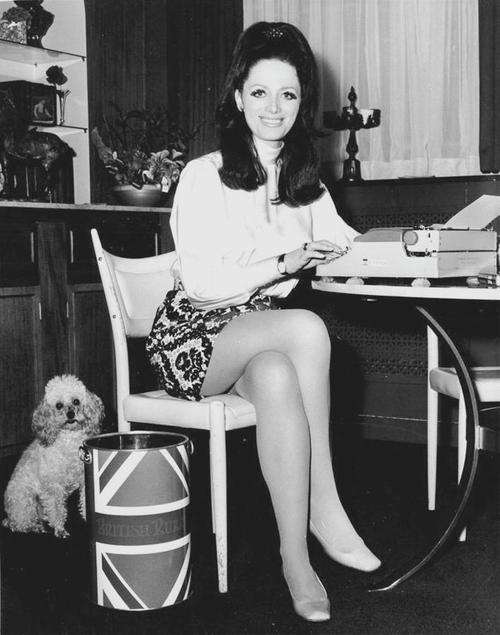 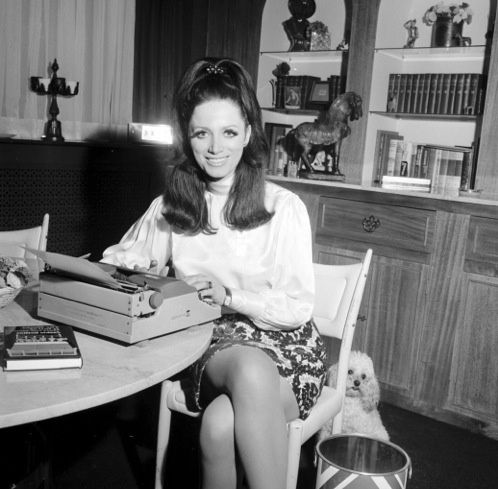 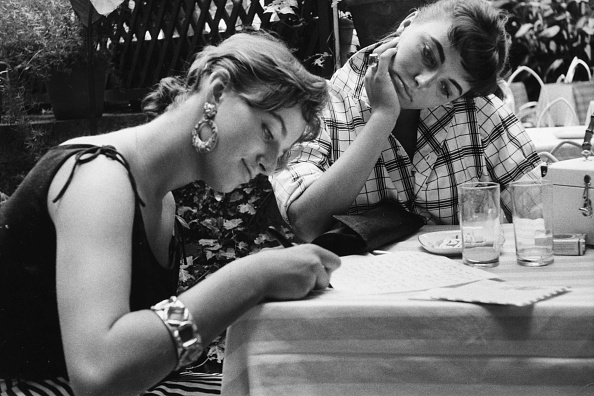 Jackie, left, and Joan Collins together 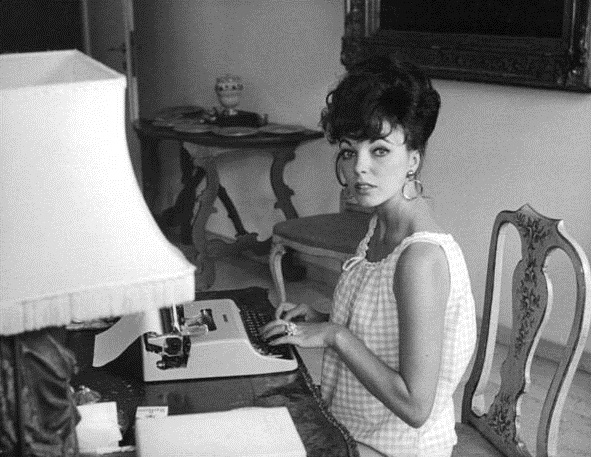 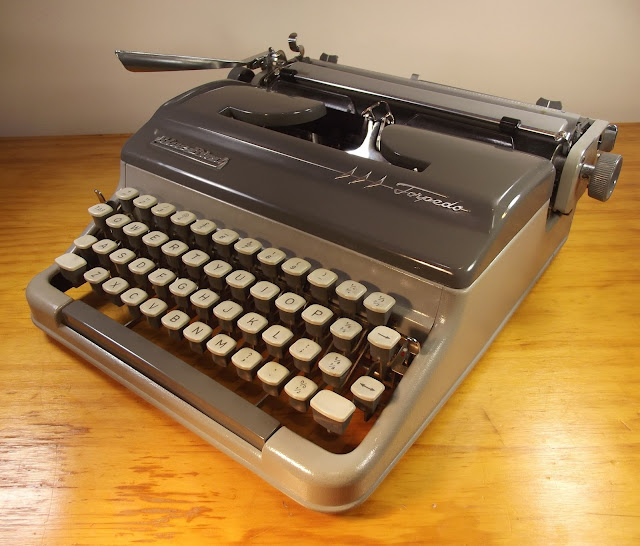 Below, an illustration by Isaac Paul Rader (1906-1986) was used in Man's Magazine in June 1969 to illustrate the article "Kiss 'n' Teller" about Jackie Collins' first book, The World is Full of Married Men (1968, banned in Australia). 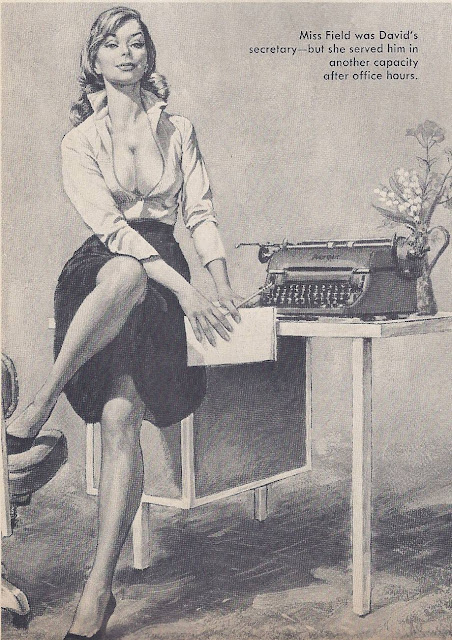 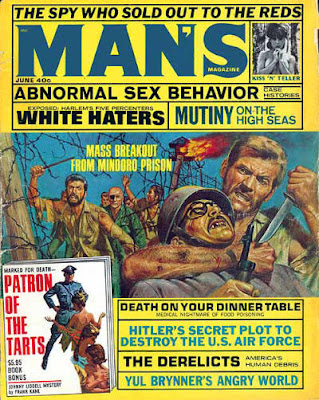 The illustration had originally appeared as the cover of Greg Hamilton's 1963 Tall, Blonde and Evil. 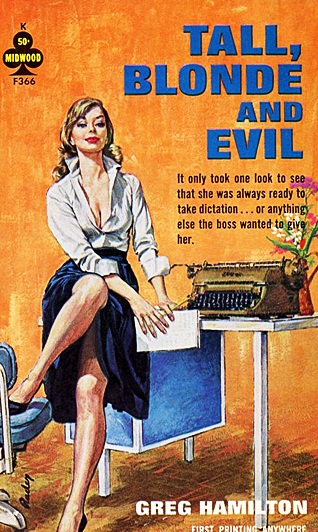 But in Man's it had the line, "Miss Field was David's secretary - but she served him in another capacity after office hours." The World is Full of Married Men is set in London in the swinging 60s and concerns middle-aged two-timing advertising executive David Cooper. After splitting with his wife, Cooper falls into an alcoholic stupor that renders him virtually impotent and only able to perform with his mousy spinster secretary, Miss Fields. Miss Fields certainly doesn't look too "mousy" or spinsterish here: 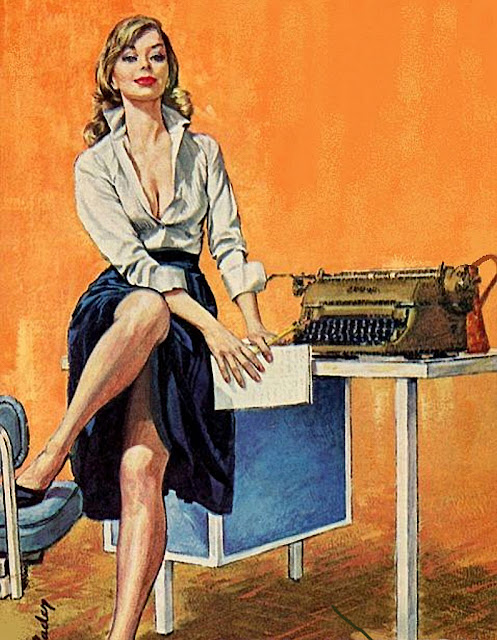 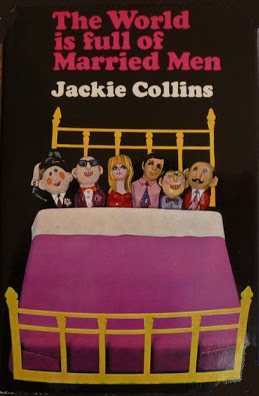 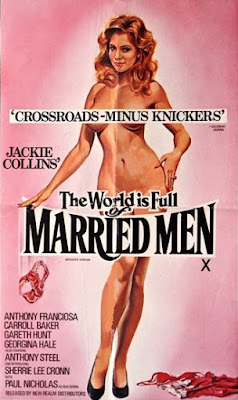 Other typewriter-related work by Rader included: 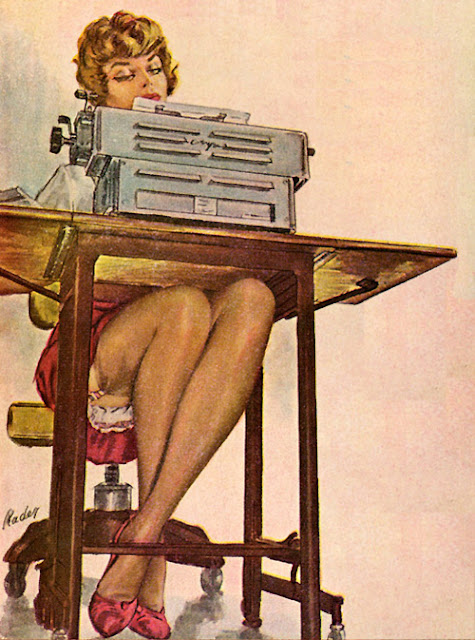 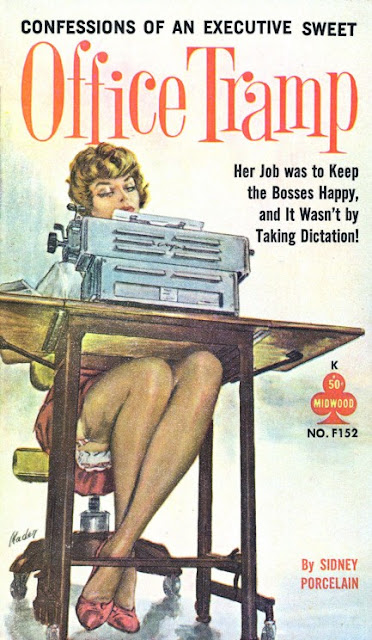 Posted by Robert Messenger at 21:57

May Jackie and her typewriters rest in peace.

Apparently Rader was turned on by voluptuous creatures such as the Olympia SG1.