Wake Up and Smell the Typewriter Coffee

Quite apart from user-fair weather "friends", in my case the reality of the situation, however unpleasant, was that I arose this morning to the knowledge (thanks to a personalised Google doodle) I had turned 68. Some Typospherians might still get a birthday sleep-in, even a cooked breakfast in bed, things way beyond Charlie the Cat's capabilities. My dawn wasn't all that bad, though: awoken by sparkling sunshine at 6am, ahead of an autumn day on which the temperature reached a rather startling 86 degrees. And as the day cools, this sweating blog will crawl past two-and-a-quarter million page views. 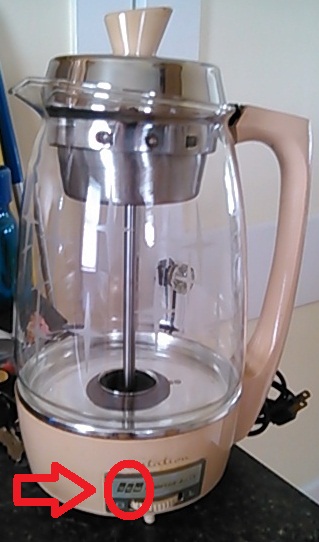 Still, what better way to start any day than with typewriter coffee? Or, to be more precise, Smith-Corona-Marchant coffee. 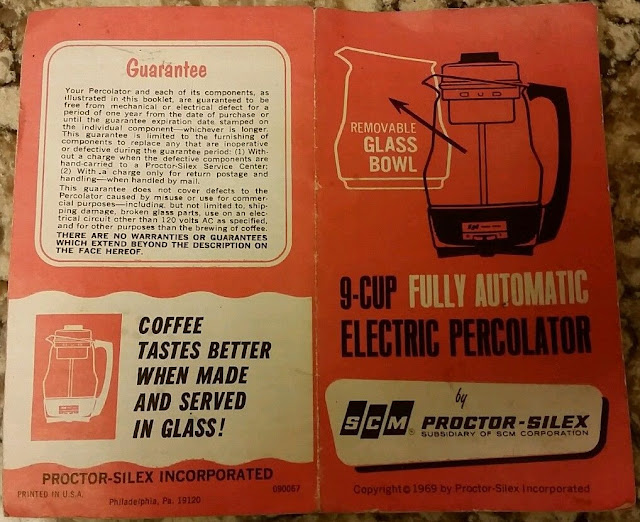 It was on this day 50 years ago that SCM took over Proctor-Silex, an announcement (in The New York Times) which was accompanied by another concerning an expansion of typewriter production facilities. These proved a boon for SCM shares, which on April 5, 1966, rose to 61 5/8th (and by almost 10 points in a week) on the back of a volume of 173,200 stock traded. 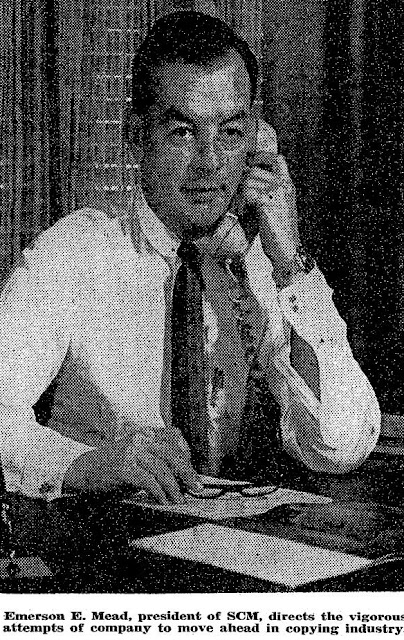 What would a typewriter company want with a coffee percolator-toaster-blender-ice maker manufacturer?

Proctor-Silex had only been created six years earlier, with the merger of Proctor Electric and Silex. But SCM president Emerson Ernest "Bud" Mead (1916-76) was in rapid expansion mode. He and Proctor-Silex boss Walter Schwartz agreed on a one-to-three merger which established a combined $75 million net worth, representing a book value of $19 a share - a price which rose to $26 over the next few years. Indeed, stock climbed 600 per cent in eight months, reaching five times net worth and six times the earning average of three years. In time the bubble broke and the stock slid back to $15. Yet investors who held 10 Proctor shares in 1903 found these were worth $1.3 million in 1966.

Mead had succeeded Elwyn Lawrence Smith (1894-1979, son of Wilbert Smith of L.C. Smith Brothers fame) as SCM president at the annual meeting in 1960 - Smith had been with the company 41 years. Although born in New York City, Mead grew up in Hinsdale, Illinois. As a young man he bought old Model T Fords and sold the parts at a profit. He worked for the Union Tank Car Company in Chicago while studying accounting at Northwestern University from 1935-40. In 1942 he became a shipping clerk with American Expansion Bolt & Manufacturing and by 1944 was plant superintendent. Having saved $4000 to start his own outfit, from 1945 he turned Mead Manufacturing, an electrical control and switch company, into a million-dollar-a-year business and in 1949 joined Kleinschmidt Laboratories and helped expand sales from $300,000 to $12 million a year. In 1956, the company was purchased by Smith-Corona. Edward Harold Litchfield (1914-68, below), board chairman of Smith-Corona since 1956 and Chancellor of the University of Pittsburgh, said: “We had old management and a weak engineering staff. Kleinschmidt had able young management and some engineering depth. We bought Kleinschmidt, in part, because we wanted Mead.” 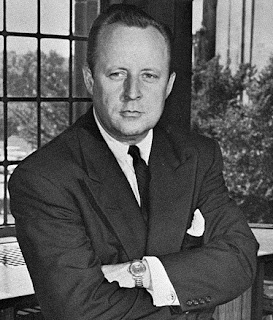 On July 9, 1983, SCM sold its Proctor-Silex appliance unit to a newly-formed affiliate of New Jersey-based organisation Wesray Corporation, a private concern, for $56 million, despite it being still profitable, with sales of $150 million in the fiscal year 1983. 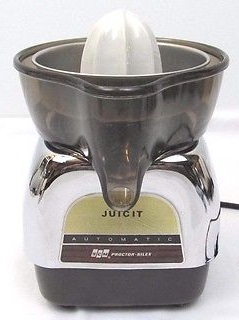 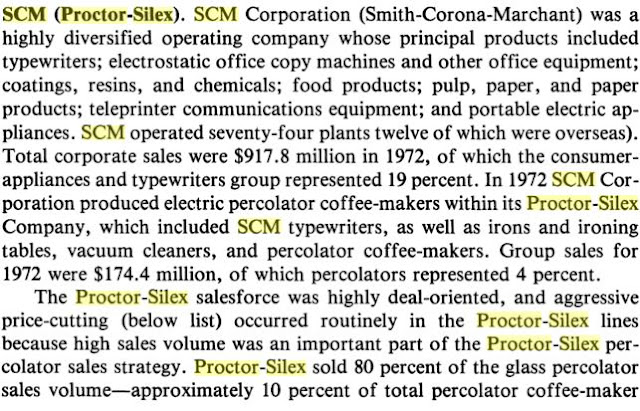 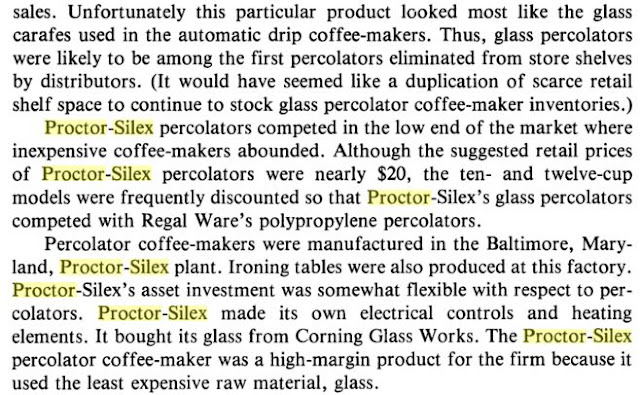 Posted by Robert Messenger at 17:05

Thanks for the interesting information on SCM.

Thank you Bill. Coffee was great!

Happiest Birthday wishes! I hope your morning coffee was excellent! (:

Best wishes and keep up the good work. And have another cup! I'll be thinking about you as I enjoy my coffee while on vacation in Tucson, Arizona.

I had no idea that SCM made coffee!

Have a great birthday.

Thank you so much Bill, Rob, Ted, Joe and Richard for your very kind birthday wishes.