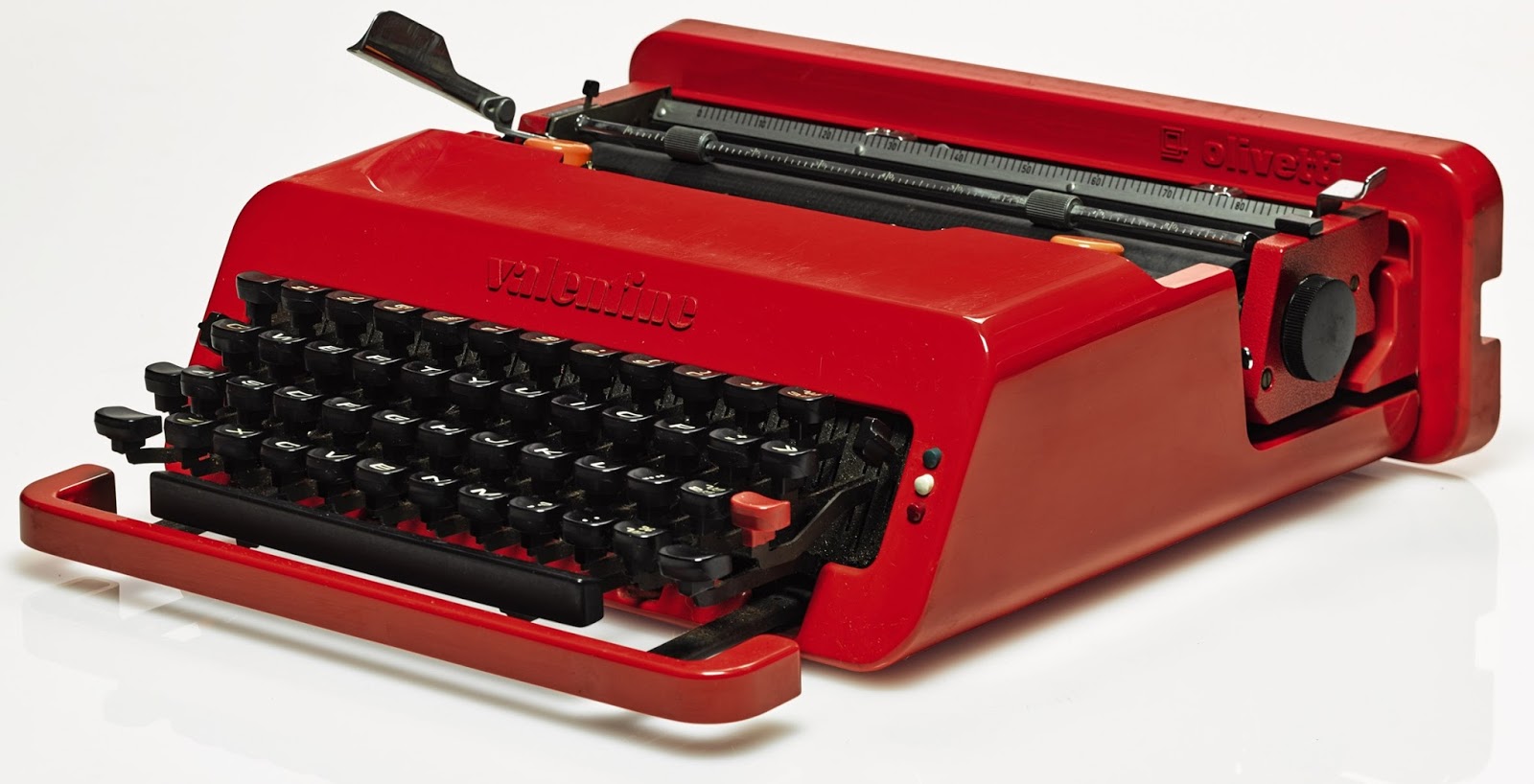 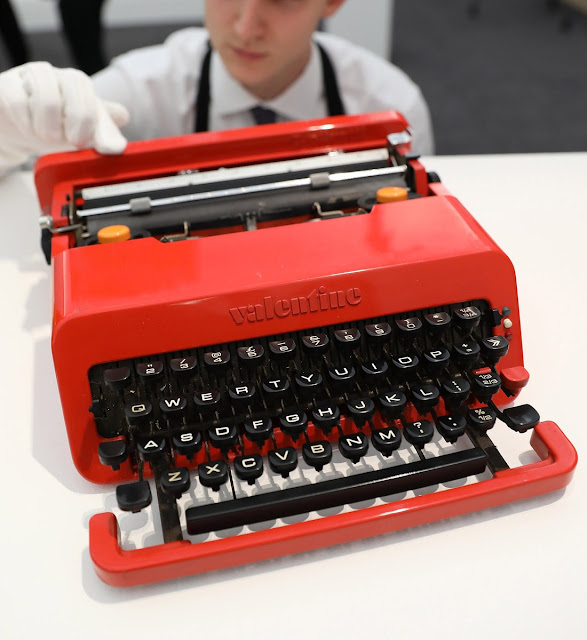 The Valentine was part of the auction of Bowie's personal collection of fine art and design pieces. The auction grossed $US41.1 million (the art collection sold for $US30.2 million and the design collection for an additional $US10.8 million). The works sold represented about 65 per cent of Bowie’s total collection. The rest remains with his family and estate. 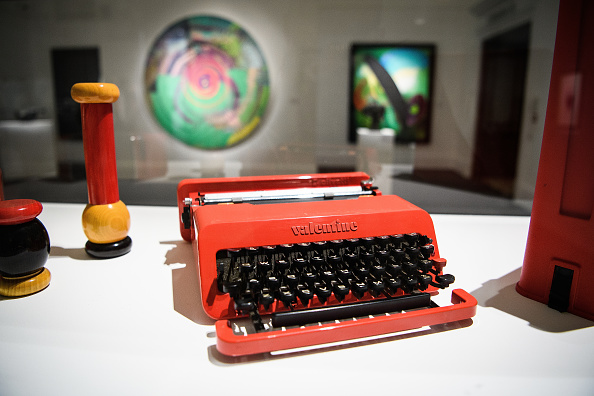 Bowie was obviously keen on Ettore Sottsass designs. The salt and peppers shakers sold for £7500. 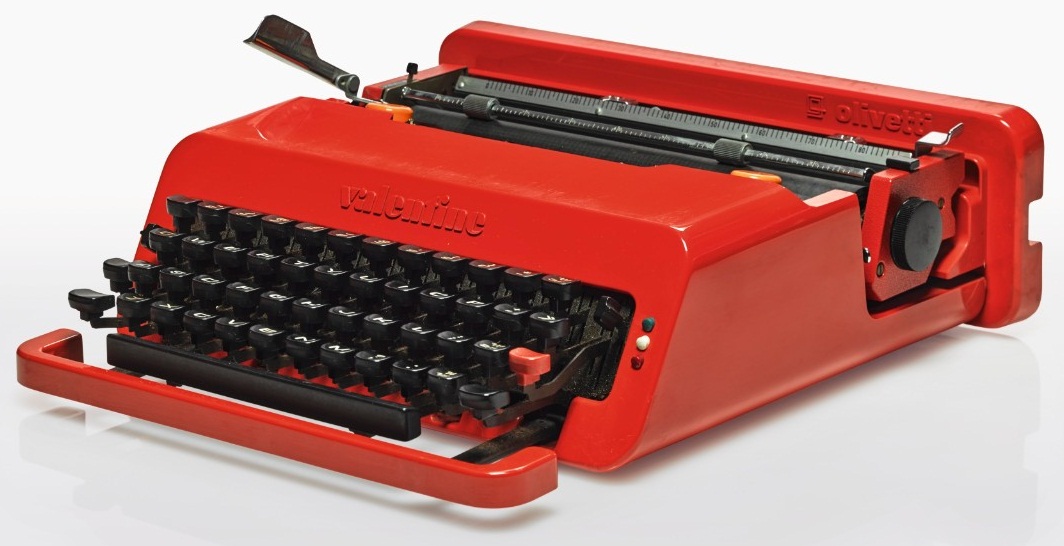 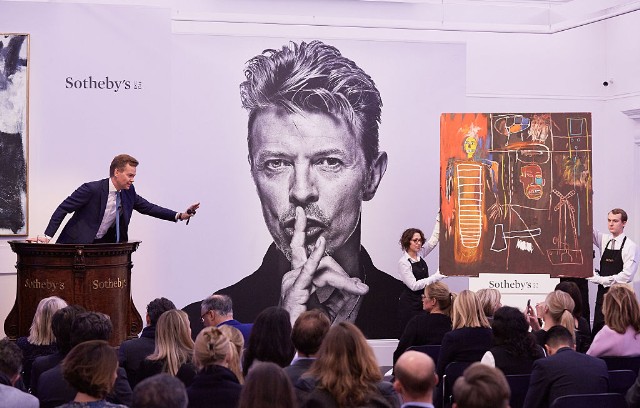 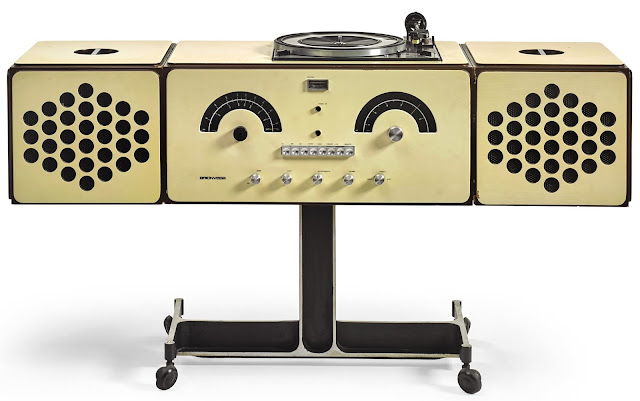 An eye-catching custom radio-phonograph by Pier Giacomo and Achille Castiglioni Brionvega from 1965 sold for £257,000 at Bowie's auction. 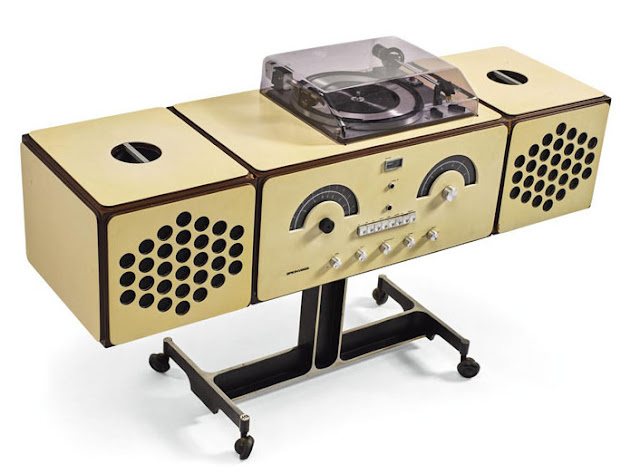 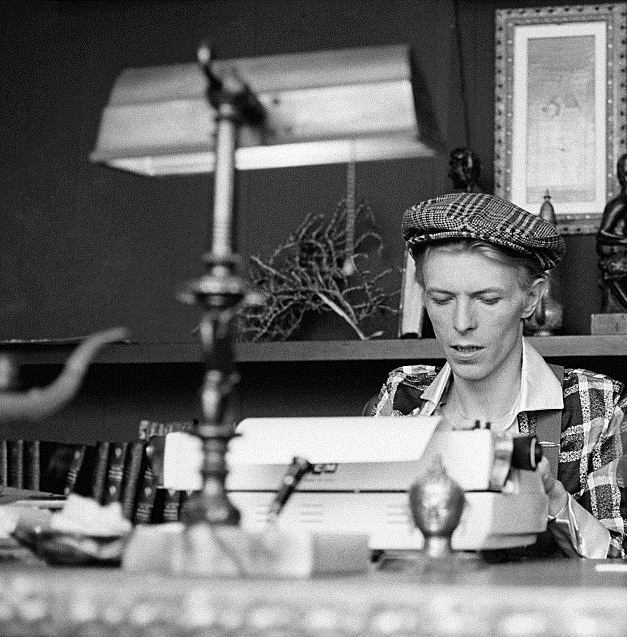 Bowie at a much more practical if more prosaic Smith-Corona typewriter in Los Angeles in 1975. 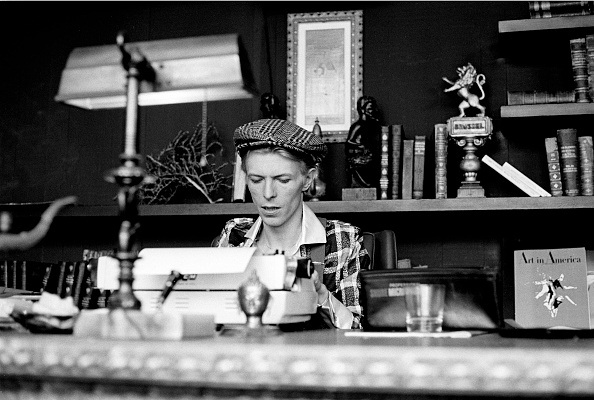 Posted by Robert Messenger at 12:32

Good lord! That's a lot of cash for a Valentine.

I notice Valentines are generally over-priced. This one beats all.