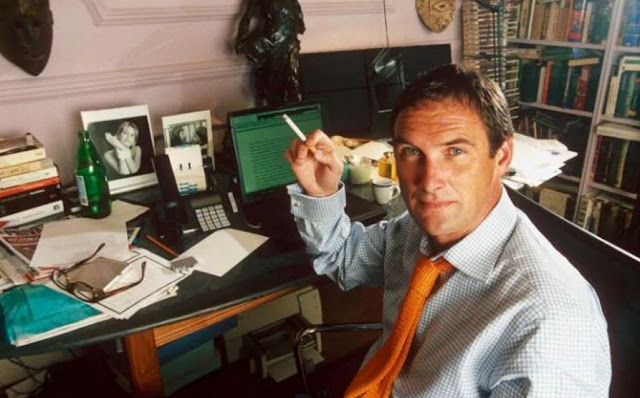 I fear I'm letting Richard Polt down here by posting on a deceased writer without an image of said writer at a typewriter. The problem is A.A. Gill rarely used a typewriter, because he suffered from severe dyslexia and almost all of his writing was dictated. During a visit to Australia for the Sydney Writers' Festival in 2011, Gill explained that "I've never been able to write properly", but that he could read from what he had written. "I then read it to you, and as I read it, I edit it. Because I write in the first-person, I think it's got to sound like the first person, that it has a voice. Ideally what should happen is when you read what I've written you should hear a voice talking it to you. All first-person writing should be desiccated talk - it should be a perfect, long discursive monologue, and when you read it you add the mental liquid that brings it back to being sound, and you should hear it. That's why it's important for me to read it out loud - so I know what it sounds like, and I can tell when it's clunky or needs another word. I also think that writing is all about rhythm."
During his heavy drinking days, in his late 20s, Gill did once borrow a typewriter from the wife of a friend. However, he went on a bender over several days, leaving his dog Lily locked inside his house. Lily defecated into the typewriter and Gill returned it as was. (See Pour Me: A Life, p40, for the full gory details.) 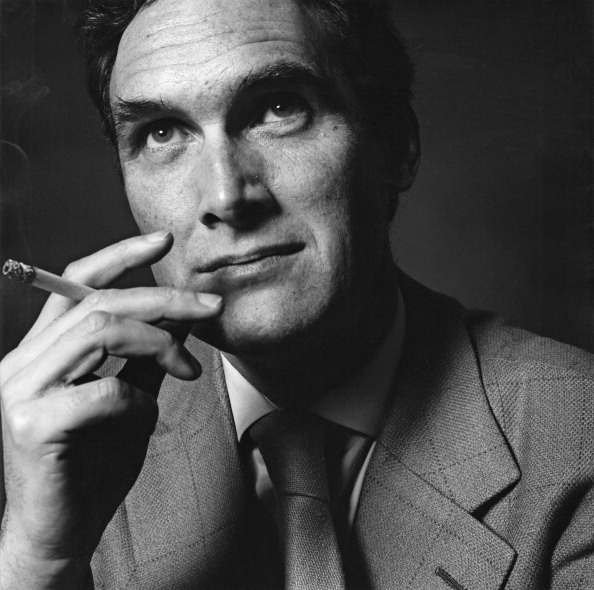 At 30, Gill gave up drink but kept on smoking. In July 1999 he wrote in The Sunday Times: "When on occasion I'm asked by groups of aspiring writers what they should do to get on, my advice is always, emphatically, smoke. Smoke often and smoke with gusto. It's a little known, indeed little researched, fact of literature and journalism that no non-smoker is worth reading. And writers who give up become crashing bores."
Adrian Anthony Gill has died at the aged of 62 from smoking-related cancer. He was diagnosed just three weeks ago, writing at the time in The Sunday Times, "I've got an embarrassment of cancer, the full English. There is barely a morsel of offal that is not included. I have a trucker's gut-buster, gimpy, malevolent, meaty malignancy."
Gill was born in Edinburgh on June 28, 1954, and came to be regarded as one of the finest writers in the English language. As a columnist for The Sunday Times, Vanity Fair and Esquire, Gill said in print the things others might have thought but were always afraid to write. He described the Welsh as "loquacious, dissemblers, immoral liars, stunted, bigoted, dark, ugly, pugnacious little trolls". 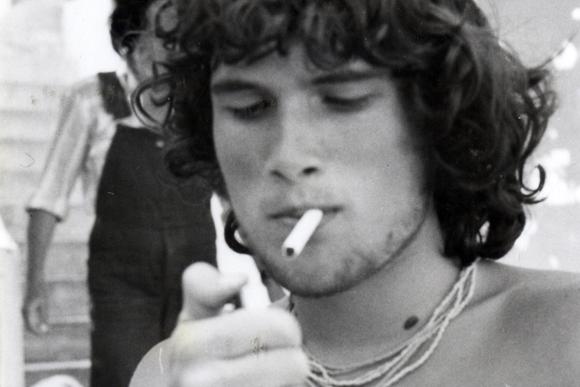 The younger, heavy drinking, heavy smoking, dog trapping Gill.
On Britain remaining in the European Union, Gill said, "We all know what ‘getting our country back’ means. It’s snorting a line of the most pernicious and debilitating Little English drug, nostalgia. The warm, crumbly, honey-coloured, collective 'yesterday' with its fond belief that everything was better back then, that Britain (England, really) is a worse place now than it was at some foggy point in the past where we achieved peak Blighty."
On public relations people: "I have never acted on a press release or gone out to dinner with a PR. I think PR is a ridiculous job. They are the headlice of civilisation."
On American exceptionalism: "America didn’t bypass or escape civilisation. It did something far more profound, far cleverer: it simply changed what civilisation could be."
On success: "The interesting adults are always the school failures, the weird ones, the losers, the malcontents. This isn’t wishful thinking. It’s the rule."
On journalists: "Freedom of speech is what all other human rights and freedoms balance on. That may sound like unspeakable arrogance when applied to restaurant reviews or gossip columns. But that’s not the point. Journalism isn’t an individual sport like books and plays; it’s a team effort. The power of the press is cumulative. It has a conscious human momentum. You can – and probably do – pick up bits of it and sneer or sigh or fling them with great force at the dog. But together they make up the most precious thing we own."
On eating pasta: "Pasta is eaten by happy smiley people having fun with people they love or fancy and are about to shag. Noodles are eaten by people who have no friends.”
On Prince Charles: "Prince Charles’s vocal chords are plainly trying to strangle him. He may well become the first monarch to lose his head from the inside out.”
On Celine Dion: "She is a symbol of cultural rot, a corny, calculated act for clueless, obese fans.”
Posted by Robert Messenger at 15:18

A typewriter with a very distinctive aroma.

He seems to have been a man of both vices and virtues. Those are fine words on freedom of speech—a liberty that our president-to-be apparently holds in contempt.