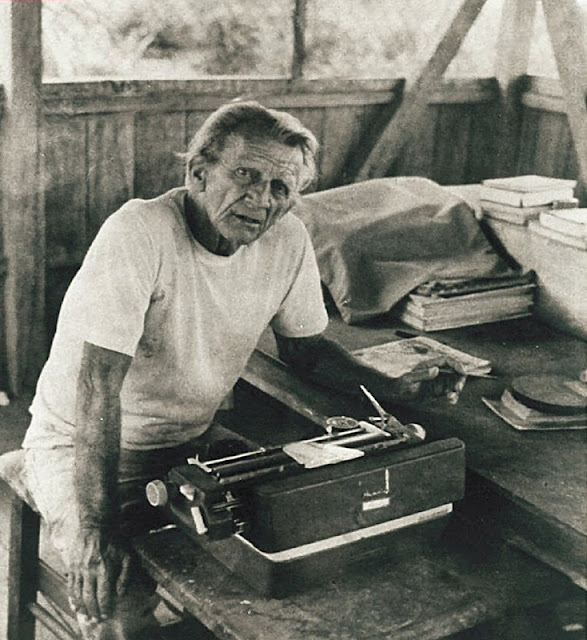 Ten years ago, Oregon journalist Marcus Covert, in an article on Peace Corps authors, said Moritz Thomsen “could well be the finest American writer you’ve never heard of”. A decade on, I might well have been able to shamelessly admit I was that “you”. But then the November issue of Literary Review turned up, and it in was an essay by British travel author and biographer Sara Wheeler about Thomsen’s The Saddest Pleasure: A Journey on Two Rivers, published in 1990, a year before the chain-smoking Thomsen’s death from cholera, three weeks after his 76th birthday, in his apartment in Guayaquil, Ecuador. Wheeler holds a similar opinion to Covert. “But what a writer he is,” she said. “He taught me the value – no, the vital importance – of specificity.” Among others who don’t qualify as “you” are Paul Theroux and the typewriter-wielding Larry McMurtry. They've not only heard of Thomsen, but they rate him very highly too. 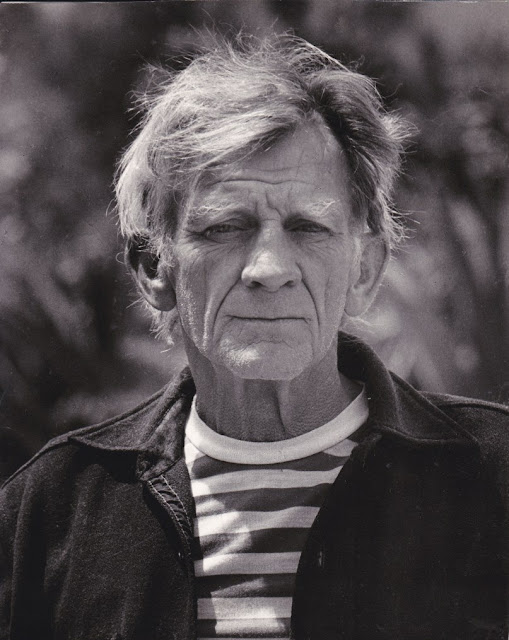 Thomsen wrote four books in his lifetime: Living Poor: A Peace Corps Chronicle (1969), The Farm on the River of Emeralds (1978), The Saddest Pleasure and My Two Wars (published posthumously in 1996). His notable essay “The Bombardier’s Handbook” was published in 2013. A fifth manuscript, Bad News from a Black Coast, is still to be published. 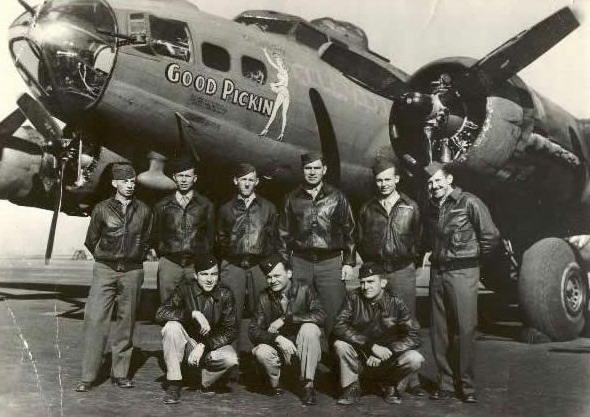 Thomsen with his B-17 crew
Thomsen was born Martin Moritz Thomsen Titus into a wealthy business family in Hollywood on August 3, 1915. In 1937 he was a freshman student at the University of Oregon, Eugene. In World War II Thomsen served as a B-17 Flying Fortress bombardier in the Eighth Air Force. After going broke raising pigs at Vina in California in 1959, he joined the Peace Corps and in 1964 moved to Rioverde in Ecuador as one of the first of the Corps volunteers. He was to stay in South America for the next 35 years, much of his last years on his farm just across the Esmeraldas River. Visiting writers were greeted by the sight of a tree outside his window festooned with spent typewriter ribbons. In later life in Guayaquil, an industrial metropolis he hated, his advice to another writer, Patrick Joseph, was twofold: “First, write every day. Every day, without fail. And secondly, find a mentor, some old man to idolize and then tear down. Old men are easily seduced.” 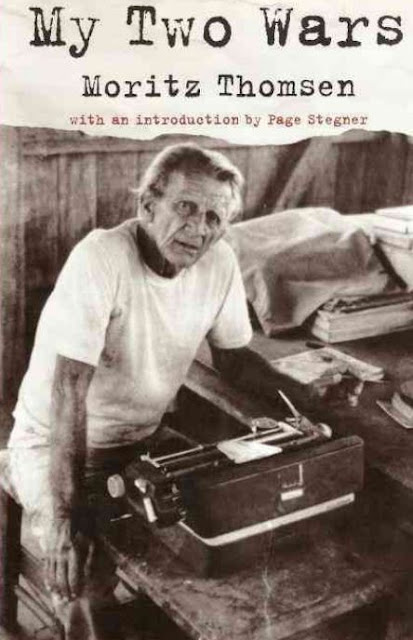 Joseph went on to write the introduction to “The Bombardier’s Handbook”. “Moritz Thomsen kept the journal of his war years in a set of old composition notebooks that, by the time I first handled them, were coming apart at the spines and bound together with string. The excerpts that follow are taken from the third volume of those diaries”. Thomsen logged the missions he flew by date and target  -  Saint-Jean-d’Angély, Reims, Brunswick, Oldenburg, Schweinfurt, Berlin  - 27 in all, flown between March 27 and August 25, 1944. 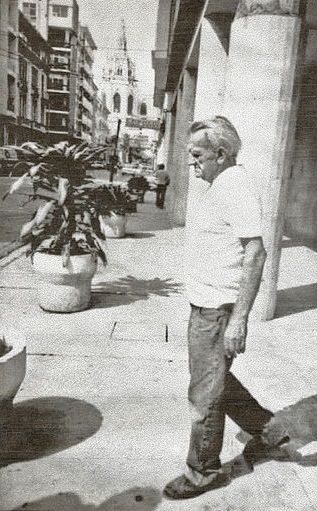 The opening paragraphs of “The Bombardier’s Handbook” capture the first phases of the flight across the Atlantic. “The trip from Nebraska to Maine was a great and stupendous farewell; of the millions of men who are fighting now there must be few who were allowed, before leaving, to cross their country from the flat prairie desolation of the West to the very tip of Maine, to sail above the Mississippi, the Lincoln Highway, the stone farm houses of Pennsylvania, Niagara Falls, and the thickening industrialization of New York. We were in the air some seven hours, eating sandwiches just abeam of Chicago and rinsing them down with coffee a few minutes later someplace in the heart of Indiana. Chicago was a great lake of lights just beginning to draw in color from the east, but it seemed as isolated, as deserted, as lonely as any of the nameless towns we had passed before.
“Chicago belonged to [E.A.] Earl, [L.G.] Johnson, and Moe [Gerald R. Moburg]; they gathered in the nose and watched their city pass behind them. When we flew over Winslow,
Maine, the hometown of [Fernand] Savasuk, our radio operator, he came up in the nose and we dove on his house from 7000 feet, and Bob [co-pilot Robert S. Wylie] shoved it in low pitch and we went screaming over the town in a wide circle, over the river and the freeway, the main street, and the neat rowed houses in the outside circle. Savasuk sat there entranced, looking first to see if his mother was in the yard and then toward the factory where he knew his father must be at that moment. That was his farewell and ours, too.”

Very interesting fellow. I had not heard of him until now.

He's a new name to me, too. Thank you for this.

I too had never heard of Moritz Thomsen. Someone new to read. What model of typewriter is he using?

I'm pretty sure it's an Olympia SG3 with the front cover removed.

Another fascinating post, Robert. I hadn't heard of him either!