Typewriter On The Tracks: The Way We Were (II) 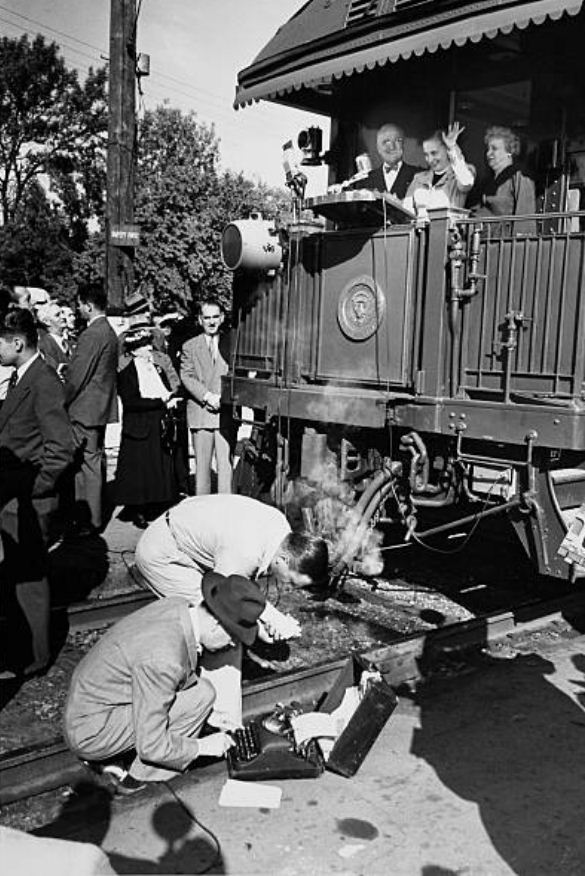 It's a quarter past 8 on the morning of Monday, June 7, 1948, and the Presidential train Ferdinand Magellan is about to pull out of Pocatello, Idaho, after the latest halt on Truman's Whistle-Stop Campaign. Harry and Bess Truman are watching the crowds starting to turn and leave while their daughter Margaret is offering one last wave to the stragglers. There is steam coming from somewhere, or is it just cigarette smoke from the young reporter bending and reading his notes to the wire man banging out that afternoon's front page lead on his Remington portable typewriter? 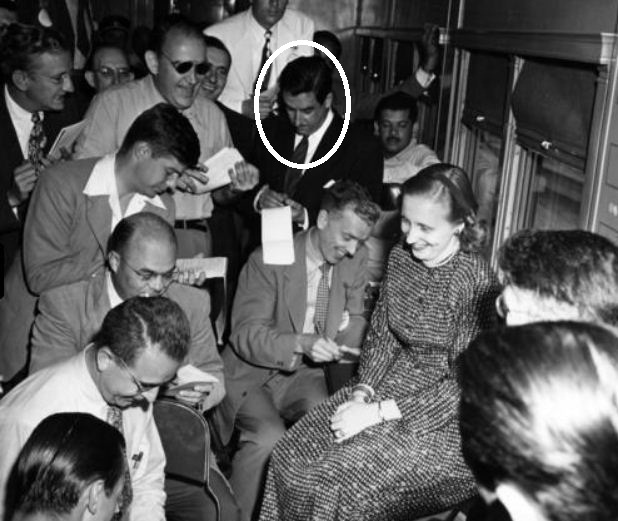 Merriman Smith, circled, among the reporters interviewing
Margaret Truman on board the Ferdinand Magellan in 1948. Below, the Press at work on the Truman Whistle-Stop Campaign train in 1948. Smith can be seen, centre, with his back half turned. 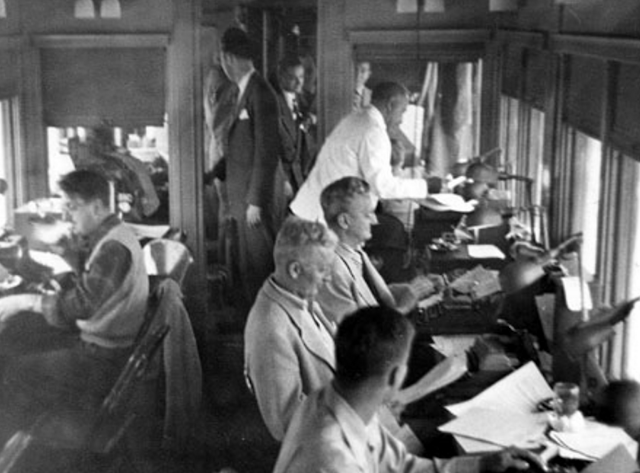 I can't identify the Jimmy Olsen in this extraordinary photo, but the United Press wire service journalist is Albert Merriman Smith (1913-70) and the photographer for LIFE magazine was Thomas Dowell McAvoy (1905-66, below). I wrote a post about Smith. "On the Other End of the Line, with Typewriter", which can be seen here. Also covering the Truman Whistle-Stop in Pocatello for the wires was Joseph Perry Swisher (1923-2012). 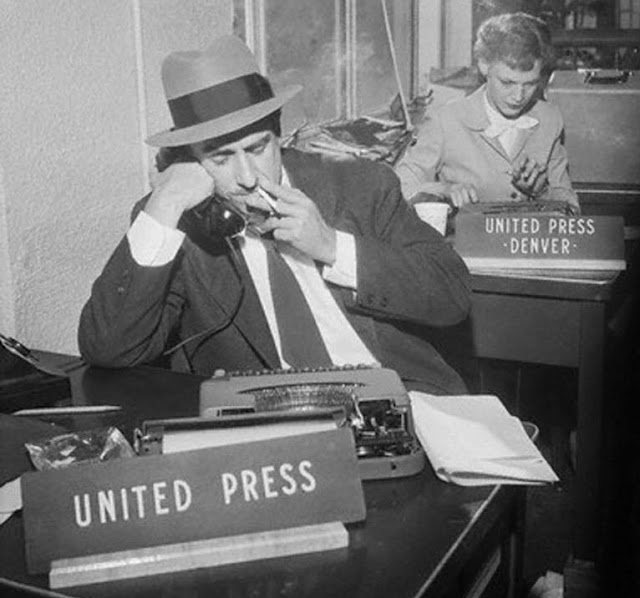 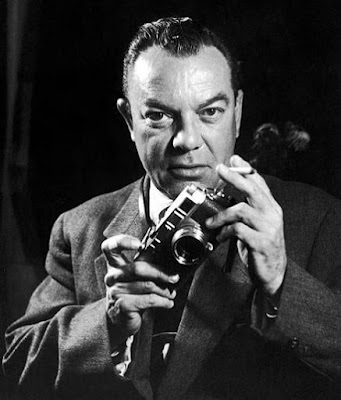 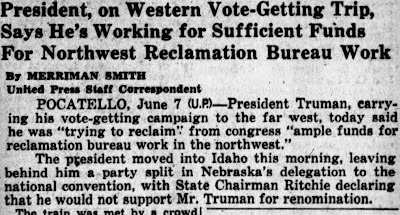 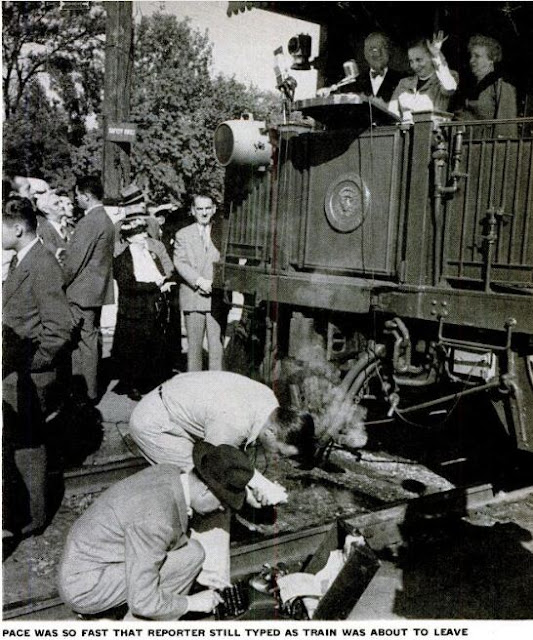 "Pace was so fast that reporter still typed as the train was about to leave," read the caption in LIFE magazine's issue of November 15, 1948, which devoted many pages to Truman's stunning triumph in the Presidential election. This spread also included, of course, the far more famous photograph of Truman taken from the back of the Ferdinand Magellan, the "Dewey Defeats Truman-Chicago Daily Tribune" shot captured during a stop at St Louis Union Station on November 4, 1948, while Truman was returning to Washington DC from his home in Independence, Missouri. 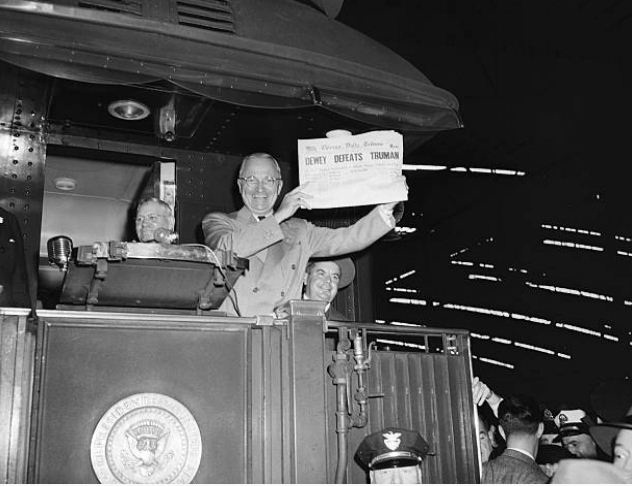 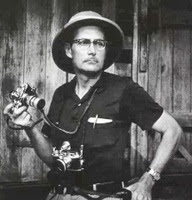 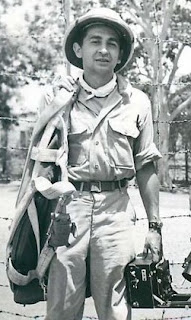 The Tribune's catastrophic 150,000-copy blunder came about  because Linotype operators were on strike in protest against the Taft–Hartley Act, and copy was composed on Varityper typewriters, photographed and then engraved on to printing plates, a far slower process than using hot metal. The photo LIFE used was taken by William Eugene Smith (1918-78, left), but the one above, taken from a slightly different angle, was by Frank Edward Cancellare (1910-1985, right). Yet another version was taken by English-born St Louis snapper Louis Leonard Phillips (1906-91, left). Below, the President's train, the Ferdinand Magellan, also used by Franklin D. Roosevelt and later by Ronald Reagan. 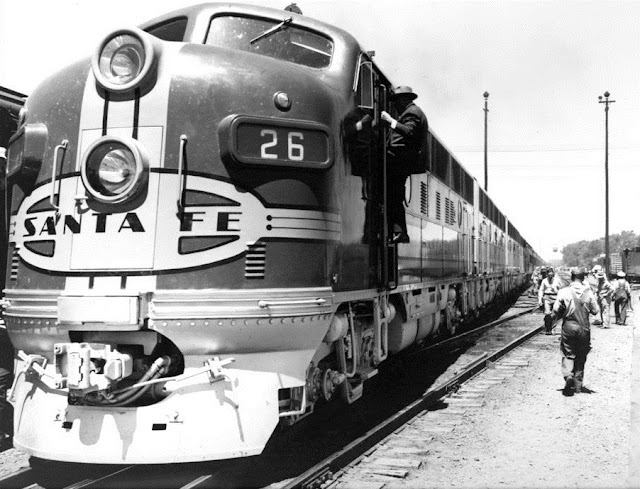 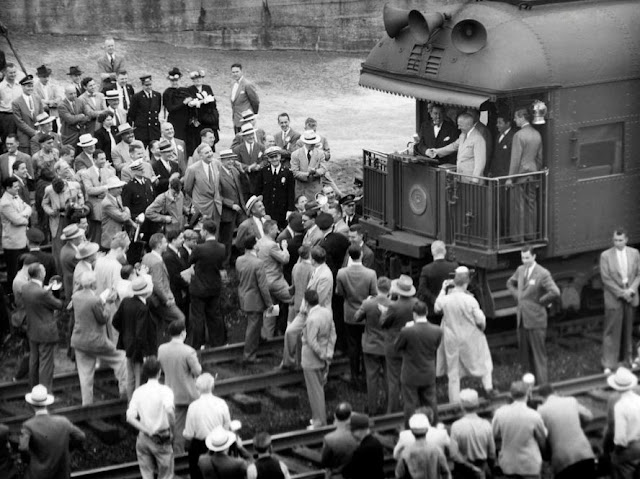 A typical back-of-the-train gathering on Truman's Whistle-Stop Campaign, this one at Baltimore, with plenty of reporters and photographers ready to gather that day's real news. No reliance on Twitter here! 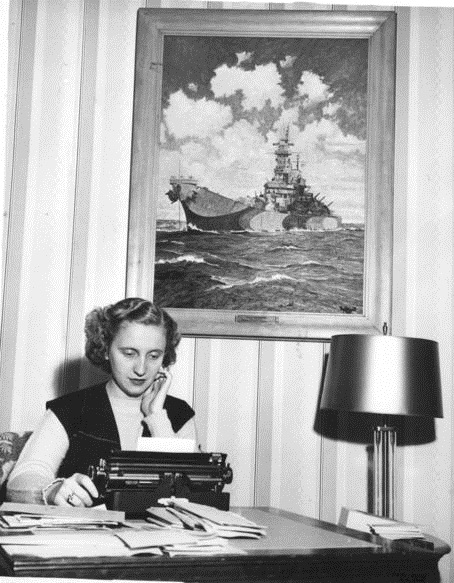 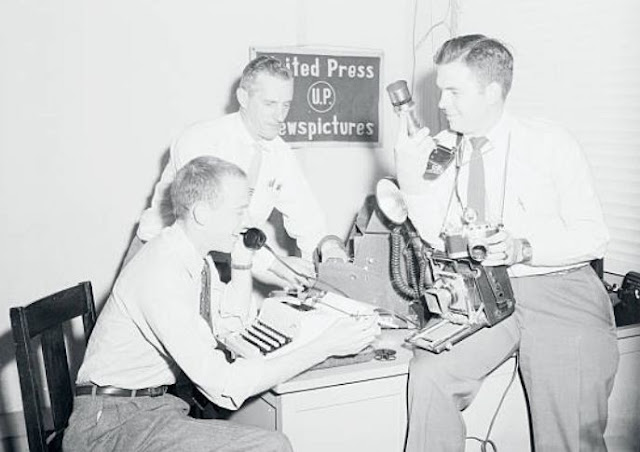 Reporters and photographers covering Margaret Truman's wedding to New York Times reporter Elbert Clifton Daniel Jr (1912-2000) in Independence, Missouri, on April 21, 1956. Daniel later became managing editor of the New York Times (1964-69), after having been the paper's London and Moscow bureau chief. In the photo by Sammie G. Feeback above are Sheldon Hereschoron at the typewriter, Jerry McNeill with camera and at the rear Ed Hoffman. 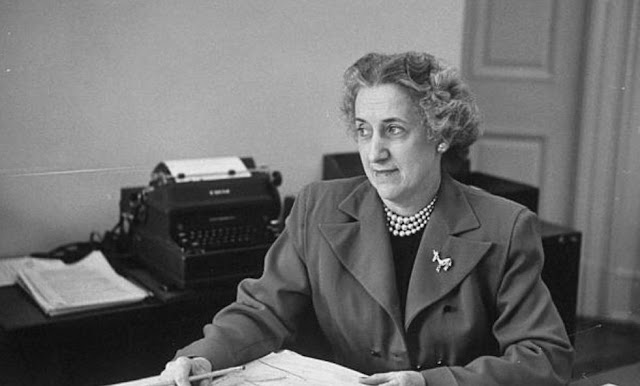 Rose Conway, personal secretary for Truman, is seen here at her desk in another McAvoy LIFE shot. 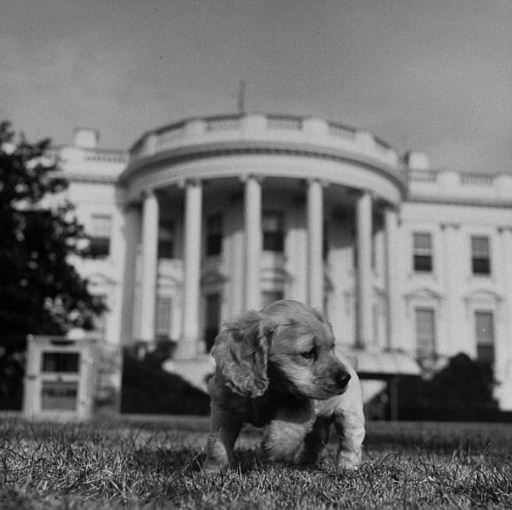 A McAvoy photo of the Truman's dog Feller.
Posted by Robert Messenger at 12:23

The noise in a press train car, with a dozen or more typewriters going at once, must have been deafening.

The only typewriter I recognize besides the Remington behind the train is the 5th photo down (United Press) it looks like a Smith Corona Skyriter.