War Correspondents Endorse Typewriters (and Some Other Things) 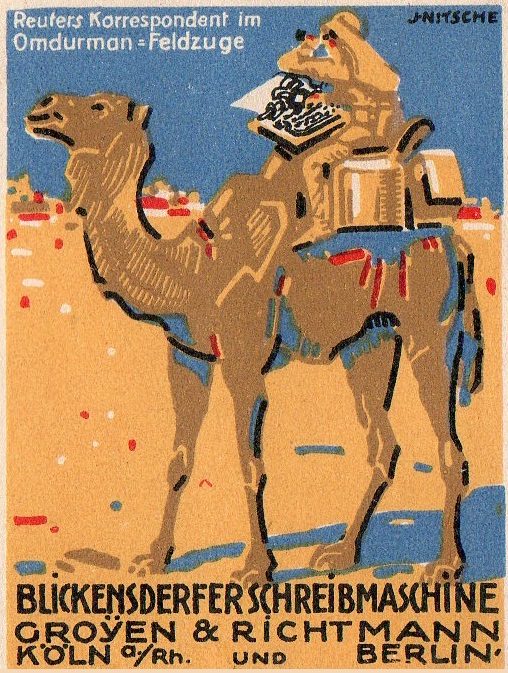 Lionel James CBE DSO (1871-1955), described by Punch magazine as “One of the Princes of the Golden Age of War Correspondence”, is seen in Julius Edmond Robert Nitsche's Blinkensderfer portable typewriter poster stamp covering the Battle of Omdurman during Kitchener's campaign in the Sudan in 1898. James was the war correspondent for Reuters (1895-1899) and The Times of London (1899-1913).

Lionel James organising his ground-breaking coverage
of the Russo-Japanese War in 1904-05. 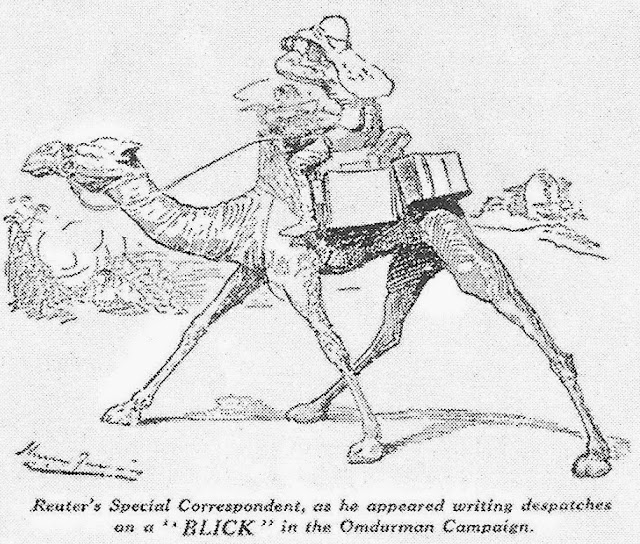 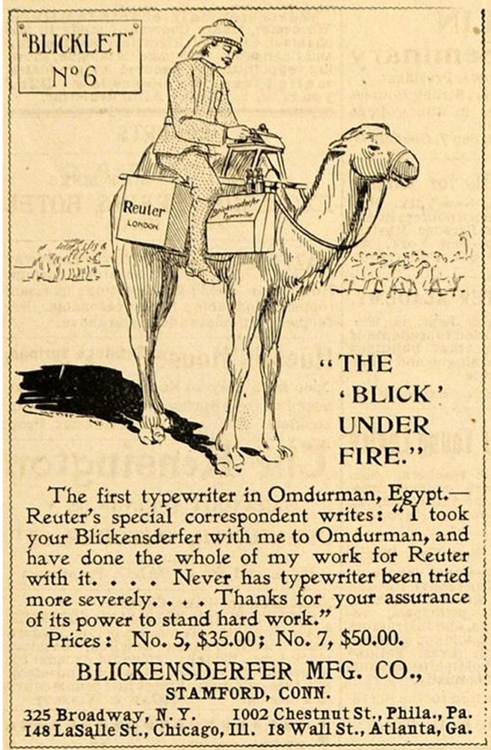 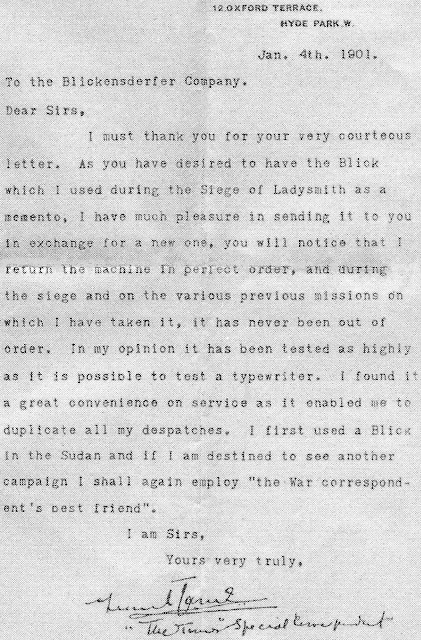 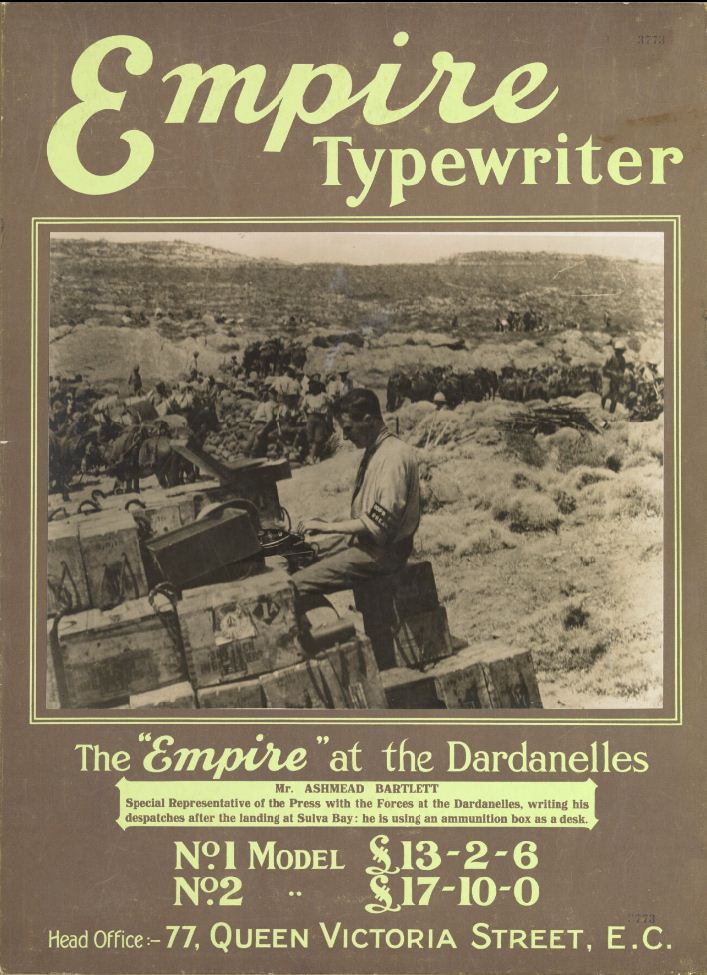 Ellis Ashmead Bartlett (1881-1931) is seen using his Empire thrust-action portable typewriter on munitions crates at Gallipoli in 1915 in this World War I poster. Ashmead Bartlett's reporting of the Gallipoli campaign for the London Daily Telegraph was instrumental in the birth of the Anzac legend, which still dominates military history in Australia and New Zealand. It brought about the dismissal of the British commander-in-chief, Sir Ian Hamilton (a close personal friend of Lionel James). Like James, Ashmead Bartlett also covered the  Russo-Japanese War in 1904-05. After Gallipoli he reported on the fighting on the Western Front in France. 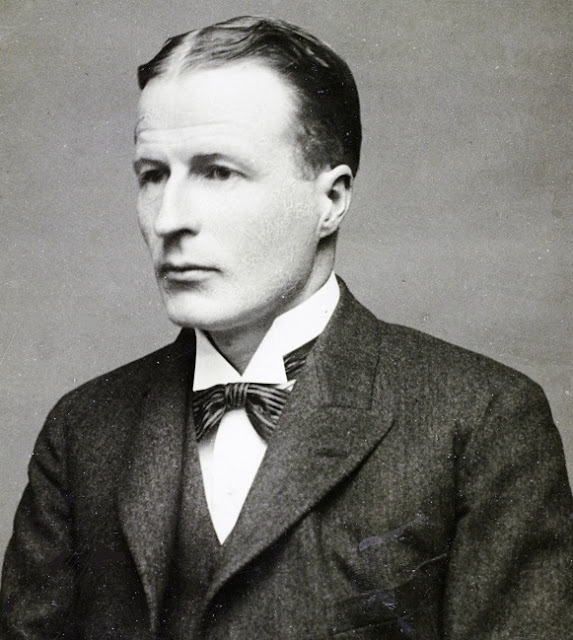 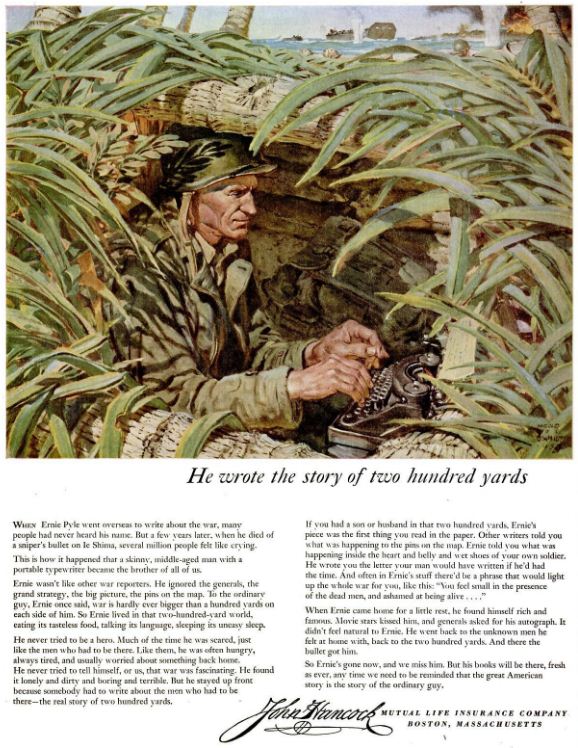 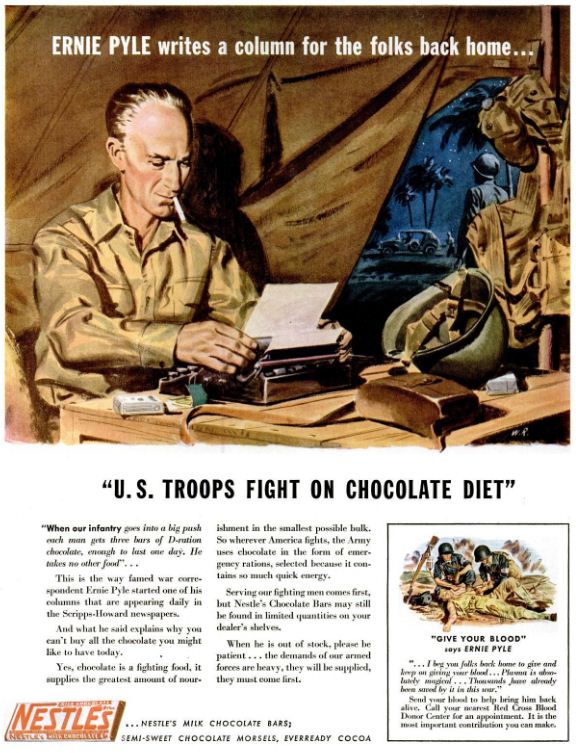 Ernest Taylor Pyle (1900-1945) was a Pulitzer Prize-winning American journalist and war correspondent who is best known for his stories about ordinary American soldiers during World War II. Pyle is also notable for the columns he wrote as a roving human-interest reporter from 1935 to 1941 for the Scripps-Howard newspaper syndicate. Using an Underwood Noiseless portable typewriter, Pyle covered the European theatre (1942-44) and Pacific theatre (1945). He was killed by Japanese fire on Ie Shima during the Battle of Okinawa. 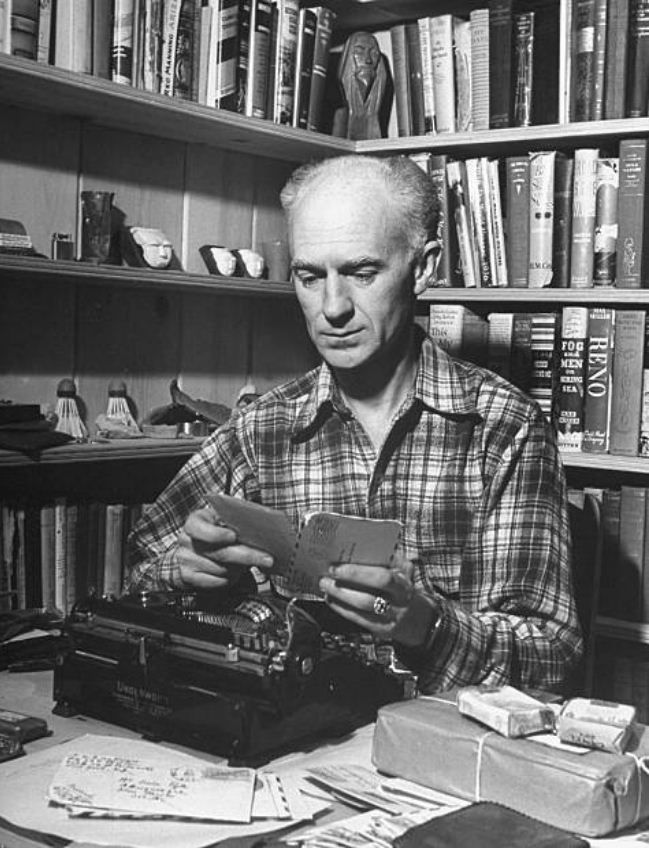 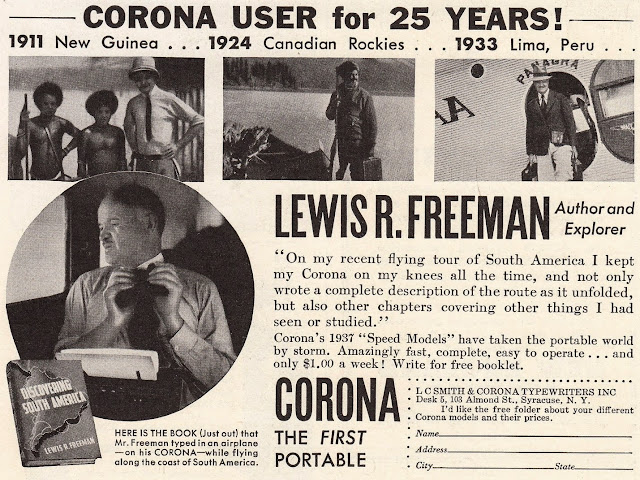 Lewis Ransome Freeman (1878-1960), an American explorer and journalist, used and wrote endorsements for Corona 3 and four-bank portable typewriters. He also served as a war correspondent in the Russo-Japanese War of 1904-05. During World War I he was a correspondent with the British, French and Italian armies from 1915 to 1917. He was a correspondent attached to the Grand Fleet late in the war, and was a staff member for the Inter-Allied Naval Armistice Commission which traveled to Germany in 1918. In 1925 he was a special correspondent with the US Navy Pacific Fleet on its cruise to Australasia. Below are Corona advertisements for which Freeman wrote the copy. 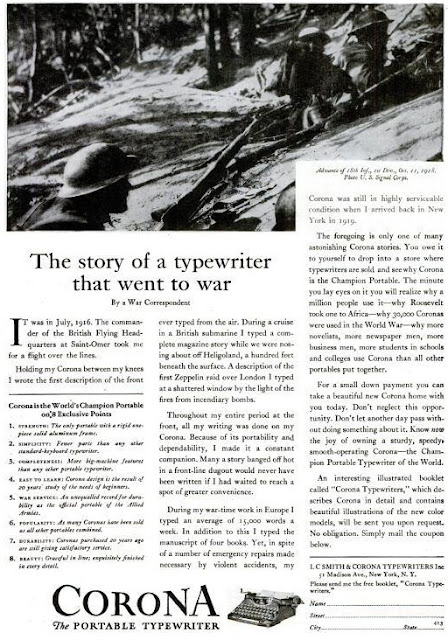 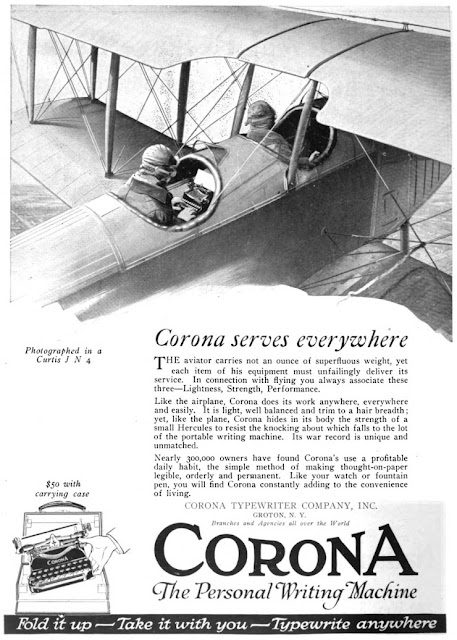 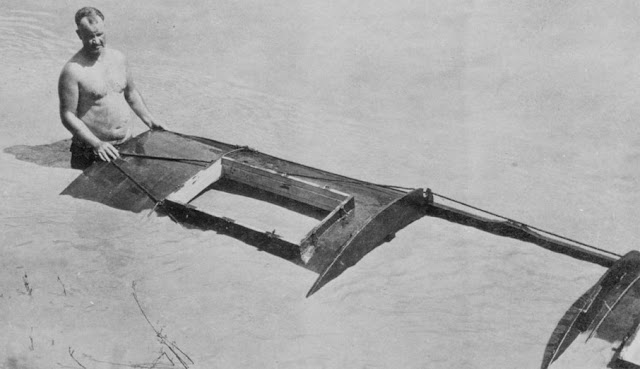 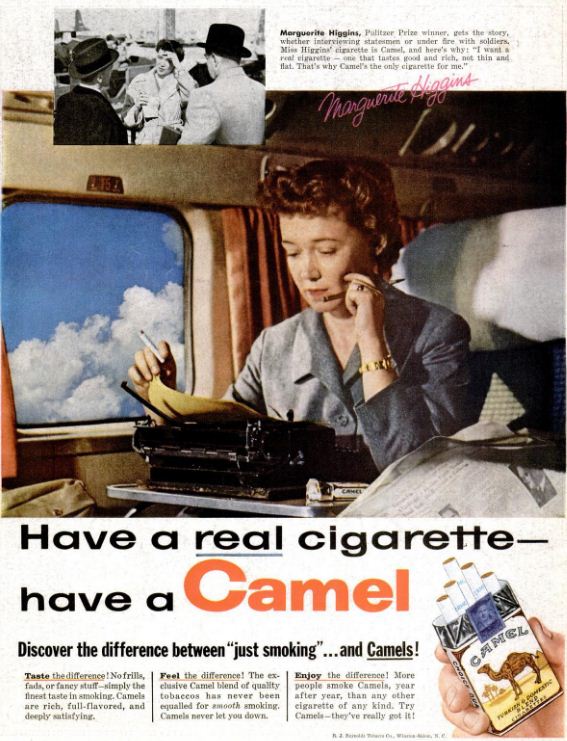 Marguerite Higgins (1920-1966) mostly used a Hermes Baby portable typewriter (but sometimes an Erika portable and Underwood portable and standard) in her many travels as a war correspondent. She covered World War II, the Korean War and the Vietnam War and in the process advanced the cause of equal access for female war correspondents. Higgins worked for New York Herald Tribune (1942-1963) and as a syndicated columnist for Newsday (1963–1965). She was the first woman to win a Pulitzer Prize for Foreign Correspondence, awarded in 1951 for her coverage of the Korean War. Higgins covered the Nuremberg war trials and the Soviet Union's blockade of Berlin and later headed the Tribune's Moscow bureau. 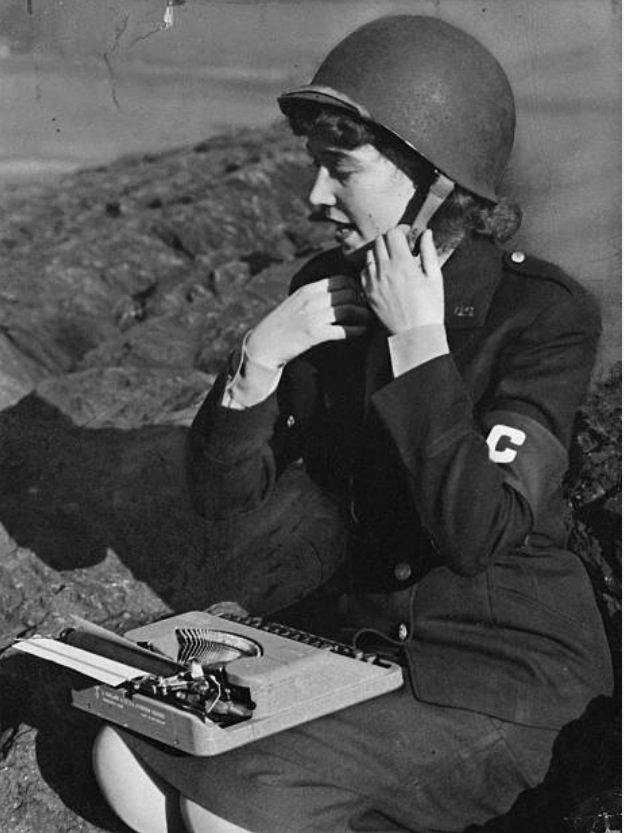 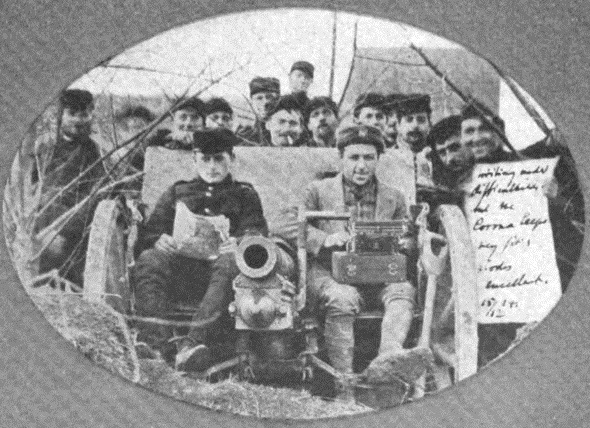 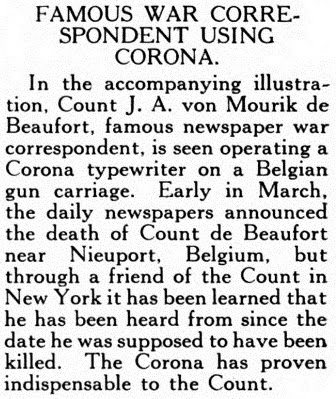 "Count Jacques Alexis Albert Uhlenbroek Dudley von Maurik de Beaufort of the Duchy of Luxembourg" (1882-1967). After causing much trouble in Scotland in 1908 and Chicago in 1910, "Count de Beaufort" was in Europe during World War I, and did file stories to American newspapers (claiming to represent the London Daily Telegraph and the International News Service) - from Germany! However, according to a letter from his "mother", he was killed by German fire while "fighting for France" at Nieuwpoort in Flanders, Belgium, in March 1915. And yet the very next month he was filing copy from Berlin. And a year later he was apparently arrested for speeding in London. In 1916, a year before the US entered the war, he published a book called Behind The German Veil: A Record of a Journalistic War Pilgrimage. Then in 1917 he eloped with the 18-year-old daughter of a wealthy Terre Haute, Indiana, merchant, for possibly his third marriage. "Count" Jack (or Mick or James) de Beaufort was, in fact, Jaques Albert Uhlenbroek, born on April 13, 1882 in Nijmegen, a city in The Netherlands' province of Gelderland, on the Waal river close to the German border. Uhlenbroek arrived in the US from Britain in 1909, already well on the way to becoming one of the great impostors, con men and swindlers of his time, an arch liar and fraudster who variously claimed to be Dutch, Belgian, French and a Luxembourger, He had married heiress Irma Elinor Kilgallen, the daughter of Chicago steel magnate Martin H. Kilgallen, in London earlier in 1909, thinking this would put him on easy street in the US. It didn't. The marriage soon collapsed, but the "Count" managed to keep his pet bulldog Bob, went into vaudeville and the movies, then newspaper work as "The Dude Reporter". (The recently remarried Irma, the ex-"Countess de Beaufort", shot herself to death in a room in the Hotel Fountenelle in Omaha, Nebraska, in April 1916.) Uhlenbroek’s scam was finally exposed in San Francisco in October 1924 when he was jailed for wearing a US Army captain's hat, a Belgian officer's jacket, white riding breeches, boots with spurs and numerous medals and ribbons, all apparently fake. Uhlenbroek, who "gave up his title" to become a US citizen (as "Jack De Beaufort") in June 1917, died in Los Angeles on October 15, 1967, aged 85. 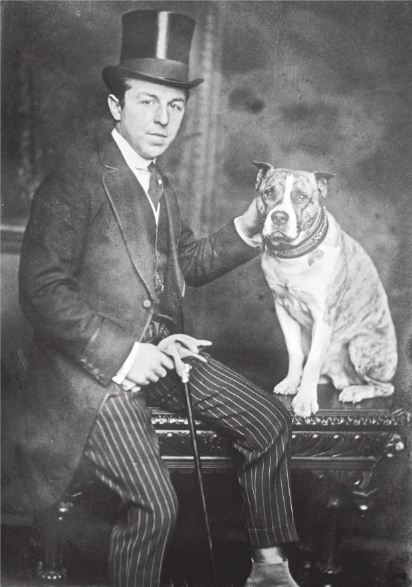 The cheating "Count" de Beaufort with Bob.
Posted by Robert Messenger at 21:33

Nice post Robert. Th only person I heard of previously was Ernie Pyle. As always when I read your posts, I learn something new. Thanks.

PS: Hope your are recovering or fully recovered by now.

I was a war reporter from 1991 to 1999 (ex-Yugoslavia) and until I bought my first laptop (an  Duo) I still occasionally used my typewriter: an Olympia Splendid 66!

Thanks! There's nothing more romantic than a typewriting war correspondent. (And I mistook Ernie Pyle's Underwood noiseless for a Remington noiseless. I'll fix that.)