The Underwood Portable Typewriter That Rose from the Icy Depths of Peace River, Alberta 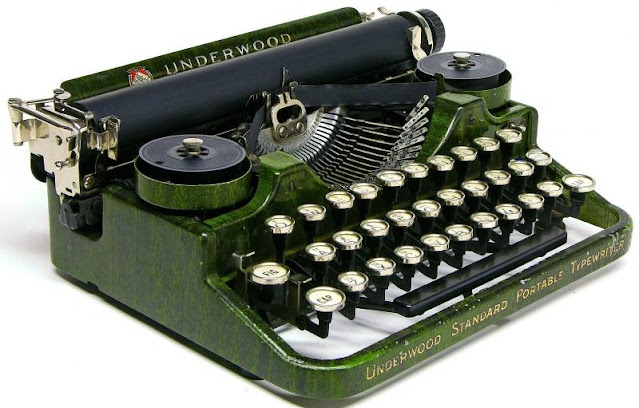 Three weeks after the first Underwood portable typewriter went on the market in Canada, in late August 1921, Underwood was gifted the greatest free advertisement it could possibly have wished for. A Calgary Daily Herald journalist called Chester Abbott Bloom (1882-1967) had acquired one for $75 as soon as the three-bank Underwoods were offered for sale in Calgary. Bloom believed its super compact size and extreme light 7½lb weight would be ideal for a daunting assignment he was about to undertake – mostly by air, but also steamboat and canoe. Bloom was taken by the Imperial Oil Company on a 3000 miles round trip into oilfields of the subarctic wilderness in the Sahtu Lands along the Mackenzie River in the Northwest Territories. Imperial was setting up oil wells below Fort Norman (between the settlements now known as Tulita and Norman Wells). 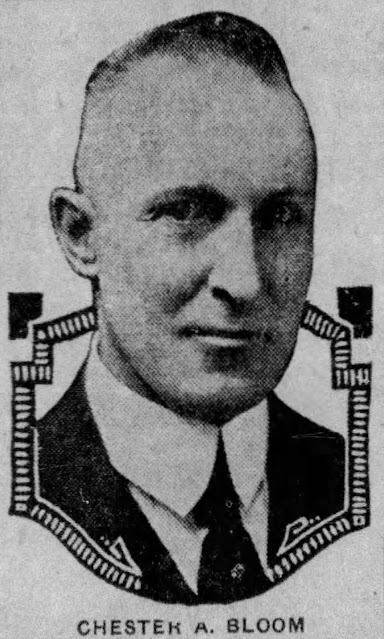 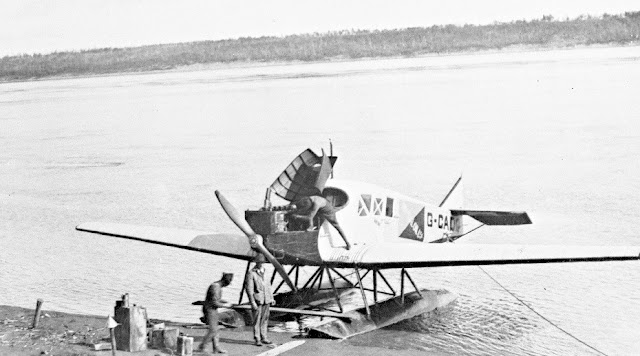 Bloom flew in Imperial’s Junkers F 13a, ‘Rene’ (G-CADQ), or 'Q" as Bloom called it, piloted by George W. Gorman. These German monoplanes were the world's first all-metal transport aircraft, powered by a 185 hp BMW IIIa engine. Returning to the township of Peace River in Alberta on August 24, 1921, the Junkers’ right pontoon hit a sand bar near the Peace River’s confluence with the Smoky River. The ‘Rene’ flipped over and sunk. Bloom, Gorman, mechanic W.J. Hill and Fort Simpson passenger Walter Johnson clung on to the other pontoon until rescuers reached them in canoes and motorboats. Bloom’s Underwood portable typewriter sunk with the Junkers, along with the journalist’s Kodak 3A Special camera, his field glasses and all the photographs he had taken on the trip. The blueprints of Imperial’s findings also went down. Gorman managed to save one of the two husky pups which were on board. 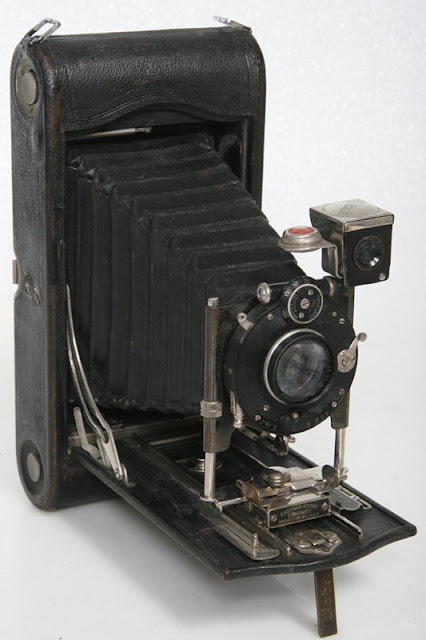 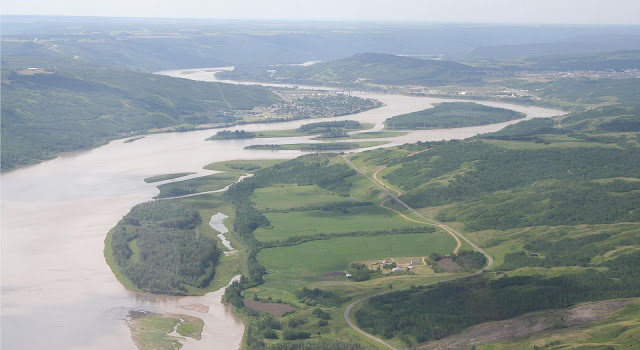 Where the plane crash landed.
Twenty days later Bloom was reunited in Calgary with his precious Underwood, upon which he had typed tens of thousands of words for his newspaper on that one trip north. It had already become his “inseparable companion”. The portable typewriter had remained in the Junkers on the bed of Peace River for a week after the crash landing, but the Calgary Daily Herald said it was “in remarkably good condition considering the vicissitudes through which it passed.” It required “Only a little overhauling and oiling to make [it] good as new.” The Herald said this an “excellent illustration of the thoroughness of modern manufacturers in turning out reliable articles”. Also returned to Bloom was his Kodak camera, as well as eight rolls of film. Carbon copies of his stories were found in a parcel on a sandbar after washing 10 miles down the Peace River.

Three bylines and photos - all in a day's work for Chester Bloom. 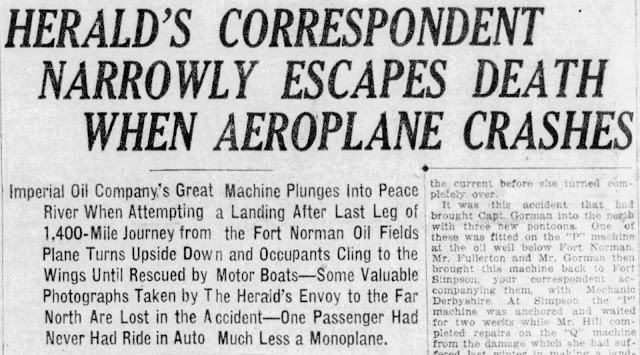 With excellent coordination, the Calgary Daily Herald ran an advertisement for the Underwood portable, inserted by manager Arthur M. Schofield of the United Typewriter Company on Seventh Avenue West, Calgary, on the same page as its article about Bloom’s typewriter being returned to him.

Chester Bloom was born in Edina, Missouri, on November 6, 1882. He began his journalism career on newspapers in Springfield, Illinois, Chicago and Seattle and attended the University of Washington in Seattle. From 1910-11 he worked on steamboats in Alaska, as well as gold mining and prospecting. He moved to Calgary as a city editor in 1912 and became legislative correspondent for the Herald in 1918. In 1928 he was appointed news editor of the Regina Leader-Post, and transferred to Washington DC as correspondent for the Winnipeg Free Press in 1933. He moved to Ottawa in 1936, New York in 1939, then back to Washington in 1940 when the US joined World War II. After the war he returned to Ottawa. He died there on October 8, 1967, at the age of 84, and was buried in Manitoba. 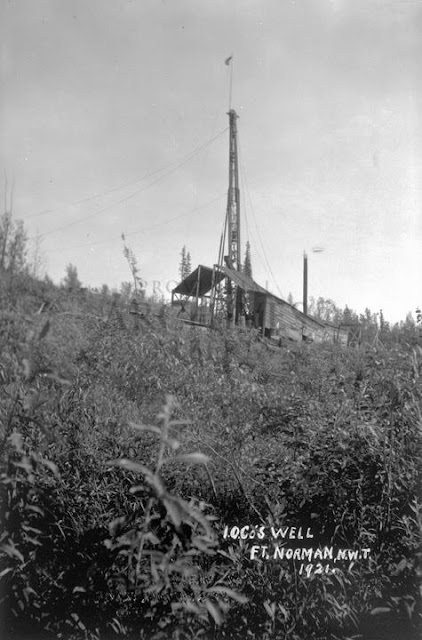 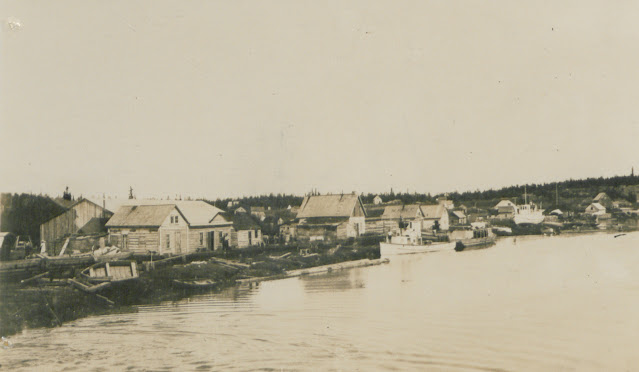 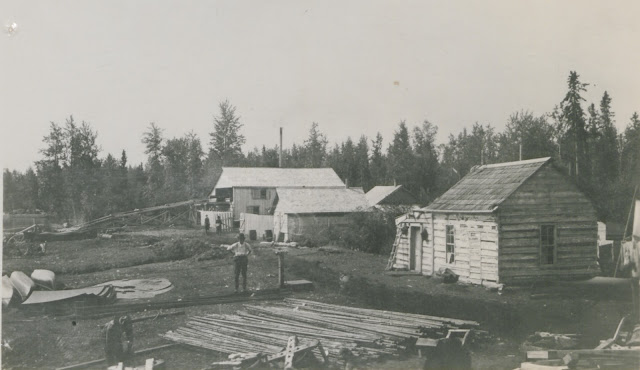 Posted by Robert Messenger at 22:12

It's amazing what a typewriter can withstand and still work properly after a bit of maintenance.

Wasn't there a chappie that canoed up the west coast with a Corona 3 and had it capsized into the salty sea, to be brought up and washed in a fresh water stream?