Using Newsprint in Typewriters – and Getting to the Point Quickly 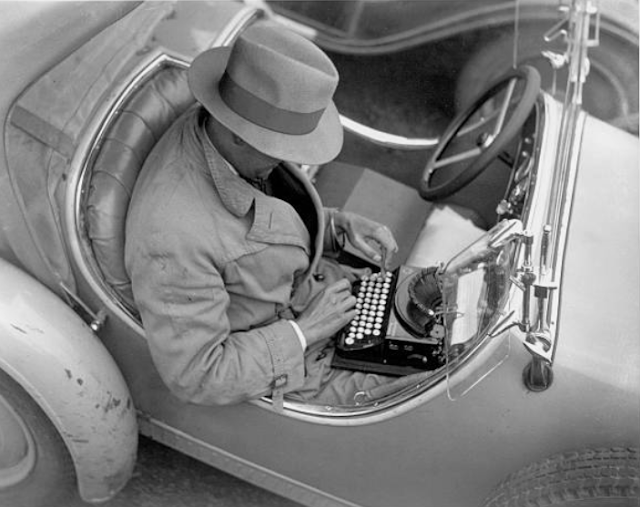 It will be 56 years this week since I started work as a ‘supernumerary’ cadet reporter on the Greymouth Evening Star. My chief reporter was Jumpin’ Jack Turner, and working under him was, yes, just a gas, gas, gas. His lesson one was: No opening paragraph longer than 35 words, and within the first 35 words must be the what, who, when and where (even a hint of why and how, if at all possible). Those instructions stood me in good stead for the next 47 years. 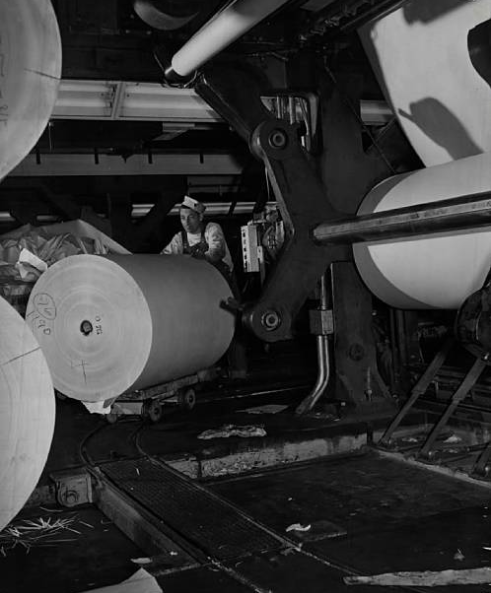 I was reminded of my earliest days in print newspapers when Matt Marks, a New York prop man working on a period 1960 film in Britain, last week asked for advice on everything from what typewriter a reporter would be using to “the correct paper stocks”. At every newspaper I worked on across the world during the “hot metal” days, “paper stocks” were offcuts from newsprint reels. Printers avoided having the reels run out during a print run, so when the reels got thin they were changed for full reels before the presses started. What was left on the reels was then guillotined into pieces about the size of what these days is called A5 (5⅞ inches x 8¼) – in reality, it was the size of the copy holder on a Linotype machine, about 6 inches by 8. All typed copy was written on these small sheets of copypaper, usually the first paragraph on the first sheet of a story (in case the intro was to be set in a larger type size than the body matter), and three to four paragraphs on each subsequent sheet. 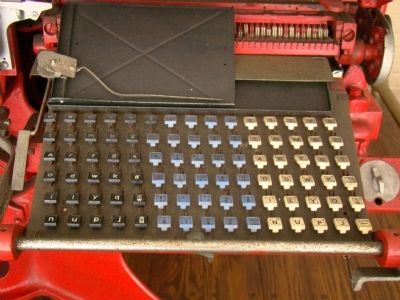 These sheets were never in short supply, and a stack of copypaper was always kept replenished in wooden trays on each desk in the newsroom. Yet the paper was rarely wasted. It wasn’t as if we were necessarily “treehuggers” back then - we just naturally valued the paper. Typewriters made a nice, crisp impression on newsprint, and the subbing marks were all too clear too (My first editor, Russell Nelson, used a fountain pen with red ink: it made a deep impression). On an evening paper, speed was of the essence and wasting time on re-typing was out of the question – we just XXXXed out mistakes and ploughed on. There was certainly no time to change typewriter ribbons, but spool covers were left off so one could keep on eye on how the ribbon was travelling. 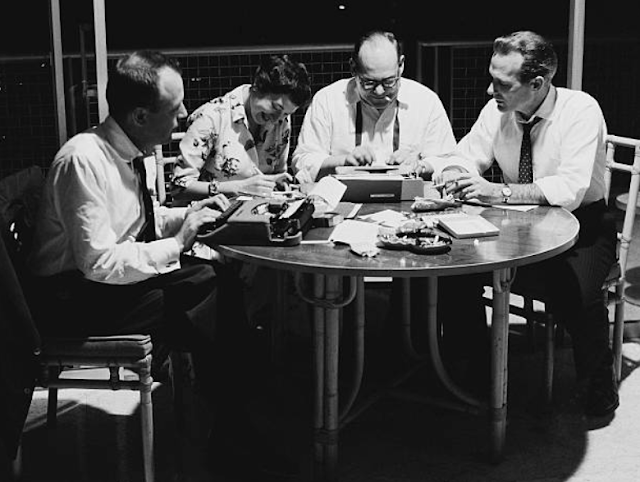 In 1966 I was covering a race meeting in Hokitika when I noted Paul “Scoop” Rooney, the reporter from our morning rival, the Grey River Argus, up against a tighter deadline than mine and needing to file by telephone, typed not just across the copypaper but then turned it sideways, fed it back into his Imperial Good Companion portable and typed in the margins as well. When we travelled, our typewriter cases were packed with copypaper – “Scoop”, I suspect, may that day have underestimated his expected output. Still, reading back through copy for corrections, whether in the office or on the road, was so much easier and more efficient with newsprint hard copy than with modern technology – even if one had to turn the sheet sideways. 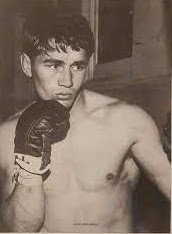 The “first 35 words rule” was always upheld, even if it applied to the first two pars. At The New Zealand Herald in Auckland, my boss, Terry McLean, habitually wrote 143-word intros, which I thought risked sending his readers to sleep. As a very young upstart covering the pro boxing at the “Big Y”, and another setback for a Tokoroa Māori middleweight, I responded with a 10-word lead sentence: ”Kahu Mahunga and Dame Fortune don’t see eye to eye.” I thought it summed things up nicely. Thankfully, so did the sports sub, Rex Fisher. Anyway, I had 25 more words to cover what, when and where.
On the Daily News in Western Australia, sports editor “Jungle” Jim Davies used to cross the intersection on St George’s Terrace and William Street and have two stiff Scotches in the Palace Hotel to summons the willpower to sub-edit Arthur “Mushroom” Thornton’s pacing previews. When the Interdominion championship was being staged at Gloucester Park, Arthur wrote a preview of the final that was 37 pars long and used 10 sheets of copypaper. “Jungle” churned his way through until he reached the 37th par and read, “Phil Coulson will drive tonight despite the fact he has an ear growing from his stomach.” 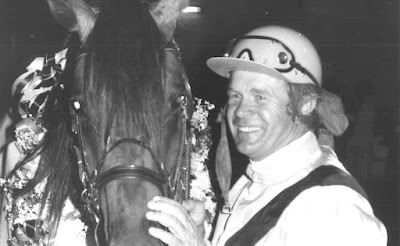 There was an enormous scream from the sports subs desk as “Jungle” crumbled up all 10 sheets of Arthur’s preview and threw the balls into the air. Arthur quickly ran to his side. “What’s wrong ‘Jungle’?” he asked. “The last par!” yelled Jungle. “Yes, it’s right,” said Arthur, “Coulson is in hospital with one of his ears grafted on to his stomach. It was sliced off by a rival driver’s whip during the heats on Tuesday night.” To which ‘Jungle’ rightly replied, “Don’t you think that should be the intro?” 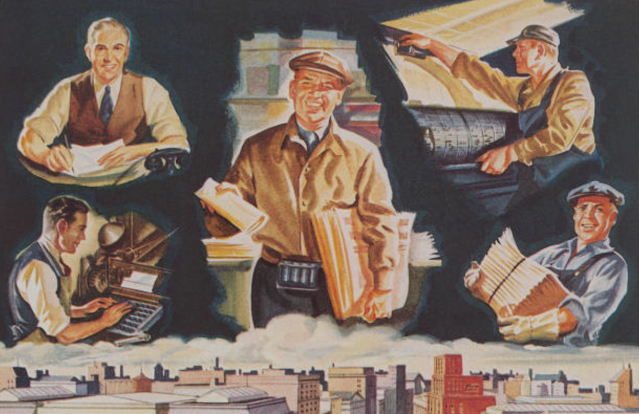 Typewriters, copypaper, sub-editors and Linotype machines are no longer used, of course. But something else, something just as important, has also gone – lesson one, the 35 words outlining the what, who, where and where. Today reporters write stories for online consumption not according to the needs of editors and the demands of readers, but the dictates of advertisers. The point of their articles may be hinted at in the headline, but that point is then buried away below multiple links to advertisers and other articles. The idea is to make the reader see the ads and other links before getting to the point of the piece. But often, if one uses “control F” to move straight to a word from the headline in the body matter, it turns out that word isn’t even in the story – it has been used as “click bait”, and nothing else. 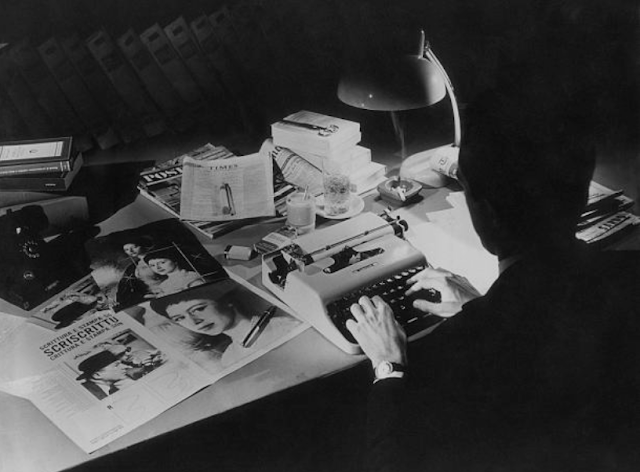 In the days when we used typewriters and newsprint copypaper, we would never have dared try to get away with such a blatant abuse of journalistic responsibilities – not to mention the sacred requirements of readers. What we see now is barely fit to print on toilet paper.
Posted by Robert Messenger at 20:47

There are so many problems with today's digital "newspapers." I can't stand the ugly, intrusive clutter of clickbait, or the mass of insane, partisan comments under every story, or the way they track us.

This was a great look back, thank you for sharing. We all benefit from those lessons you learned early on as the combination of wonderful storytelling and quality writing always makes your blog a pleasure to read.

Thanks for your interesting behind the scenes report on the former news industry.

I am from Mexico. I had no idea online newspapers were so alike... everywhere. :(

I dislike clickbait. Regarding news, I like what the new generations call "spoilers": Give me everything in less than 35 words, and I'll consider to read the rest.

And yes, comments from social networks below the posts are much worse. :(

It's great knowing someone (like you) with the experience of good, old journalism, from the days of typewriters, AM radio and analog TV. <3

This answered so many of the questions that have been running into my mind for months! I could not find a good account of how journalists used to submit their articles to the newsroom. Thank you for sharing.

In my day job, where I have to brief up and on issues and solutions we are proposing, I stick to a very short ISSUE section that gets to the what and so what info.

I am benefitting from your blog entries and sharing your experience. Your storytelling is an example of how to write. I am still working on mine, in English as in French.

Rob you remind me of that classic: His Girl Friday. What a different world, a lost world...