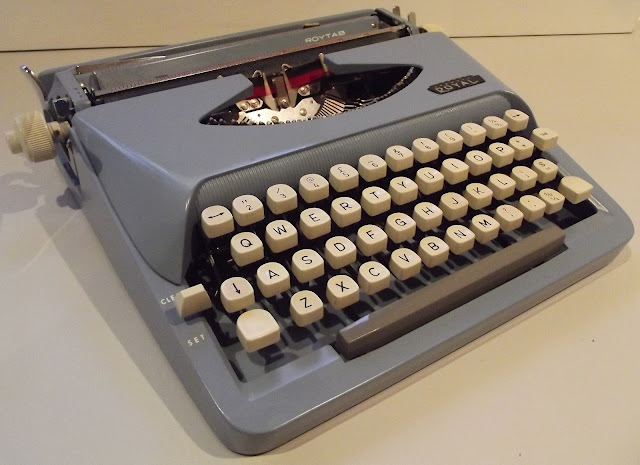 Blue is my favourite colour, bar none. Has been forever - regardless of its association with depression. Especially pale blue, or what's known as azure. My all-time favourite albums are Joni Mitchell's Blue and Miles Davis's Kind of Blue, right up there with Van Morrison's Astral Weeks. 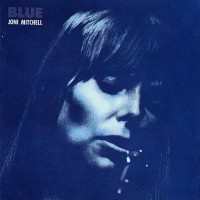 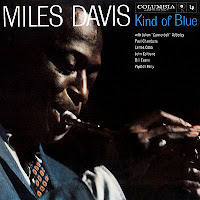 But there's been nothing blue, in the down-mood sense, about this Easter. 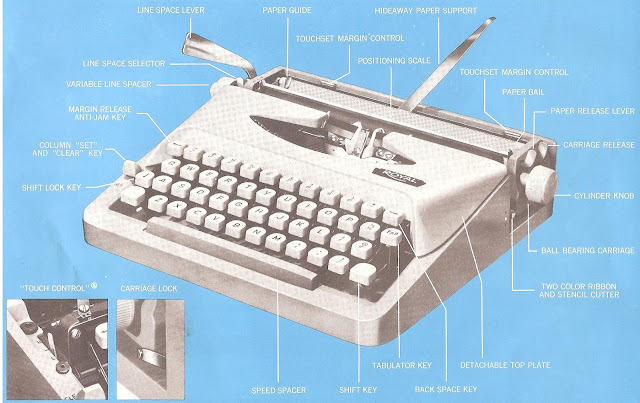 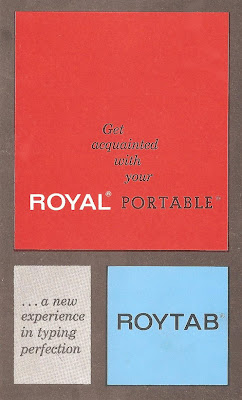 One of them is a Dutch-made Royal Roytab in what is called eggshell blue - how appropriate for Easter! 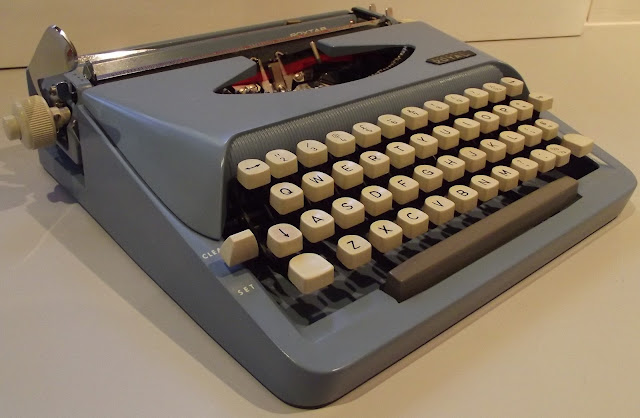 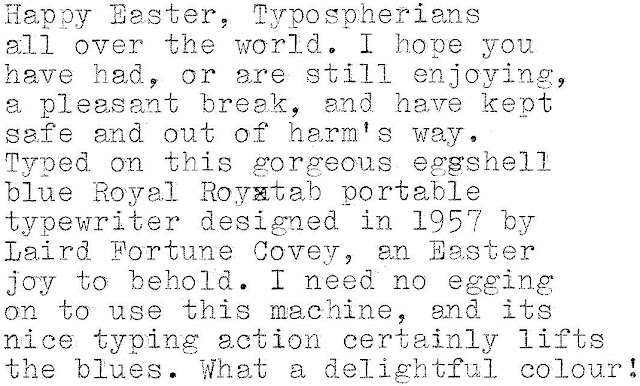 Robin egg blue, also called eggshell blue, is so called because it approximates to the shade of the eggs laid by the American Robin. Robin egg blue was first used as a a colour name in 1873. 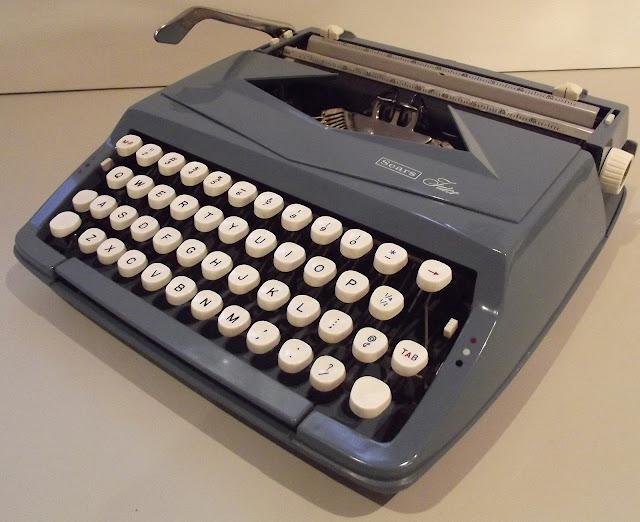 The other, above, was a Sears Tudor, which belongs to the Smith-Corona "Corsair" line, made in West Bromwich, England.
Here are some other blue typewriters which have been gathering dust in the shed, some very small and exceedingly light, some very large and super heavy: 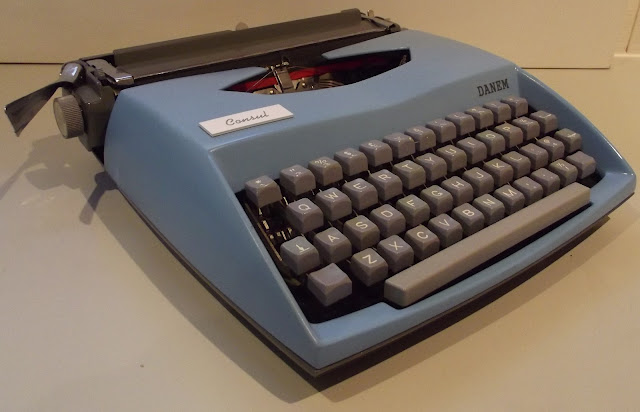 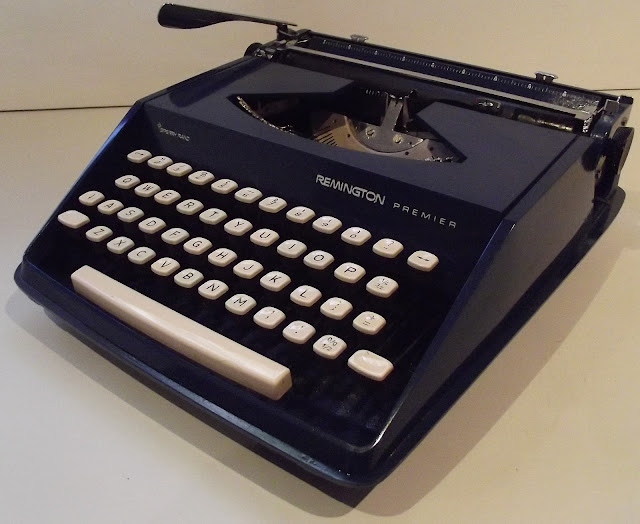 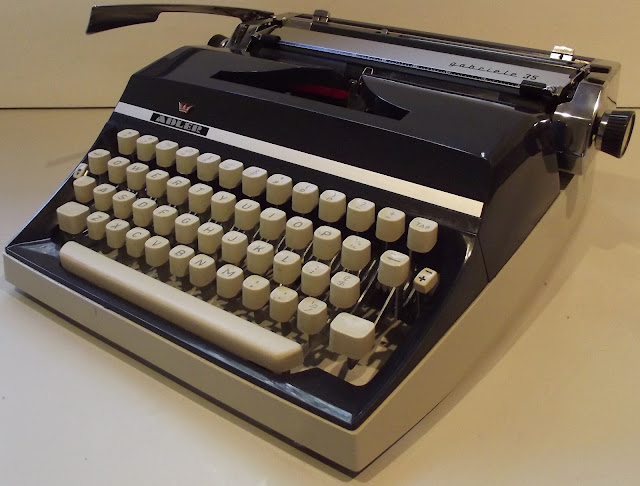 Adler Gabriele 35 (made in West Germany - a wonderful typer) 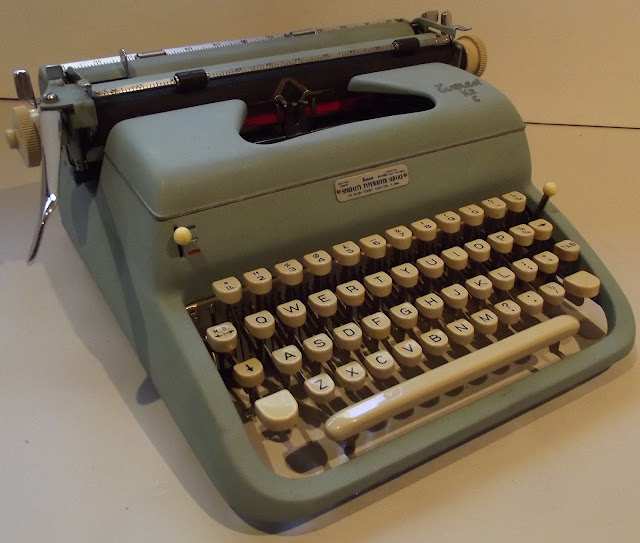 Everest K2 C
(Yes, maybe a bit more aqua than blue!)
Made in Italy, and a not-so-great typer! 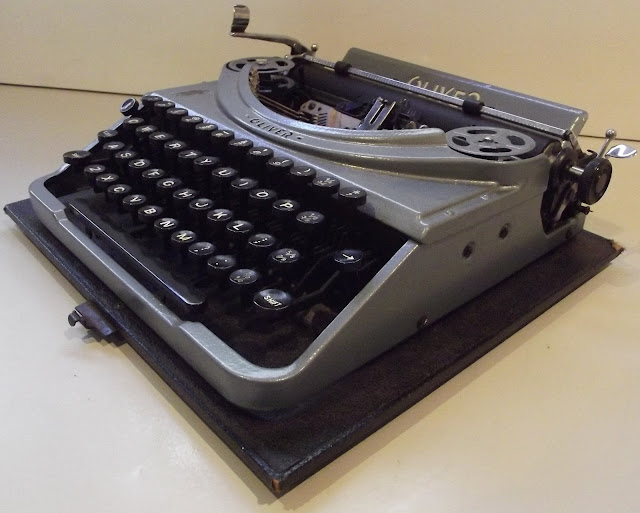 Oliver, made in West Bromwich, England 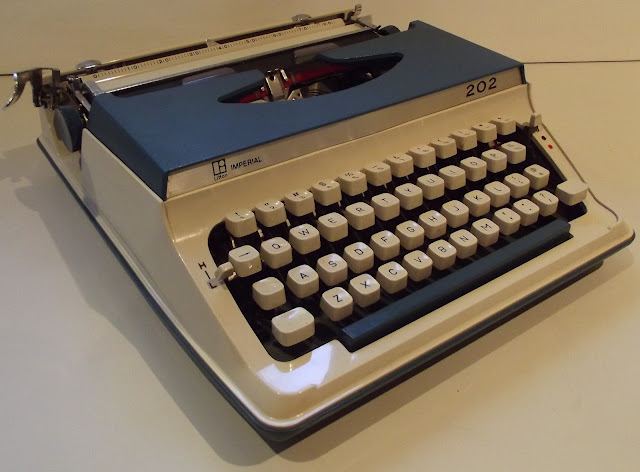 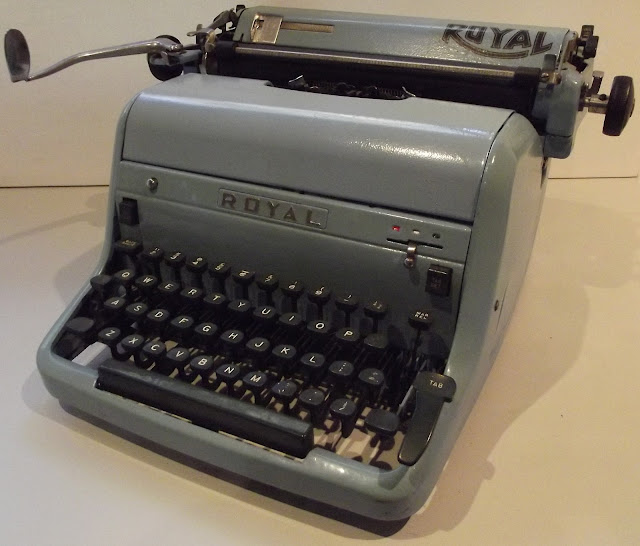 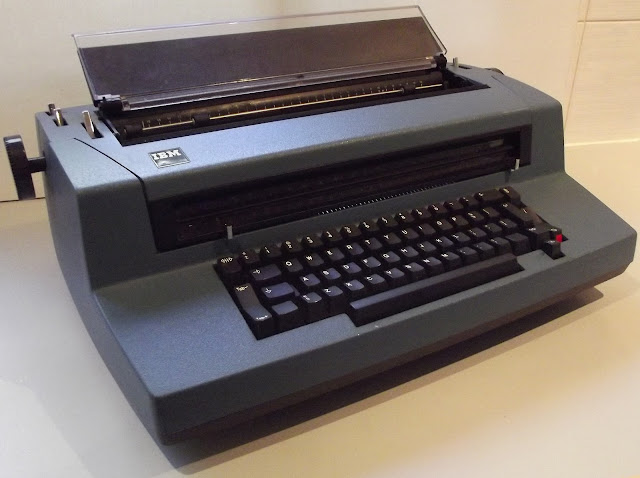 Posted by Robert Messenger at 09:32

Robin's-egg blue was introduced in 1873? Why didn't they paint the Sholes & Glidden this color?

Nice to see you in a happy Easter mood.

I like your Easter typewriters. They all look very nice.

all are nice, I wish you are here in Malaysia so that we can go and visit you and see your collections.

What a nice collection of blue machines! A funny coincidence that although my favorite color is also blue, at the moment I happen to have more red typewriters than non-red :)

That Remington Premier is absolutely elegant. I also like your Everest K2 C, mostly because of the rounded shape. And my all-time favorite: your Correcting Selectric III (if I'm right about the exact model) is a wonderful machine. Actually, that was the typewriter which woke up my interest in typewriters (I heard about them last year, when IBM turned 100).