Kumar Ji Gets a New Typewriter 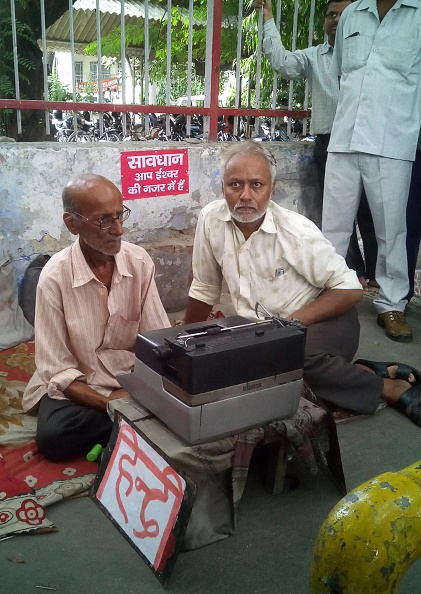 Sixty-five-year-old Indian street typist Kishan Kumar with his new typewriter on a street in Lucknow this week, after he was presented with the new machine following the September 19 destruction of his original in a police anti-encroachment drive in the northern Indian city. 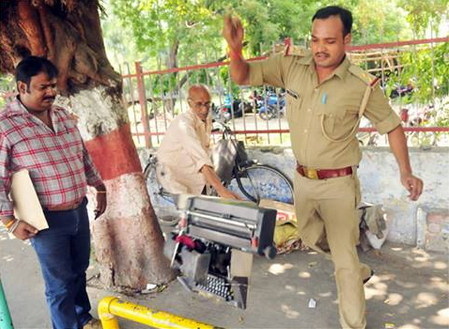 An image of a policeman, Pradeep Kumar, a sub inspector, kicking and smashing his typewriter went viral, making Kumar Ji the most talked about man in India. 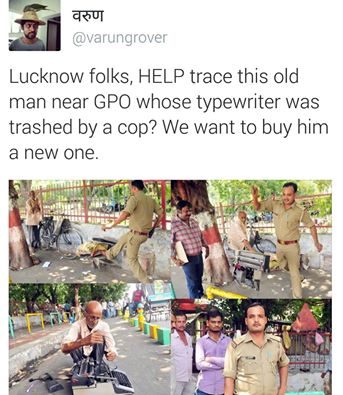 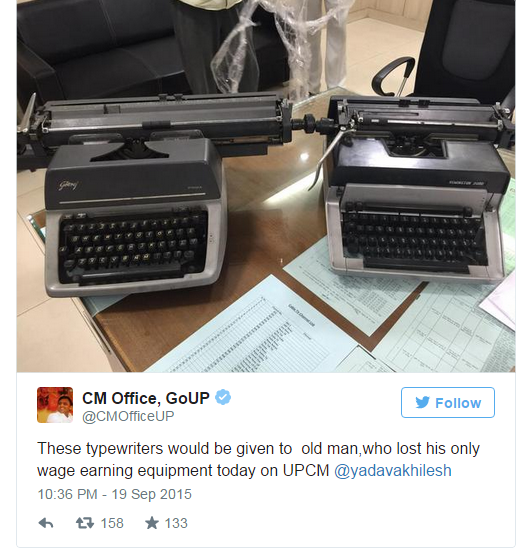 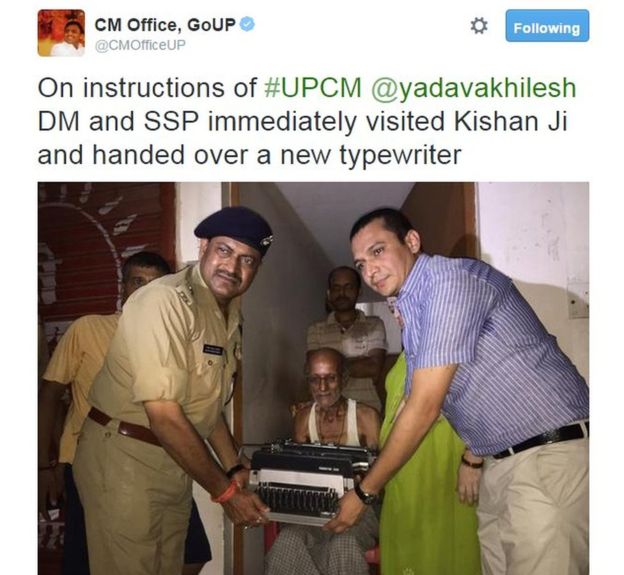 Kumar Ji sits outside the General Post Office in Lucknow and earns his livelihood by typing small letters and legal documents in Hindi. He has been doing this job for the past 35 years, sitting at the same place working 10 hours a day. He earns less than $US1 a day. 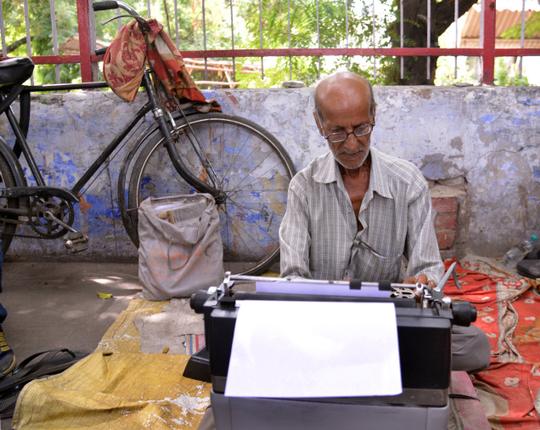 His typewriter was "mercilessly destroyed by an arrogant cop who was ordered to empty the premises because of a VIP visit". The cop gave the typewriter a kick that sent the machine flying. 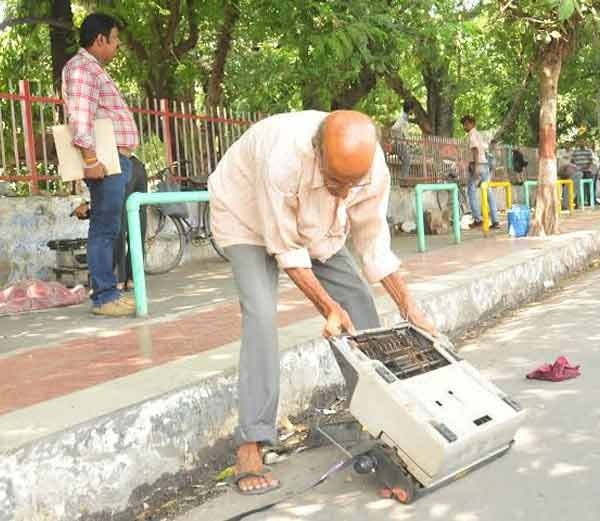 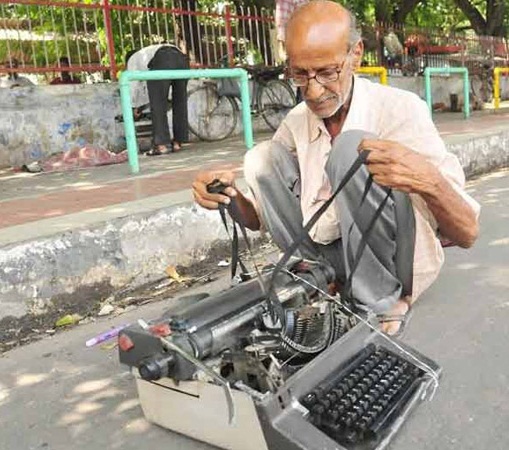 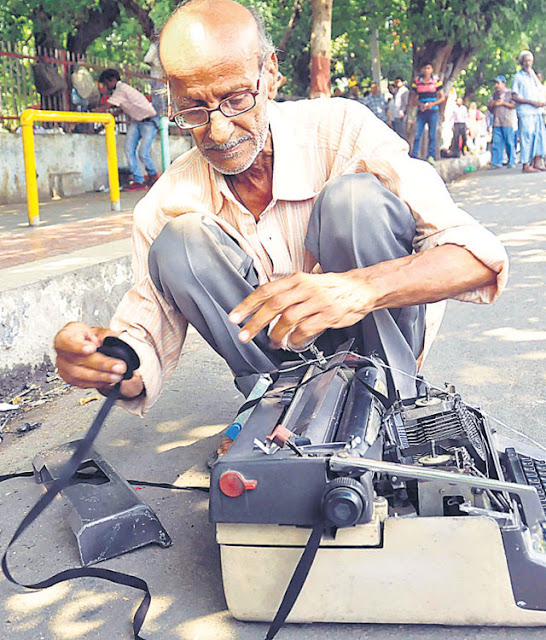 It didn't long for authorities to act. Pradeep Kumar was sanctioned and Chief Minister Akhilesh Yadav instructed the Lucknow police to suspend him for "beating up an innocent wage earner". Later, officials visited Kumar Ji and handed over a new typewriter, on the instructions of Akhilesh. They also apologised to him for the unethical behaviour of the policeman. 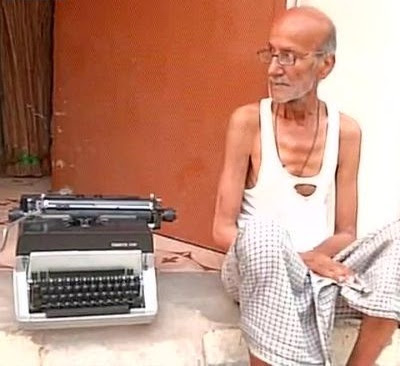 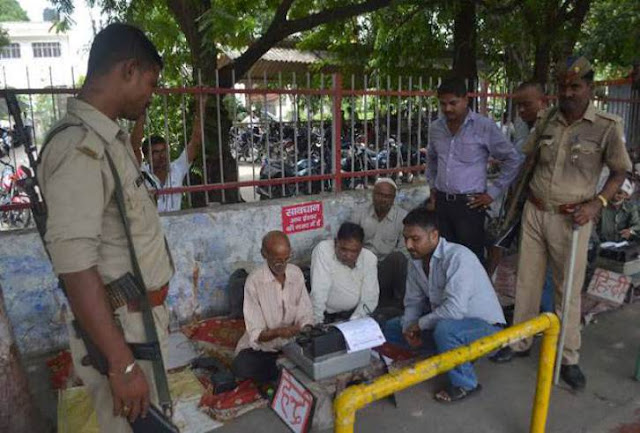 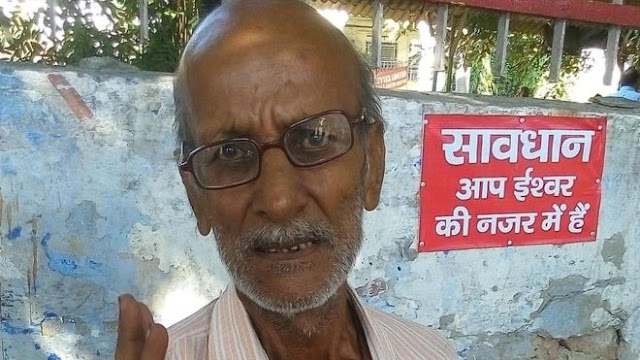 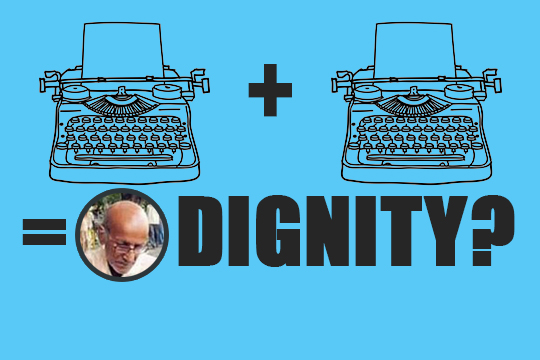 (Not my artwork)
Posted by Robert Messenger at 00:19

Nobody messes with the typewriter man and gets away with it :D

And people say American cops are the worst...glad to see him compensated.

I thought we only had bad cops in the USA.

Well, then here he may have gotten shot by the cop.

I agree with Ted, Don't mess with the typewriter man.