The standard models of the humble Nakajima portable typewriter have been sold in many guises - most notably in this country under the Litton brands Royal and Imperial (but also locally rebranded by CFM as the Craftamatic and Pinnock). Very rarely are these referred to by their original Nakajima model names, which are embraced by the 2000 series and 3000 series. This Chevron (also sold as the Top-Star, with grey trimmings, which can be seen on the Typewriter Database) represents a slight advance on the 2000 series, with more stylish housing and rudimentary preset tabulation, and it's called the A-T 3002. It looks a lot like the (mostly German-made) Olympia Traveller, and is identical to the Nakajima-made Olympiette 3. But underneath this Japanese variation of the Boothby-Joseph housing, designed for Olympia in 1969, is an all-too-familiar basic mechanical layout, with parts made by Marukoshi Kogyo for Litton and assembled from 1975 by Nakajima. 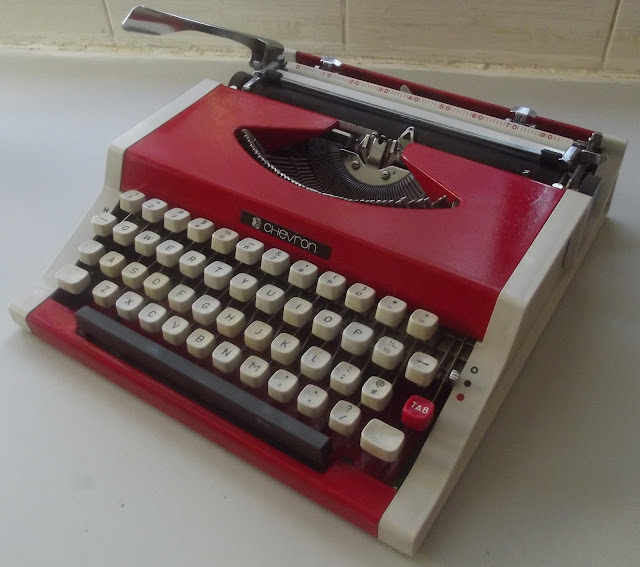 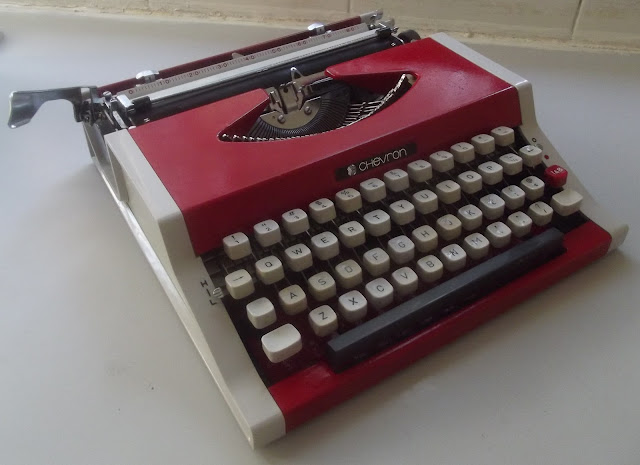 Below, the innards of this Litton Nakajima Imperial (2000 series) are almost identical to those in the Chevron (Top-Star), above (which has the addition of the preset tabulation mechanism). Other than having preset tabulation, this Imperial model is differentiated from the Chevron/Top-Star by the housing alone. And it differs from the more basic end of the 2000 series (such as, for example, the KMart) in only two very obvious respects - it has a metal flap under the paper bail, and it has metal card holders, as opposed to Perspex shields. The manual illustration is of 2000 series model (204) somewhere in between (preset tabulation, metal flap but Perspex shields). At least with the metal card holders, they're a lot easier to keep clean. 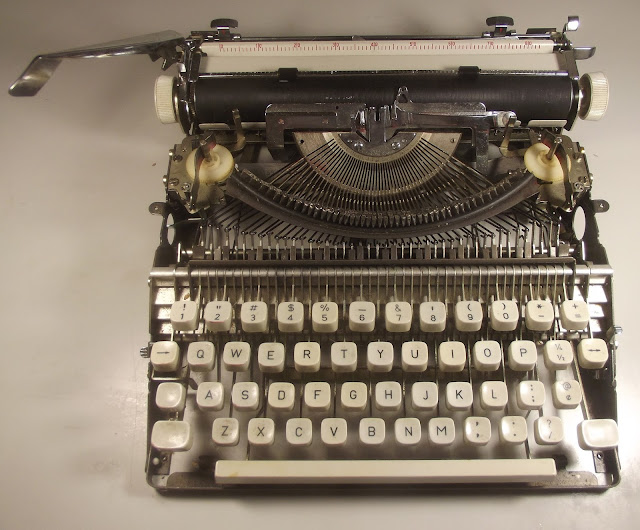 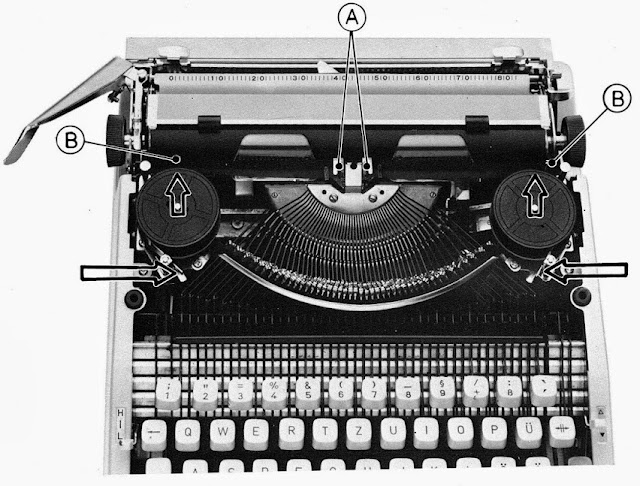 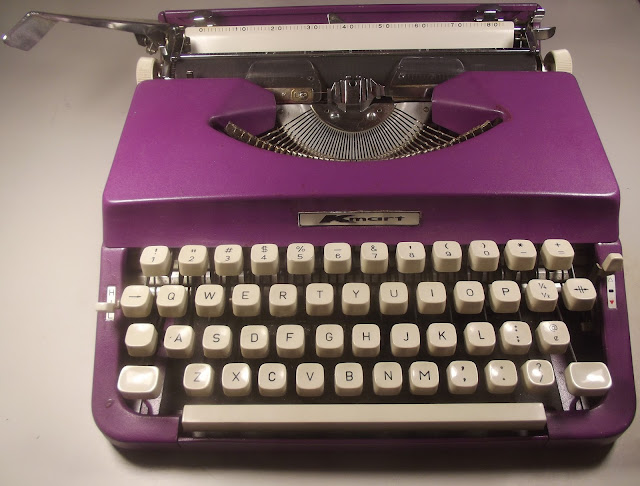 Below, the very easy-to-assemble housing for the standard Litton Nakajima portable: 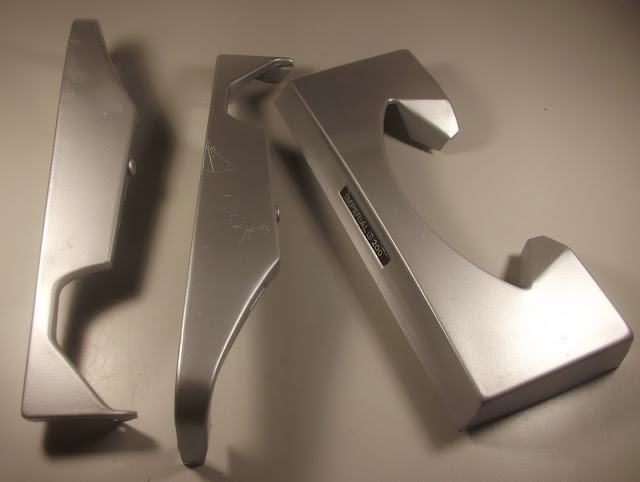 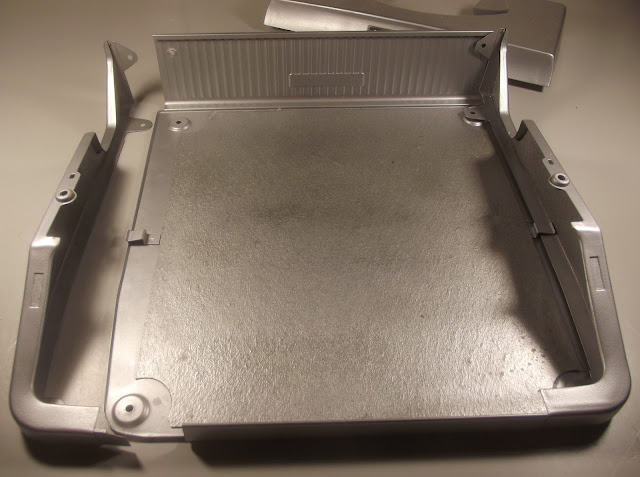 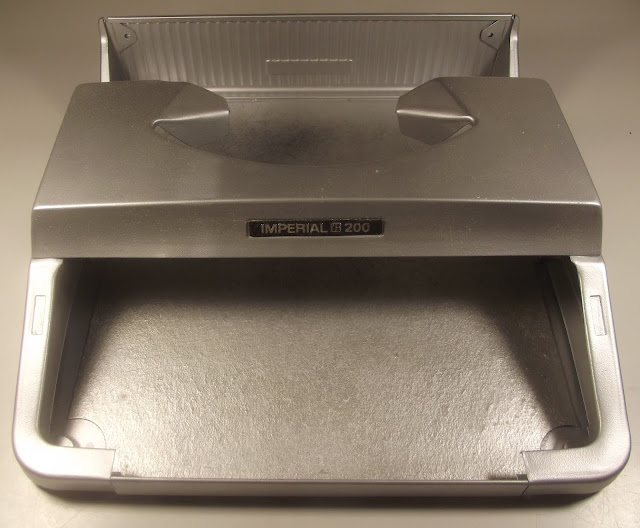 I did not know that typewriter was made for so many different brands. I like the silver.

thanks for the exploded view of the covers, Robert. Now I know how to get started with getting my AT-3002 apart. it was always a mystery to me before I saw these pictures!

Jerry, if it's a A-T 3002, it a slightly different process from the normal Nakajima: unscrew the four boots first, then take out the two screws on either side under the ribbon capstans and gently massage off the plastic side plates. Straightforward from there on.