THE AXEMAN COMETH: St Patrick’s Day Odyssey - Out of the Forest and into the Woodchopping with Typewriter 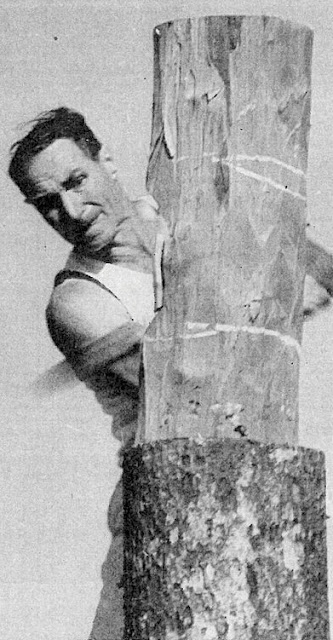 Les Gilsenan on the jiggerboard.


On this day half a century ago, I found myself on a road in the middle of a pine forest, in the middle of nowhere, with no idea where I was headed or how I was going to get there. I hadn’t a cent in my pockets, but a portable typewriter in my hand. A sports writer with a typewriter could always earn a quick quid somewhere, I figured, and indeed I did, no more than a day later.
Out of the pitch black backdrop a set of headlights appeared on the horizon, offering little illumination on the seemingly endless empty road ahead of me. I walked to the side of the road, waiting for the car pass. But it stopped. A man leaned across from the driver’s seat and asked, “Do you want a lift?” 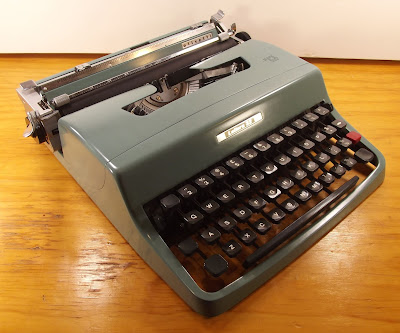 'Jump in,' he said: My only shelter from the storm.
I guess he needed someone to help keep him awake. He hadn’t long knocked off work after a heavy night shift in Nelson, he said, and he had a very long way to go. “Where’re you headed?” he asked. “As far as you’re going,” I said. But I wasn’t much company. I nodded off pretty quickly, and the next thing I knew it was daylight, we were in a town, and my saviour had other business to attend to. He dropped me off outside a shop. It belonged to my father.
I had stayed awake long enough for my driver to tell me, with some prodding, that he was going to a St Patrick’s Day sports meeting at Victoria Park in Greymouth. He would be representing New Zealand in a woodchopping Test match against Australia. He would be cutting the last leg of the international relay, on a jiggerboard. Not only would razor-sharp axes be flying close to his head, but large thin-edged wood wedges would be slicing through the air, and he’d be standing high above the ground on a slither of timber shoved into a nick in a tall log. He made it all sound so matter-of-fact. He was a modest man, but he was also a world champion. And he’d suddenly become my overnight hero.

Covering the woodchopping, 1969.
Armed with what he told me, I found myself qualified to earn my quick quid that afternoon. I covered the woodchopping Test match for the Dominion Sunday Times in Wellington. It was one of the most thrilling sporting events I’ve ever covered, right up there with Ben Johnson “winning” in Seoul in 1988, the Ashes cricket Test at Headingley in Leeds in 1981, Björn Borg beating John McEnroe in five sets at Wimbledon in 1980 and the Barbarians beating the All Blacks at the Arms Park in Cardiff in 1973.
The man who plucked me with amazing grace off the road to nowhere on St Patrick’s Day 1969 was Les Gilsenan, one of the greatest axemen in a long and rich history of competitive woodchopping. He remains a hero of mine to this day. I was once lost, but now I am found (50 years on). 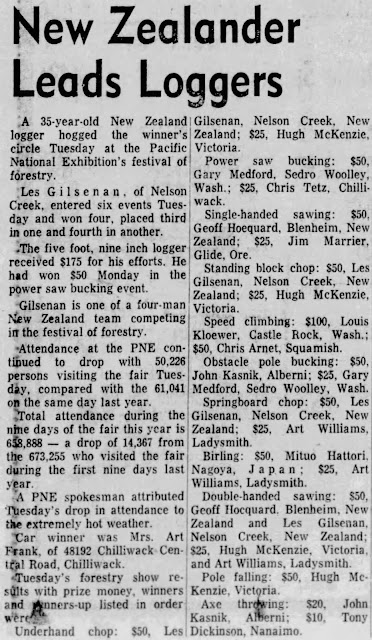 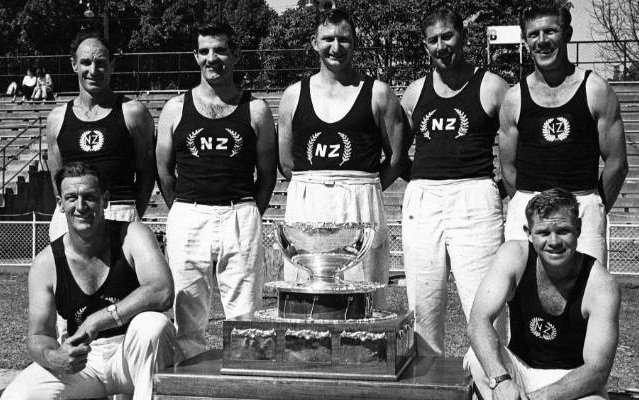 The New Zealand team, with Les in the back row, far left. 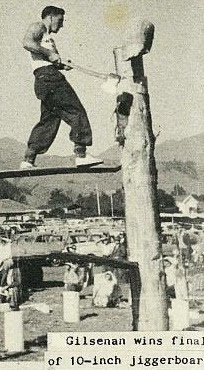 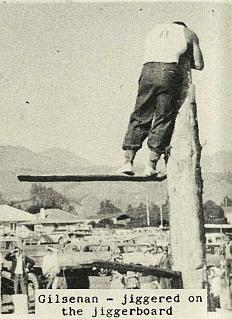 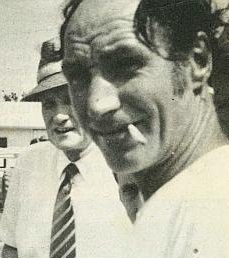 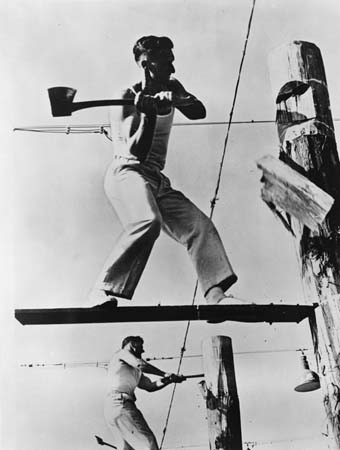 Fine way to get a ride and job at the same time.
I've always enjoyed watching those fellows along with the climbers, sawyers, and other things lumberjacks do here in the USA and Canada in lumberjack contests.