Not So Tough: Why Journalism is Dying

Yesterday someone posted one of the later versions of Leroy Anderson’s The Typewriter on a New Zealand journalists’ Facebook group. It was addressed to “those who think that better ‘music’ was made on typewriters”. A young chap who was studying journalism in Manukau in Auckland while I was in my 25th year in the trade, commented:
2020: "What's a typewriter?"
2040: "What's a mobile?" [cell phone]
I felt like adding:
2021: “What’s journalism?”

Actually, good, old-style journalism is already a distant memory, as my earlier post - Jim Mulvaney's tribute to Peter Hamill - spells out. And in the wake of Hamill's death, The New Yorker last week ran an article by Tom Robbins* titled "As Newsrooms Close Across the Country, Remembering Why They Matter". 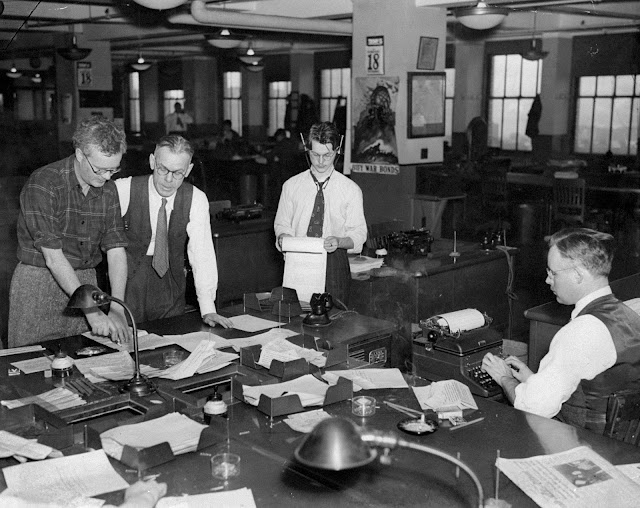 Mortimer Matz, a New York press agent who turned 96 this summer, is one of the few people who remember what it was like to work at the Daily News in its glory days. Matz started at the News as a copyboy in 1949. When the photo assignment editor was called up to fight in Korea, Matz was promoted to take his place. Back then, the newspaper occupied several floors in an Art Deco skyscraper on East 42nd Street. A bas-relief carving in the building’s granite street wall depicts a crowd of New Yorkers beneath the words “He Made So Many of Them”. The quote is attributed to Lincoln, who allegedly said, “God must love common people - he made so many of them,” although, like not a few stories in the paper, the sentiment was more important than the facts. 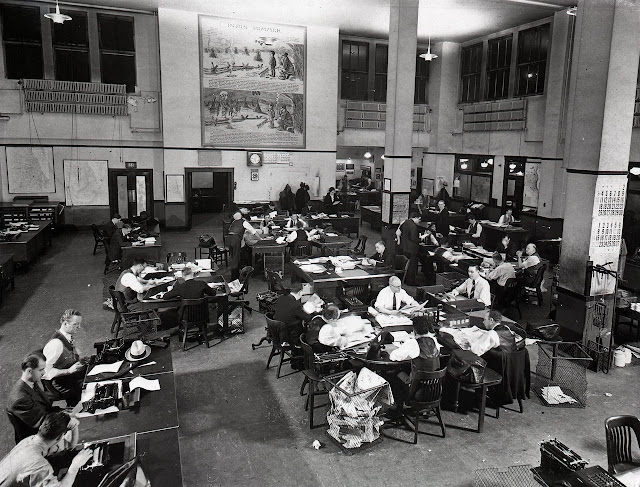 In 1950, the paper’s circulation was more than two million on weekdays and more than four million on Sundays. The News had two airplanes and a fleet of “radio cars” that were constantly roaming the streets of the city, ferrying photographers and reporters. Matz sat beside other editors at the city desk, a long table lined with telephones and cluttered with papers. Behind them were clattering ticker machines for the wire services - the Associated Press and United Press - which churned out a steady ribbon of news copy. Matz’s job was to dispatch photographers to scenes of crime, disaster and sporting events. In July 1956, when the Italian ocean liner SS Andrea Doria sank off the coast of Nantucket, taking 51 lives with it, Matz stayed at his slot for 48 hours, directing a score of photographers who flew to the island in one of the newspaper’s airplanes. “We would’ve sent both planes, but one of the pilots was sick,” he said. 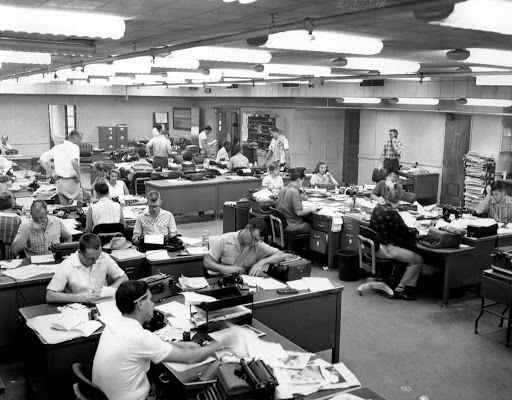 Even on a normal day, with no big stories breaking, the room filled with a haze of cigarette smoke and the sounds of people punching typewriter keys and shouting into telephones. “The place crackled,” Matz said. “The whole atmosphere - it was crowded, excited, and noisy.” 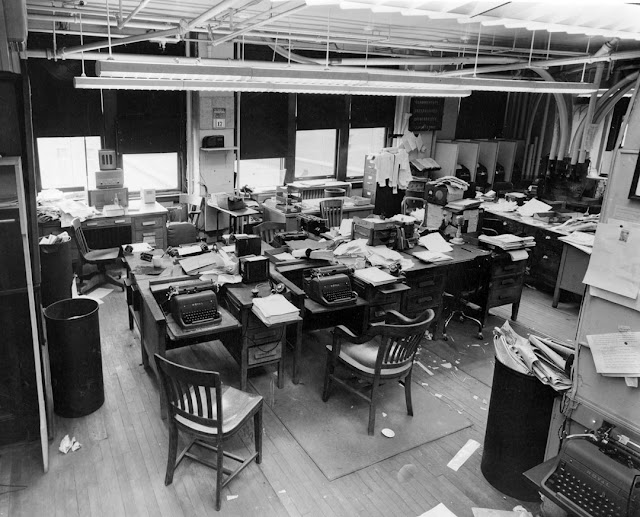 Newsrooms are quieter these days, thanks to computers and vastly shrunken staffs. When I went to work at the News in 1988, the only evidence of the planes was a nice watercolor of one aircraft that hung on the newsroom wall, along with other mementos from the old days. The only people using typewriters were the “inquiring photographer”, who turned out a daily column of person-in-the-street interviews and photos, and the librarians, who typed names and headlines on thick manila sleeves that held the clippings filed away in the “morgue”, a vast forest of file cabinets holding the paper’s archives. 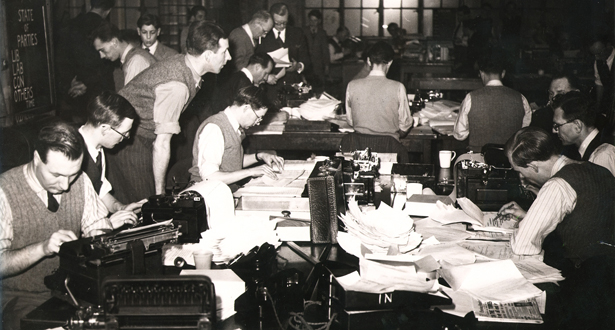 The News has moved twice since then, first to a cavernous and soulless office building on West 33rd Street and 10th Avenue, and then, in 2010, to Four New York Plaza, in lower Manhattan near the Battery. When Covid-19 struck this spring, the News, like so many businesses, allowed its staff to work remotely. This week, the News’ owner, Tribune Publishing, announced that, although it intends to continue publishing “for years to come”, it has decided to close the News office permanently, “as we evaluate our space needs”. The announcement that the Daily News will no longer have a newsroom came as a double whammy for many veterans of the paper, who are still mourning the death of Pete Hamill, the legendary writer and columnist who was briefly the editor of the paper, in 1997, and who died on August 5.

Newsrooms, of course, are at bottom a workplace, a central location where tasks of the day are organized and carried out. But at the Daily News and many other publications, “the newsroom was really this sort of joyous place, filled with oddballs and brilliant people,” said JoAnne Wasserman, who joined the staff as a reporter in 1986 and was laid off in 2013, amid one of many rounds of staff reductions. “You’d have these conversations on the fly with colleagues about an idea,” she said, “and the idea would grow into a great story. You’d get to see the expressions on people’s faces.” 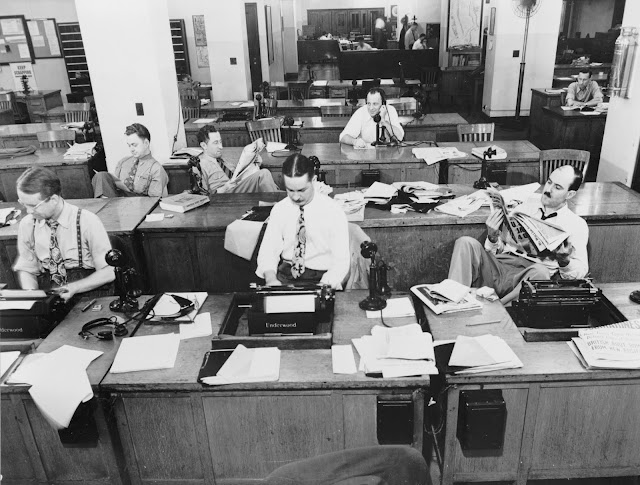 Eavesdropping on conversations and interviews also aided the learning curve. “You’d listen to people talking to cops and sources; it was how you learned,” she said. “I feel bad for young reporters who have to work solitary. I learned so much from watching and listening.” 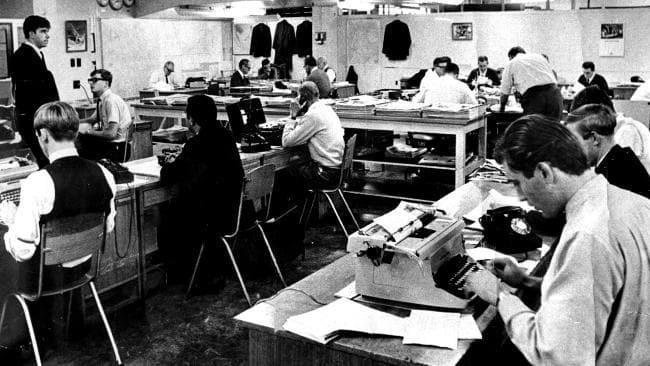 There is much concern that closing the newsroom is a preliminary step in shutting the paper itself. But the News has survived tough scrapes before. In 1992, the paper filed for bankruptcy after the death of then owner Robert Maxwell, a British publishing magnate who either jumped or fell from his yacht off the coast of the Canary Islands, leaving behind a mountain of debt. At the News, a few of us, led by the veteran political reporter Frank Lombardi, paid to produce hundreds of campaign-style buttons reading “Daily News: Too Tough to Die.” When Bill Clinton, then running for President, came by the newsroom for an interview with the editorial board, Lombardi pinned one on the delighted candidate’s lapel. The Cardinal John O’Connor got one as well when he visited. When John Gotti was on trial in a Brooklyn federal court, the crime reporters Gene Mustain and Jerry Capeci offered one to Gotti’s brother, Peter. He promptly pinned it to his shirt. “Too tough to die,” Peter said. “I like that.” 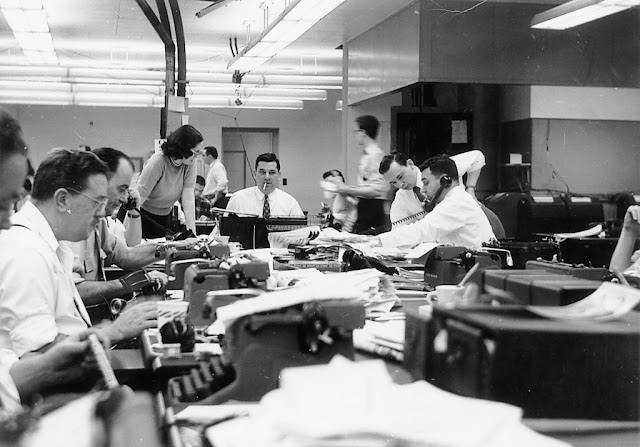 *Tom Robbins, an investigative journalist in residence at the Craig Newmark Graduate School of Journalism at CUNY and a contributing writer at the Marshall Project, has been a columnist and staff writer at the Village Voice, the Daily News and the Observer.
Posted by Robert Messenger at 09:31

Always sad to hear of the closing of news rooms and news papers, especially local ones. Seems society is not interested in true news.

Interesting perspective on a dying industry.

I, too, was a journalist once. When I was entering the industry it was already starting to change. Small papers disappeared, the big ones downtown were already either combining operations or preparing to disappear. Pew Research has a recent article on the more negative effects of journalism's shrinkage, especially in my country, the US.

Loved seeing the pics. Replace those typewriters with IBM Selectrics and it would have looked more familiar to me. But the desks, the atmosphere... It was the same. Peace.