At a time when the credibility of many prominent print newspapers around the world is being questioned, this two-part series looks back on an era when two of the great hoaxes in newspaper history were perpetrated on leading New York dailies.

Swaggering Sanford William Jarrell (1897-1962): His jolly jest at the New York Herald-Tribune's expense made him the only reporter ever fired on his newspaper's front page.
There’s no doubt Sanford Williams Jarrell could put on a good show. When the Legislative Correspondents’ Association staged a performance for its annual dinner in Albany, New York, on March 27, 1924, Jarrell walked on stage with a swagger, twirling his trademark cane, to join the cast of “Six Issues in Search of a Party”. This act “appeared as Orphans, headed by Prohibition, who announced he was sired by nobody and damned by everybody”. Jarrell, then 26, was anything but a journalistic orphan. He took his typewriter to the New York Tribune on August 7, 1922, after his first New York newspaper, The Globe, had been bought and merged into the New York Sun, and was one of the reporters kept on when, 10 days before the Albany show, the Tribune took over the New York Herald. Jarrell had been contributing features to the Tribune since 1921 and it had come to consider him an “industrious and reputable reporter”. But he was a young man in an unseemly rush to get ahead in the newspaper game, and within three months of the fun and frivolity at the Albany show, that heedless haste would cause Jarrell to utterly destroy his hard-earned reputation.

In an act possibly unique in newspaper history, on August 23, 1924, Sanford Jarrell’s name was posted on the bulletin board at the Herald-Tribune news room as “dishonourably discharged”. In a front page article, the Herald-Tribune declared, “He has been dismissed from the staff of this newspaper”. The reason? He had perpetrated what The New York Times would, in its obituary for Jarrell on January 31, 1962, call “one of the most wildly inventive newspaper hoaxes of the 20th Century”. Jarrell's last newspaper, the Press-Telegram in Long Beach, California, said in its tribute that “He gained the distinction of being the only reporter ever to be fired on page one of the New York Herald-Tribune.” 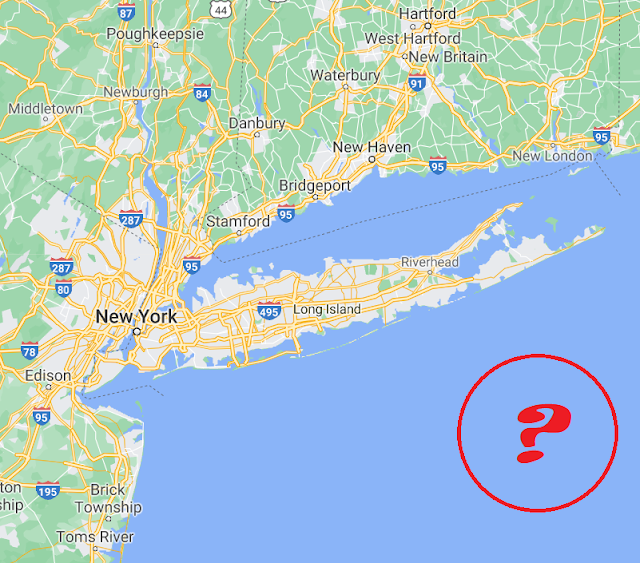 On August 13, 1924, Herald-Tribune staff had received a tip off from a “reliable source” that a large ship was anchored three miles beyond the 12-mile limit (safe from US authorities under the terms of a treaty with Britain) off Fire Island, between Bay Shore and Westhampton, Long Island. Liquor was being sold to and consumed by people visiting the ship from the shore. Jarrell had just been transferred to Albany as chief correspondent in the State capital. But as the Herald-Tribune’s “ace” reporter, he was quickly summons back to New York City to investigate the ship rumours, and he grabbed this choice assignment with glee. Two days later Jarrell returned from Bay Shore with a “story” about a “floating cabaret”, saying he had stayed overnight on the ship on August 14. The Herald-Tribune naturally sent him back to Bay Shore and Fire Island on August 18-19 for more details, and Jarrell duly gathered some extraordinary information. 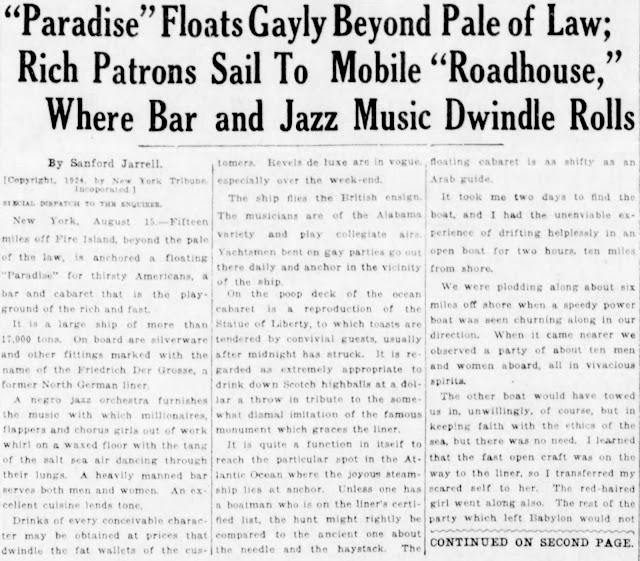 The ship was a 17,000 ton ocean liner called (according to its silverware, linen and life belts) the Friedrich der Grosse. Manned by a British  crew, it had “the most regal stationary bar afloat”, as well as a jazz orchestra. [There had been a liner called the SS Friedrich der Grosse, a Norddeutscher Lloyd ship built in 1896 which was interned by the US in 1914 and converted to a troop transport, USS Huron. What’s more, ironically, Sanford Jarrell had sailed on it, as he was among almost 21,000 men carried to France during World War I. In May 1922 the real ship was allocated to the Los Angeles Steamship Company and renamed SS City of Honolulu. The ship caught fire on October 12, 1922, during her maiden voyage, and sank with no loss of life.] 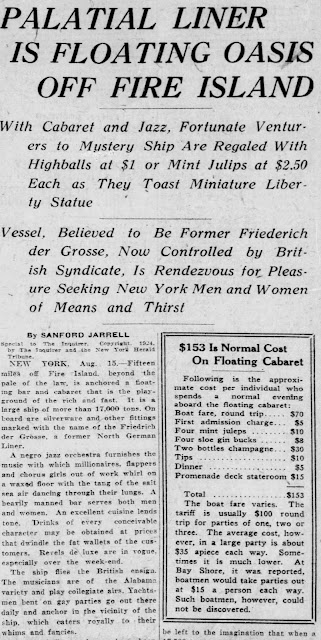 According to Jarrett’s Herald-Tribune stories, the cost of a “formal evening” on the ship was $153, on top of a $5 admission charge, “really creditable” mint juleps were served for $2.50 each, sloe gin bucks $2, Scotch highballs $1, Rye highballs $2, dry gin rickey and silver fizz $1.50 each, Dutch gin $2, champagne $15 a quart bottle and sparkling burgundy $20 a quart. Dinner was $10, and a room on the promenade deck cost $45. It was $35 each way to reach the ship by small boat from the shore. The people only too happy to cough up this sort of money were wealthy New Yorkers, wrote Jarrell, many of whom owned their own yachts, and some of whom had taken “wild women” on board and stayed a week. Jarrell even dreamed up a quote from a red-headed young woman called Irene, dancing on a table top yelling, “This is an epic lark!” 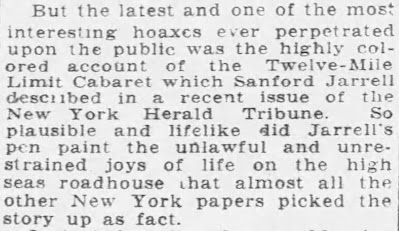 Jarrett’s accounts were so convincing that New Yorkers began to report a blaze of illumination from the ship’s portholes being clearly visible on unclouded nights. But someone at the Herald-Tribune smelled a rat and the prohibition police and navy were called in. It turned out Jarrell hadn’t spent any time on board a ship off New York City. Under intense questioning by his employers, Jarrell admitted to some “embellishment” but said his scoop was fundamentally true and would “stand up”. After leaving the Herald-Tribune offices, Jarrell sent in a note admitting his stories were total fabrication and “wholly without foundation”. He resigned, but it was too late. He had already been “dishonourably discharged”. 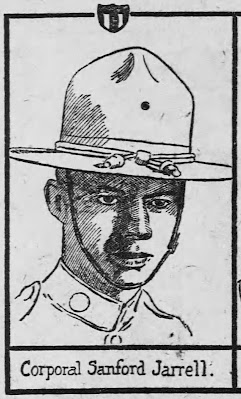 Jarrell was born in Topeka, Shawnee County, Kansas, on November 15, 1897, attended Topeka High School and quickly became the most successful in a family of long-term newspaper parents and newspaper siblings, raised at 1500 Plass Avenue, Topeka. Sanford started out as a reporter at the tender age of 14½, with a summer job on Pike’s Peak Daily News in Manitou Springs, just outside Colorado Springs, before working as a printer’s devil on the Horton Signal in Kansas and joining the Topeka State Journal in 1913. He went on to work for the Kansas City Journal and the Kansas City Star. Jarrell was out of newspaper work while serving with the Third Regiment, Missouri National Guard, on the Mexican Border in 1916 and from mid-1918 with the all-Kansas 130th Field Artillery, 35th Division, in France in World War I, returning as a sergeant-major. Yet he was still able to file acres of copy during military duty, despite losing the first and second fingers of his right hand while on guard duty at Fort Riley in Kansas in July 1917. Cleaning his rifle, Jarrell shot the fingers off. The accident didn’t hamper his use of his typewriter, and he continued to file long articles, even from France. 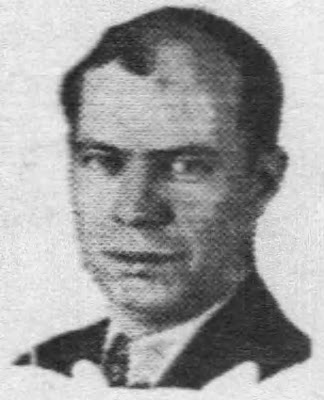 By 1920 Jarrell was “looked upon by Kansas newspapermen as one of the ‘comers’ in the fraternity. A thorough student, a brilliant writer and a keen observer, he has advanced steadily in his work” said the Topeka State Journal. He was vaunted there as “an esteemed editorial expert” and “one of the keenest prospects in the newspaper field”. In 1919 he was assistant editor of the Rock Island Magazine and in 1920 joined the Chicago Herald-Examiner, going to New York in August that year. There he worked briefly in the publicity department of a movie organisation, the Realart Picture Corporation, before returning to newspaper work with the Globe. 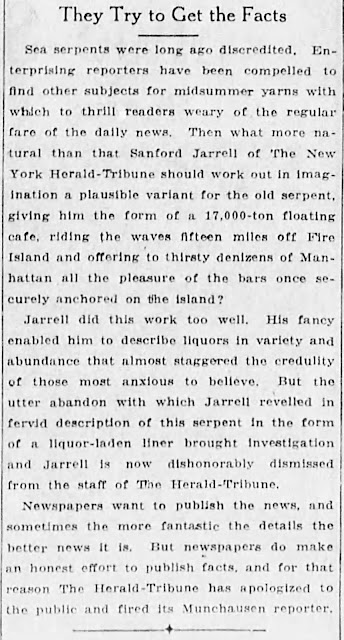 In 1923 Jarrell expanded what Jay E. House in the Philadelphia Public Ledger called his “multifarious activities” into new roles – Jarrell and an old Kansas City colleague bought a plant to start their own newspaper, the Freeport Times on Long Island, and Jarrell became chairman of the board of directors of the Metropolitan School of Journalism on Fifth Avenue, New York City. The Freeport Times closed in mid-January 1924. 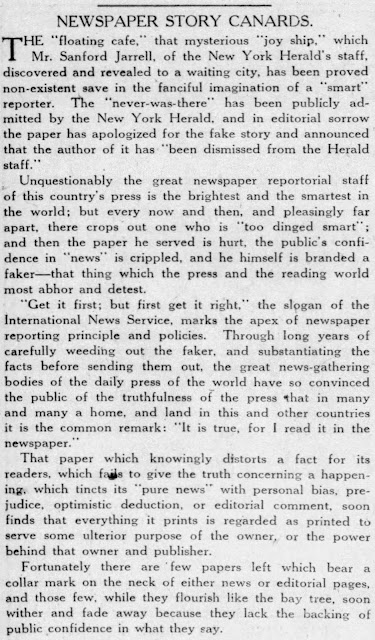 After the Herald-Tribune hoax fiasco, Jarrell worked wherever he could find someone to take him on. He first moved back to Kansas and got some magazine work with the Haldeman-Julius Monthly, then shifted to California as publicity officer for the Republican Party national committee (though he was an avowed Royalist). He even got bylines again in a New York newspaper, working for the Daily News in 1930. He covered politics for the New Orleans Item in the early 30s and was manager of the Hammond Progress in Louisana in 1937 and soon after wound up back at the Pike’s Peak Daily News outside Colorado Springs, this time as editor. In 1946 he was city editor of Burbank Review in California, then moved to the San Diego Daily Journal. Jarrell finished his colourful 47-year newspaper career with the Press-Telegram in Long Beach, which he joined in 1954. He retired in 1959. He died in his sleep in a pull-down bed in the living room of his fourth-floor Long Beach apartment on January 29, 1962, aged 64, killed by the fumes of an unvented heater.
NEXT: Earl Victor Broughton Brandenburg’s Cleveland Article.

Posted by Robert Messenger at 21:22

Mr. Jarrell sure had a vivid imagination. He could strike it rich working for some politicians of the 21sst Century.

There really is such a thing as "fake news." Too bad that people deploy the term these days against any facts they don't like.

Talk about spinning a yarn. I must admit that it made for an entertaining recap.