Still Banging Them Out: Neil Sedaka's Like a Good Ol' Typewriter 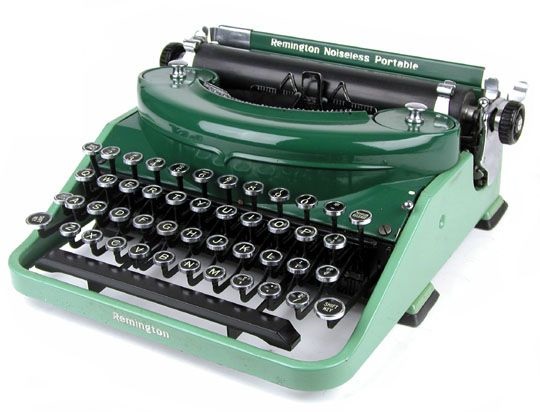 mytypewriter.com
There’s nothing green about Neil Sedaka. He turned 82 last month and is still performing, 64 years into a seemingly never-ending music career (and yet still not in the Rock and Roll Hall of Fame!). Like the owner of a good 1939 Remington Noiseless portable typewriter, Sedaka remains at the keyboard banging out great stuff. A year ago he started a series of free mini-concerts, released through his social media channels (they can be seen on YouTube). It’s his way of entertaining fans during the Covid-19 pandemic. Sedaka paused in December when he contracted Covid-19 himself, but resumed in January after recovering with no symptoms. Last month he underwent a procedure to remove a benign skin tumor from his nose, but the screenshot here is from a concert uploaded just today. 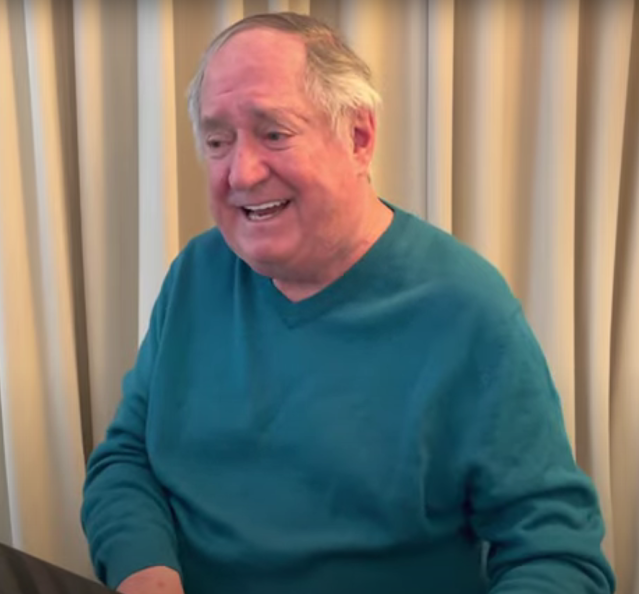 I remember thinking, when asked to go to a Sedaka concert in Dublin, Ireland, in 1974, “Is this guy still going?” I confessed as much when I last interviewed Sedaka, in Los Angeles in 2005. He was, as always, gracious in his reply. Then, while I was in Cincinnati in 2013, I read that “The typewriter, the Walkman, Polaroid cameras and Neil Sedaka all have been the victim of disruptive innovation: forces that beyond our control attack an industry and render it obsolete.” Well, the typewriter and Sedaka are certainly still far from obsolete - I can’t speak for the Walkman and Polaroid camera. 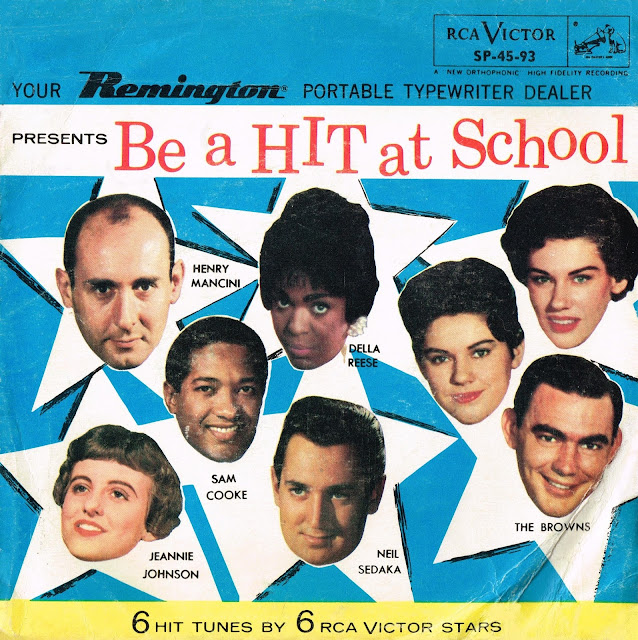 One of the songs I haven’t noticed Sedaka perform in his mini-concert series is Another Sleepless Night, which was on his debut album Rock with Neil Sedaka back in 1959. The reason I was keen to spot it on his latest playlists is that it was the Sedaka track included on the Christmas 1959 Remington-RCA Victor EP Be a Hit at School (45rpm extended play vinyl "Orthophonic" hi-fi record). The EP was at the centre of a cross promotion to mark the launch of the new Carl Sundberg-designed Remington typewriter series, including the Monarch portable, Remington 11 semi-portable and the International standard-size machine, all machines I have used often. 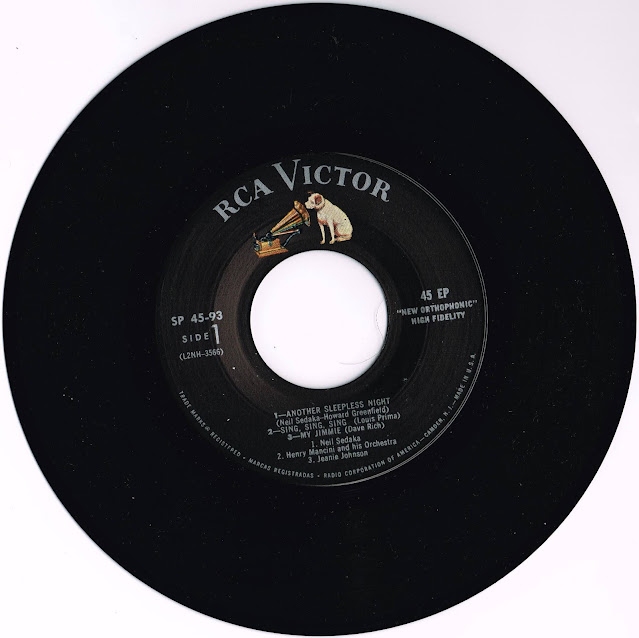 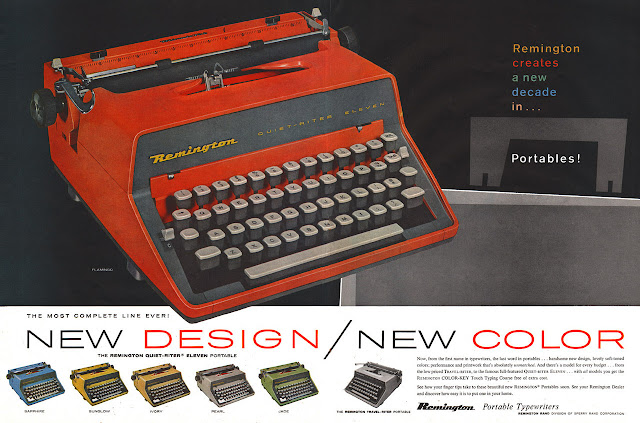 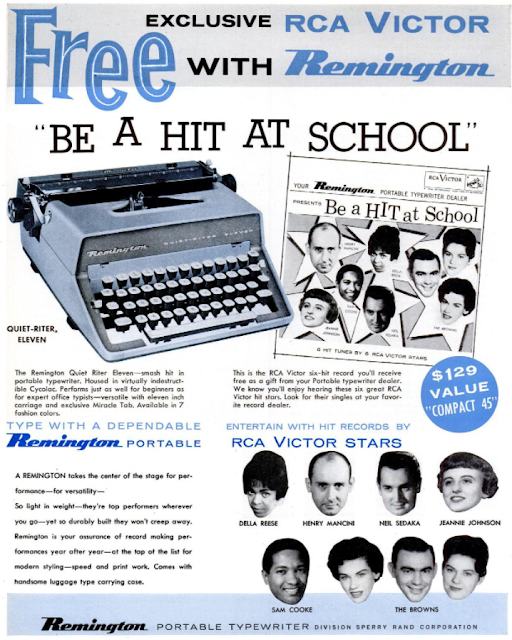 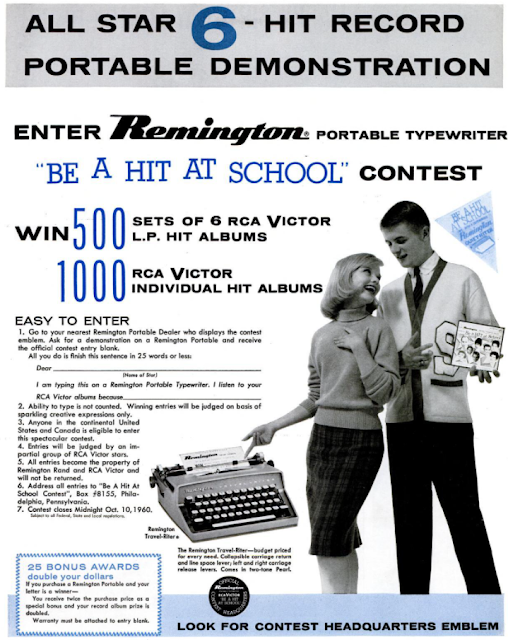 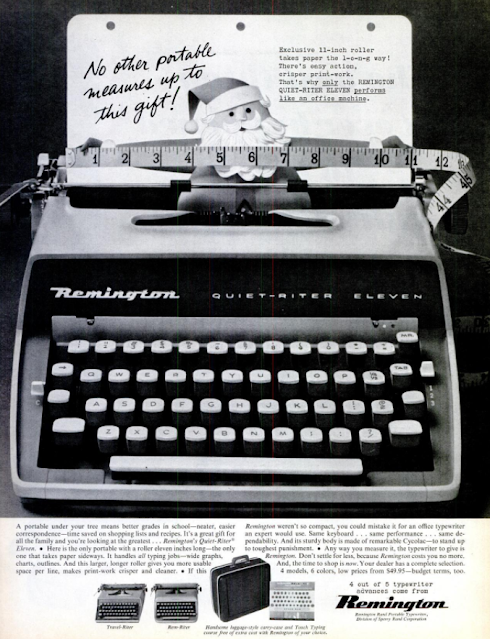 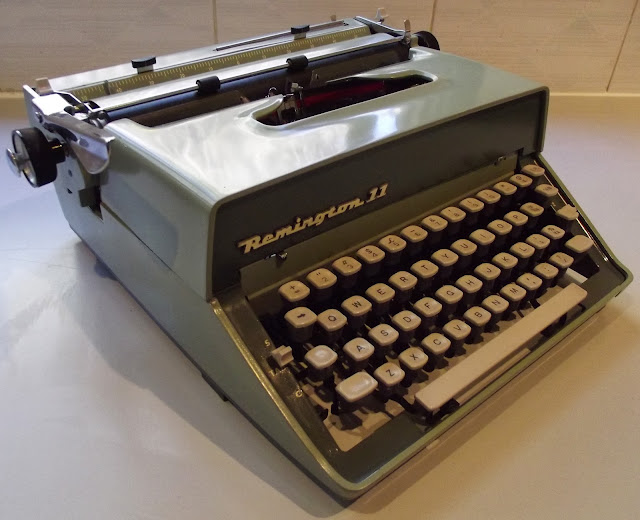 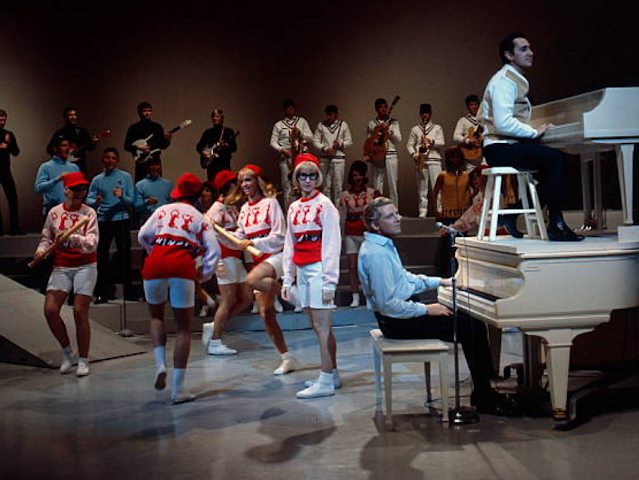 Now here’s an interesting photo, from the TV show Shindig in April 1965. That’s Neil Sedaka at a piano on top of a piano being played by Jerry Lee Lewis, and that’s Carolyne Barry in glasses. In the background the band with the Shindogs are The Wellingtons, right, who once backed Jan and Dean. It’s The Wellingtons you can hear performing The Ballad of Davy Crockett on the soundtrack for the movie Fantastic Mr Fox. Perhaps more famously, The Wellingtons performed the original theme for a very well-known TV show, and appeared in that show as the rock group ‘The Mosquitoes’ (Bingo, Bango, Bongo and Irving). Can you name the show? Clue: It had a skipper, a millionaire and a professor.
Posted by Robert Messenger at 21:17

There's no other show with a three hour tour.... and 7 stranded castaways and Gilligan.
Ok. I know. I'll let someone else finish it.
I never knew of a record and typewriter or typewriter and record promotion. Great!
I guess by the time I was in radio typewriters were fading for word processors and our station gave away cars.

I still like Neil Sedaka and his music. I think his first relaunch was about the time I got into radio.

Neil Sedaka is looking good — good for him!

No one should be surprised to learn that both Walkmans and Polaroid cameras have received a fair bit of renewed interest over the past few years. (Take a look a Walkman Professional prices out on Ebay.) The growth in popularity of typewriters as of late seems to be part of a larger overall trend involving any number of different analog technologies. The pandemic has only served to boost such interest that much more.

As to exactly why this is, well that's anyone's guess I suppose. But I would imagine that the true answer is as complex as the number of parts found in your average typewriter (or in a Walkman for that matter).

What a great piece!

Very interesting blog today. The Norman Wells story was extrememly interesting since Esso's drilling was so far out from the market. I guess it was a structural play that the geologists found. Bloom was a very intrepid reporter to go up to Norman Wells. Even getting to Peace River was a major adventure.