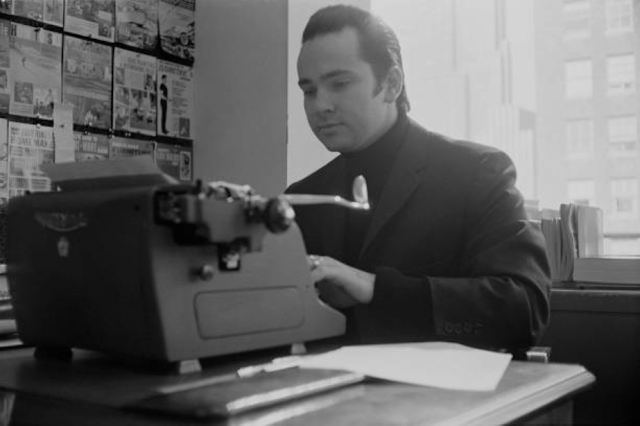 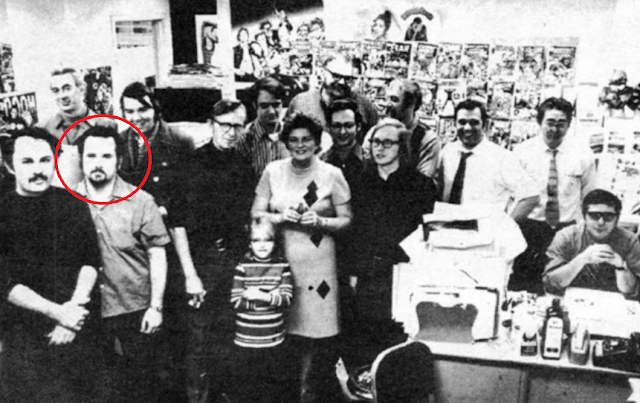 As a young boy growing up in an upper-class family in Manhattan, the son of a Park Avenue physician, Al Kurzrok decided he wanted to be not one but many people. And as an adult he indeed became a man of many parts. 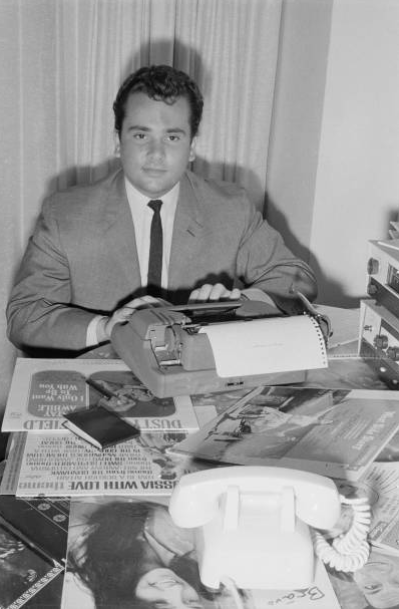 Kurzrok started his working life as a Greenwich Village journalist and comic book writer, illustrator and letterer, and finished up as a Tampa, Florida, clinical psychologist, having gained a doctorate in counselling from Union Graduate School in Cincinnati. The photos of Kurzrok at his typewriters here were taken in the mid-1960s, at a Royal standard and a Smith-Corona portable. 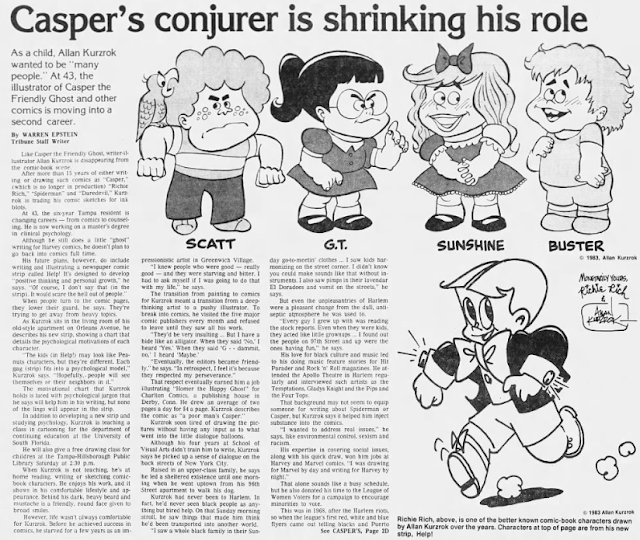 Born Allan Lance Kurzrok in Brooklyn on October 30, 1939, he attended Columbia Grammar and Preparatory School. After spending time in France, he returned to New York and wrote for such publications as Hit Parader (photo below) and Rock ’n’ Roll magazines and drew Homer the Happy Ghost for Charlton Comics in Connecticut. 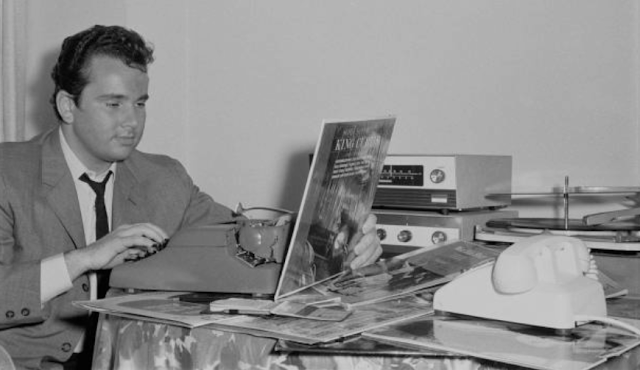 Having been drawn into the comic strip business through his father’s contacts, such as with Jay Irving and Ham Fisher, Kurzrok went to become a comic book artist with Harvey Comics on Casper the Friendly Ghost and Richie Rich. He is perhaps best known for his work with Marvel Comics, such as on Sgt Fury and his Howling Commandos, Strange Tales and The X-Men. Kurzrok died in Sarasota at the age of 64, on May 3, 2005, after suffering poisoning by freon gas, to which he had been exposed by a leak from an air conditioner in his bedroom. 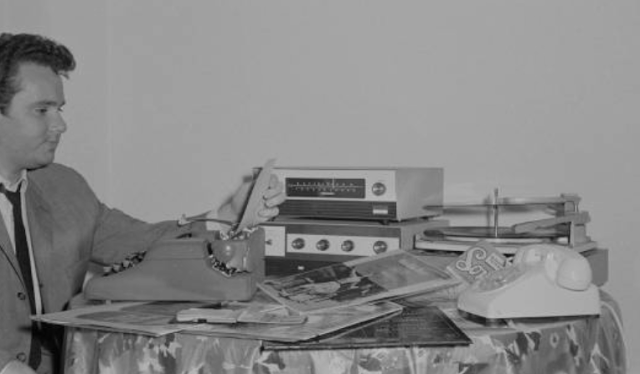 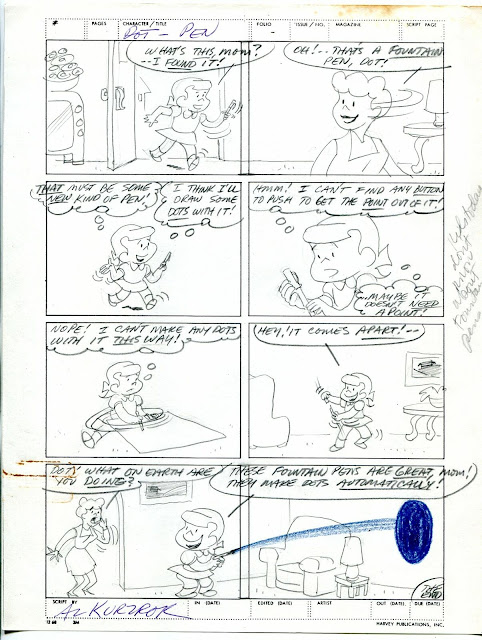 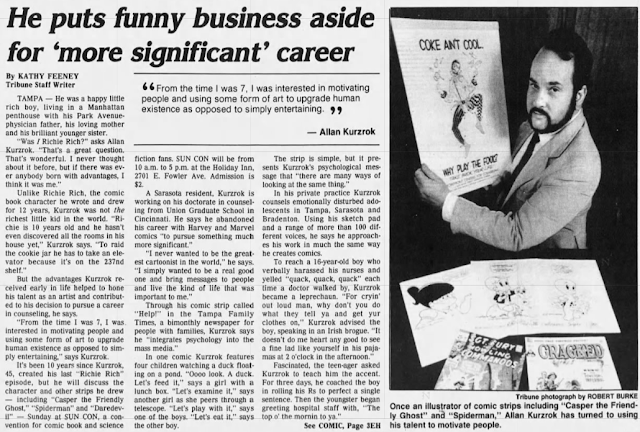 At Marvel Kurzrok worked under editor Stan Lee on a number of projects, including Howling Commandos and The X-Men. Here are some images of Lee and typewriters: 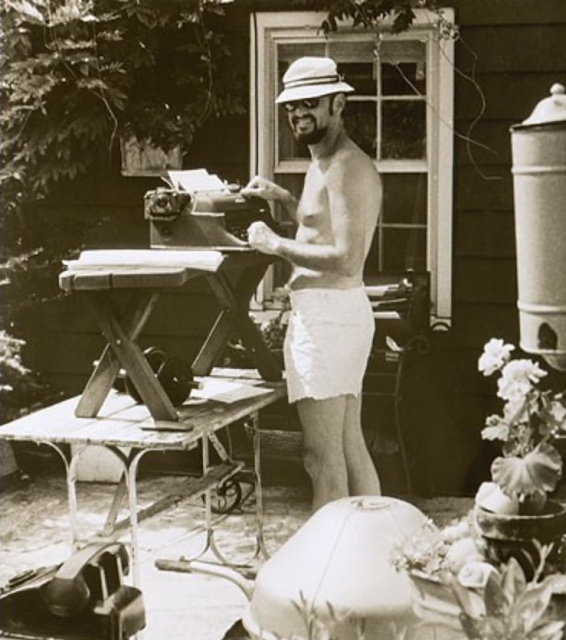 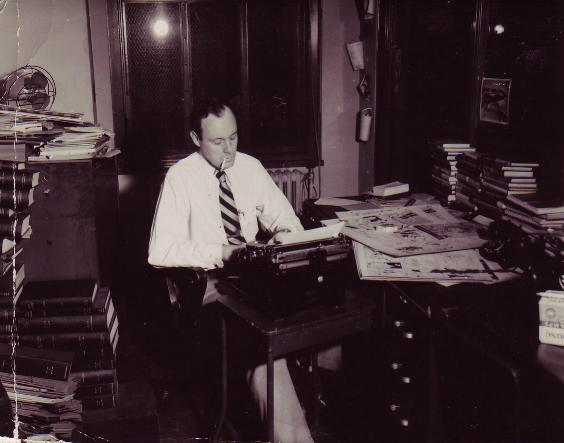 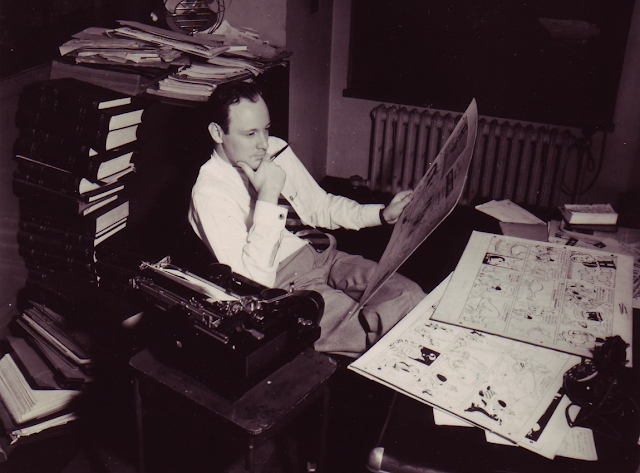 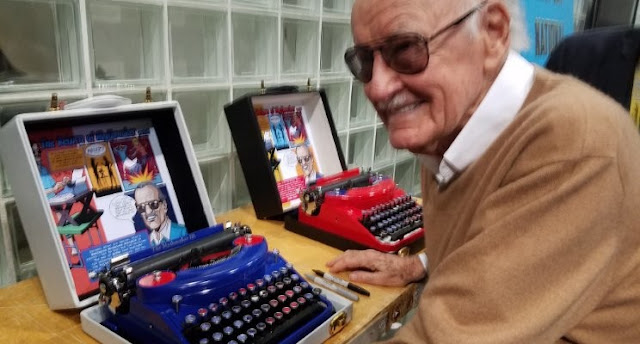 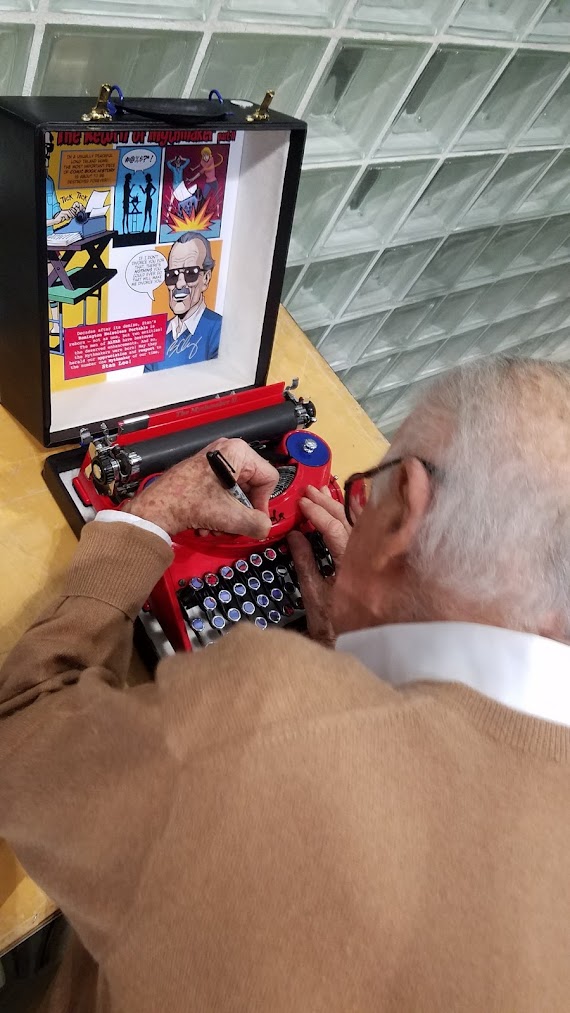 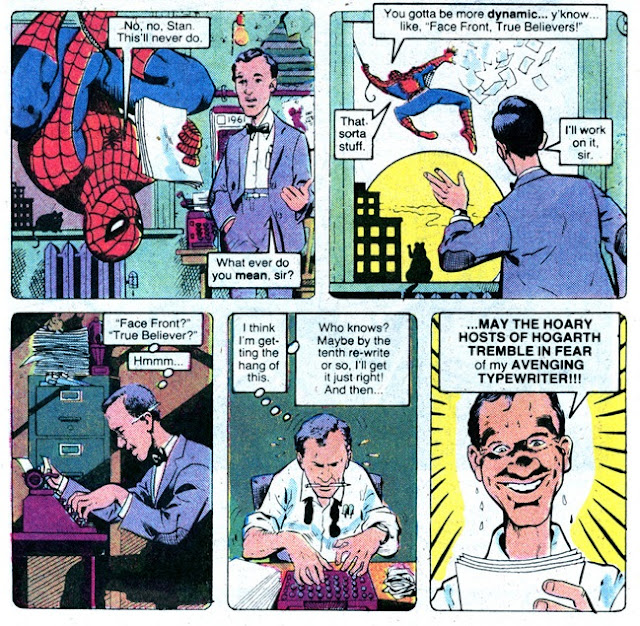