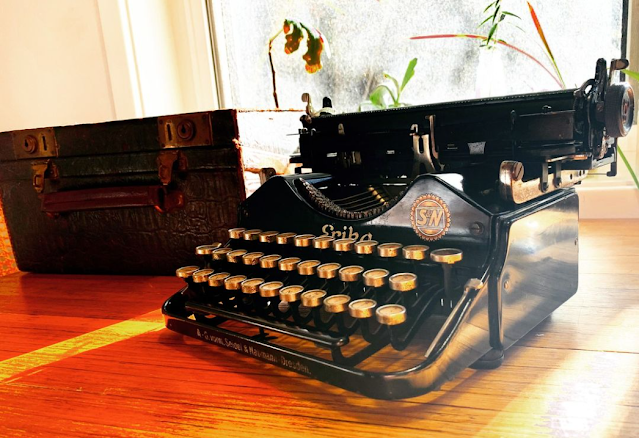 A young Canberra lady has entrusted me with the task of working on her great-grandfather's 1927 Erika model 4 folding portable typewriter (serial number 81633). The Model 4 was introudced in 1926, not 1923, as noted elsewhere (the Model 3 came out in 1923). 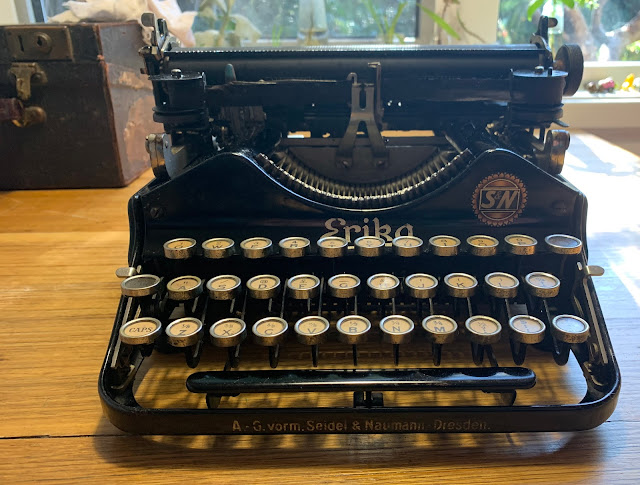 This is a real beauty. And I've got it typing beautifully, too. I did the scan above without putting in new ribbon, and one can imagine how brittle the ribbon has become after being in the machine for probably 70 years or more. From what I've been told about it, I doubt if this typewriter has been used in all that time. The capitals and figures shift keys were almost rigid from lack of use, and of course the feed rollers have flattened out. 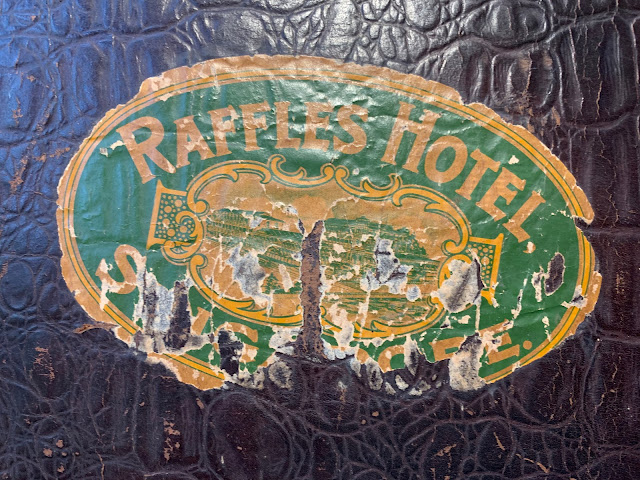 The case it comes in has a sort of mock crocodile skin covering. The case has stickers from the famous Raffles Hotel in Singapore (noted for the Gin Sling) and German shipping company Norddeutscher Lloyd of Breman. Inside the case are the typewriter's original brushes. The Japanned paintwork is so shiny who can see your reflection in it. 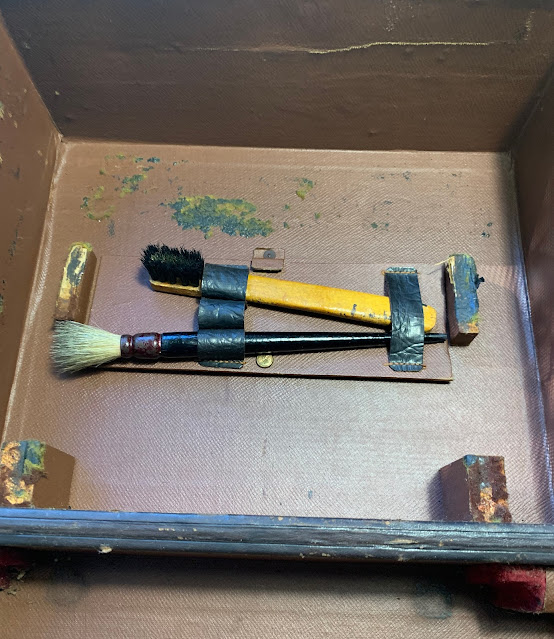 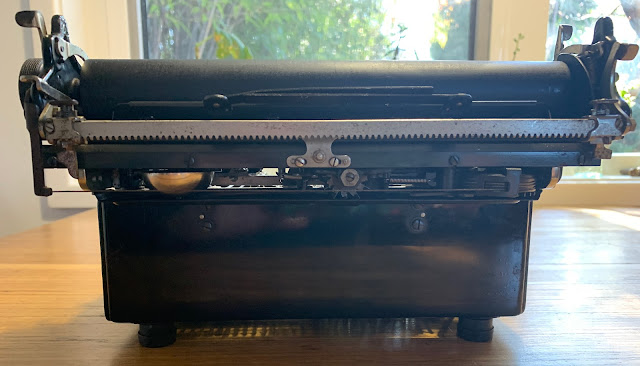 These Erika portables were made by Seidel & Naumann in Dresden and sold in Australia as the Bijou. Although Bijous were taken to Egypt in 1915 by Australian military units, Prime Minister Billy Hughes, who used a lookalike Corona 3, briefly outlawed the importing company, Chartres, as an "alien" organisation because of the German origin of the Bijou. The Chartres family mostly imported and distributed Remingtons from the US, while the Stott family imported Underwoods.
The young lady's grandfather was German but apparently was in business in Thailand for most of his life. The brand name Erika comes from the grand-daughter of company founder Bruno Naumann. 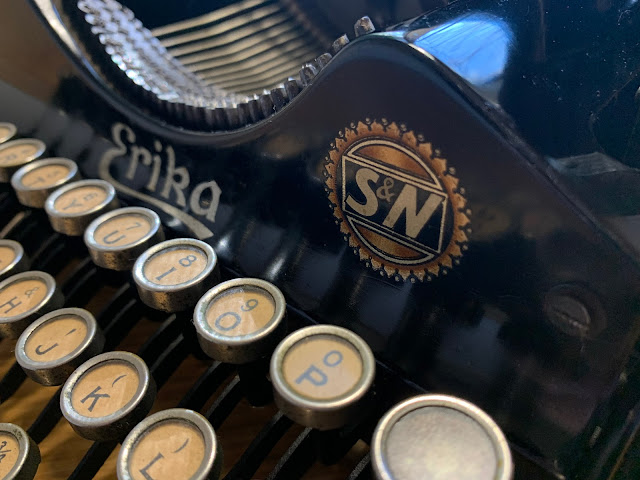 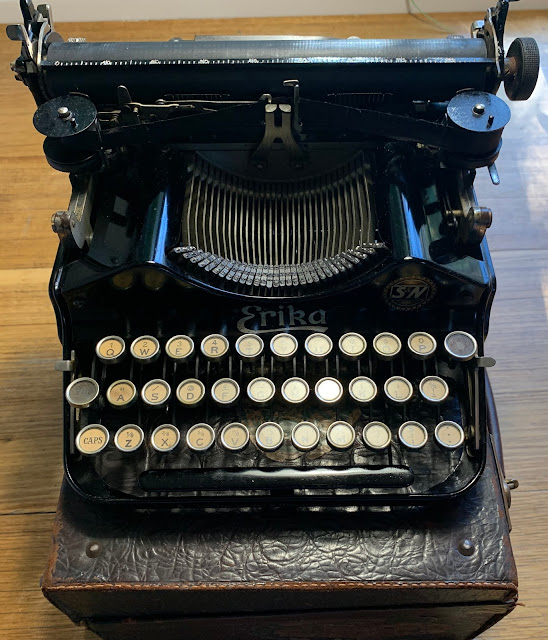 Posted by Robert Messenger at 14:31