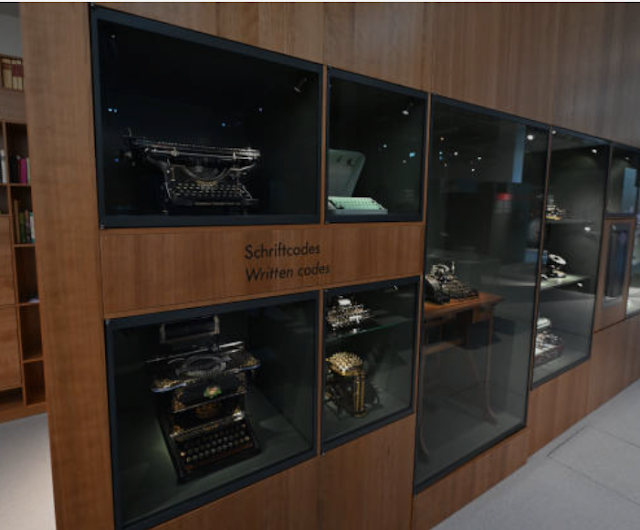 The Deutsches Museum in Munich will next month unveil a redesigned permanent exhibition called “Image Script Codes”, which includes such beautiful old typewriters as a Sholes and Glidden, a Hansen writing ball, a Lambert, a Blickernsderfer and, for good measure, a Hermes Baby.  This will be the first modernized section of the museum. It embraces everything from cave paintings to letterpress printing to the emoji. The exhibition explains fundamentals from traditional printing technology to writing in the digital era. The typeface, which plays the main role in printing technology, is examined. “To describe our exhibition, ‘The quick brown fox jumped over the lazy dog's back 1234567890’ would fit well,” says curator Carola Dahlke. 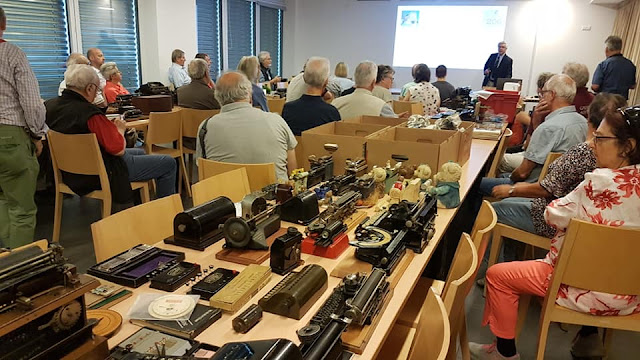 Meanwhile, the Schreibmaschinenmuseum Peter Mitterhofer in Parcines, in the province of South Tyrol in northern Italy, has played host to the 12th collectors meeting. The museum has almost 2000 typewriters, and shows the history of the development of the typewriter with special attention to the Parscines inventor Peter Mitterhofer and his typewriter prototypes constructed 150 years ago. 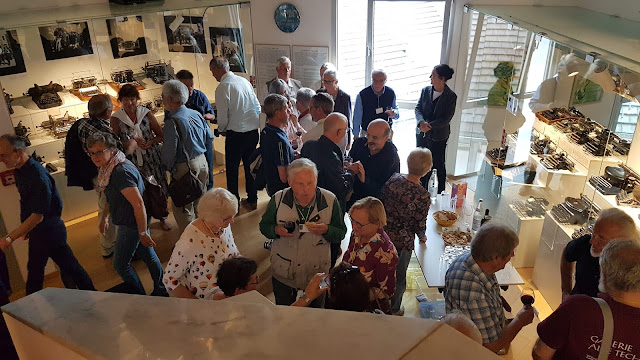 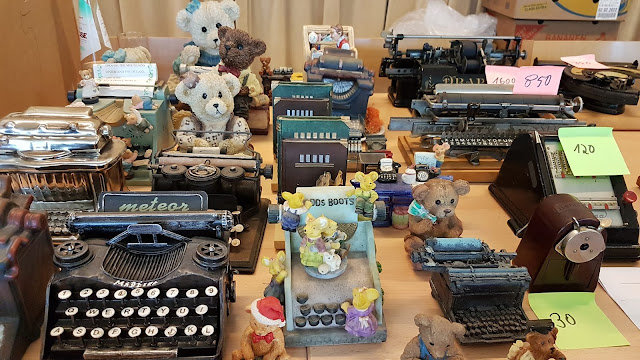 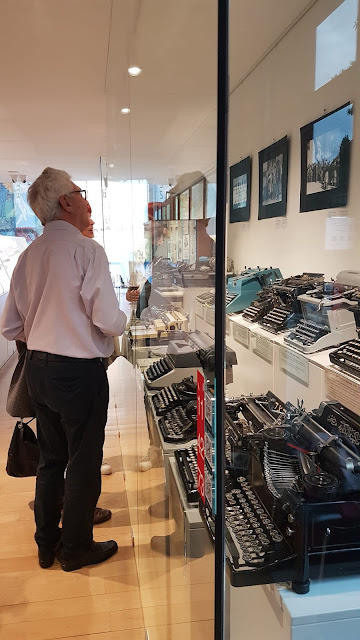 There is also a German Typewriter Museum in Bayreuth with a collection of historic typewriters going back to 1936 The collection includes more than 300 typewriters. 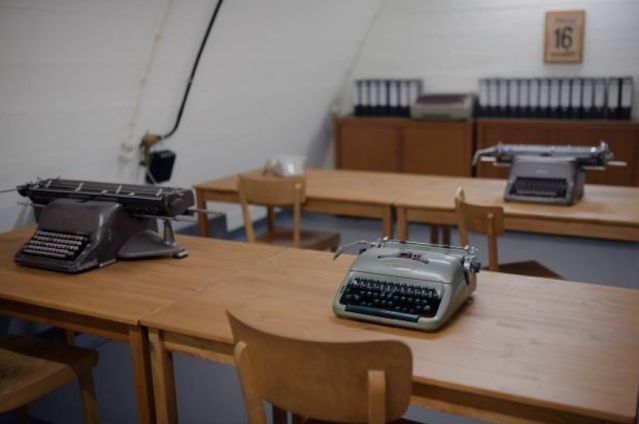 This photo was taken in February showing a working room with typewriters in the former vault of the Bundesbank Bunker Museum in Cochem, western Germany. The Bundesbank Bunker was a bunker of the German Federal Bank in Cochem for the storage of an emergency currency. From 1964 to 1988, up to 15 billion marks were stored in the top-secret facility to protect Germany from a national economic crisis in the event of hyperinflation caused by the Cold War.
Posted by Robert Messenger at 15:35