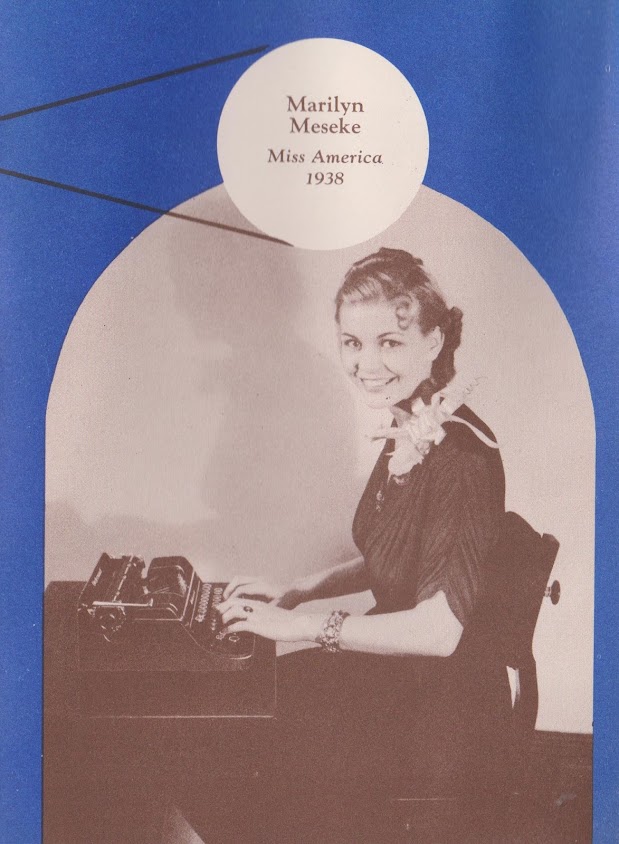 The sash. The tears. The glittering crown. And, best of all of course, the Underwood typewriter. In the eight years that the Miss America pageant was staged in Atlanta City between 1925 and 1938, the thing the winners took home with them that proved to be of the most lasting value was an Underwood portable. At that time, actuarial scientists had calculated that the odds against a Miss America making a successful marriage were 4-1 and that Miss America could expect “no more than 3.9456 years of bliss.” Notwithstanding their luck with marriages, the Underwood typewriters offered a lifetime of joy. Of those Miss Americas given Underwoods, we took a look, back in March 2016, at the life of Fay Lanphier, who won the 1925 crown, and today we go to the other end of the list of Miss Americas who were also Underwood typewriter recipients, to Marilyn Meseke. 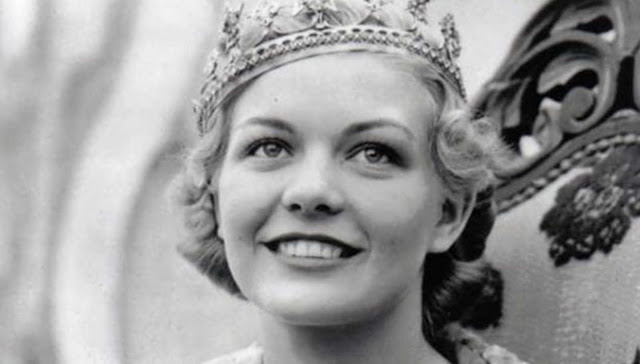 Miss Meseke was born Mary Ellen Spurrier in Lima, Ohio, on October 7, 1916, less than two months before her father, Virgil Hall Spurrier, died following a long illness from edema due to congestive heart failure. Virgil died a week before his 21st birthday, leaving a widow, Nellie Violet (nee Cook, 1894-1957) with two children under the age of two. Mary Ellen was raised in Marion, Ohio, by her maternal grandparents, Charlie and Clara Meseke, who changed her name to Marilyn Meseke. She attended Harding High School in Marion (photo left) and through her grandmother’s urging took up dance and piano lessons. 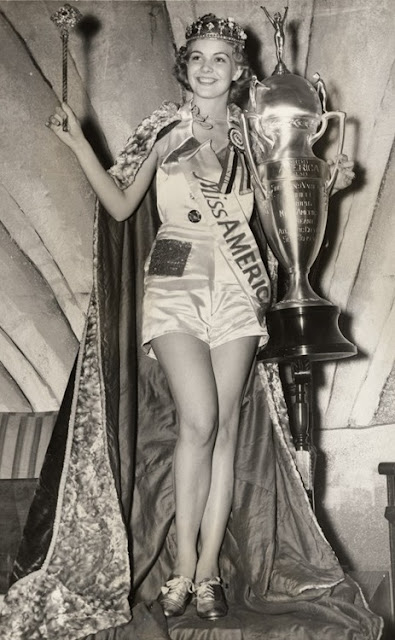 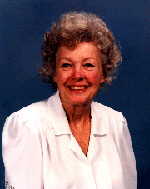 Meseke entered and won the Miss Ohio competition twice, first in 1931 when still 14 and ineligible for the national pageant, and again in 1938. That year’s Miss America was the first to score talent and Meseke’s tap dancing skills stood in her good stead. Marion, Ohio, had become the first and only town to boost of both a Miss America and a US president (Harding). Meseke, seen left in later life, moved to Florida in 1977 and died in Mount Dora on September 12, 2001, aged 84.

The first Miss America to be given an Underwood typewriter, along with all her other prizes, was Fay Elinora Lanphier, born at Greenwood, El Dorado, California, on December 12, 1905. Her father, Percivelle Casper Lanphier, died in Oakland in February 1920, four days before the birth of a fifth son and leaving Fay's mother Emily a widow with seven young mouths to feed. Aiming for a career as a secretary, Fay stayed on at Oakland High School and graduated in 1924. That same year, as an 18-year-old, Fay won the Miss Alameda title, was crowned Miss California and came third in the Miss America contest. In 1925 the strawberry blond, hazel-eyed Oakland typist became the first Californian to take out the Miss America title (she was also Rose Queen, and the only contestant in Atlantic City to represent an entire state). 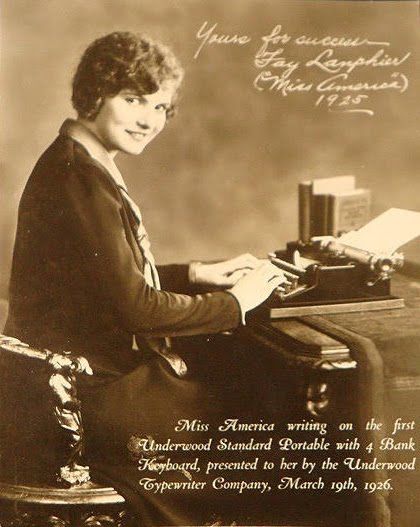 Lanphier became the first Miss America to star in a movie. She appeared as "Miss Alabama" opposite Louise Brooks and Douglas Fairbanks Jr in Paramount's The American Venus. The movie was released on January 31, 1926, almost exactly coinciding with the launch of the new Underwood four-bank portable typewriter, which Lanphier duly promoted on a  16-week personal appearance tour. Fay died from viral pneumonia at the East Bay Oakland suburb of Orinda on June 21, 1959, aged 53. 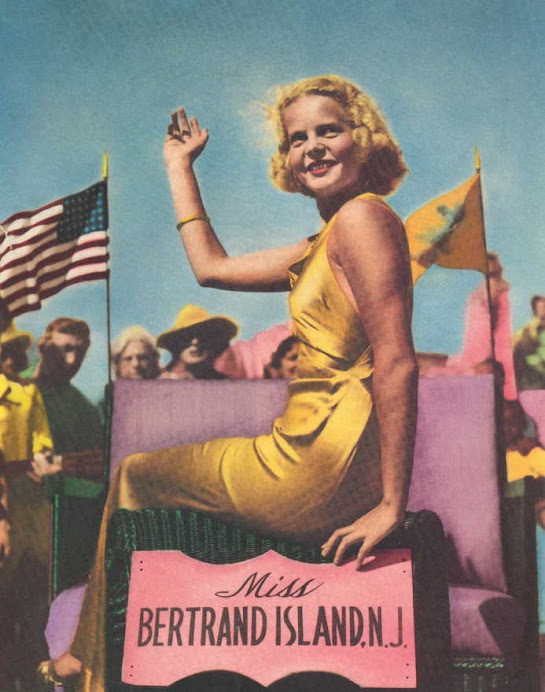 The second-to-last Miss America-Underwood typewriter winner, in 1937, was 17-year-old Miss Bertrand Island, Bette Cooper. Bette was born on August 11, 1920, to Mabel and Marin Le Brun Cooper in Hackettstown, New Jersey. At the time of being crowned Miss America, Bette had just begun her first year of junior college, after attending Hackettstown High School. In 1936 she had entered a beauty pageant at the Bertrand Island amusement park on Lake Hopatcong, New Jersey, and won the title the following year, adding to it Miss Lake Hopatcong 1937. The morning after being named Miss America, Bette, unable to stand being in the glare of the spotlight, had made off  with her chaperone Louis Off. Eventually it was agreed that in exchange for Bette retaining her Miss America title, she would take part in only a fraction of her expected duties. When Mrs Elizabeth Cooper Moore (in photo right in later life) died at The Mews in Greenwich, Connecticut, on December 10, 2017, at age 97, she was the oldest living Miss America at the time. Yet her obituary in the Oakland Tribune made no mention whatsoever of her beauty contest career. 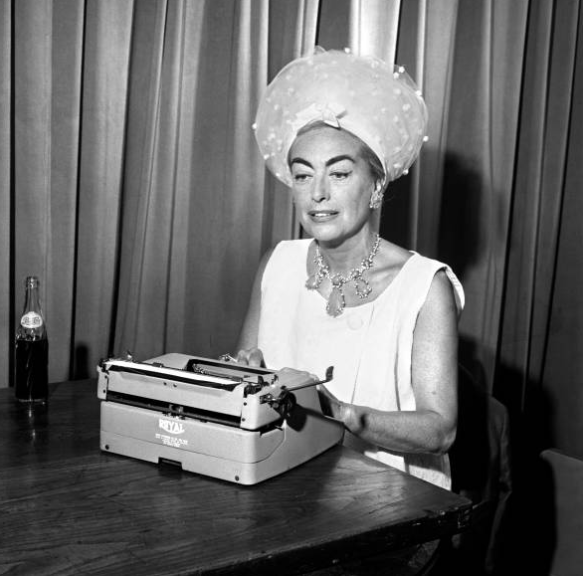 By 1961, Royal portables had become associated with Miss America pageants. Above, actress Joan Crawford prepares to be a judge for the pageant in Los Angeles.
Posted by Robert Messenger at 15:15

It is interesting how Underwood stayed relevant for decades by involving themselves in competitions and events that would guarantee a news write-up - smart marketing. It is also compelling Meseke died the day after 9-11, I wonder if the calamity played a part in her exit....