On This Day in Typewriter History (CII) 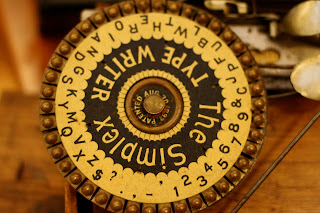 So little did early typewriter historians think of the Simplex index typewriter, they barely gave it a mention. Those that did dismissed it out of hand - though it is unlikely to have been the same little machine we have all come to love and admire that in 1909 George Carl Mares labelled "very paltry”. 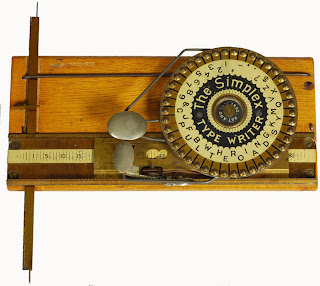 Speaking of which: Mr Mares’s book is not one of those timeless classics that come readily to hand in any given library. But walk into any supermarket today and one is more than likely to find a Simplex. Except it won’t be called a Simplex – these days they’re labelled label makers. 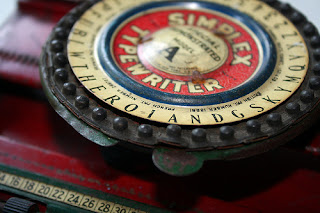 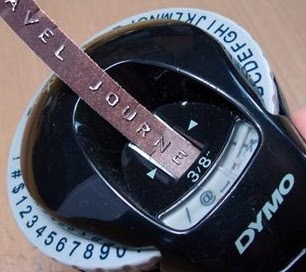 Same principle, about the same equivalent price. Yet it doesn’t do as much as the Simplex did – and still does, if one is fortunate enough to own a Simplex in good working order (or 27, as in my addicted case). 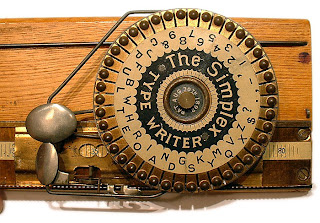 Far from fading away for the lack of typewriter writers’ attention, the Simplex set typewriter records for longevity – being manufactured for more than 60 years in a virtually unchanged  configuration. Not bad for a typewriter which took just six weeks to design! 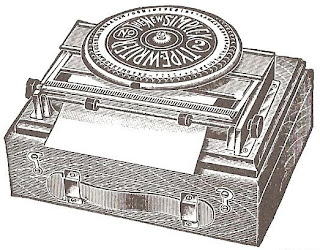 It has to be admitted that a first edition (that is, non-photocopied) copy of Darryl and Roxana Marie Matter’s 1983 booklet on the Simplex is about as difficult to come by these days as stylishly bound copies of the Mares book that the late Dan Post went to so much trouble to get republished in 1985. Still, both are essential inclusions in the complete typewriter library. What’s more, to the best of my knowledge the Simplex, the Corona (by Richard Milton) and the Blickensderfer (by Rob Blickensderfer and Paul Robert) are the only three typewriters to which books have been devoted.

I guess there are two distinct ends to the scale of typewriter collecting addiction. At one end there is the common remark that one cannot consider oneself a serious collector without a Blickensderfer, first produced in 1893. At the other end, the same might well be said about a Simplex, first produced about the same time. It sort of completes the set, in a sense. 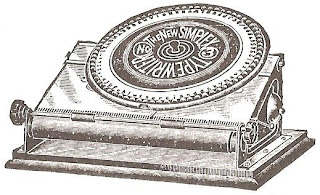 What makes no sense is that right now, as I write, there are three Simplexes for sale on eBay, one each in Britain, the US and Canada. And the one in the US, listed by a hugely optimistic seller in Belle Mead, New Jersey, has a $US149 “buy it now” price on it. That's about what you'd expect to pay for a copy of Mares's book. But Simplexes are simply much more plentiful. 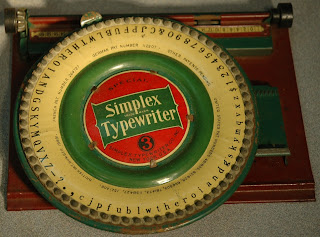 The eBay seller describes the item as an “Antique 1891-1924 Simplex Tin Toy No 3 Typewriter” – it’s in excellent condition and probably dates from the 1920s period, at best. The one in Canada, in poor condition, has $90 on it 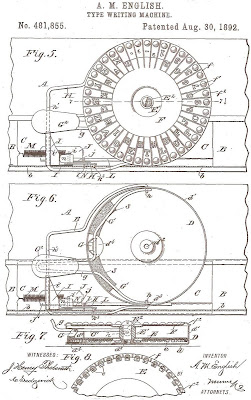 Simplexes are on my mind today because it was on this day in 1892 that Analdo Myrtle English assigned to Philip Becker his patent for the Simplex typewriter. 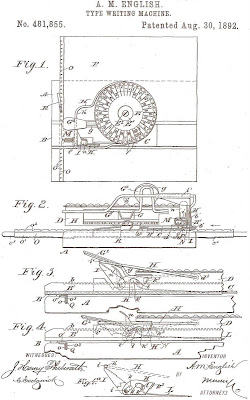 English had small typewriter inventing in his blood. He was born on March 2, 1849, in Hartland, Vermont, the first son and second child of Nathan Frederick English and Emily Livermore English. Analdo is seen here on the right, aged about six or seven, with his mother and siblings in a photograph taken by his father: 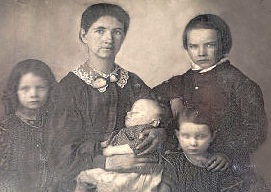 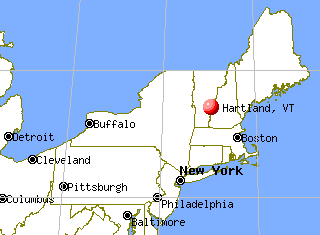 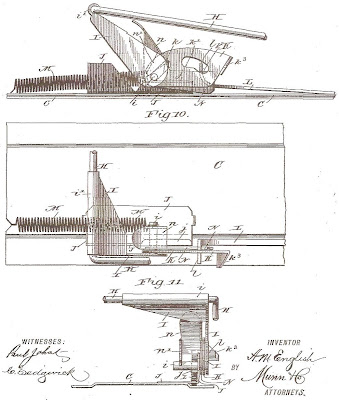 English’s uncle, Benjamin Livermore (August 6, 1818-1908) had invented the 1863 Permutation Typographer (pocket printing machine, or “Device for hand-printing”, as Livermore called it). Livermore is pictured here with his machine: 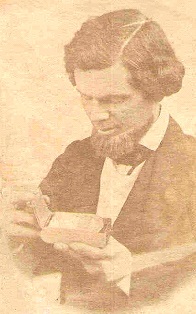 There was a booklet written about the Permutation Typographer, too, though it would be nigh-on impossible to find a copy today. It was a 16-page pamphlet Livermore had printed by the Vermont Chronicle in Windsor in 1857, containing testimonials. One, from the Spirit of the Age, Woodstock, said, “… certainly it is one of the new things under the sun that Solomon never dreamed of. It is a very ingenious article, and no doubt would under a thousand circumstances be useful as well as convenient … 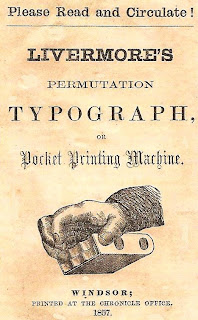 It’s not only the Simplex which lives on, at least in spirit in the label maker, but Livermore’s little machine as well. In a series of patents for an alphanumeric font for the blind and visually impaired, the last of which was issued just 16 months ago, Andrew J. Chepaitis, chief executive officer of ELIA Life Technology Inc in New York, has consistently referenced Livermore’s 1863 typewriter. 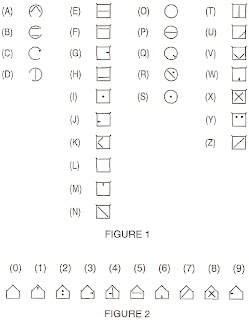 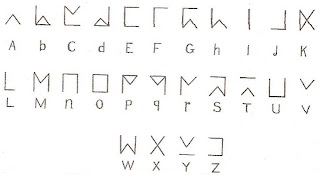 Livermore's original from the mid-19th century
Soon after the Livermore machine was invented, people began to recognise (as Livermore himself apparently had not) that its use of just six keys and “character signs” or “combination type” could confer “a great blessing on the blind”. Here is Livermore's patent: 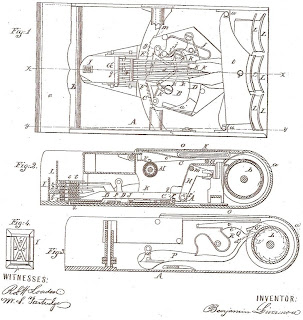 The Hartland Historical Society, which has a detailed entries on its website about Livermore and Analdo English’s father Nathan, points out that inventing was definitely in the family genes. Like the very young George Canfield Blickensderfer in Erie, Pennsylvania, Nathan English had tried to invent a flying machine in the middle of the 19th century. 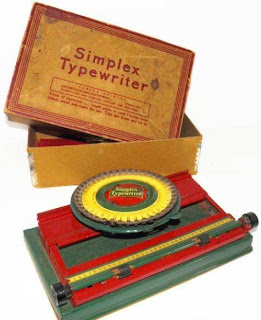 “Nathan English,” the society says, “was a remarkable man with a remarkable family. He was an inventor, as were his sons, Euler, Analdo and Ernest.”
“A kindly man who carried raisins in his pockets to give to the children, NF spent countless hours in his shop on Lull Brook inventing …” Analdo worked in the shop for about seven years before leaving Hartland in 1872. He spent much of his adult life in Boston, but later returned to live in Hartland in his old age. 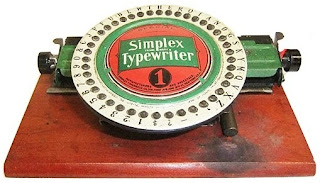 Analdo married Aurabelle Gibbs Gardiner in 1877. He became a jeweller and was a partner with William Wipple Covell in Providence, Rhode Island. Analdo’s first patent was issued jointly to Covell in 1877:

Analdo did not confine his inventions to relatively simple things, as this incredibly involved 1890 plaited braid machine patent, assigned to another member of the Becker family, George Becker, shows: 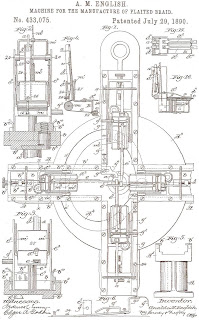 Among his many other inventions, some relating to the sewing machine, Analdo also patented this mathematical and drawing instrument in 1895: 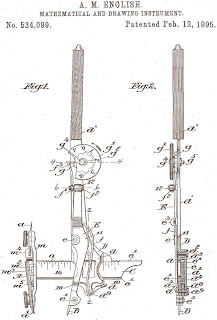 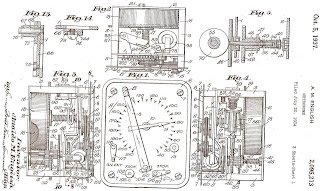 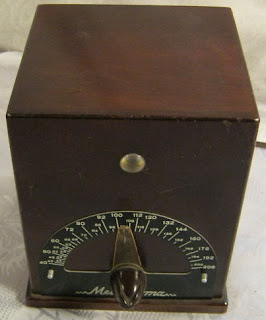 It is not known when Analdo died, but he was still alive in 1938, according to oral history held by the Hartland Historical Society.

Very interesting stuff. I will add only that Jos Legrand published articles on Livermore and on the Simplex in ETCetera issues 81 and 84.