On This Day in Typewriter History (LXXXIII)

AUGUST 11
Enid Blyton: a nod to ...
THE WOMAN WHO
LOVED TYPEWRITERS 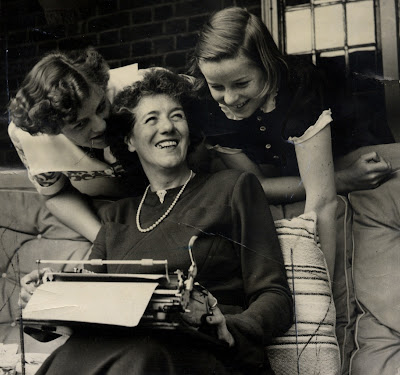 Popular British writer Enid Blyton never seemed to want to be photographed without a portable typewriter on her lap. 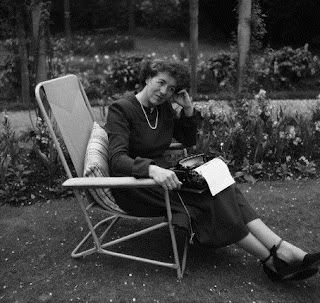 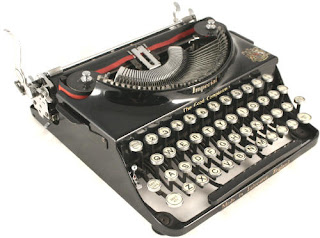 Usually it was an Imperial Good Companion, named in honour of another famous English writer, J.B.Priestley. 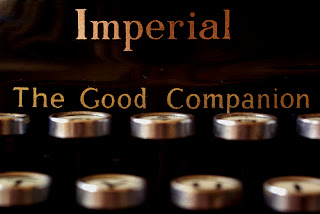 And if it wasn't on her lap, it was still fairly handy by the fireside: 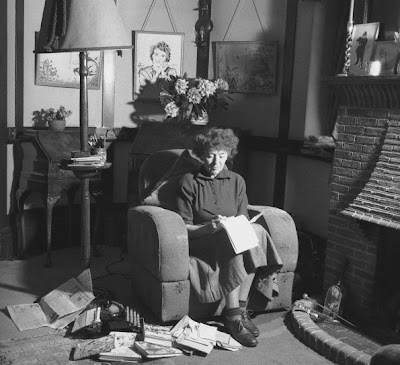 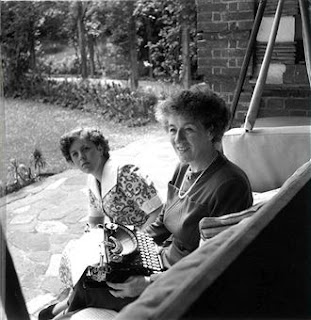 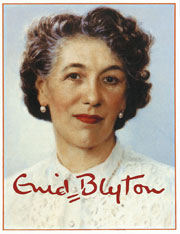 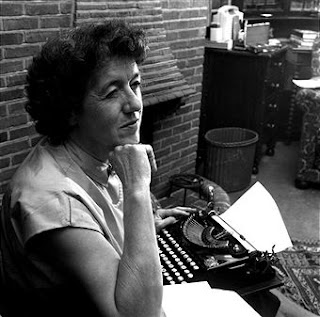 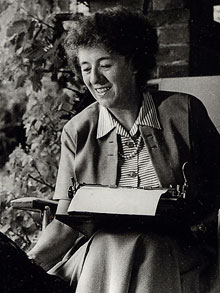 Blyton was noted for numerous series of books based on recurring characters and designed for different age groups. 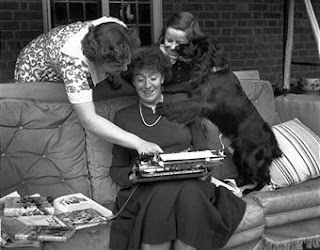 Blyton's literary output was an estimated 800 books written over about 40 years. 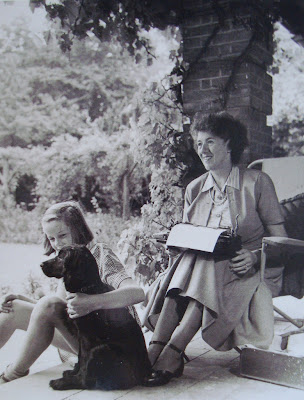 Her work continues to enjoy popular success in many parts of the world, with more than 600 million books sold. 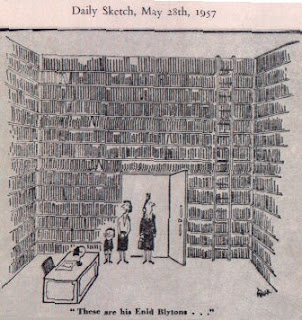 Some 3544 translations of her books were available in 2007, according to UNESCO's Index Translationum. 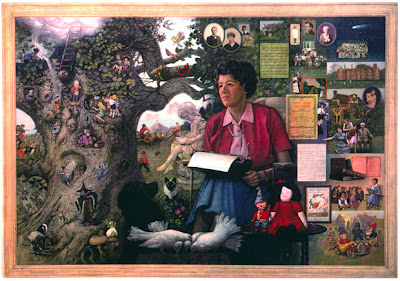 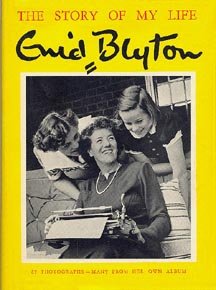 The story of Blyton's life was turned into a BBC film in 2009 with Helena Bonham Carter in the title role. 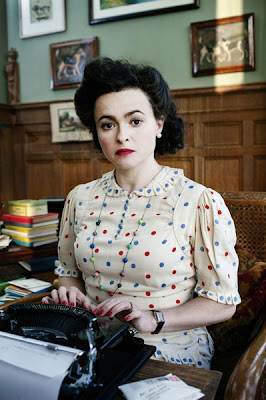 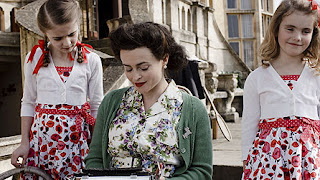 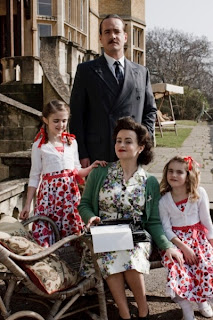 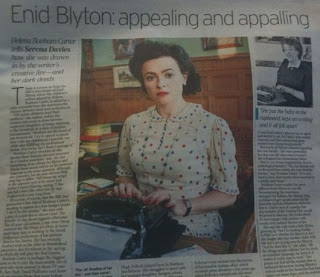 Posted by Robert Messenger at 09:08

That newspaper story refers to Blyton's "appalling," "dark deeds." What's this? Could the creator of Noddy traffic in evil?

I was intrigued by that, too. All I could discover is that she was very nasty to her first husband. He turned into a drunk and went bankrupt! But I haven't seen the film, so I must desist from this line: her Big Ears might be burning.