On This Day in Typewriter History (XCII) 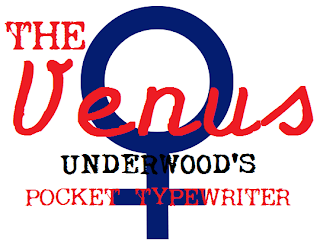 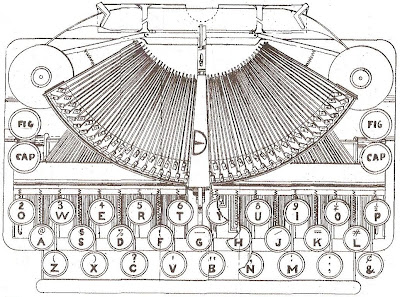 Pocket typewriters seem to have been an inventors’ dream almost from the time the typewriter first went into production. 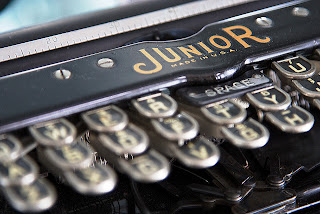 Perhaps the closest anyone got to it (small index machines such as the Simplex aside) would be Charles Almon Bennett with his 10-inch by 5-inch by 2-inch 1907 Junior (and the later Bennett), which had a full keyboard and typewheel. 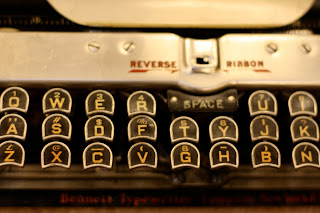 Almost 20 years after the Bennett, John Bennett Underwood – combining the names of both the most successful typewriter maker of the time and that of the earlier pocket typewriter designer – came up with his idea of what a pocket typewriter should be. 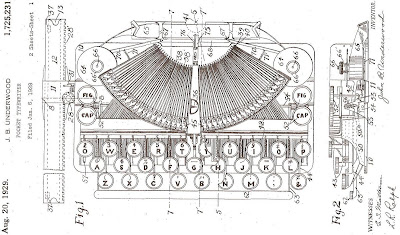 It was one with a full keyboard and ribbon that could be carried in a jacket pocket, taken out, a sheet of paper clipped to a sidebar, and used by running up and down the sheet. I have taken the extreme liberty of dubbing it "The Venus" (a name connected to John Bennett Underwood and this period in his life, which will be explained later).

There’s no way of knowing whether John Bennett Underwood, of Grass Valley, California, was trying to cash in on his surname when he was issued with a patent for his pocket typewriter on this day in 1929. He was no relation, at least not a close one, of the famous typewriter-making John Thomas Underwood of New York. Nor was he of Charles Almon Bennett, of New Jersey. 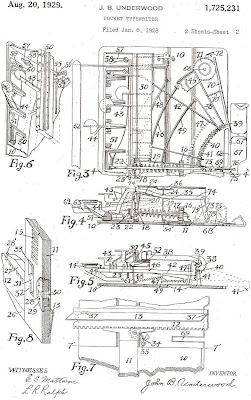 John Bennett Underwood spelled out his objectives for what would have been a rather revolutionary and truly remarkable little typewriter:
“My invention relates to improvements in typewriters with folding parts; and the objects of the invention are, first, to provide a typewriter of such convenient size, that it may be placed in a small case and carried in a pocket of a person's clothing; second, to afford facilities for its ready adjustment for writing; and third, to provide that it may be made to write on any suitable flat surface, such as the page of a book or surface of a package.

“In its operation, my machine differs from that of the typewriter which has a movable carriage on which the sheet of paper, held in place against a roller, is carried along as the writing proceeds, in that the body portion of my machine travels across the paper, or other writing surface, when the machine is being operated. Said body portion, which includes the keyboard, typebars, ribbon mechanism, and other parts attached to the frame … is caused to move across the writing surface over a guide rule, which is held in alignment by a margin rule. The margin rule grips the edge of the paper by means of a strip, hinged and kept in contact by the weight of the machine resting upon the paper.” 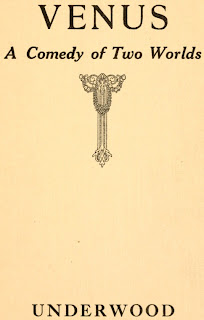 John Bennett Underwood was born in LaMoure, North Dakota, on September 22, 1884, the son of John Kinney Underwood and Ellen Stiles Underwood. He died in Newark, California, on August 18, 1980, aged 95.
Underwood also invented an atomic model machine in 1952, wrote a book called Behind the Scenes of Human Progress and, at a much earlier age, around the time he designed his pocket typewriter, a play called Venus: A Comedy of Two Worlds. 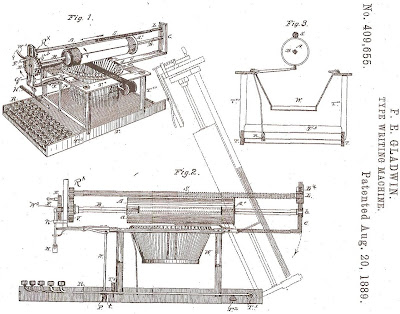 On this day in 1889, Frederic Erasmus Gladwin (born Connecticut, 1859; died 1940), who ran a typewriter supplies company in San Francisco, was granted a patent (above) for a typewriter on which “a sheet of paper is wrapped around the roller and the line of writing is carried circumferentially, the spacings between letters and words being produced by limited rotative movement of the roller on its axis. After one line is written the next line is spaced by a longitudinal movement of the roller in the direction of its axis.”
Get it? Not sure I do. I think the idea might to pivot the carriage so as to see what is being written. 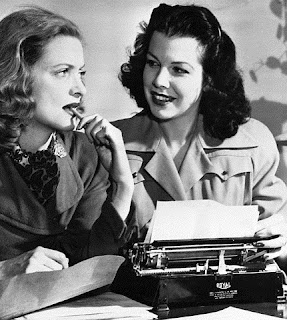 American author Jacqueline Susann was born in Philadelphia on this in 1918. 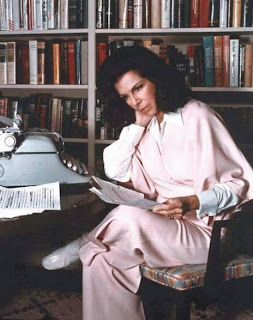 She died in New York City in September 21, 1974, aged 56. Susann wrote the best-selling novel Valley of the Dolls, a book that spawned an Oscar-nominated 1967 film and a short-lived TV series. 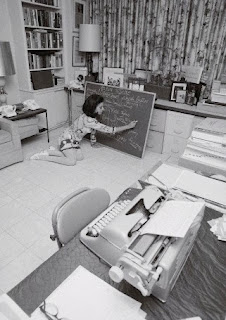 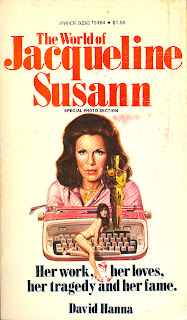 Posted by Robert Messenger at 21:45

Mr. Underwood's pocket invention looks delightful. I wonder how he ended up in Grass Valley, California -- a Gold Rush town that was also the hometown of American philosopher Josiah Royce.

The Gladwin machine, it seems, would type around the circumference of the platen and then move the carriage forward for each new line -- instead of the usual arrangement, where the carriage moves forward during typing and then we turn the platen for each new line. In Gladwin's arrangement, you would have to cock your head sideways to read your typing; it would make more sense to arrange the axis of the platen vertically. This is just what the Nickerson Automatic did! I'm going to email you some images of it.

I saw one of those Bennett pocket machines on one of the high-priced wwebsites (vintage typewriters I think) and loved the look of it.

My goodness, how delightful to come across this blog. John Underwood is my grandfather. He was an extremely remarkable, kind and intelligent man. He started as a school teacher in the Kansas Territory, ending his career as the Principal and Science Teacher of Grass Valley High School, Grass Valley, CA (which should answer the question by Richard P on how he ended up in that little town in Northern California.)

Grandpa loved teaching, but his first love was inventing. He and his brothers invented a disk plow back before he finished school. They are also well known in Canada for inventing and building the 'Gull Wing' flying machine right around the time of the Wright Brothers. They could have been 'first', but the brothers worked faster.

Grandpa also built his own observatory and celestial telescope in his own backyard - no small feat nor small structure - going as far as to grind the magnifying glass used inside the telescope. The observatory burnt to the ground back around 1940.

My mother, who was the youngest of 5, graduated from Grass Valley in 1949. At that point Grandpa moved with his third wife (outliving both my grandmother and a lovely 2nd wife) to Berkeley, California.

My brothers, sister and I well remember seeing the pocket typewriter in action. It really was a marvelous invention, but it was the intricate Model Atom that gave Grandpa his most notoriety....which was only local, but all the same, schools around the country utilized it.

Grandpa was still conducting experiments at the age of 94. He was trying to discover whether plants really do react positively and negatively to vocal comments. It tickled us all pink to see this very gentle man trying to speak sternly to his plants lined up along the windowsill.

He passed away quickly after crashing on his 3-wheeled adult tricycle and breaking his hip. He said to my aunt "well, this is the end then as I do not want to be burdened with an injury". Four days later, he was gone, and made it clear that he was happy to join family in heaven.

It is remarkable to find your post, and we are all just thrilled to read it. We have kept all of his many patents and love to share stories about this brilliant, shy man who graced our lives.

Thank you for taking the time to share his story.

Wow! Thank you for this detailed information about Mr Underwood. I have let Richard Polt know about it. Wouldn't it be marvellous to find that pocket typewriter?

Hello I am David Underwood and John Bennett Underwood was my great grandfather. I heard of these of his accomplishments many times but it was a very nice read in detail. I do have some old family photos with him and other relatives. It would be really nice to hear more. Feel free to reach out via email!