The $19.75 Depression Era Portable
which inspired the Sottsass Concept
of a 'People's Typewriter' 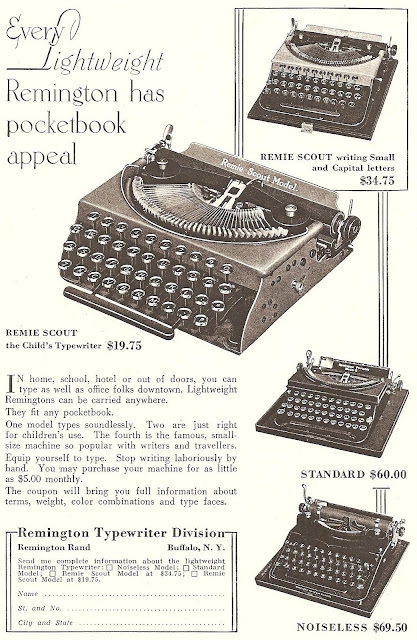 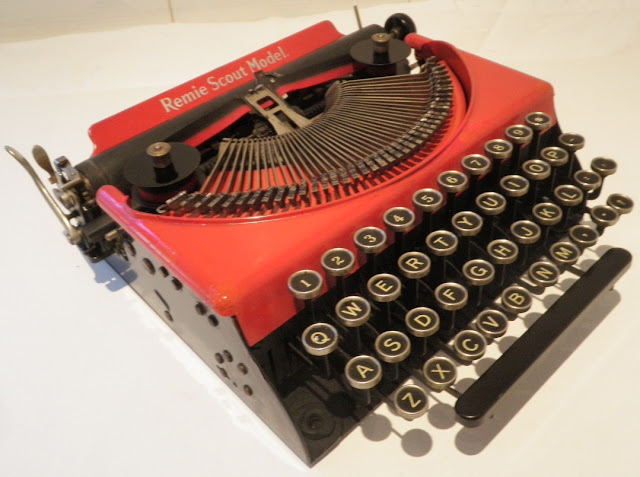 The Royal Signet aside, no typewriter better represents what has been referred to as "Depression Era Typewriters" than the Remie Scout.
Naturally, however, Remington didn't mention the word "Depression" in its advertisement. It called the Remie Scout "the Child's Typewriter". Two of the advertised models (the highlighted frontless Remie Scout and the Remie Scout with an enclosed keyboard and upper and lower case letters) were described as "just right for children's use". 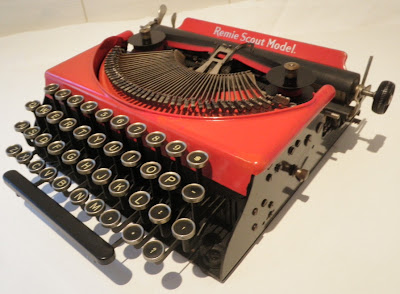 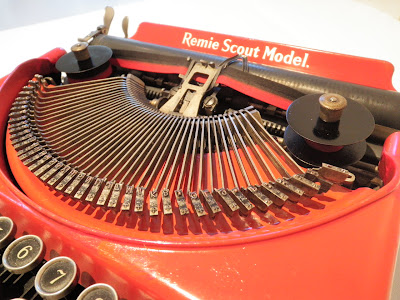 Talk about the Blick 5 being stripped back to the bare basics: the Remie Scout was literally pared to the bone!
All caps and, as Alan Seaver tells us at Machines of Loving Grace, "They were based on Remington's Portable No 2, but with some of the unnecessary features stripped off, such as ribbon colour selector, right margin set, right-hand carriage release and backspace." Plus a few other things, like brackets keys ... 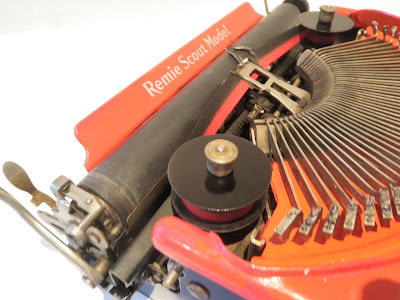 Richard Polt covers the Remie Scout on his Remington portables page at his The Classic Typewriter Page site, at http://site.xavier.edu/polt/typewriters/rem-portables.htm#remie-scout
Alan Seaver looks even more closely at the Remie Scout at
http://machinesoflovinggrace.com/remies.htm
It is certainly a fascinating machine.
And there can be no question it was still fascinating Ettore Sottsass when, in the mid to late 1960s, Sottsass dreamed a dream of a "People's Typewriter". This is precisely what he had in mind - the typewrite equivalent of a  Bic biro. But Olivetti didn't share his vision, and turned his concept into the Valentine. 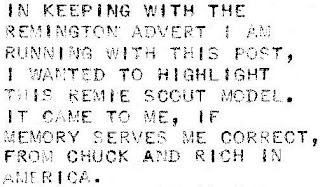 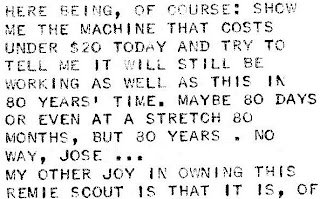 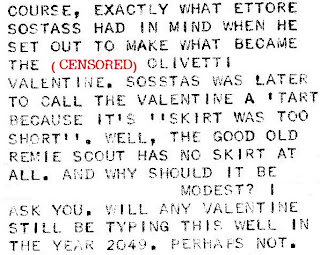 I will look at the Remington Portable Model 5 and the Noiseless mentioned in this ad in later posts. In the meantime, let's look at an earlier model, the Remington No 4, which came to me in a rather unexpected manner. Richard Polt says only 2882 of these were ever made, almost all in a two-month period between November 1931 and January 1932. Richard adds, "This is like the  No 3, but has a true tabulator instead of a paragraph (five-space) key. It cost $65, $5 more than the  No 3." 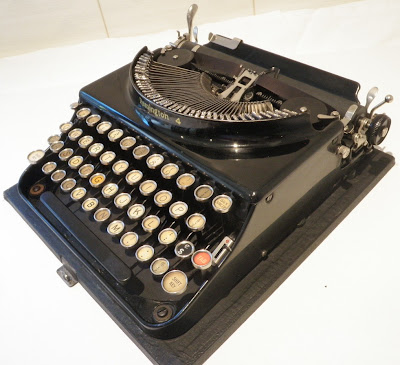 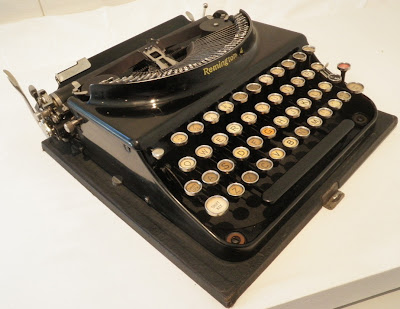 You will note a black $ and cents keytop, which appears to be glued on top of the original. Although I cannot see any sign that the typeslug has been welded on later, that may well have been the case. On other models, this key has the @ and cents symbols. But what makes me curious is that Australia did not change over to the decimal currency system, adopting dollars and cents, until February 1966. Is it possible the owner was still using this typewriter in 1966, and instead of buying a new one, went to the trouble and expense of having the typeslug changed? Maybe it was something the Australian Government encouraged, even subsidised, at that time. I must say, if it was still being used in 1966, it's still in remarkably good condition. And types beautifully ... 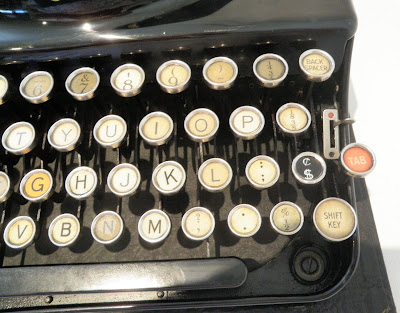 Posted by Robert Messenger at 19:24

Some of the worst typewriters I have ever used have been bad because of disuse--I had to change all of the rubber in a beautiful 1927 Royal, because it had flattened. It probably works better since it was used so late.