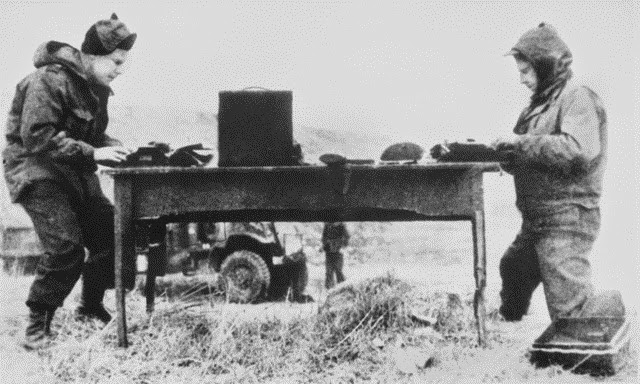 Australian war correspondents Harry Gordon (left), of the Melbourne Sun News-Pictorial newspaper, and Ronald Monson, of the Sydney Daily Telegraph, type their copy on portable typewriters in North Korea in 1950.
Harry Gordon, one of the last surviving journalists to have covered the 1950-53 Korean War, died late on Wednesday, aged 89, at his home on the Gold Coast in Queensland, Australia. Harry was just 24 when he was sent from Melbourne to Korea, and was one of the youngest war correspondents to cover that conflict. Harry also covered the Algerian War in 1960. In Korea, he worked alongside such legendary war correspondents as Marguerite Higgins and Richard Tregaskis. 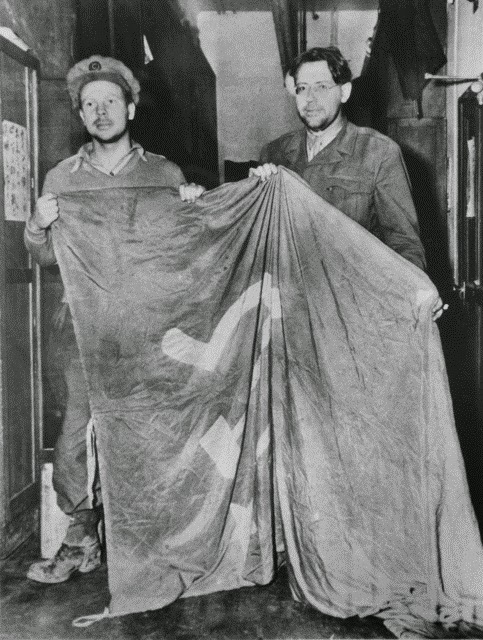 Harry Gordon (left) and Roy Macartney, chief correspondent for the Australian Associated Press-Reuters, hauled down this Soviet Union flag from the city hall of the North Korean capital, Pyongyang. The Eighth US Army and the South Korean Army captured Pyongyang on October 19, 1950. 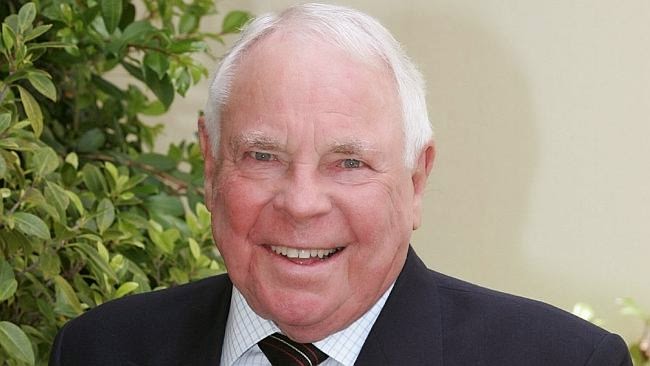 Henry Alfred Gordon was born in Melbourne on November 9, 1925, and educated at Melbourne High School, where he was the school’s middleweight boxing champion. In 1941 his family moved from Melbourne to Sydney, and Harry got a job as a copyboy with the Sydney Daily Telegraph at 25 shillings a week.
Harry joined the Royal Australian Air Force as an aircrew trainee when he turned 18 in November 1943. Toward the end of World War II, in 1945, he returned to the Daily Telegraph and spent the next four years honing his journalistic skills, moving on to the Brisbane Courier-Mail and then becoming sports editor of the Singapore Straits Times. He joined The Sun in Melbourne in 1949. 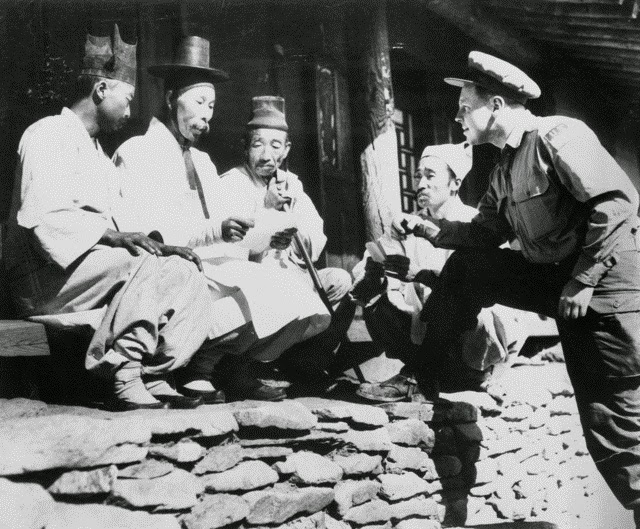 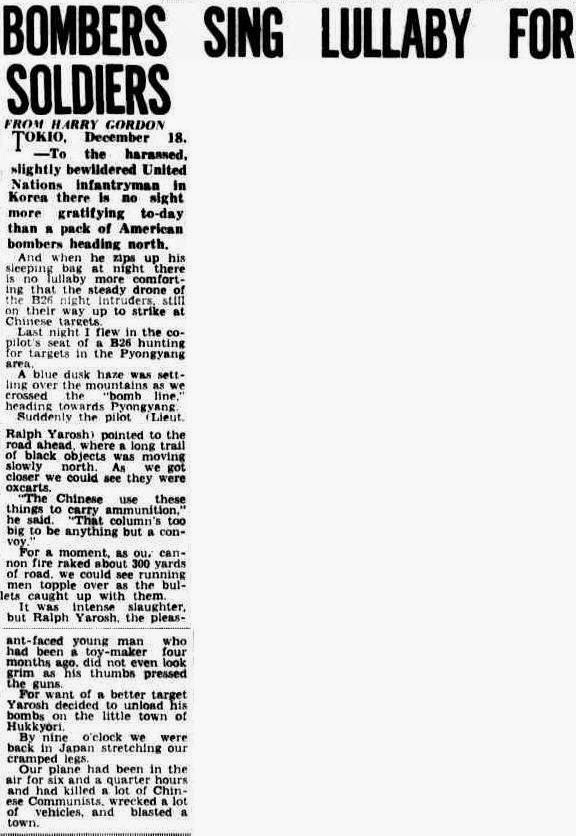 The Sun sent Harry to Korea in 1950 and he was embedded with the Third Australian Infantry Battalion (3 RAR). 3 RAR was committed as Australia's main land force contribution to the joint United Nations forces in the War, arriving in Korea in late September 1950. The battalion formed part of the 27th Commonwealth Brigade and took part in the UN offensive into North Korea and the subsequent retreat into South Korea following the Chinese offensive in the winter of 1950–51. In October 1950, the battalion distinguished itself at Chongju during the UN northward advance to the Yalu River, where it attacked and captured a large North Korean defensive line in a combined arms operation with tanks and artillery. It was one of three units to receive the US Presidential Unit Citation after the Battle of Kapyong, fought between April 22-25, 1951. From October 3-8, 1951, 3 RAR fought the Battle of Maryang San, which is widely regarded as one of the Australian Army's greatest accomplishments of the Korean War. 3 RAR remained in Korea until the war ended in 1953, but by 1952 Harry was in London. 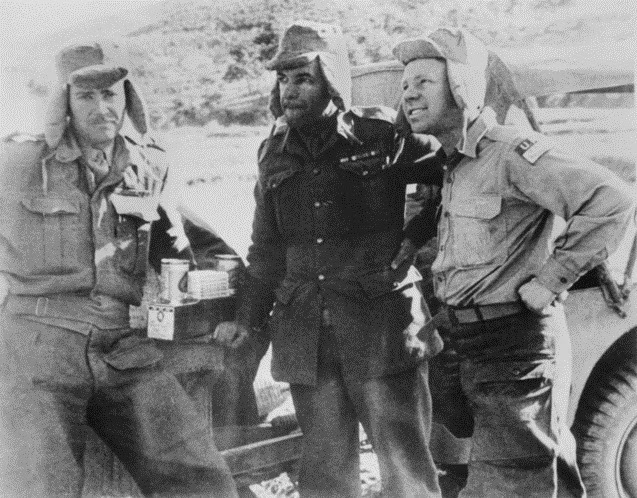 Harry Gordon, right, with fellow Australian war correspondents Lawson Glossop (Sydney Morning Herald) and Ron Monson on the Chongchon River bridge at Sinanju during the UN forces' advance through North Korea toward the Yalu River in late 1950.
Harry covered the 1952 Helsinki Olympic Games for Australian Associated Press, then returned to Australia to become this country's outstanding sports writer of the second half of the 20th century, travelling widely to cover Australia's Golden Era of Sport (1954-64). During this time he also started writing regularly for The New York Times magazine. But, back in London in 1960, his experience as a war correspondent was put to further use, as he covered the Algerian War before going on to the Rome Olympic Games. He was to cover the next 14 summer Olympic Games, up to London 2012.
Harry was appointed editor of the Melbourne Sun on New Year's Day 1968. Under his watch the Sun became the largest selling newspaper in the Southern Hemisphere. In 1973 Harry rose to the position of executive editor of the Herald and Weekly Times Group and in 1978 he was appointed editor-in-chief of Queensland Newspapers, where he transformed the Courier-Mail. He returned to Melbourne as editor-in-chief of the Herald and Weekly Times in 1984. He was also a director and then chairman of Australian Associated Press and in 1987 became contributing editor to Time Australia. 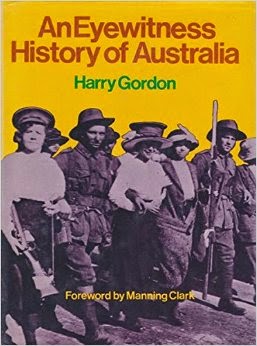 In 1980, Harry was made a Companion of the Order of St Michael and St George for his service to journalism in Queensland, and in 1993 he was made a Member of the Order of Australia for his service to the community and to the promotion of Australian sport. Harry wrote 15 books - one of which, An Eyewitness History of Australia (1976), won the National Book Council's First Prize for Australian Literature. In 1999 he was awarded the Australian Olympic Committee's Order of Merit. In 2001 the International Olympic Committee awarded him its highest honour, the Olympic Order. In 2002 he received Australia's inaugural award for Lifetime Achievement in Sports Journalism. In 2003 the Melbourne Press Club presented him with its Lifetime Achievement in Journalism Award.
One of Harry's greatest achievements was launching a 1970 newspaper campaign to combat Victoria's 1000-plus annual road toll, which led directly to the state imposing a world first: mandatory seatbelts in cars. The law is now rigorously applied nationwide.
Posted by Robert Messenger at 17:06

Great post, really enjoyed reading the newspaper piece. Thanks for the in depth look at this important man. ~TH~