... when the warm weather brings into the house all sorts of bugs and creepy crawly things, some of which seem to find typewriters as nice places to hide or hibernate. And not just in Borneo, but in climes further south, too. I once found a redback spider living happily in an Olympia SM9 case. Scary! 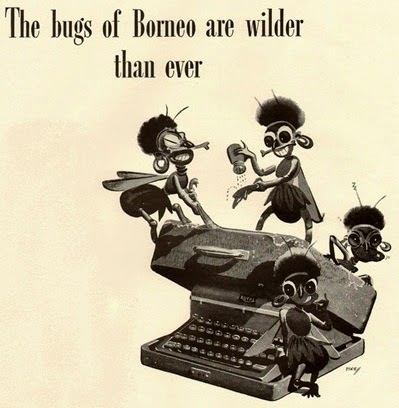 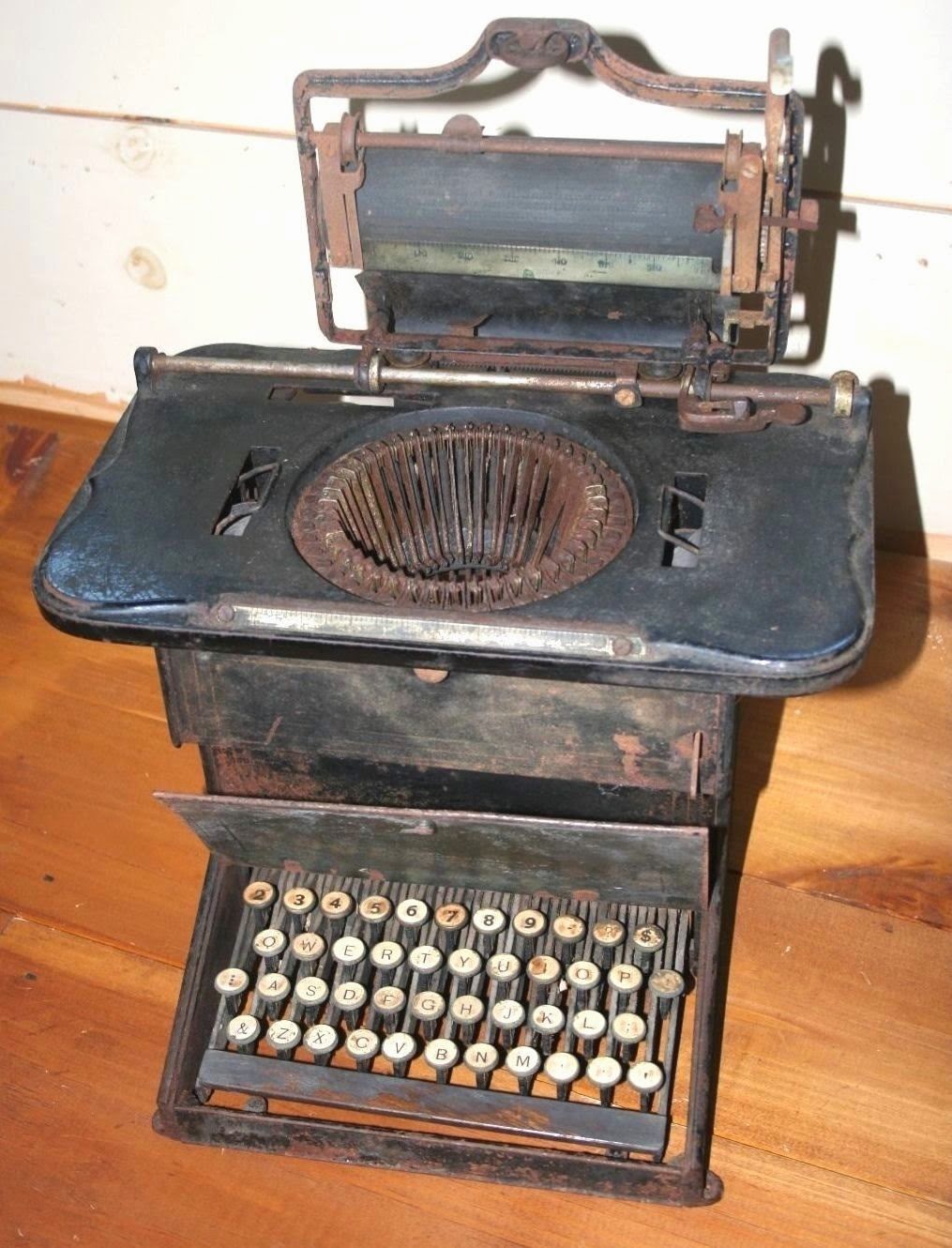 This Sholes & Glidden, serial number A1665 (presumably dating it to 1875?), has been listed for sale by First Dibs Second Chances in Newtown, Connecticut. It is listed on US eBay at a Buy it Now price of $US21,900 (which, with the Australian dollar fading away the way it is, is more than $A26,600). One offer has been declined but there are still plenty of watchers (including me). 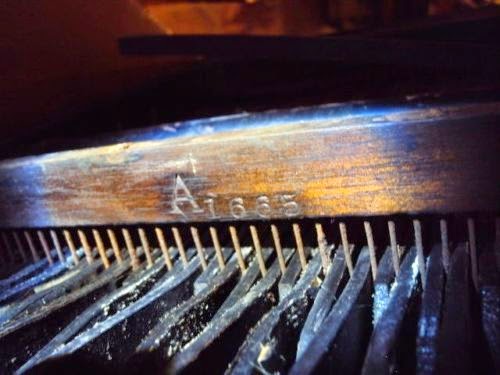 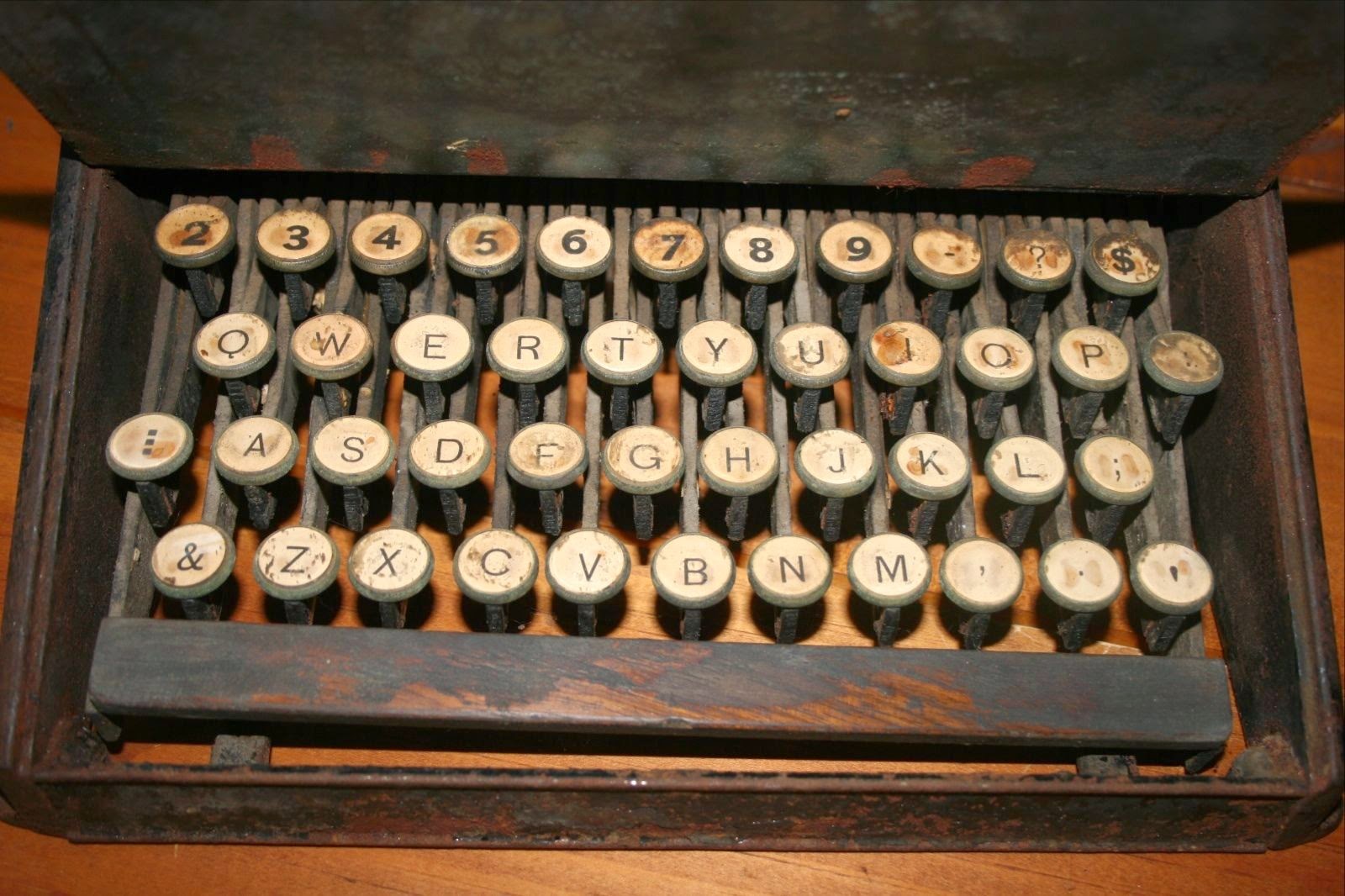 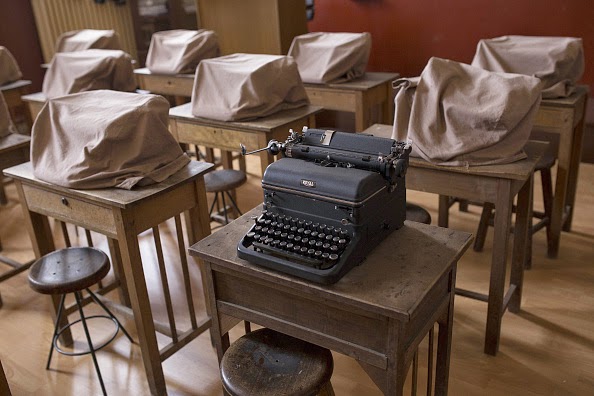 The Zografeion Lyceum in Istanbul celebrated its 121st anniversary last month and still appears to be using manual typewriters to teach its students typing. Or maybe this is an overseas branch of Ryan Adney's classes?
The Zografeion is one of the few remaining Greek schools still open in Istanbul. The school is in the Beyoğlu district, close to Taksim Square, considered the heart of the city. It is named after Paris-based Greek banker Christakis Zografos, its principal backer. Many famous artists, architects, politicians and theologians of the Greek diaspora have studied there, including Patriarch Bartholomew I of Constantinople. Today the school has 45 pupils and 20 teachers. It  applies the full Turkish curriculum in addition to Greek subjects such as Greek language, literature and religion.
Umm, I don't think so ... 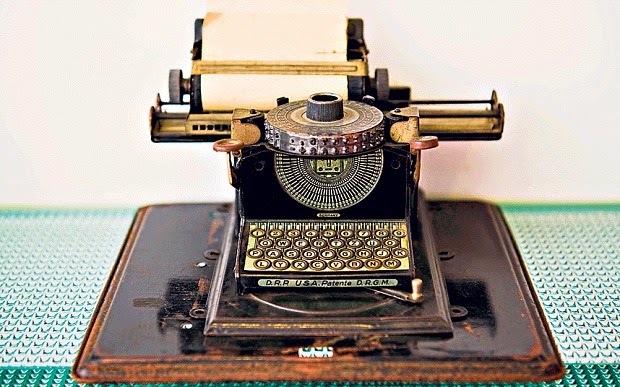 That newspapers today know very little about typewriters was illustrated by the Telegraph in England last week when it used an image of this "machine" on top of Alan Titchmarsh's column "My friendly old typewriter has had its day".
This is a GSN Junior index toy typewriter, first produced in 1929 by Schmid Brothers, Stein-Nuremberg, Germany, and "invented" by Max Schmid. Titchmarsh was actually referring to "a small black case with a sloping lid and a handle. The box (for it is made of wood and covered in a black leatherette material) contains the first writing machine I bought as a student back in 1969. It is a strange piece of equipment known as a typewriter. You’ll see it demonstrated if you are a regular viewer of Poirot and Foyle’s War."
You most certainly won't see a GSN Junior demonstrated on any TV show. 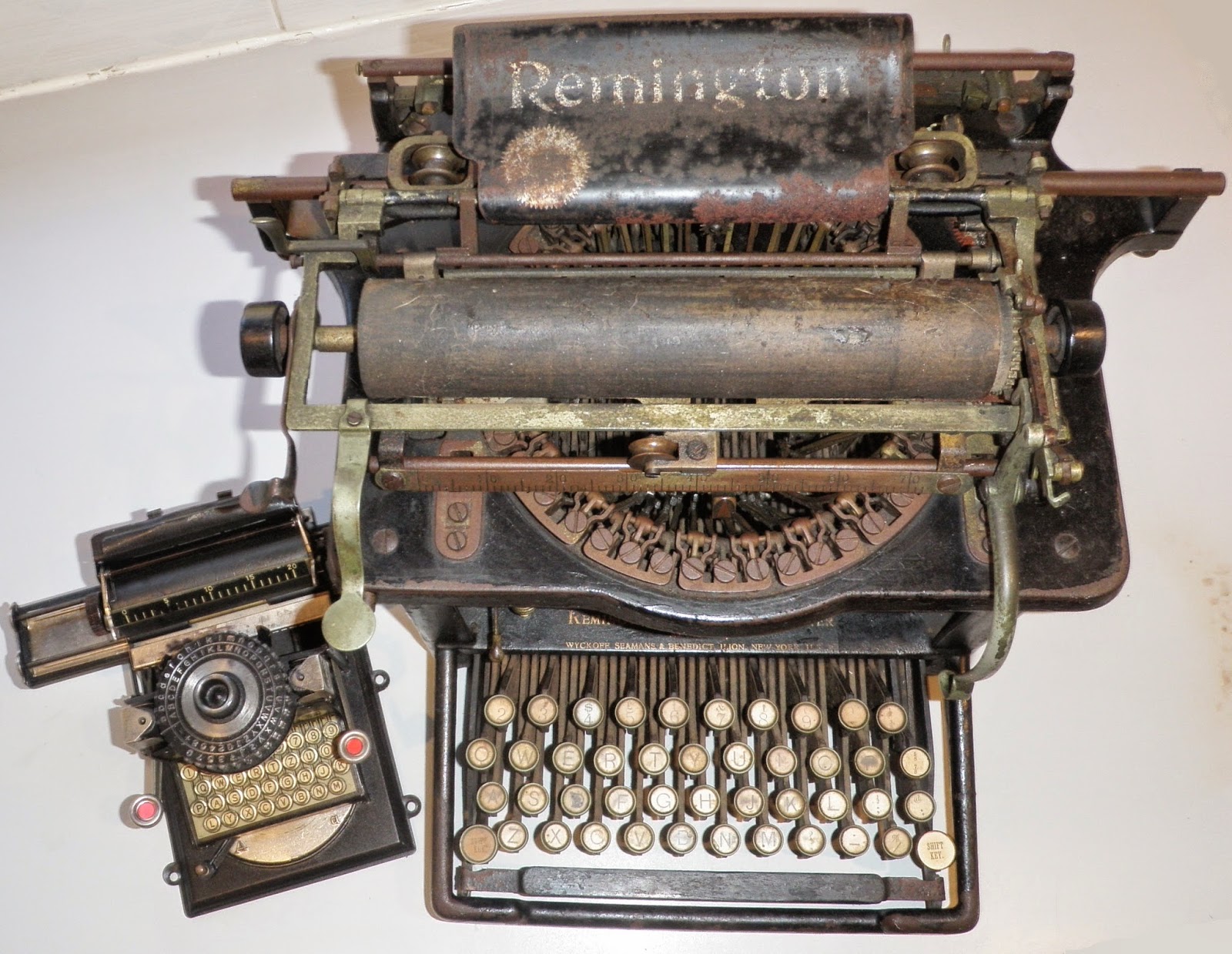 Titchmarsh wrote that, "At first, I kept [my typewriter] as a precaution against power cuts (in Hampshire we endure them regularly in the winter), but since the introduction of laptops with long-lasting batteries that excuse no longer holds. Are typewriters still made? I’d go online to find out, but I have lost my Internet connection at the moment. Either way, the typewriter industry is probably not one into which investment analysts would advise you to plunge all your liquid assets.
"I may be an old romantic, but I do not, in my heart of hearts, yearn for a return to those more primitive days - though the words Olivetti, Remington and Smith Corona do have a magical euphony. I abhor much of today’s modern technology: I am not on Facebook or, as a friend calls it, 'Faceache'. I leave tweeting to the birds. I deplore the habit of frequently checking a mobile phone and texting heaven knows who every 30 seconds. But I would not, for one moment, want to return to those days of carbon paper, correction fluid, filing cabinets, manila envelopes and postage stamps. Ah! My Internet connection is once more up and running, and I can see that typewriters are still available. I could buy a similar black and chrome one to the one in a box for £28.99. A bargain! But no, I’d never find the carbon paper. Just a moment, while I press the button…" 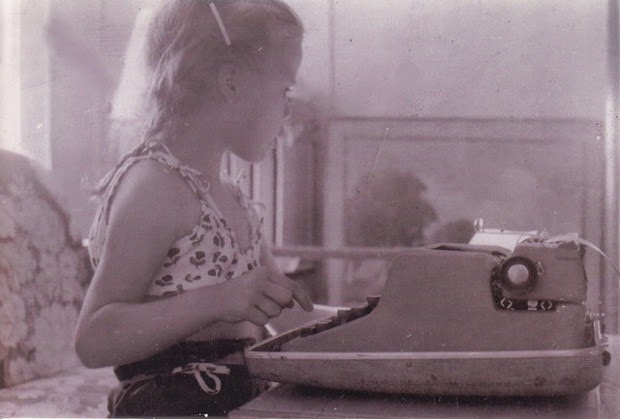 Meanwhile, concentrating more on real typewriters and "Keys to the Past", the Guardian in England is continuing to collect interesting typewriter stories and images (along with comments on same). 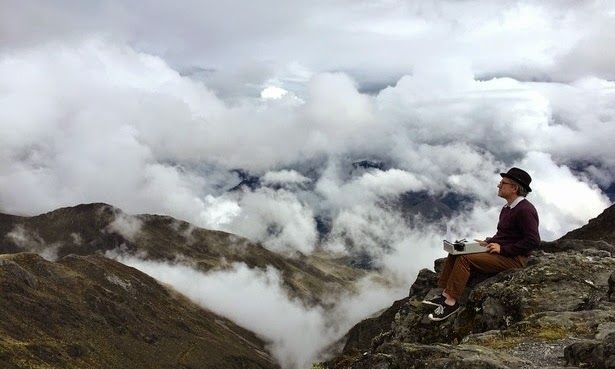 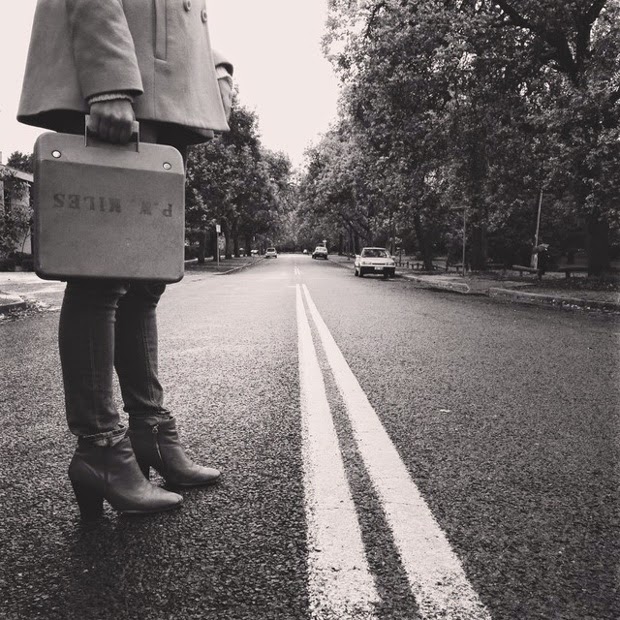 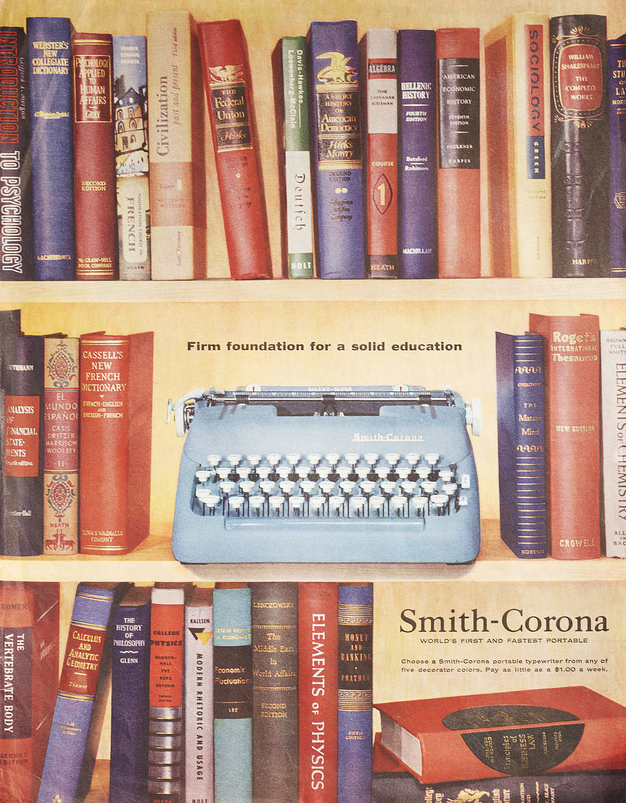 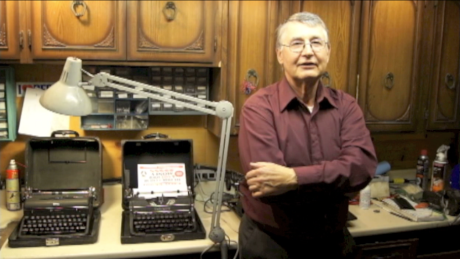 CBC News in Canada ran this interesting item on Kitchener, Ontario, typewriter repairman Manfred Aulich. Manfred started in the trade in Berlin in 1966 and moved to Canada in 1970, where he continued to work for Olympia International. Now retired, Manfred says he is one of the last people in southern Ontario who can still repair typewriters, and regularly receives service requests from lawyers' offices and other small businesses that still use them. "It comes in handy for small stuff, like for envelopes, typing out quick notes, complicated forms," he said. "It's easy to put them in a typewriter and type it out very quickly without going into all kinds of programs." Manfred says younger clients find antique typewriters owned by their parents or relatives and want them to be restored. 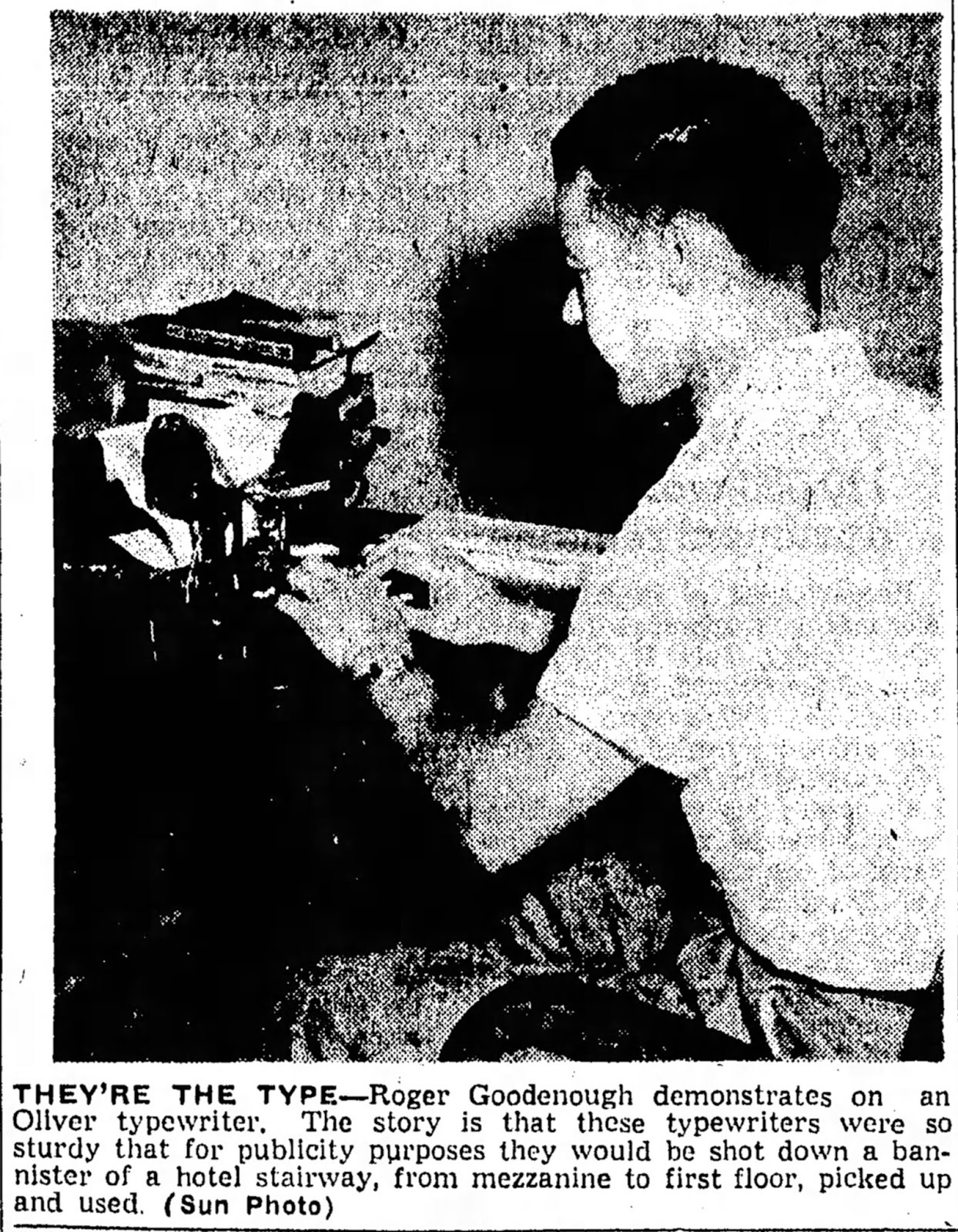 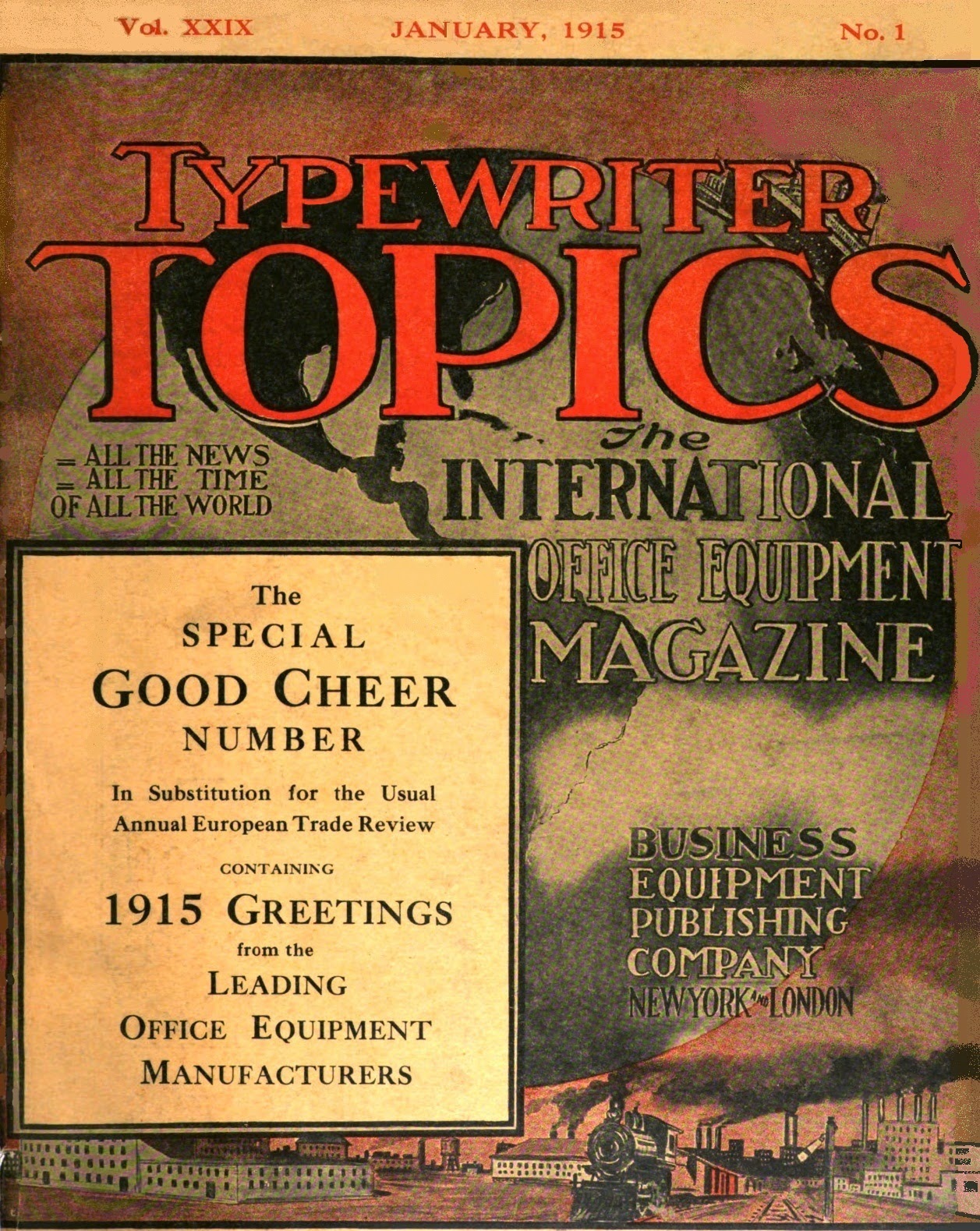 Have typewriters, will travel ...
From the same issue:

Touch of a typewriter:
Intimate and tender 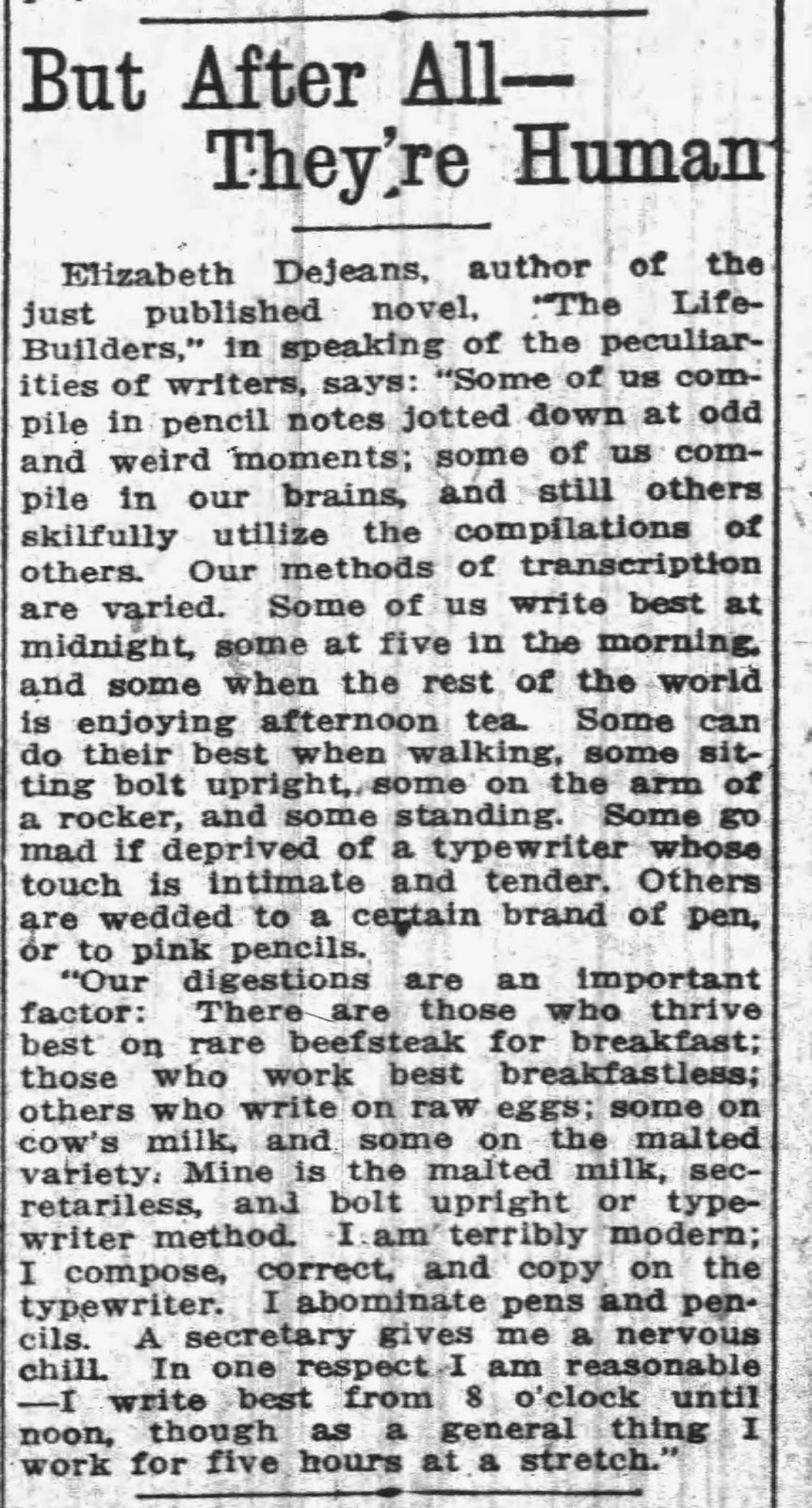 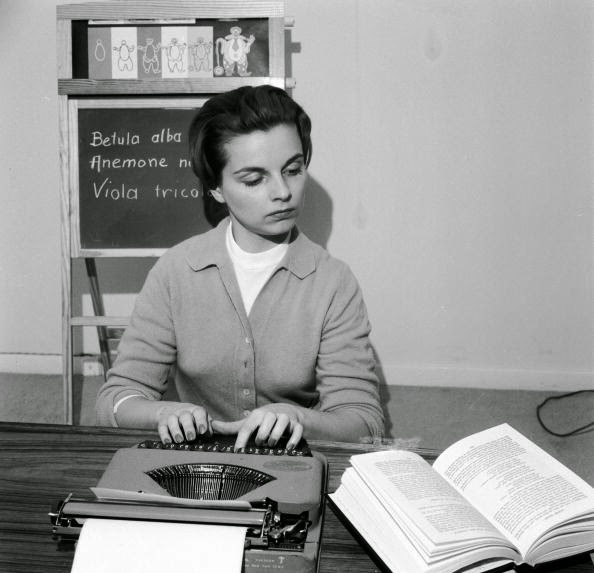 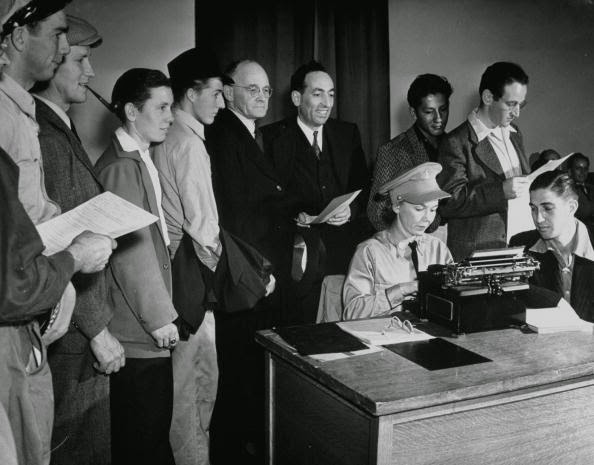 Posted by Robert Messenger at 11:45

Great post, Robert. And thank you for the links to the other articles.

Very informative post Robert. I recently got an Oliver. They are quite a machine, but even if I had a second floor and a banister I'll not be sliding mine around.

Thanks Robert, I love it when you treat us to historical clips, and human interest ditties of the past - like this post. You seem to be a tireless font of cool stuff.
Did I read once that you also like antique sewing machines!?? I do also, and have way too many - they take up even more room than typewriters do. If you're inclined, could you share some of your SM favorites