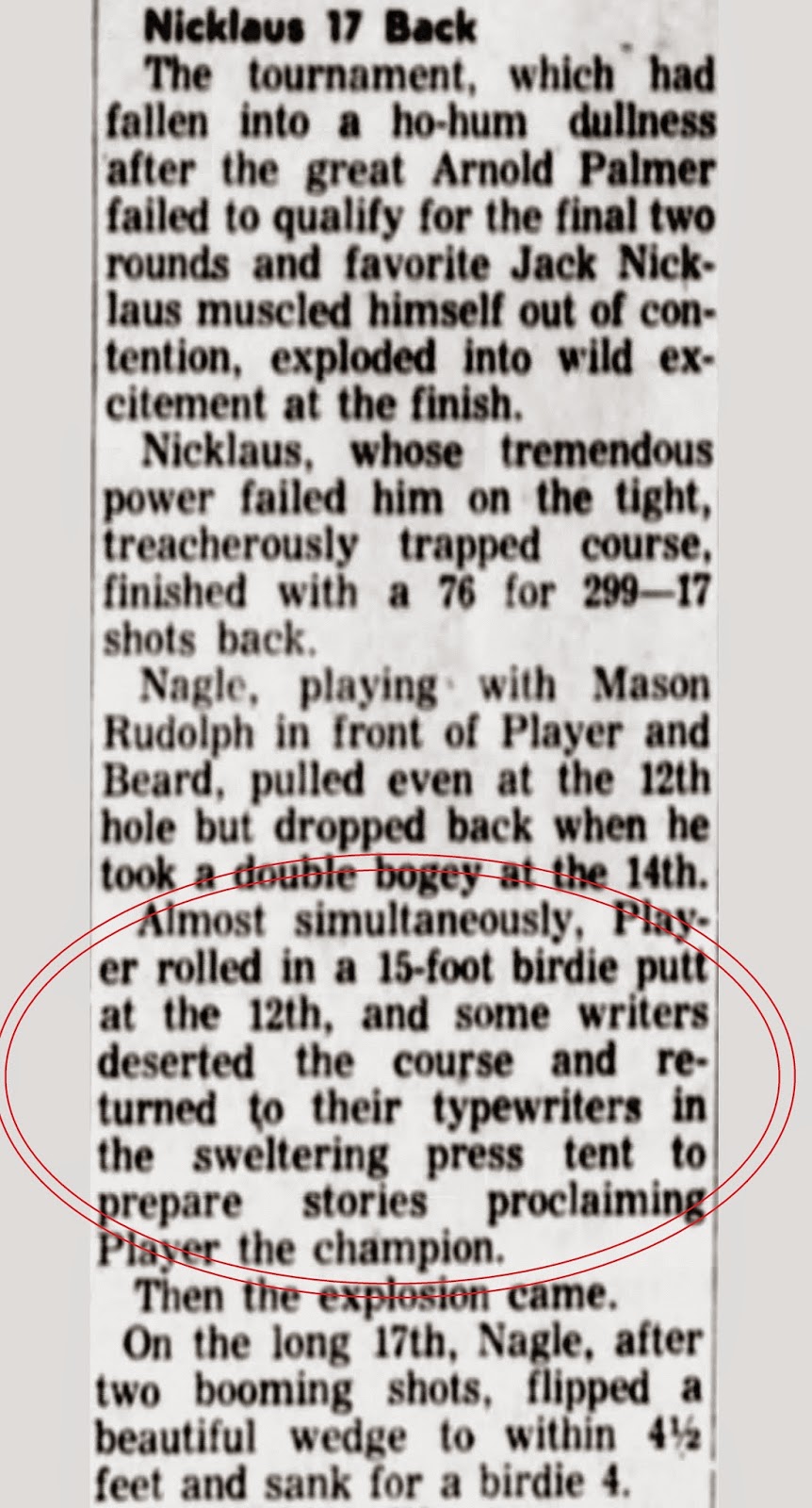 Associated Press's report on the final scheduled round of the epic 1965 United States Open golf tournament at the Bellerive Country Club in St Louis. Gary Player beat Kel Nagle in an 18-hole playoff. With his win, Player joined Gene Sarazen and Ben Hogan as the (then) only golfers to win all four professional major championships, the career Grand Slam.
I do hesitate to raise sporting matters on a blog generally dedicated to typewriters. I fear most Typospherians find sport as boring as dog do. However, I simply cannot resist mentioning the death this morning, at the age of 94, of the great Australian golfer Kel Nagle, winner of the 1960 Centenary British Open at St Andrews. Of all the people I've met through typewriters these past 16 years, perhaps only Diane Jones's partner Steven Harrison has been game enough to express an interest in golf (and in his case, I must admit, an intense interest). 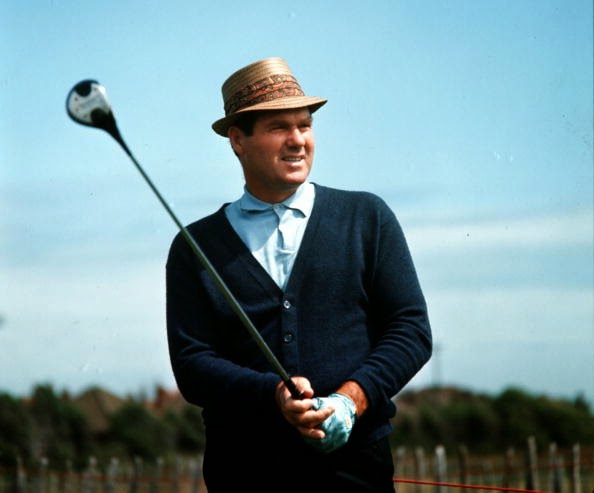 The reason I want to write about Kel Nagle now is that, in all the outpourings of grief, the tributes and the gripping yarns about him that will appear online from across the world today, not one - this post aside - will mention one of Nagle's greatest golfing achievements.
You see, this achievement does not appear anywhere in Nagle's astonishing and well-documented record of golf performances. It was not a tournament he won, and he won plenty (60, quite aside from the Centenary Open). Instead, it was a tournament in which he lost a play-off to Jack Newton, at Kempsey, New South Wales, on March 11-12, 1972.
I know about this achievement because, unlike any other past or present golf writer anywhere in the world, I was there and I saw it. I alone covered the event, for this country's national daily, The Australian, using an Olivetti Lettera 32 portable typewriter. 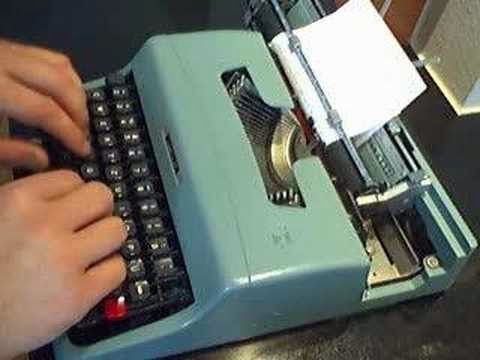 Since back copies of The Australian have not yet been digitised by the National Library of Australia, and do not appear online on its extensive Trove site, my stories about what Nagle did in Kempsey in 1972 are not accessible on the Internet. Ergo, even if a more enterprising journalist decides today to go beyond Wikipedia and the normal range of Internet sources to write an obituary for Nagle, he or she will not find this absolute gem. And believe me, it is something which should be included, in every obituary about Nagle.
Here, at least to me in these circumstances, is a prime example of why original, typewritten and printed copy remains invaluable to recording history - whether it be sporting or any other kind of history. The fact that it may not be digitised must in no way diminish its importance.
I'll be as brief as I can. In early 1972 there was a falling out between the Australian Golf Union and the Australian Professional Golfers' Association (PGA) over the right to schedule professional tournaments in this country. All our golf clubs are, naturally, affiliated to the AGU, which means the AGU exercises control over all of our championship golf courses. When, in 1972, the PGA refused to continue to cede the right to schedule professional tournaments to the AGU, the AGU barred all PGA members from all courses in Australia. 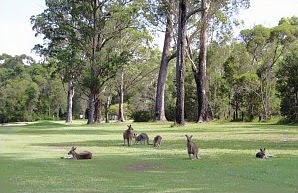 Kempsey golf course
The Kempsey Golf Club made a very brave decision. It decided to go ahead with its pro-am on March 11-12, 1972. In doing so, it knew full well it would be disaffiliated and its facilities barred to rank-and-file golfers by the AGU. A large number of professional golfers, including Nagle, Newton and the fabulous Billy Dunk, made the equally brave decision to play at Kempsey. They too knew they could be barred from every course in the country. 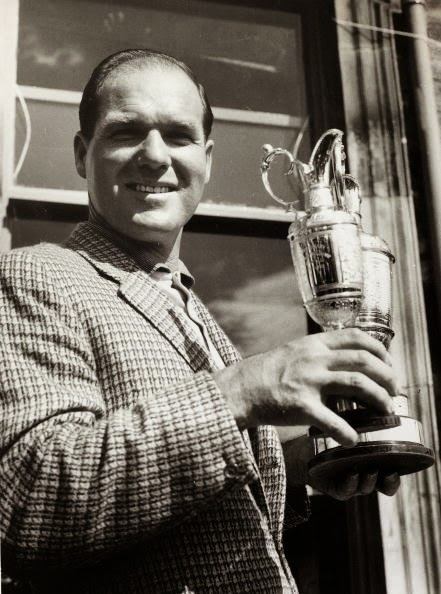 Nagle probably had much more to lose than most. Through the AGU's international affiliation, a ban on him could conceivably have extended beyond our shores. Newton at the time was still a young (22-year-old) up-and-comer. Dunk rarely ventured beyond Australia and New Zealand. But Nagle was still very much a major worldwide figure in golf.
I must stress these guys didn't travel to Kempsey for the money. The pro-am had an (even then) paltry $2500 at stake. The pros went because they wanted to show solidarity, that they were backing their association on the issue in question. They believed that, as the players drawing the crowds and the sponsorship dough, they had a right to have a say in the scheduling of professional tournaments. Going to Kempsey, breaking the AGU boycott, was their way of standing up for that right. 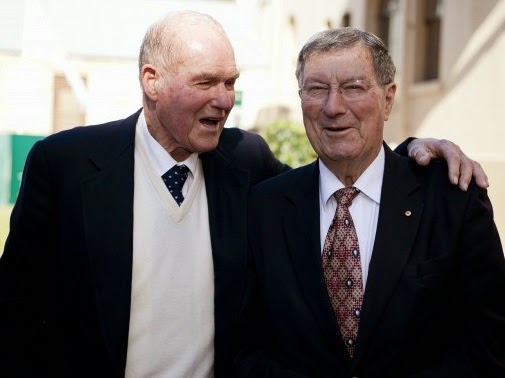 Let bygones ... Nagle with Peter Thomson in 2013
One leading Australian professional sided with the AGU - Peter Thomson. Nagle and Thomson were by far and away our two greatest golfers from the late 1940s through to the mid-1960s and the emergence of Bruce Devlin, David Graham and Bruce Crampton. Thomson and Nagle were world beaters when few Australian golfers were in that class. I won't say here whether Nagle and Thomson were especially close, but I will say that Nagle's decision to go with his fellow PGA members to Kempsey would have unquestionably widened any gap that existed between them back then.
Given that I had, virtually lone-handed, covered this dispute on a daily basis, all the while risking litigation from Thomson, The Australian made the decision to send me to Kempsey to cover the event, a decision no other Australian newspaper was prepared to make. To this day I'm glad it did. It remains one of my most cherished sportswriting memories. There was a certain poignancy in Newton, representing the immediate future of Australian professional golf, beating the old guard, represented by Nagle, in an event which had huge significance for the ongoing well-being of Australian golf.
Aside from all that, without me and my Olivetti, the tournament might have gone unrecorded. It's still not online, but that doesn't mean it didn't happen.
The unfortunate thing is that it won't get a mention elsewhere today, because it was a momentous occasion in Kel Nagle's long life and brilliant professional golfing career. He deserves credit for having the guts to do what he did back then. It was a huge risk, a threat to his livelihood. But Nagle had principles, strong ones, and that's what he should be remembered for now, as much as for his golfing successes.
Thanks to a typewriter, one day that fact might be more widely known. 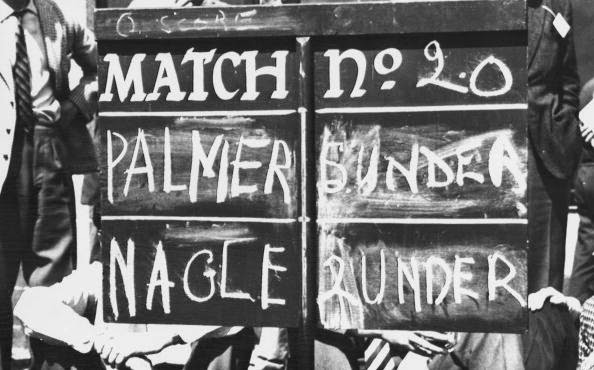 From the day when golf writers got out on the course, and didn't rely on computerised information being force fed to them back in the press tent.
*Kelvin David George Nagle was born in North Sydney on December 21, 1920. He won at least one tournament each year from 1949 to 1975. He won 61 tournaments in Australasia (next best is Greg Norman with 31), as well as the Canada Cup for Australia in partnership with Thomson in 1954 and 1959. At the 1960 Centenary British Open, Nagle beat Arnold Palmer, who edged out Nagle in the 1961 Open. As late as 1970, the year he turned 50, Nagle was ranked among the top 10 players in the world on Mark McCormack's World Golf Rankings. In July 2007, Nagle was elected to the World Golf Hall of Fame.
Posted by Robert Messenger at 13:38

we may not be much into sports, but we sure like your writing! (: