Who Was John Gardner, 'Typewriter Specialist, Inventor and Dealer'? 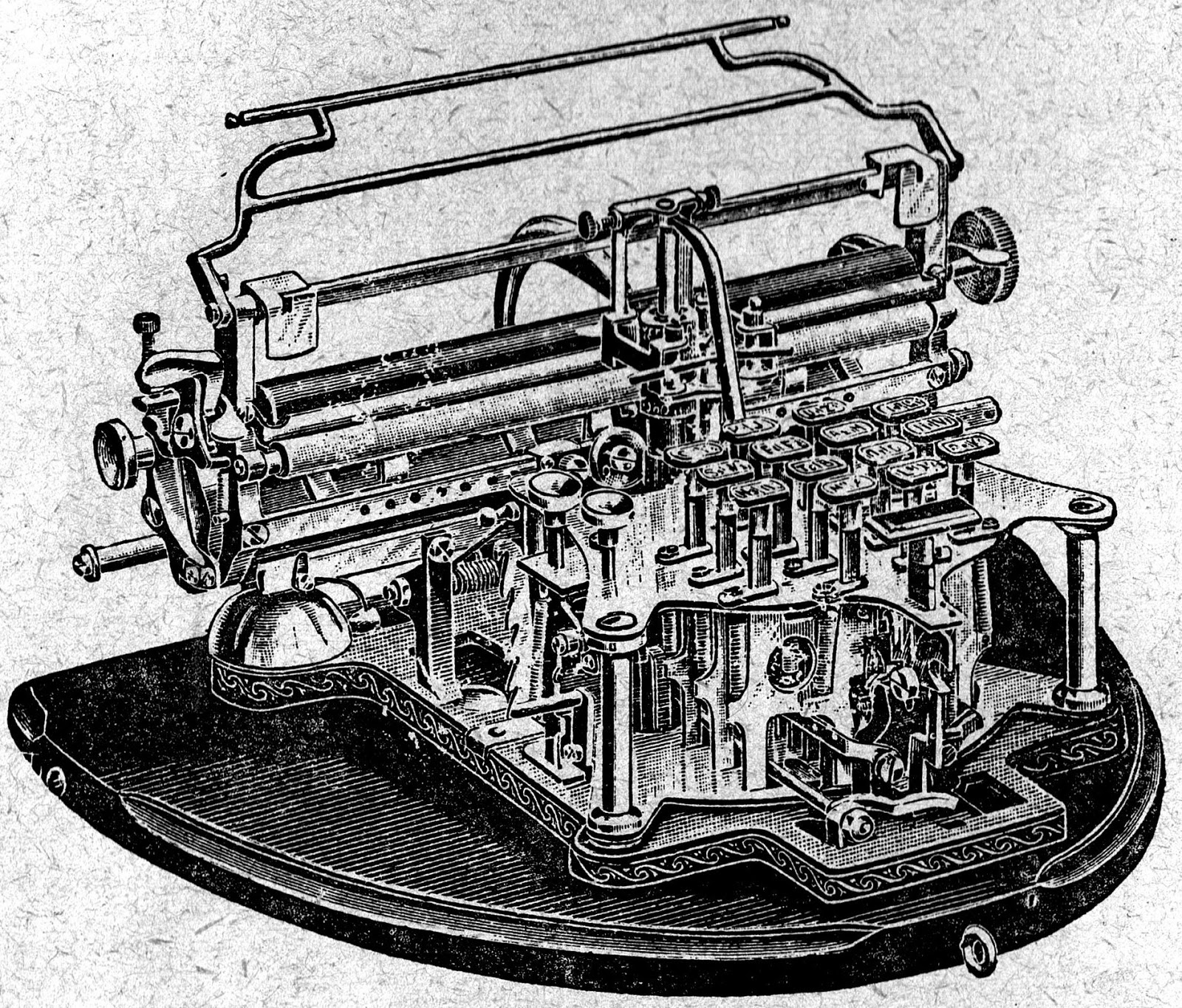 Typewriter historians are familiar with the 1890s British curiosity the Gardner, an ultimately failed attempt to market in Europe a low-price (eight guineas), low-maintenance 13- or 14-key single type element machine expressly designed for correspondence.
Lancastrian John Gardner, a self-styled "typewriter specialist, inventor and dealer" came up with the idea for this strange 7 3/4lb, 10 1/2 inches x 10in x 5 1/8in device with a 24 square inch keyboard sometime in the late 1880s. This was at the very time that Charles Spiro was convincing British typewriter importer William Richardson that buyers weren't so interested anymore in small, cheap typewriters, for just correspondence or any other purpose.

This advertisement appeared regularly in Manchester's The Guardian newspaper between mid-December 1894 and March 1895
As a consequence, so few of Gardner's typewriters were made and sold that when one came up for auction at Christie's in South Kensington, London, on March 3, 1994, it comfortably exceeded the estimated price range and sold for £3520 (or $US5267 at the exchange rate back then). The Gardner was described as having a nickel-plated frame on a japanned iron base with gilt scrolling. Three years after the sale, an image of this Christie's Gardner appeared in Michael Adler's Antique Typewriters: 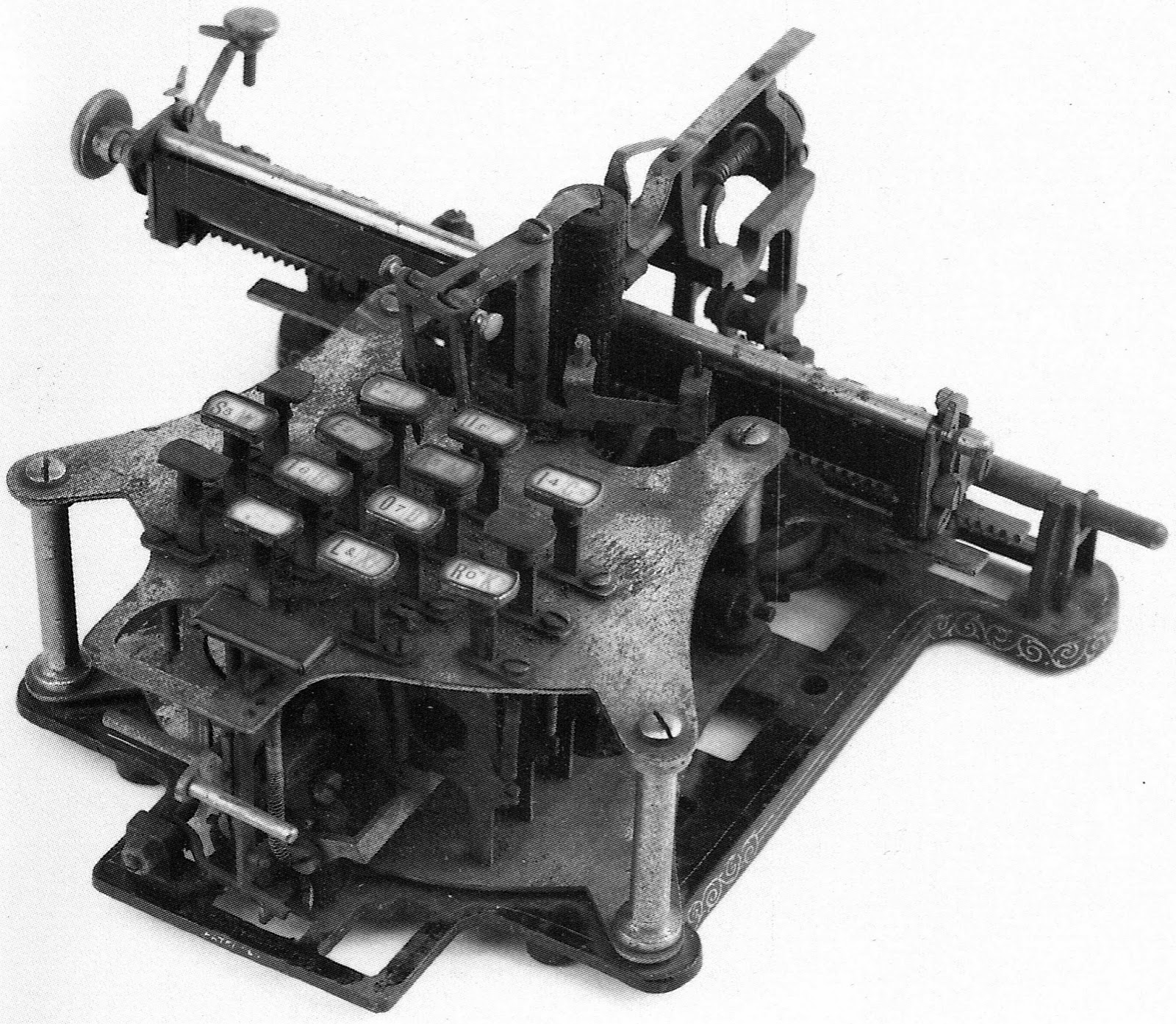 The Gardner was manufactured by that name by the Gardner British Typewriter Company in Manchester, England, as the Victoria by Carl Lipp at Fuldaer-Schreibmaschinenfabrik in Fulda in central Germany and later, in 1899, in association with bicycle-makers Atilla-Fahrrad-Werke AG (formerly E. Kretzschmar & Co) in Dresden-Löbtau in eastern Germany, and in 1893 as the Victorieuse by German manufacturer Charles Terrot at his bicycle branch factory in Dijon in eastern France. 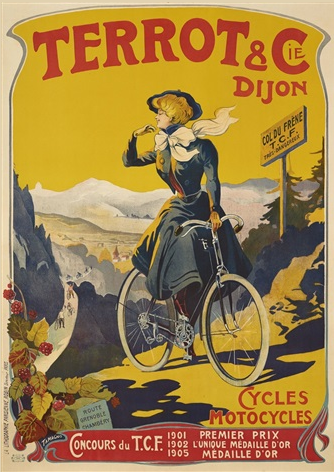 The 14-key keyboard, showing the action in depressing the spacebar and shift key in order to utilise all 84 characters. On the 13-key version, 78 characters could be typed.
There are two online insights into the Gardner, at Paul Robert's Virtual Typewriter Museum and an article written by Berthold Kerschbaumer on Richard Polt's The Classic Typewriter Page Typewriter Spotlights, under Gardner (Victoria). Paul wrote, "In retrospect, some typewriter designs are admired mostly because their inventors managed to invest tremendous energy and ingenuity in something that was bound to fail. The Gardner is a good example. It is one of the most impossible writing machines of all times." Berthold described the Gardner as "one of the most peculiar constructions in the long history of the typewriter". 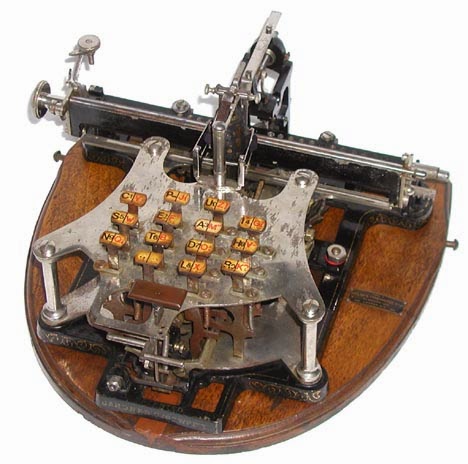 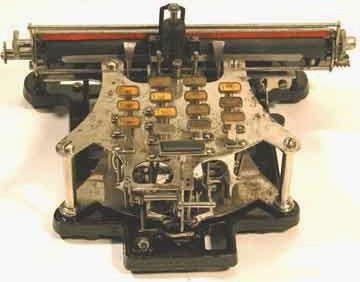 From the Breker Collection via the Virtual Typewriter Museum
As with early typewriter histories by Müller, Mares and Martin, there is much about the machine but nothing about its inventor - name and home city aside. The same applies in later books by Adler and Rehr (image below). 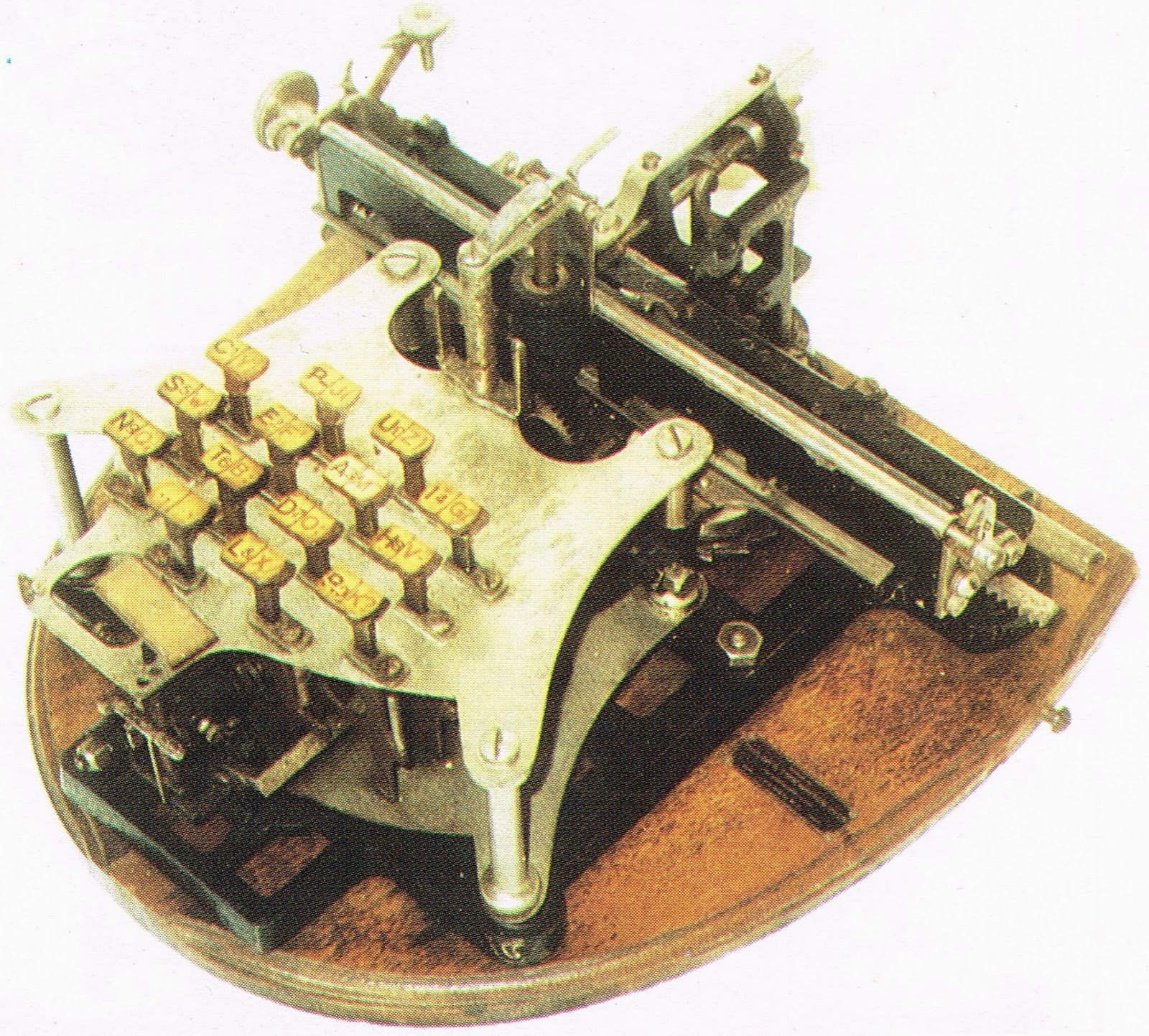 Eight years ago (almost to the day) Jeff Leater of the Yahoo typewriter online forum set out to unearth John Gardner, but said, "I tried to find info on John Gardner, the only one who came close in 1890 was a stationer. Gardner was a well known name in the area." There was a Manchester stationer called John Gardner, but he was born in 1858 and was married to a Harriet, so he wasn't our man. There was also a printer and a machinist, occupations which sometimes offer clues to identifying typewriter inventors, but not in this case. 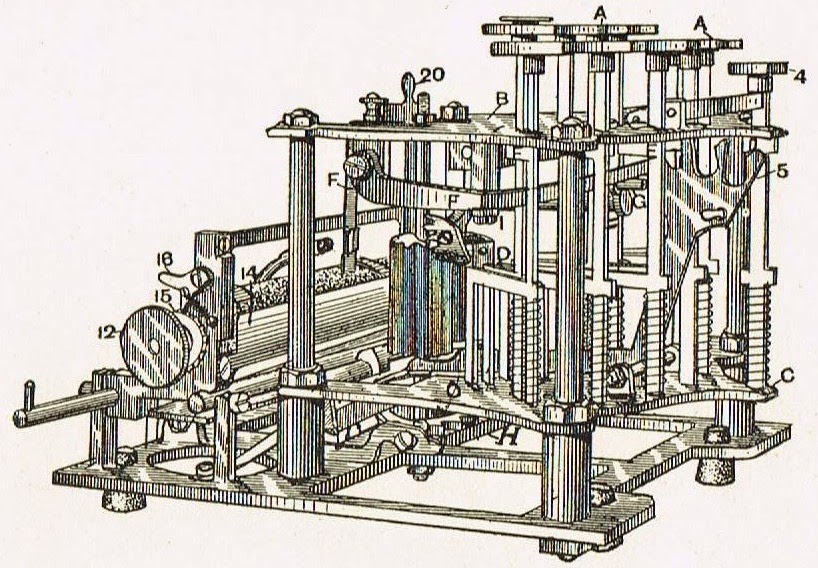 From Müller
This week I went about finding the real typewriter-inventing John Gardner, and learned that Leater had been dead right: I had to call up at least 370 British census pages, checking out Mancunian John Gardners and other John Gardners in Lancashire, all but one of who were occupied in an utterly bizarre range of jobs (I never knew there was such a paid task as a "stiffener"). Finally I hit pay dirt, after many, many hours of searching. 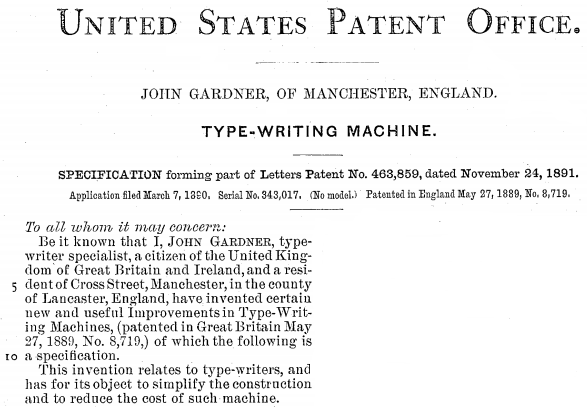 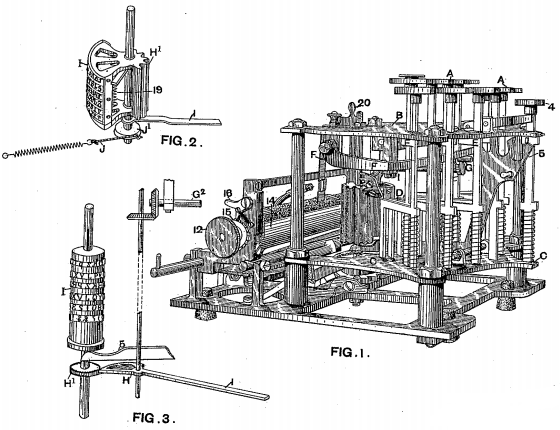 And when I did, there was no mistaking that I had found the right man. John Gardner is quite possibly the only man in history to list himself on a census return form as a "Typewriter specialist, inventor and dealer". I'd had some hint this was how he described himself, as on his March 7, 1890, application for a US patent for his typewriter (issued November 24, 1891), Gardner said he was a "typewriter specialist", something I don't any other typewriter inventor has ever done. (This patent, for a 13-key machine, had been granted in England on May 27, 1889). 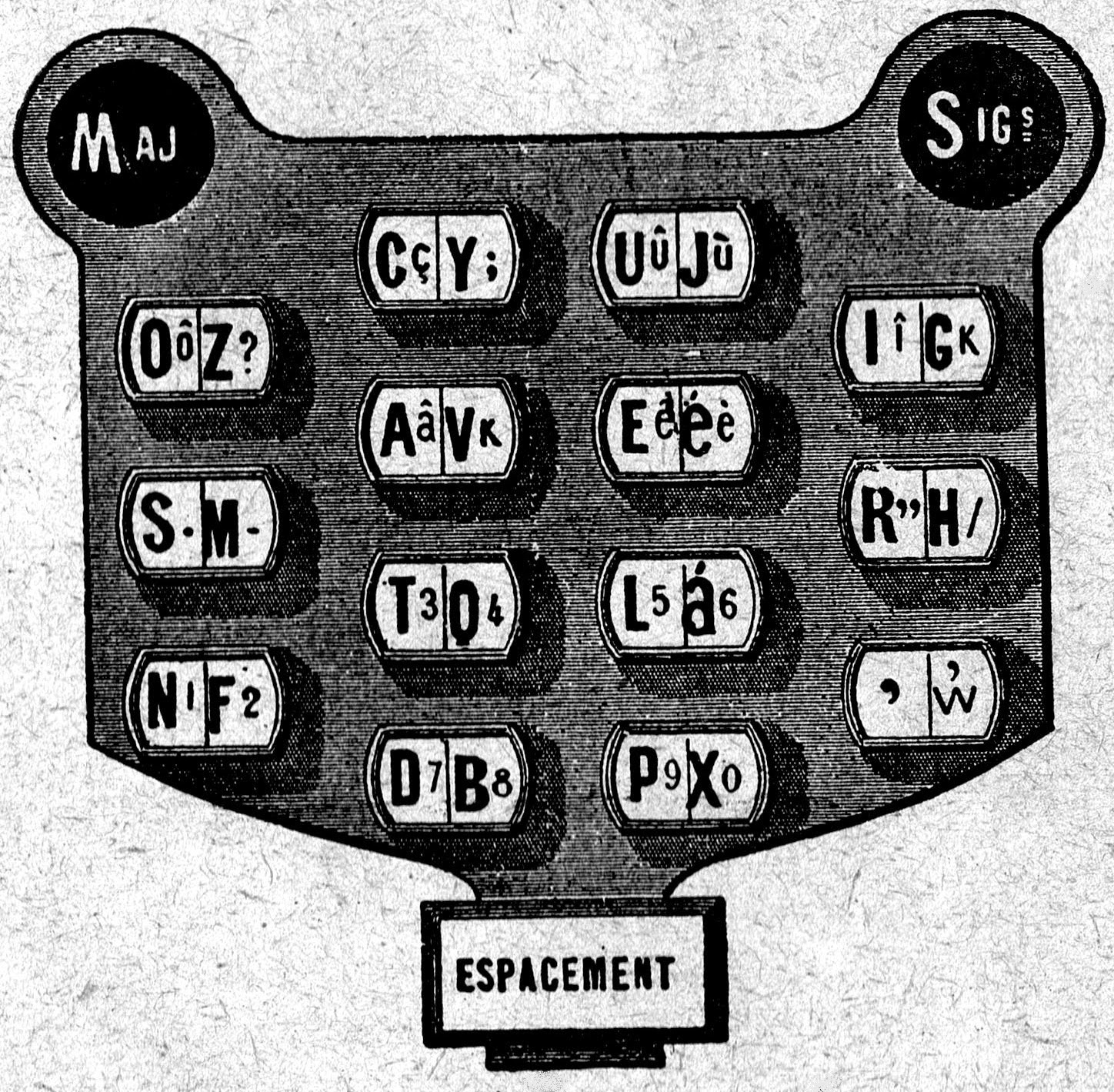 The 14-key, two shift keys layout on the later Victoria (1899-1900?)
OK, so now we know at least a little about his gentleman. John Gardner was born in Rhodes, Middleton, Manchester, and baptised there on September 20, 1863. His father, also John, was at the time a "machine painter". Middleton is a town within the metropolitan borough of Rochdale, in Greater Manchester. It stands on the River Irk, five miles from Rochdale and 4 1/2 miles from the Manchester city centre. 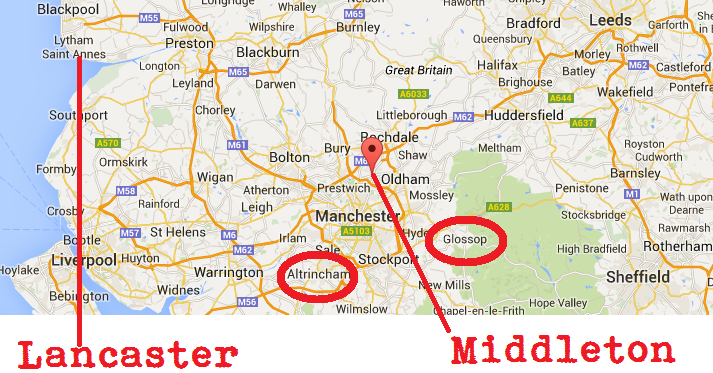 The family moved about the county of Lancashire as John's father sought work and, following his death, John's widowed mother Sarah (née Jacques) battled to feed three young sons. At the time of the 1871 census, they were in Lancaster St Anne's, where John senior worked as a (billiards?) table baizer. By the time of 1881 census, John's father had died and John was living with his mother at Glossop, where he worked as the family breadwinner as a 17-year-old clerk. In early 1888 John married Emily Duckworth in Derbyshire. At this time John would have been well advanced in his typewriter venture, which was patented first the next year.
By 1891 John was living at 226 Manchester Road in Altrincham, a market town within the metropolitan borough of Trafford in Greater Manchester. It lies south of the River Mersey, eight miles from the Manchester city centre, three miles from Sale. John had lost a younger brother called Richard in childhood, and he and Emily now had a young son called Richard, as well as a six-month-old third generation John Gardner. The couple later had five more children; the last survivor among them, William, died in Norwich aged 100 in 1992, just two years before his father's typewriter was auctioned by Christie's. William's two daughters died in 2004 and 2007.
It is in the 1891 census that John describes himself as:

The 1895 Kelly's Directory of Manchester lists him as:

Paul Robert and Ernst Martin date the Gardner typewriter to 1890; Martin says the company was based at 64 Haworth Building, Cross Street. Wilf Beeching dates the machine from 1893. Mares says the typewriters were made at a plant on Carr Street, Manchester. 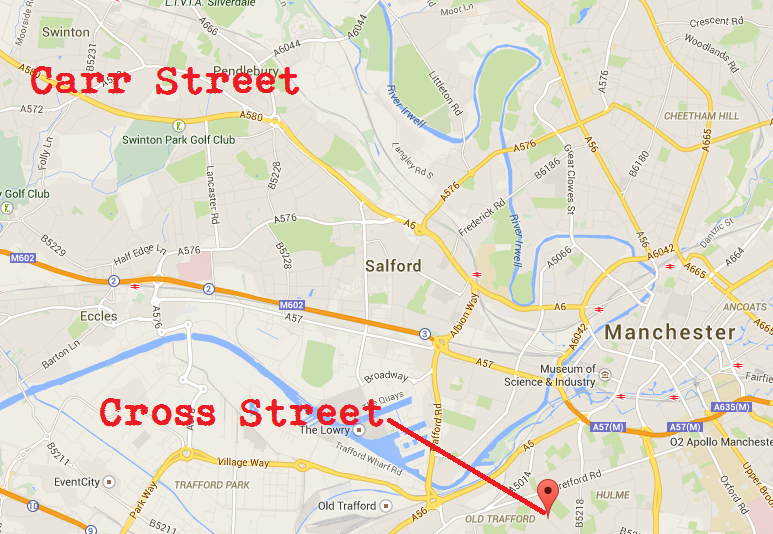 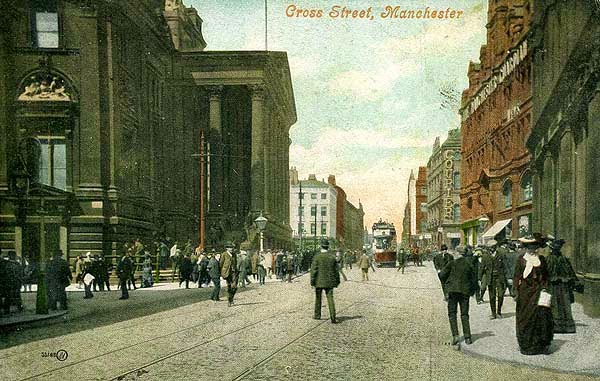 Suggestions that the Gardner typewriter enterprise had gone out of business by the dawn of the 20th Century appear to be correct. There was no further Guardian advertising beyond 1895 (the year Berthold Kerschbaumer pinpoints for the end of English production), and by the time of the 1901 census John Gardner had moved with his large family out of the Manchester area altogether. He was working as a self-employed mechanical engineer in Preesall, a small town known at the time as Preesall with Hackensall, on the eastern bank of the estuary of the River Wyre. He was still in that area, at Knott End, Fleetwood, when the trail runs cold in 1911. Gardner was by then calling himself a mechanical and electrical engineer, "experimental only, no manufacturing", working on his "own account" from a home office, with son William assisting. 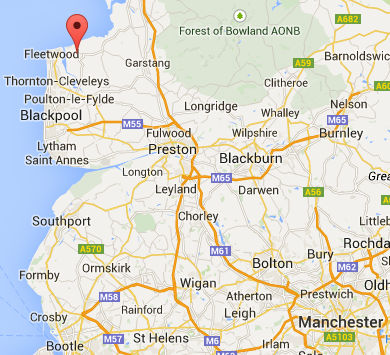 Anyway, here are some more Gardner typewriter words and images: 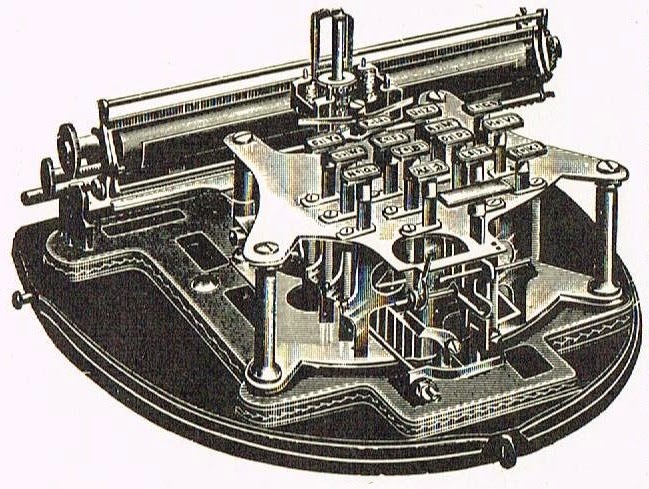 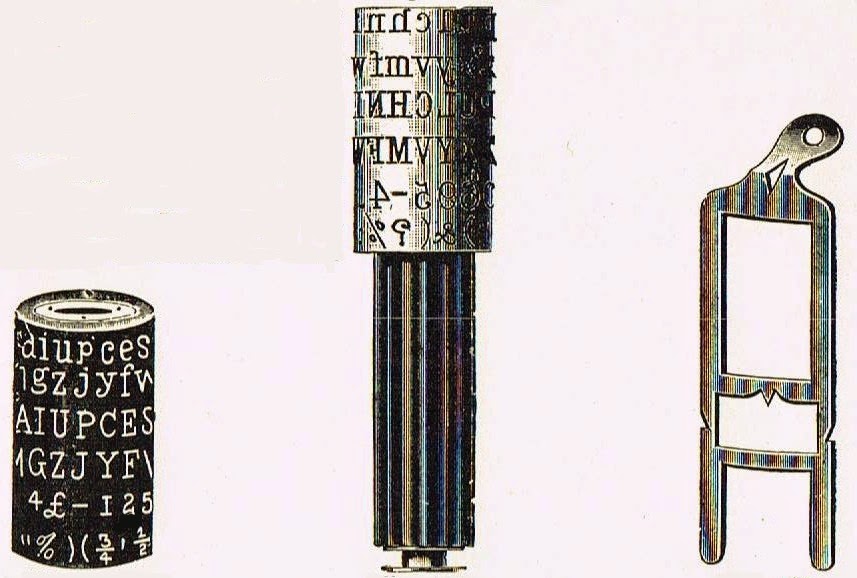 The type sleeve, very much like that of the Crandall single type element, was made of vulcanised "india rubber"

The type action, also showing the back hammer 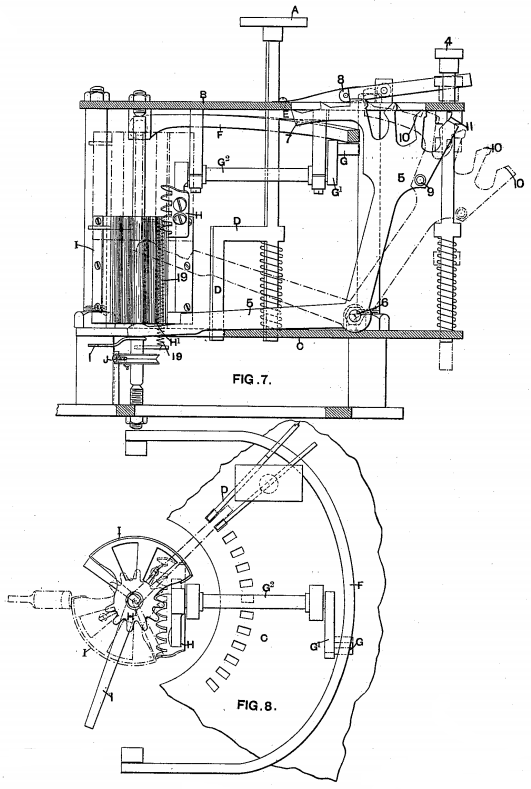 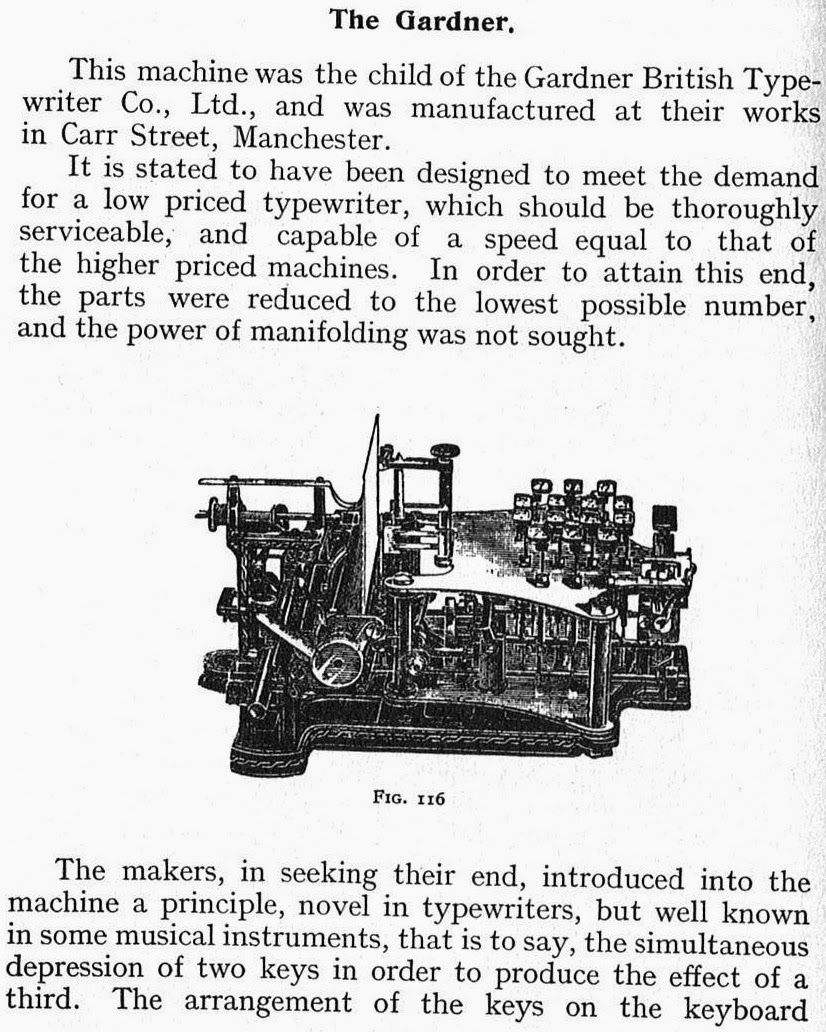 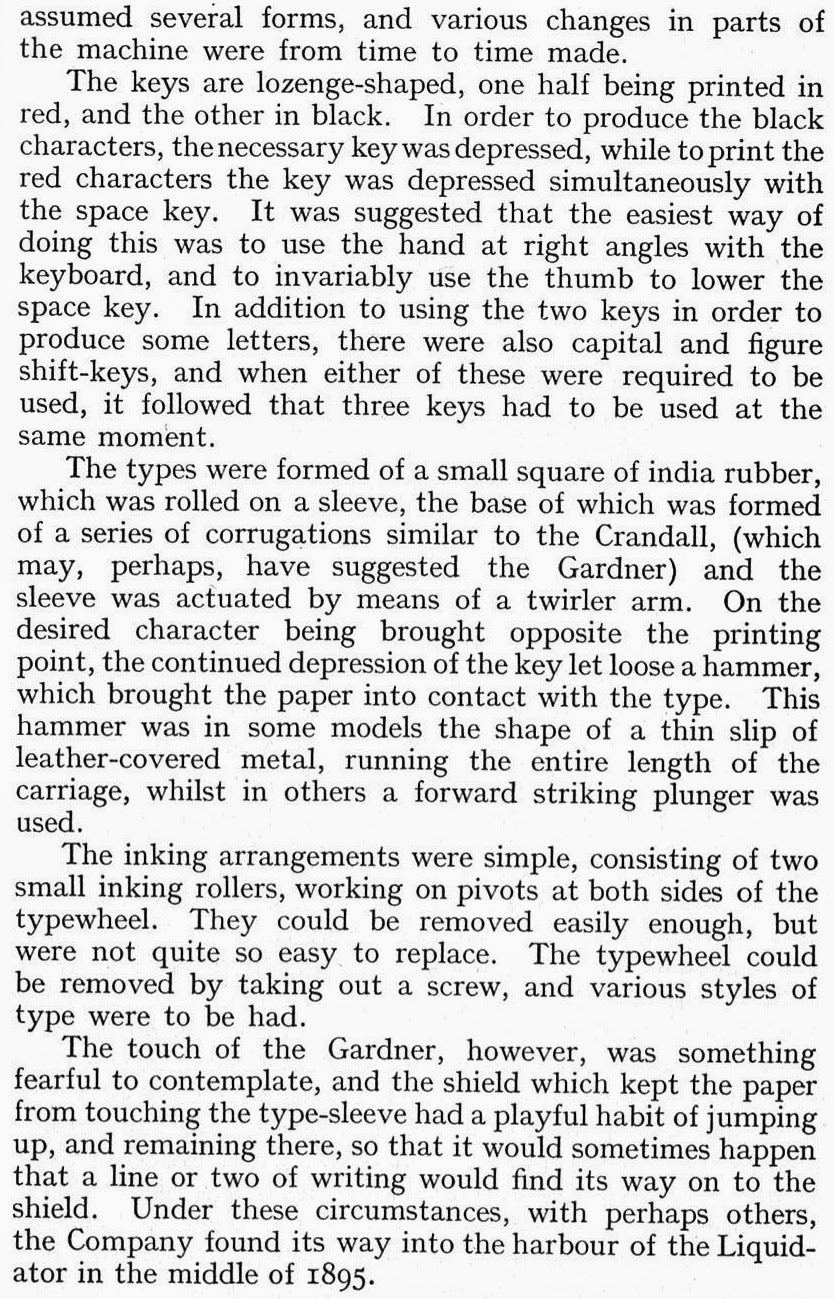 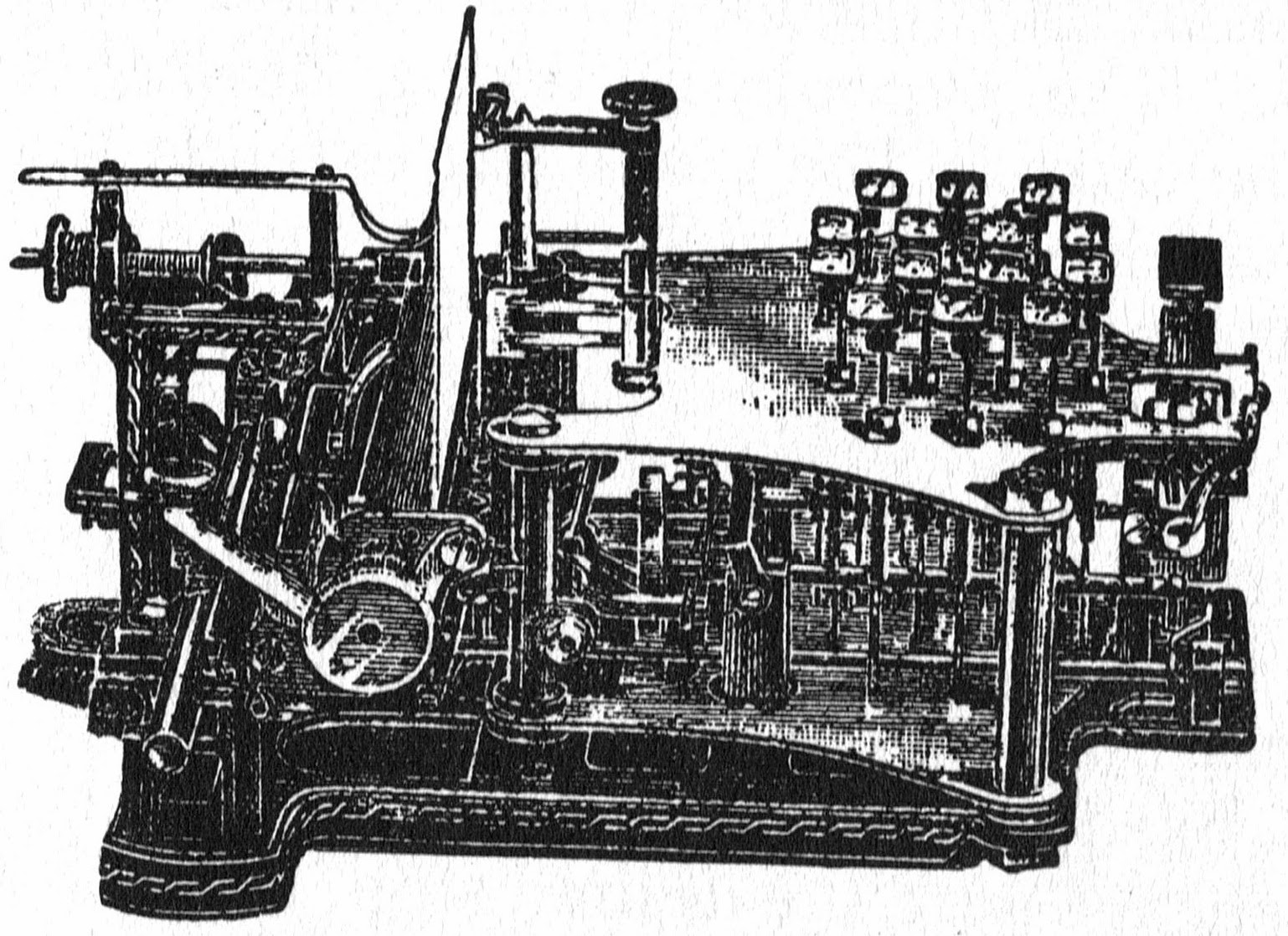 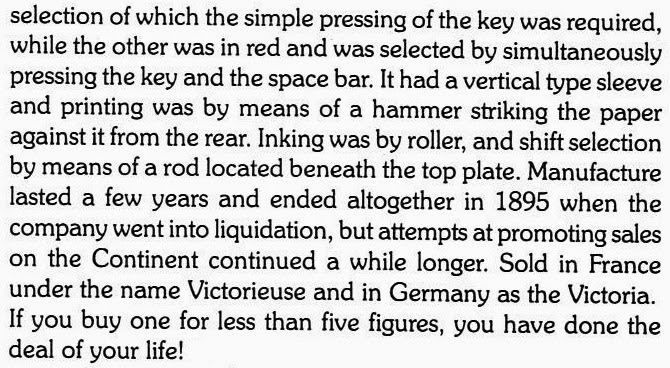 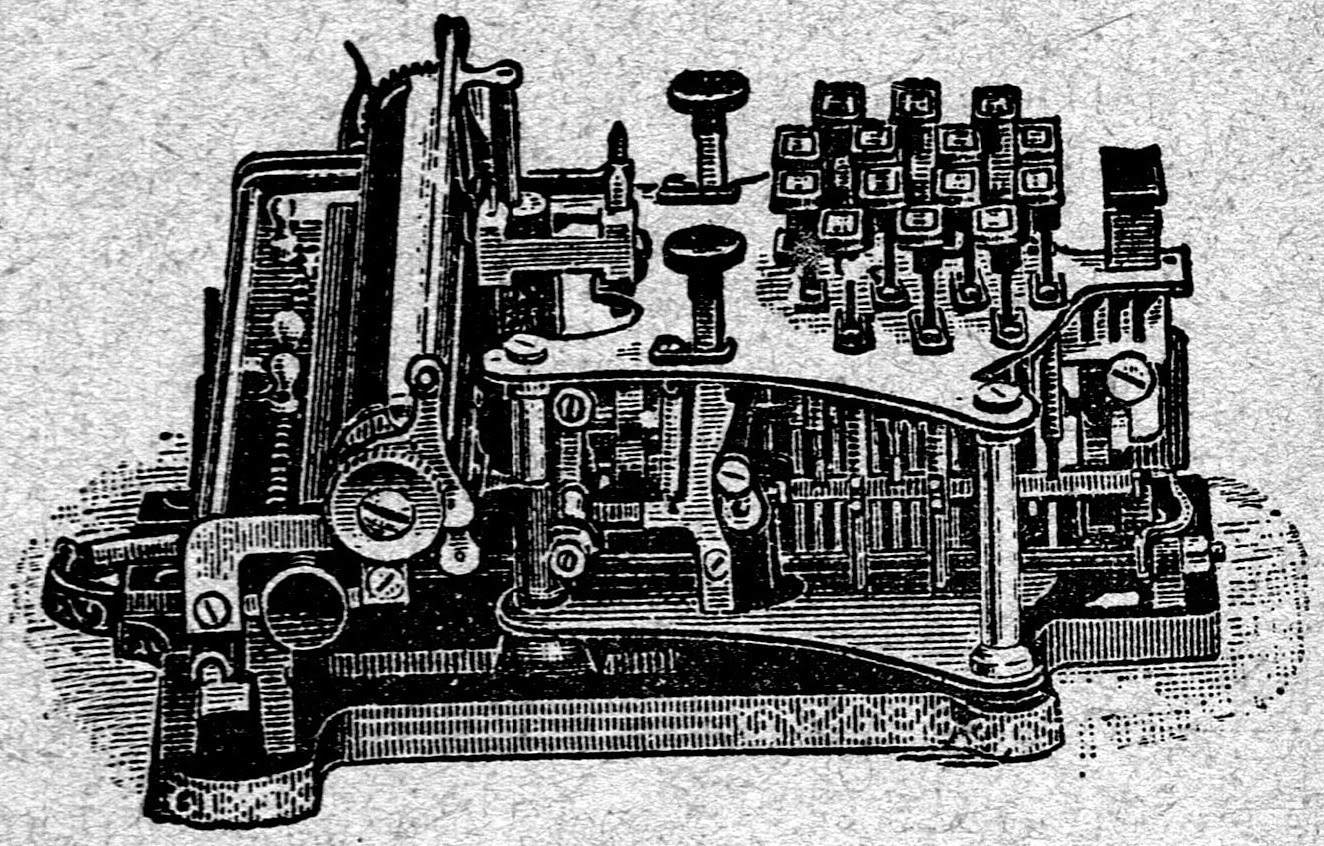 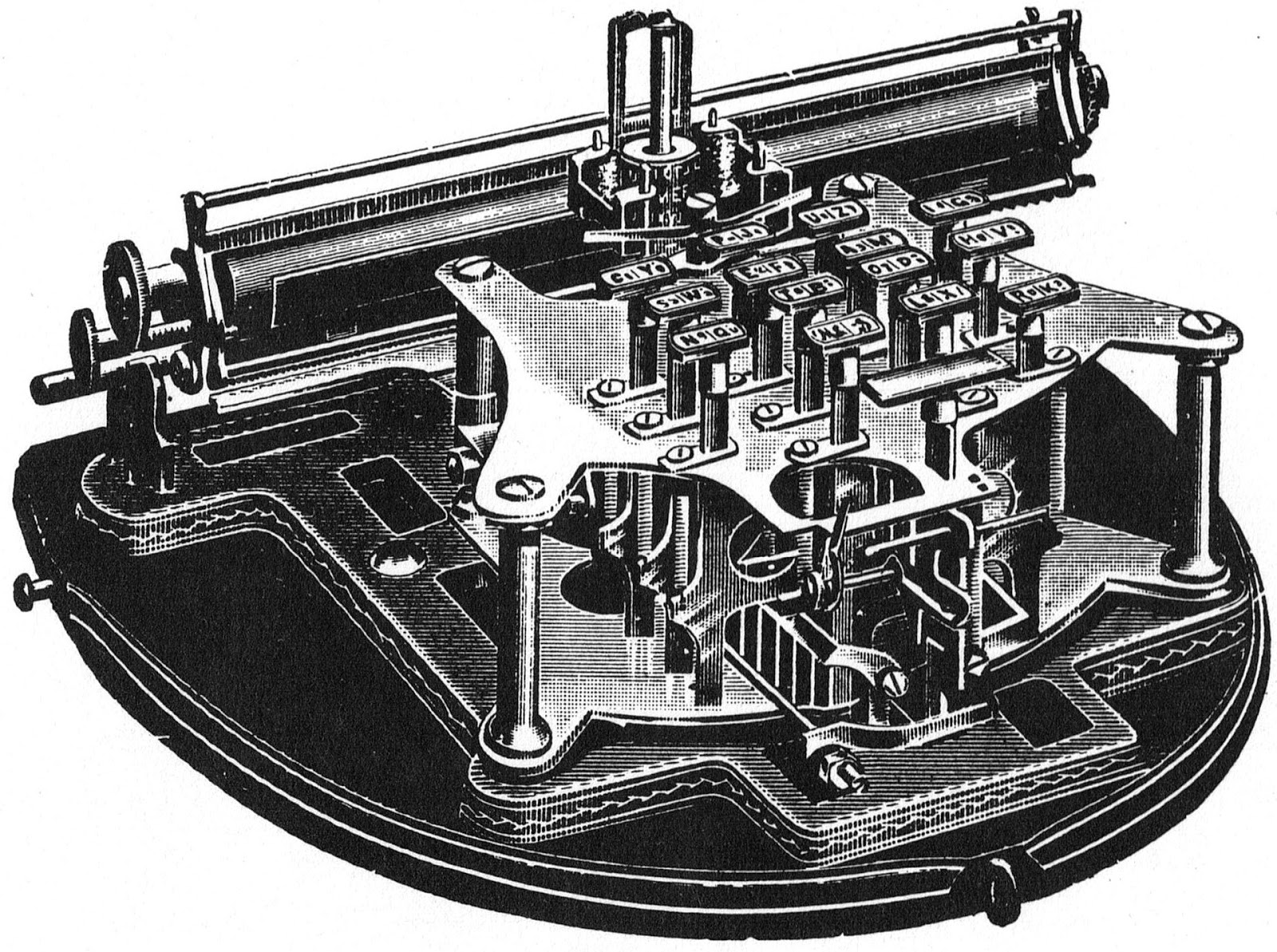 Posted by Robert Messenger at 13:36

I so hope that someday I'll be able to own one of these insane gadgets.

Excellent, entertaining read! Thank you for your dedication to putting this terrific tome together. ~TH~

John Gardner died on the 2nd May 1928 he lived at Sandhurst, Bolton Le Sands Carnforth, Lancashire.

He left £1882.3s to his widow Emily and his daughter also called Emily.

I read your article about John Gardner's life with interest. I can give you more complete information about his life, and I would myself be very interested to know where you discovered that he lost a very young son. I am his great grand-daughter; I recently tried to locate one of his typewriters in London.

To fill in a few gaps in John Gardner's life:

His father John was very much alive in 1871 and was a Machine Calico Printer. The family lived in Glossop, Derbyshire, where John would later work on the Railways. The family emigrated to the US in about 1881; John worked as a Superintendent on the Railways.

He returned to marry Emily in 1888, although his parents and brother William remained in the US for the rest of their lives. John and his family lived in Knott End for many years, then in Bolton-le-Sands until his death. He was awarded the O.B.E. in 1920 in recognition of his services during WW1, and was a humorous, devoted family man.

Obituary and many photos available, including one of him using his typewriter!

A plea for help - can anyone share the source of your information about John's younger brother who died very young? I have a great photo of John and Richard as babies, but sadly he is the only Gardner I know nothing about.

There was a Gardner Typewriter on permanent exhibition in the Science Museum, London, until 1991; it has now been taken into storage. If anyone is interested I would like to post my photo of John using the Gardner typewriter as a young man.