On This Day in Typewriter History (CIX) 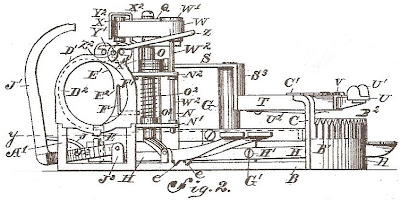 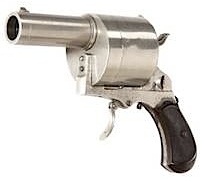 On this day in 1892, Ademor Napoleon Petit, of New York, was issued with a patent for a small index typewriter.
Petit said, “The object of the present invention is to construct a cheap, easily-operated, efficient, and durable type-writer; and it consists of certain arrangements of parts, more particularly with reference to the structure and operation of the mechanism for transmitting motion to the hammer and type-wheel, whereby the number of parts is greatly reduced, the action of the printing is rendered much easier, and the print and alignment is made as nearly perfect as possible …” 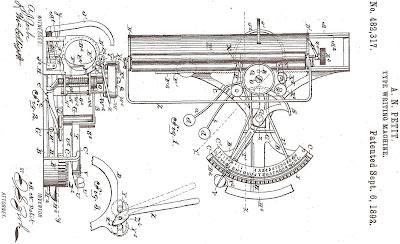 Sounds like a neat little machine, but the only Petit typewriter historian Michael Adler lists is one patented in 1885 “for a design using a circular index with rubber type”. This was patented to Nelzire F. Petit Jnr, of Charleston, South Carolina, where he was born in December 1850. He and Ademor appear to be unrelated.
The Nelzire Petit typewriter looks uncannily like a Hall (below) or the very mysterious prototype Flavio Mantelli has written about in this month’s issue of ETCetera. 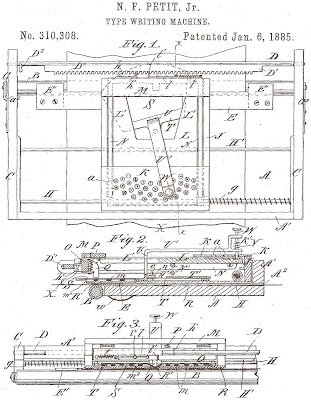 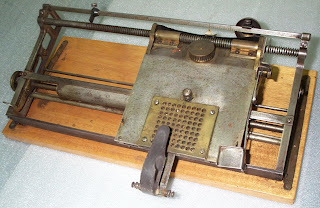 Ademor Napoleon Petit might have been rather petite in physical stature (he stood 5ft 3in tall) and he might have liked the idea of petite typewriters. But he was pretty big on ideas, and his most lasting legacy is the two-sided record. 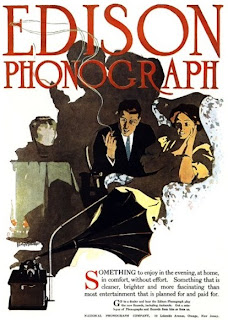 The Patent History of the Phonograph places him among history's top 10 phonograph inventors, with some 25 patents to his credit.
A keenly-awaited letter regarding the last two of these, from his Manhattan patent attorneys, arrived at his home at 54 Wheeler Street, West Orange, on the morning of Monday, June 15, 1914. But Petit didn’t get to see it. He’d put a .35 calibre revolver to his right temple and pulled the trigger. He’d left a note for his wife saying, “I go to nothing”.
His daughter, Aurora, found him when she took the letter out to Petit’s laboratory in a barn at the back of their New Jersey home. The next day the New York Tribute ended a short report on Petit’s suicide by saying, “Petit had been somewhat morose of late.” 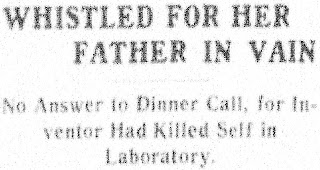 Petit was a mere 44 when he died. Wherever he went, he left a legacy: sadly, not a typewriter, but the ability of 20th century music lovers to turn their records and play the flipside. Where would we have been without the B-side? Well, without Gloria Gaynor’s I Will Survive, Rod Stewart’s Maggie Mae and Queen’s We Will Rock You, just for starters! The CD-generations don't know the joy of flipping a record! 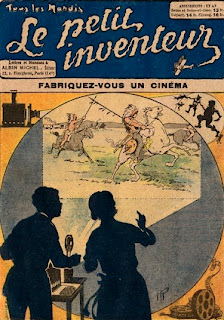 Ademor Petit (also known as Adam, Adamore and Napoleon Petit) was born in Fraserville, Témiscouata County, Quebec, on March 13, May, 1865, the son of Leon and Délia Bousquet Petit.
In the mid-1870s the family moved to Chicopee Falls, Hampden, Massachusetts. Délia died in 1877, at the age of 34, giving birth to a daughter. The next year Leon, who worked for Lamb Manufacturing, remarried (to Phebe Johnson), greatly extending the family. In 1880 the 14-year-old Ademor and his brother Albert, 15, were working in a cotton mill.
Ademor and Albert, looking for a way to escape from Chicopee Falls, soon caught the inventing bug. In 1887 Albert was granted a patent for a bicycle brace. By 1891, the brothers had moved to New York City, where Ademor applied for his typewriter patent. 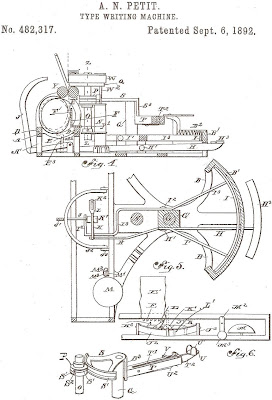 Typewriters were soon to be brushed aside from his life, however, as he embraced the work of Thomas Alva Edison (below, 1847-1931) and the possibilities for inventions which Edison was opening up. 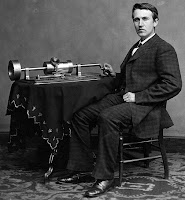 Ademor went to work for Edison and patented improvements in film projection, not just in the US but also in Britain and France. 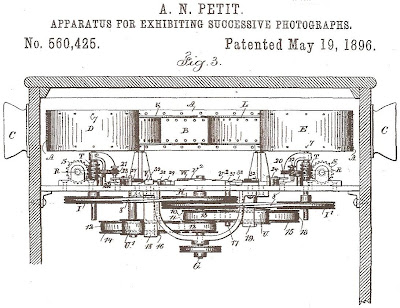 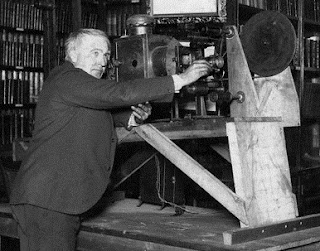 In 1898, using Edison’s name with the great man’s approval, Ademor organised the Edisonia Company of Newark, with brothers Albert and Arthur. They sold Edison-branded brown wax cylinders. Historian Allen Koenigsberg says some of the oldest record catalogues bear their name. 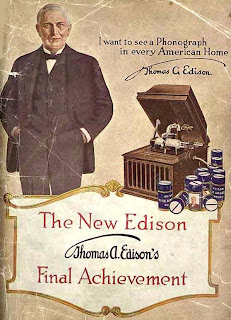 In January 1901, Ademor filed for a patent, half assigned to fellow Edison worker Frederick Marion Prescott (below, 1869-1923), for the two-sided record. 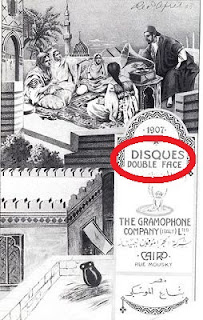 It was issued in the US in 1904, as well as throughout Europe. Ademor also made a deal with Fred Figner, the largest phonograph dealer in Rio de Janeiro, which led to the first regular two-sided disc records being put on sale anywhere.

Figner (above, 1866-1947) was a Czech-born emigrant who travelled from the US to Belém in Brazil in 1891 to exhibit the phonograph. 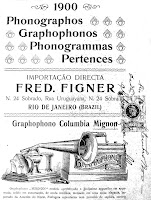 In 1900 Figner settled in Rio de Janeiro, where in 1902 he established Casa Edison, the first commercial recording company in Brazil. 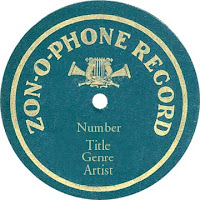 Meanwhile, Prescott moved to England and used it as a base to extend the operations of US company Zonophone to Berlin (1901), Brussels and Milan (1902) and Paris (1903). The first shipment of 729 double-sided records, made in Berlin, went to Figner in 1902. In turn Brazilian recordings were shipped back to Berlin. 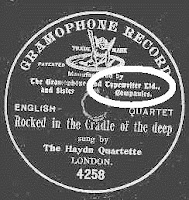 Ademor Petit joined Prescott in England in 1902. Faced by the growing challenge from Petit and Prescott, The Gramophone and Typewriter Company, the parent organisation for His Master's Voice, took control of Zonophone through its German affiliate Deutsche Grammophon, AG Berlin. 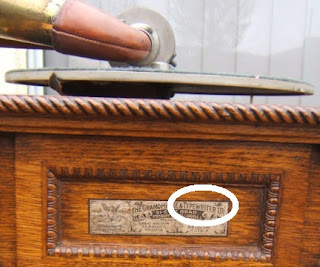 The Gramophone and Typewriter Company was founded by William Barry Owen (above) and Trevor Williams (below) in 1897 as the British partner of Emile Berliner's United States Gramophone Company (1902). 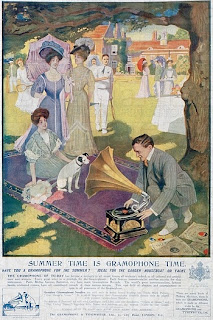 In December 1900, Owen gained the manufacturing rights for the Lambert typewriter (below), thus the name Gramophone and Typewriter Ltd. 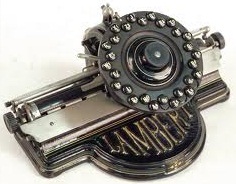 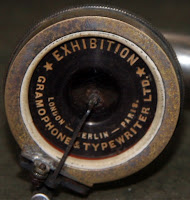 In 1931 this company became EMI, although Pink Floyd’s 1973 The Dark Side of the Moon was copyrighted to the same Gramophone and Typewriter Company. 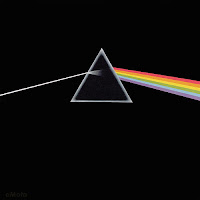 Petit returned to the US in 1905 and set up a phonograph shop in Baltimore, where until 1910 he was an “experimenter of machinery” while his wife Flora sold phonographs and daughter Aurora earned a living as an artist.
The New York Herald described Petit, at the time of his death, as an inventor and “formerly a special investigator for Thomas A. Edison”. Petit had moved back to West Orange in 1910, and there resumed close ties with Edison.

Another French speaker, indeed a Frenchman - Theophile Ernest Enjalbert, of Paris - was issued with a US patent for a typewriter on this day in 1887.

Just as Petit was to gain more lasting fame from his double-sided records, so too was Enjalbert to became famous for something other than a typewriter.
It Enjalbert’s case, he was the man who came up with the idea and then made Albert Posso’s pistol camera. Fourteen of these were manufactured in 1882, and only six survive. One was sold at Christie's in London on August 31, 1995, for £50,000.
The lot included a file of documents, with a letter Posso wrote to Enjalbert's wife in 1914, long after he had left Enjalbert’s company to set up his own business. Posso was awarded a bronze medal at the 1900 International Exhibition in Paris for his invention of the photographic slide.
Posso (1854-1932) had returned to France in 1877 after serving in the German military as a senior gunsmith, and took on a job at Enjalbert’s photographic firm in Paris. 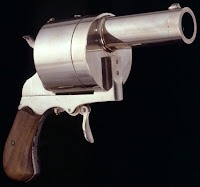 His nickel—plated pistol camera, based on a decommissioned six-shot revolver, was one of the first handheld cameras ever made. The cylinder contains a magazine mechanism for 10 plates, each about 16 x 16mm. 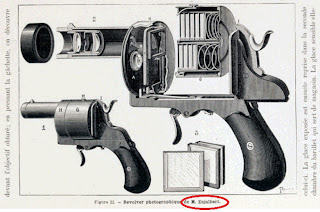 Enjalbert also invented automatic photography in 1889.
As for his typewriter, Enjalbert had already patented it in France, Belgium, Germany and England in 1885, before applying for his US patent the following year. 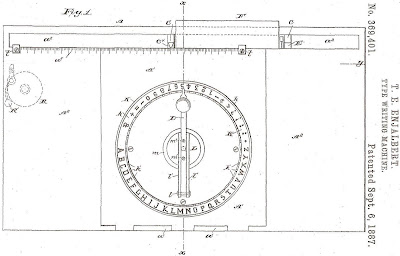 The Enjalbert typewriter had two ink rollers each side of a large changeable typewheel. It seems to have operated very much like a Simplex index typewriter, with a platen under the dial - except over a much larger base. 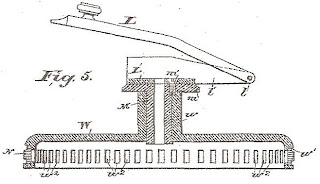 Like so many others, Enjalbert was seeking a machine that was ”simple in construction, easy of manipulation, and capable of doing all the work now done on the complicated machines of this class now in use”. 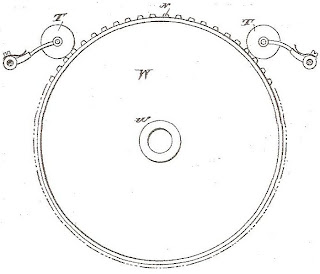 He added, “The invention has for its further object to provide means whereby the letters and characters may be readily changed from one style to another, or from those used in one language to those used in another.”