On This Day in Typewriter History (CXI) 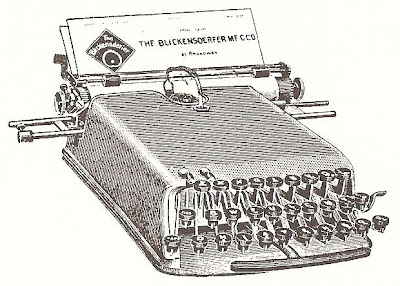 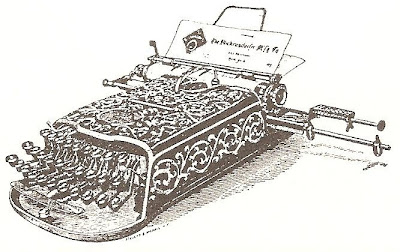 That George Canfield Blickensderfer was working almost simultaneously on at least two, if not three different Blickensderfer typewriter models in the two years from the summer of 1889, is evidenced by the two patents which were issued to him on this day in 1891. 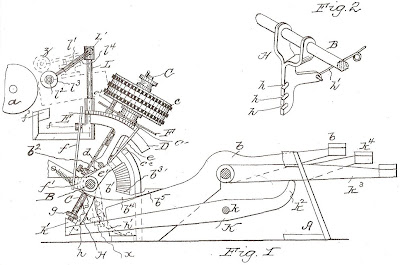 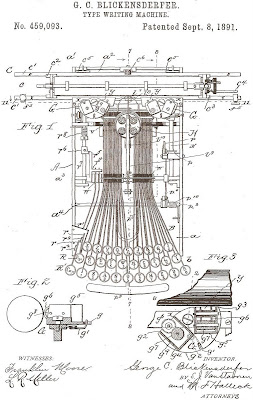 These two patents came a little more than a month after two others had been granted to Blickensderfer. 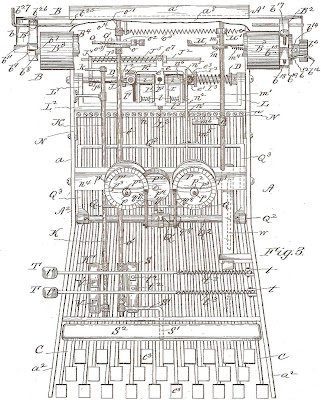 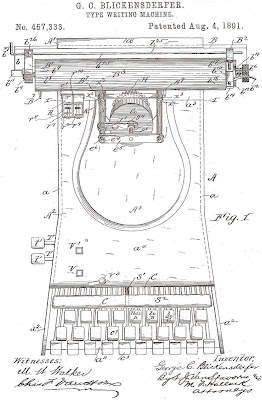 While, in each case, it is difficult to know whether the designs were intended for the much-vaunted Blick 1 or the Blick 3, or perhaps for both, it subsequently became apparent that Blickensderfer was also working on a portable during this same period. 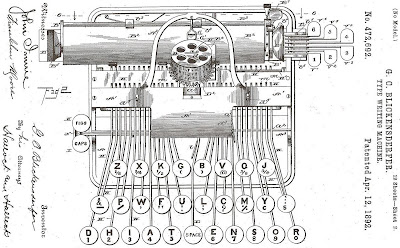 By April 1892, the machine that was to become the Blick 5 a year later had fully emerged.
Paul Robert and Robert Blickensderfer wrote in The Five-Pound Secretary: An Illustrated History of the Blickensderfer Typewriter (2003) that the patents of August-September 1891 represented "the typewriter which would lead to [Blickensderfer's] commercial breakthrough."
They called the Blickensderfer typewriter taking shape at that time "a mechanical marvel that took typewriter engineering to new heights." The Blick 1 was to be a "machine of mythical proportions". 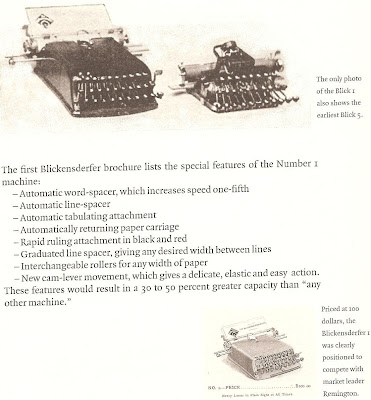 The Five-Pound Secretary: An Illustrated History of the Blickensderfer Typewriter
Published by The Virtual Typewriter Museum (2003)

While that may well have been so, it was the portable Blick 5 which, at the World's Fair in Chicago in 1893, so completely overshadowed  the Blick 1 in terms of advance orders, the Blick 1 never went into full production. What's more, there does not appear to have even been a prototype of the Blick 3 made.
Posted by Robert Messenger at 15:24

Ah, the Blick 1, the Blick 3 ..... it's a collector's dream to unearth one of those prototypes someday. Maybe!