The Empire Aristocrat Portable Typewriter and A Taste of Honey 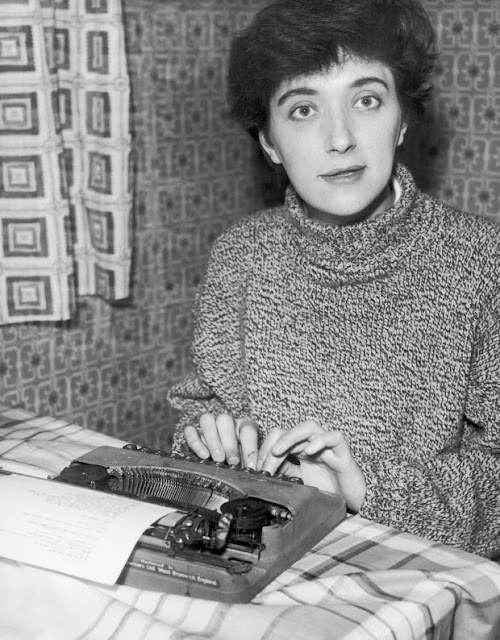 Two of my all-time favourite movies are Charlie Bubbles (1967, Albert Finney and a young Liza Minnelli) and A Taste of Honey (1961, Rita Tushingham). It turns both screenplays were written by Shelagh Delaney, who I was saddened to hear died last November, aged 72. 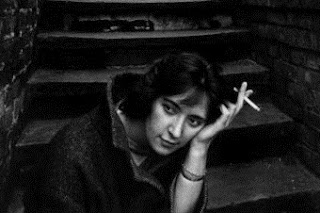 Delaney was just 18 when in early 1958 she sent a bulky package addressed to visionary British director Joan Littlewood at the Theatre Workshop, Inside was A Taste of Honey, a play written in 10 days by Delaney in her mother’s kitchen, on a small Empire Aristocrat portable typewriter. It  very literally gave the genre "kitchen sink reality" a name.

Delaney, from Salford outside Manchester in the North of England, had told the story of Jo, a teenage girl abandoned by both her slatternly mother and her drunken lover, a gentle black sailor who leaves her pregnant when he returns to sea and a gay man who cares for her and provides the only true solace she’s ever known. 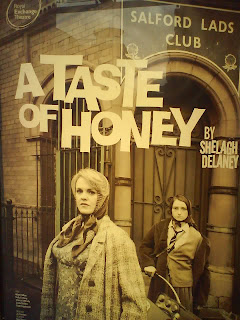 Littlewood declared Delaney “the antithesis of London’s Angry Young Men. She knows what she is angry about.” The director decided to stage the young woman’s play.
Delaney knew exactly what to be angry about because she was walking the talk. She was working-class to the boot straps. Delaney, who had started smoking at age six and survived on a diet of sausages, cabbage, beetroot and weak tea, had failed school exams four times before moving to more academic success at a grammar school.
Still without qualifications, she worked as an usher at the Manchester Opera House and there saw her first play, Terence Rattigan’s Variation on a Theme, on a pre-West End tour, Delaney instantly decided, “I can do better than that.” Rattigan’s play had dealt with its themes of homosexuality, promiscuity and bisexuality in a “genteel” and “insensitive” way.
So Delaney sat down at her Empire Aristocrat - built not all that far away from Salford, in West Bromwich, outside Birmingham - and did precisely what she said she would. She did better. 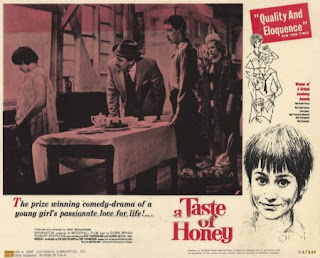 Yet critics panned Delaney’s play as more “exercise books and marmalade” than honey, and as having “similarities to real drama [which] are quite accidental”. One reviewer wrote, “If there is anything worse than an Angry Young Man it’s an Angry Young Woman.” Other misguided critics found it unbelievable and “about as convincing as some dream fantasy watched through a distorting mirror”. The young author knew “as much about adult behaviour as she does about elephants”. Delaney was offered a reading list: Shaw, Ibsen, O’Casey, Anouilh and Williams. 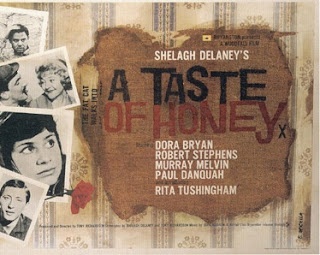 Kenneth Tynan, however, knew better, and heartily praised the play. “Miss Delaney brings real people on to her stage, joking and flaring and scuffling and eventually, out of the zest for life she gives them, surviving … [She] is too busy recording the wonder of life as she lives it. There is plenty of time for her to worry over words like ‘form’, which mean something, and concepts like ‘vulgarity’ which don’t ... She is 19-years-old and a portent.” 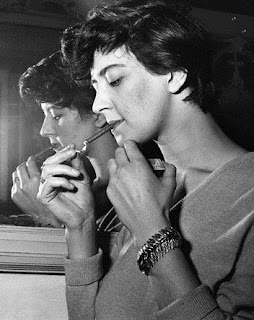 How right Tynan was. The play, launched in May 1958, reached the West End the next January (368 performances), went on a British tour and ran for 300 performances on Broadway in 1960, starring Angela Lansbury and Joan Plowright (who won a Tony Award for playing Jo). John Osborne, the original Angry Young Man, bought the film rights for a sizeable £20,000; the movie was an huge success. The play was revived on Broadway in 1981 with Amanda Plummer as Jo. 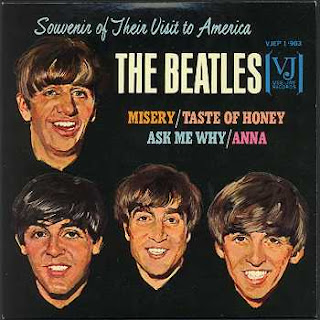 The song A Taste of Honey was written by Bobby Scott and Ric Marlow as an instrumental for the Broadway version of the play. Both the original and a cover by Herb Alpert in 1965 won Grammy awards. A vocal version, with lyrics by Lee Morris,  became popular when it was recorded by The Beatles in 1963. 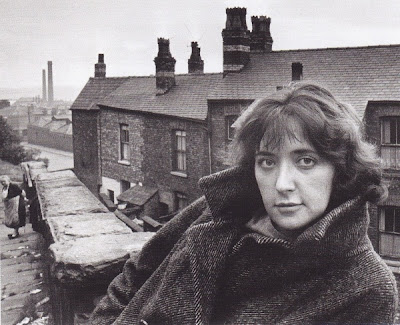 Delaney said she was simply recording life as she saw it in the teeming urban environment in which she grew up. “For a writer, a place like Salford is worth its weight in gold, I think it’s a fabulous place, and the language is alive. It’s virile. It lives and it breathes and you know exactly where it’s coming from, right out of the earth … The North Country people usually are shown as gormless and not as they are. For in actual fact they are very alive and cynical. I write as people talk.” 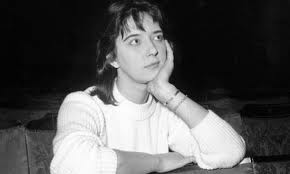 Posted by Robert Messenger at 14:58

Great story, Robert, and a great play. Unfortunately, typed on one of the worst type writers--the Empire Aristocrat. The keys are about as responsive as stone. I know, I have one. A fitting type writer for the end of the Empire ... unfortunately.

Very interesting. But why is she typing on a baby/Aristocrat without ribbon cover? I've also seen writers with Letteras who'd taken away the ribbon cover - any practical purpose? Faster ribbon change? But how often do they have to change the ribbon?

Not typewriter related, but because your post I watched "A Taste of Honey" and I really love that movie. Thank you for mentioning it!

Love this! Was just researching the Empire Aristocrat. Thanks you!!!

Typewriters...6 years later and the thread goes on! These seem pretty uncommon. I just picked one up, it just says "Empire" on the front and "Smith Corona" on top, not seeing anything like it on TWDB, but with SN S2/387027 it seems to be an Aristocrat. Anyway, this machine is just gorgeous, all metal and baby blue gloss paint, nice lines, and gull wings. The sheet metal is admittedly thin on the wings, but only noticeable when you move them. Without any cleaning or lubrication yet, I can type super fast on it, despite complaints voiced above mine is not terrible at all. A bit loud and tinny, time for cleaning and replacing some rubber to quiet things down, but this is a cool typewriter. Just wish it had come with the case lid.