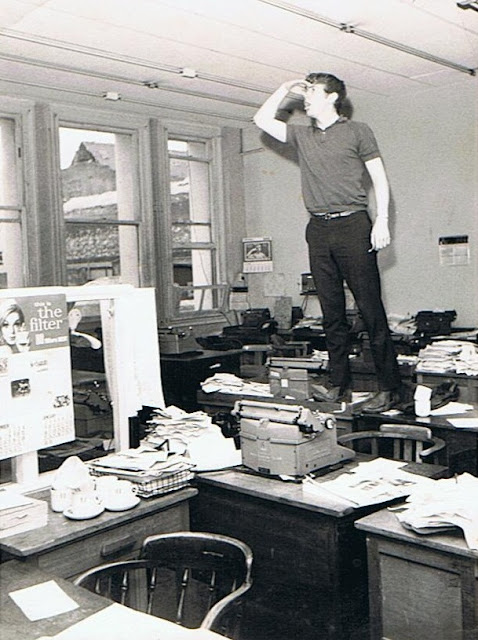 A New Zealand Journalists' Association Facebook page last week started a run of reminiscences by posting this undated photo (early 70s, perhaps?). Here is an edited extract from some of the 43 comments that followed:
Paul Corrigan: Paper-cluttered desks, coffee cups with cigarette butts in the saucers, Imperial typewriters, and the wonderful old chairs with the armrests. Oh, the nostalgia ...
David Burke-Kennedy: Young reporters could actually spell and create a grammatically correct sentence then too ...
Glenn Watson: Look at that bloody Imperial!
Glenn Watson: But look at that pre-geek Imperial, Jim
Jim Kayes: Yes Glenn, clunky typewriters. Boy those were the days. Sorry, but I'll take an Ipad over an Imperial every day of the week.
Jamie Adams: David might be referring to the fact that in this age of Twitter, bad spelling and grammar aren't necessarily mistakes any more.
Glenn Watson: Well, yes...those bloody ribbons were a curse
Kezza Hebberley: Call me old-fashioned, but I still really miss coming out of the subs' room into the reporters' space and hearing all those typewriter bells ringing. I also miss the Linotype machines and even the lead-making process. I used to enjoy making sinkers and paperweights. Ah, those were the days. :D
Gavin Ellis: Ah  ... the bells, the bells! I'd forgotten that reassuring ding as the carriage return lanced across the old Imperial 66.
Paul Corrigan: Lanced or lunged? Imperials terrified me, really. I much preferred my very sturdy Hermes 3000.
Gavin Ellis: My travelling companion was a Hermes Baby.
Paul Corrigan: Oh, Baby...
Kezza Hebberley: I think some of our reporters had Olympia typewriters, or some such name.
How soon we forget ... 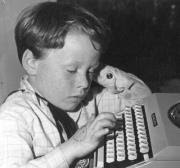 Posted by Robert Messenger at 11:39

iPads are wonderful in their ways, but in a writing speed contest with an Imperial they would lose, I bet, autocorrect or not!