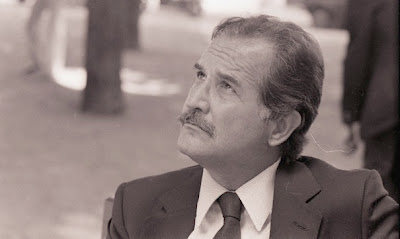 In a Tanner Lecture on Human Values at the University of Utah in early May 1983, the late Mexican novelist and essayist Carlos Fuentes said, “Sloth is sin, and if I do not sit at my typewriter every day at 8am for a working day of seven to eight hours, I will surely go to hell.”
Fuentes knew the hell of writing in this world. In a remembrance of Fuentes by Rigioberto González, González recalled being ushered away after overplaying his hand at a 1988 book signing. "'Yo soy de Michoacán. Yo también voy a ser escritor.’ [I'm from Michoacán. I'm going to be a writer too.] He humoured me and answered, ‘Pues, suerte, muchacho. Nada más cuídate los dedos.’ [Well, good luck, boy. Just take care of your fingers.].
“He raised his hands up to show me and I was stunned: he had crooked index fingers. Many years later, I would read how he continued to write on a typewriter, using only those two digits. Another lesson I would come to learn about being a writer: its physical toll.” 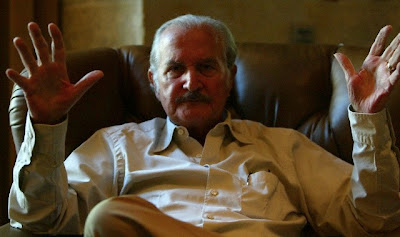 In a feature story of Fuentes in the Los Angeles Times in April 1992, the newspaper reported, “When Fuentes is writing fiction, he works from 8 until 1 every day, including weekends, then reads. He writes in longhand on yellow pads, then edits as he transcribes his work on a favourite manual typewriter, producing six or seven typed pages a day. He gives them to Cecilia, his 29-year-old-daughter from his first marriage, to actress Rita Mazedo. Cecilia types them into a personal computer, then returns the work to her father, who revises. She retypes until it's right.” 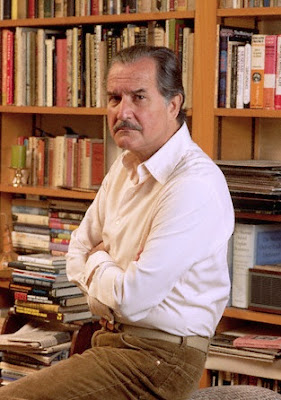 Fuentes died in a hospital in Mexico City on Tuesday. He was 83. AP reported: He was Mexico’s most celebrated novelist and played a dominant role in Latin America’s literary boom by portraying a nation that had missed out on its revolution’s ideals. He wrote his first novel, Where the Air is Clear, at age 29, and his last piece was an essay in the newspaper Reforma on the day he died.
His generation of writers included Colombia’s Gabriel Garcia Marquez and Peru’s Mario Vargas Llosa, and they drew global attention to Latin American culture during a period when strongmen ruled much of the region. His death was lamented across Mexico, including by President Felipe Calderon. 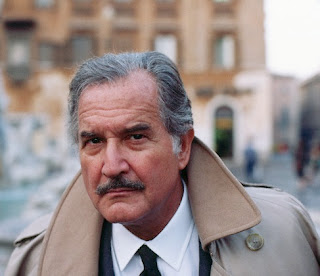 In an interview some years ago, Fuentes recalled, “As a student in Mexico City, I got up at 6, took a collective taxi to the law school, where I had classes from 8 to 11, went to work at the Foreign Ministry till after 3, came home, had a light lunch, banged the typewriter till 7 or 8 in the evening to get the novel done, and then — I was a young man — would go out with girls, would go to bars and mambo clubs, and come home rather late, thinking that next day I could do it all again.” 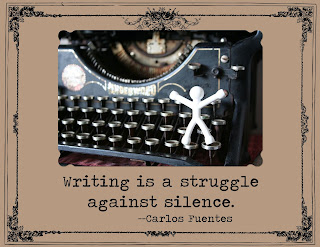 Typewriters also played a part in Fuentes’s narrative. Of his 2008 work Destiny and Desire, a New York Times reviewer wrote, “And then there are the so-called evangelists, the scribes who sit near the church of Santo Domingo, and write letters for those who cannot write their own: ‘Men and women sitting on low wooden chairs in front of old Remington typewriters, listening to the dictation of illiterate men and women who wanted to send to a distant village, to families in the countryside, the mountains, the provinces, their regrets, their words of love and sometimes of hate.’” 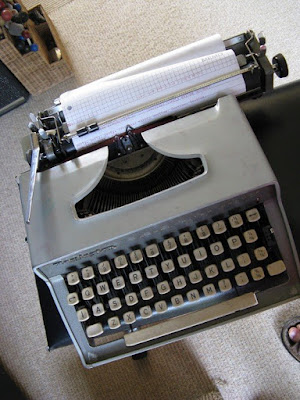 Posted by Robert Messenger at 23:11

Very nice entry. Do we know what model this handsome writer's typewriter was?

Thanks Richard. Sadly, my extensive researches didn't throw a model (or an image of him at a typewriter, for that matter). But I kept thinking Remington, for some reason - maybe because of the reference in his 2008 novel.

Very nicely done. I learned about someone new. You do a great job at making all your posts interesting.