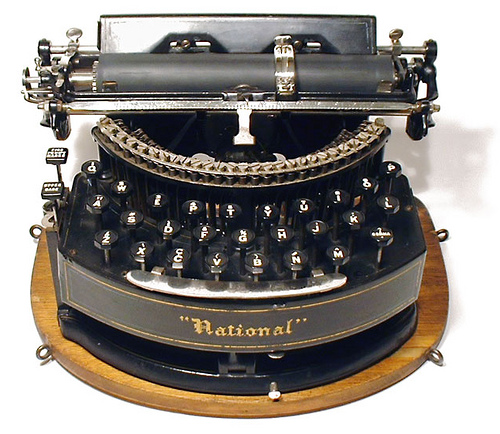 The Martin Howard Collection
A few months ago I acquired a Royal Standard 1 typewriter and tucked inside the package was a brochure for the National typewriter. 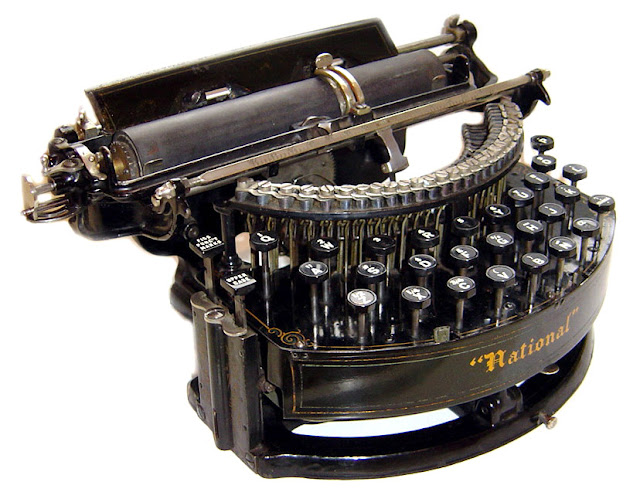 I have since passed the brochure on to Richard Polt in Cincinnati, as he has a National, which can be seen here.
But before doing so, I scanned in the brochure. Here it is: 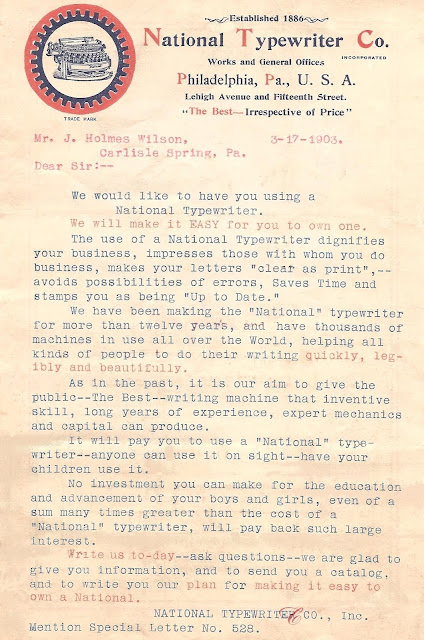 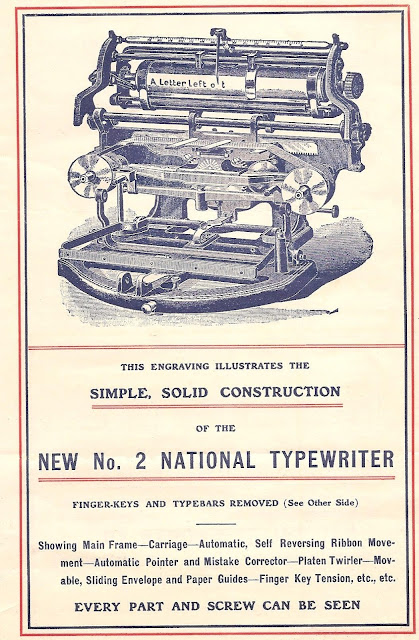 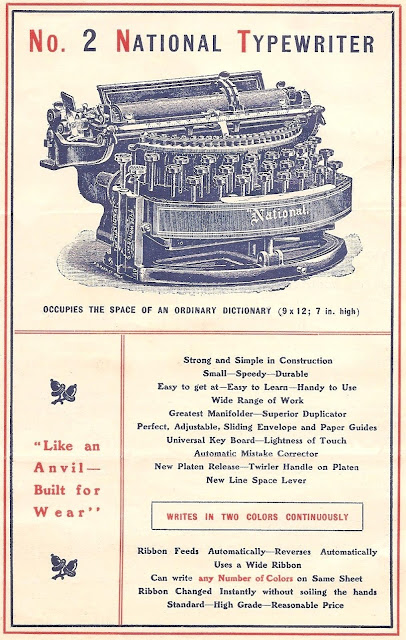 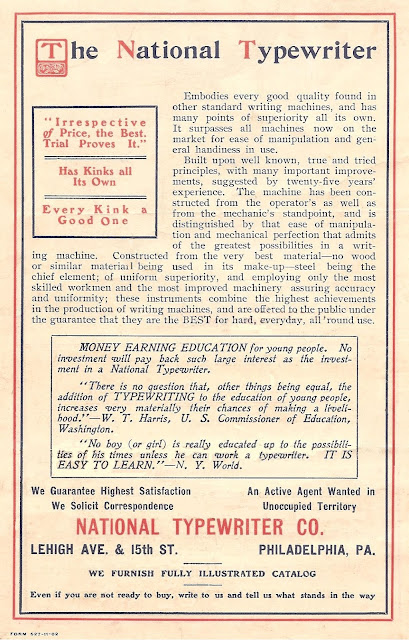 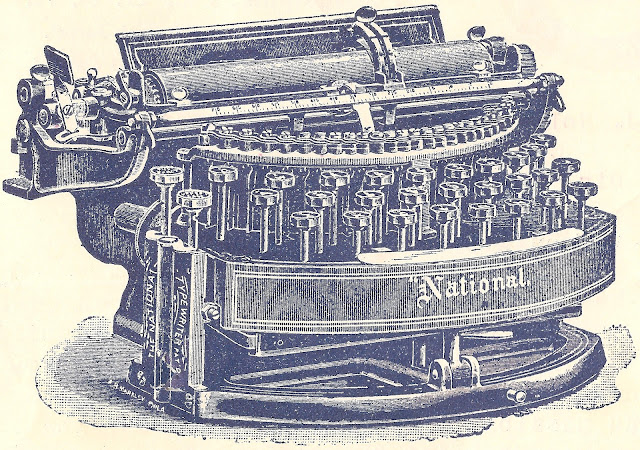 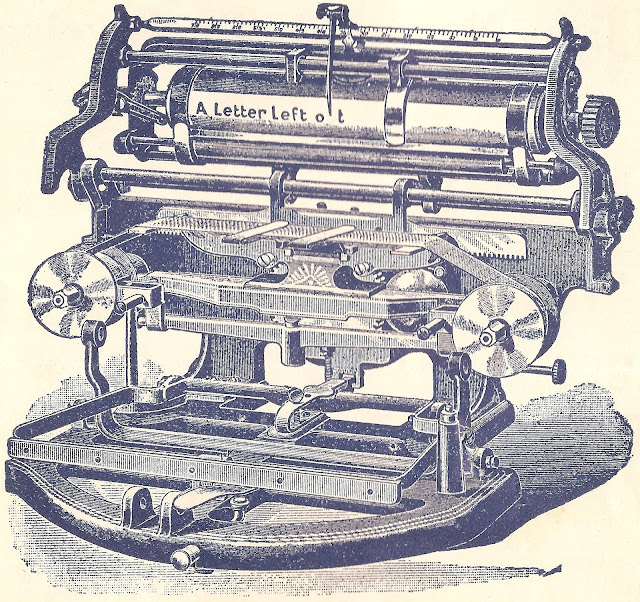 The National, designed in 1885 by Franz Xaver Wagner for Henry Harmon Unz and Stephen Terhune Smith Snr, was first produced by the National Typewriter Company of Philadelphia (established 1886) in 1889, after modifications from Unz. 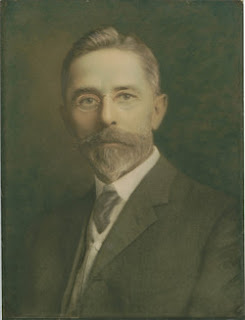 Stephen Terhune Smith Snr
Paul Robert at the Virtual Typewriter Museum comments, “One of the most remarkable aspects of the National typewriter is the compactness of its design. The machine looks as if one should be able to store it in a corner of a desk, right behind the family portrait. Being so compact, it would have been extremely difficult to repair any broken parts, had not the inventor … produced the machine in such a way that the entire keyboard and type basket can be removed from the machine …
“The National is an upstrike typewriter with a double shift. The shift in fact moves the entire keyboard and type basket forward, while the carriage stays in place … ”
My post looking at the Wagner-Unz-Smith connection is here. 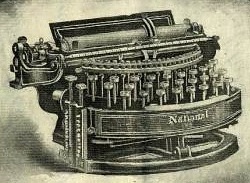 Posted by Robert Messenger at 09:31

That is one very nice and interesting typewriter. It is great to have the brochure and in such good condition.

Thank you Bill and Richard. I hope Richard won't be too disappointed when it eventually does arrive by the Slow Boat to Cincinnati, as it's a wee bit tattier than it looks here, but it is 109 years old! Anyway, it's the least I could do ...