It Won't Be the Same Without the Big Fella: Not Even A Clockwork Vader 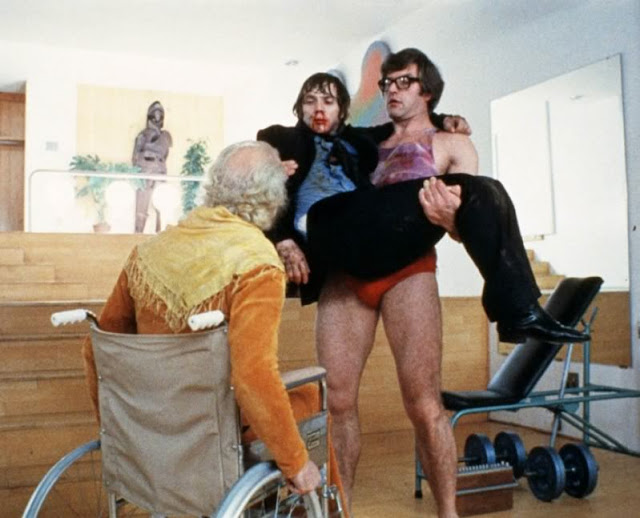 Is that a prototype of the Vader suit in the background? 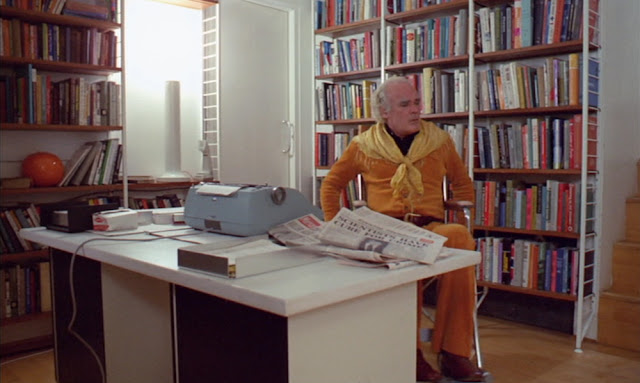 The latest Star Wars movie opens here today, but of course it won't be the same without the Big Guy, David Prowse as Darth Vader. David, now 80, has determined not to even go and watch it (in England). Nor will I (in Australia). David and Vader haven't appeared in Star Wars movies for a very long time, of course, and for me at least Star Wars = Darth Vader = David Prowse. And that's it. (The unmistakable Vader voice is that of James Earl Jones, who played Jack Johnson in The Great White Hope, and I miss that too). 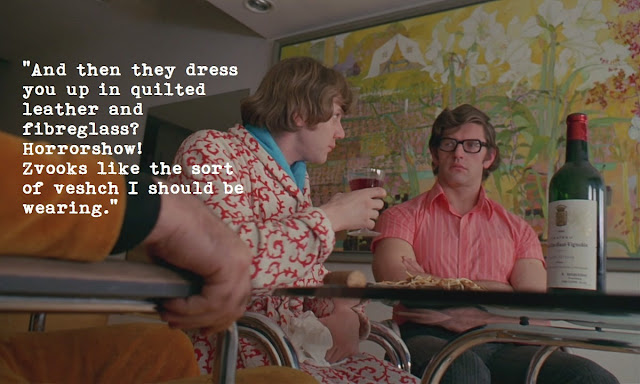 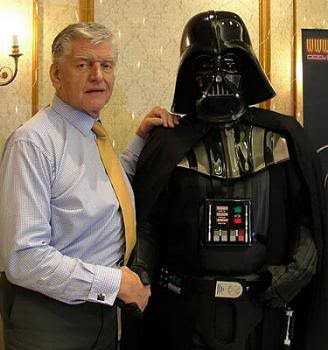 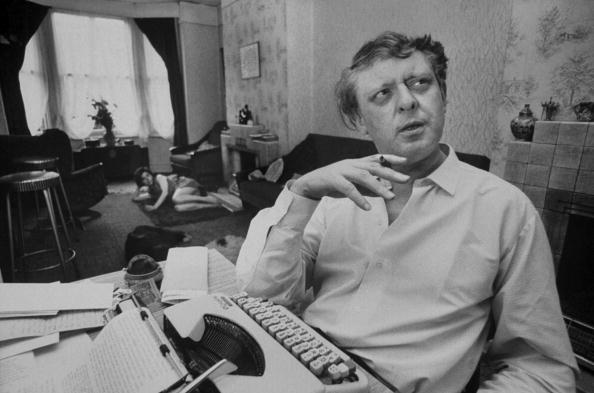 "A what? A Wookiee?" Anthony Burgess at his Olympia Splendid.
David Prowse was the actor who also played the bodyguard-bodybuilder Julian in the Stanley Kubrick movie of Anthony Burgess's dystopian novel A Clockwork Orange. It's David, in a rather silly purple paisley-style singlet and red budgie smugglers (what's worse, that or the Vader suit?), who carries a beaten-up Alex DeLarge (Malcolm McDowell) to a typewriting, wheelchair-bound Frank Alexander (Patrick Magee), who later begins to plot his revenge on the sociopath antihero. Before all this happens, Mr Alexander has switched from a red IBM Selectric to a pale blue one, possibly because of the damage done to his earlier typewriter by Alex's Droogs. 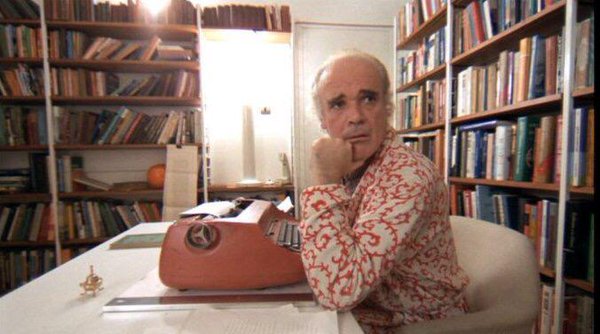 Alex, it seems, had slightly more respect for a red Olivetti Valentine portable. There's no accounting for the typewriter tastes of Droogs: 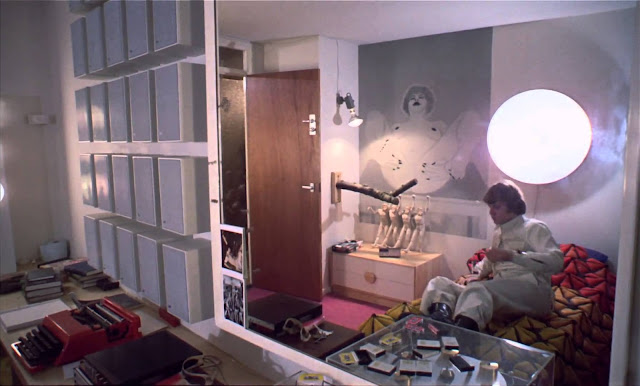 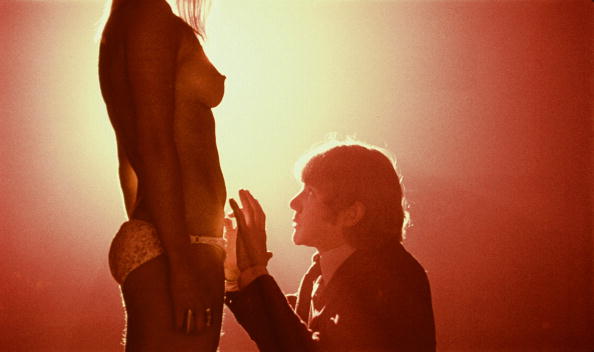 No, it's not a typewriter keyboard, Alex
David Prowse has a rather unusual claim to fame. Because he appeared in A Clockwork Orange and three episodes of Star Wars (IV, V, VI), he shares the honour, along with Charlton Heston, no less, of being in four of the movies ranked in the Top 100 ever made. Well, that's the Top 100 in the opinion of some. No Star Wars movie would ever make my Top 100, I can assure you, though the first one was a bit of fun. 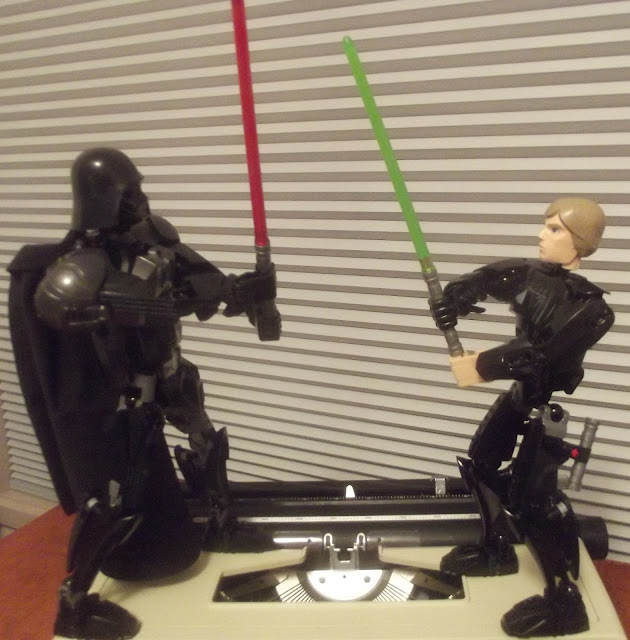 "We've landed on the Adler Contessa. The Eagle is mine"
The 6ft 7in tall, 280lb Prowse (as he was back in his movie making heyday) was initially offered by writer-director George Lucas the role of either Vader or Chewbacca the Wookiee. One suspects that if he'd known what it would be like being filmed during a scorching hot English summer wearing the quilted leather and fibreglass Vader suit (the helmet had to be filled with foam so it would turn with Prowse's head), he might have chosen Chewy.
Prowse, by the way, was a Jonah Lomu-like rampaging, try-scoring winger for the Bristol Grammar School rugby team back in 1947-50. He competed at both the world weightlifting championships in Budapest (for Britain) and the British Empire and Commonwealth Games in Perth, Western Australia (for England)  in 1962, but failed miserably in both events. 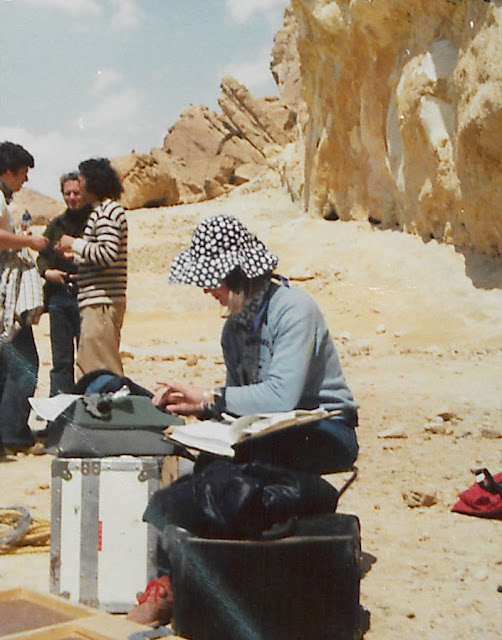 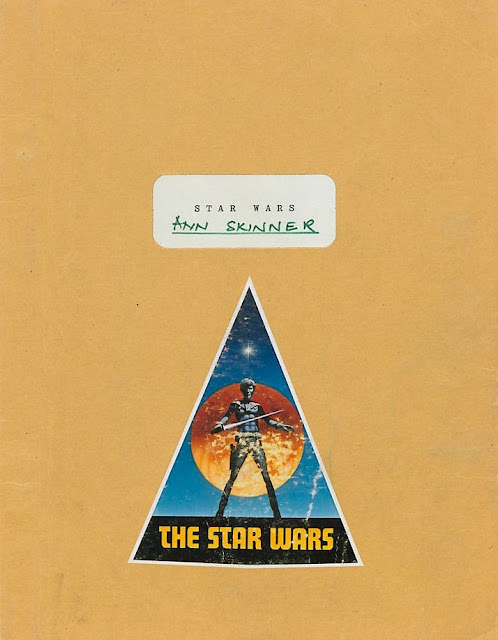 There's a guy out there on the net who can show you how to make a lightsabre hilt from a typewriter. 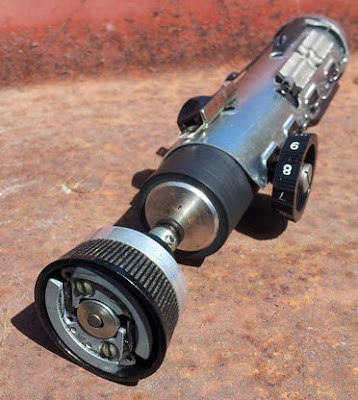 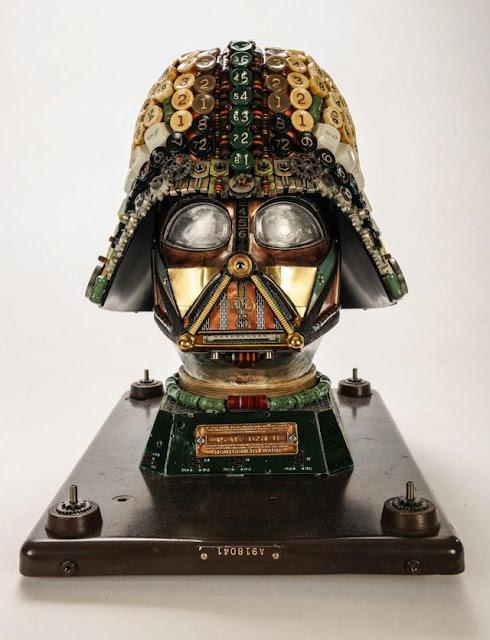 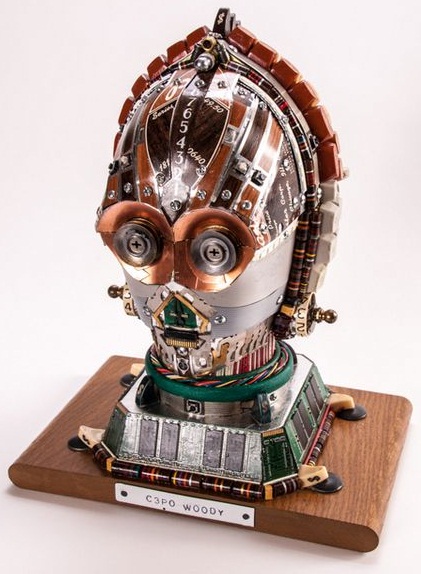 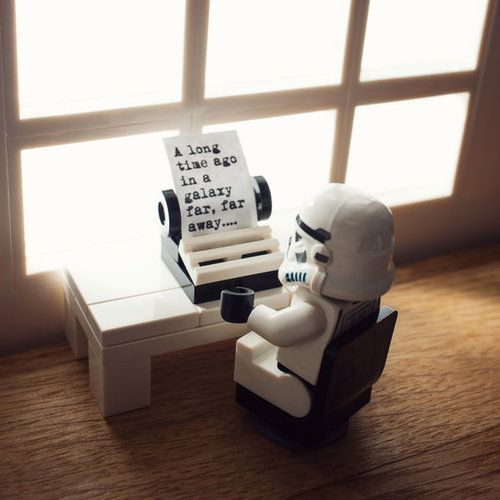 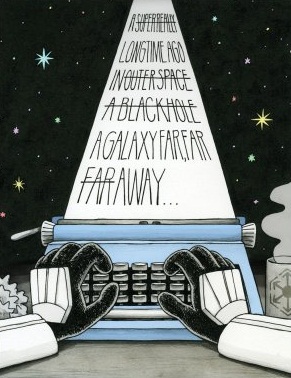 The Philosophy Teacher ought to enjoy this post (he's a Kubrick fan).

I haven't seen any of the Star Wars movies and don't plan to. Anything Burgess or Kubrick-related is a different matter though.
I would have taken Alex as an Adler man. And once again a Lettera 32 shows its worth - great pic. :)

I doubt I'll go pay to see it. Reminds me of the new Star Trek. Us old guy Trekkies who grew up with the original never like the new corrupted versions. I feel the same with Star Wars. It still seems like yesterday when I took my wife to be on a date to see the original.

Very Apropos post Robert.
"No, it's not a typewriter keyboard, Alex" - great caption haha - that was temptation alright. I remember when i showed Clockwork to my friends back in high school - they were totally in disbelief when i told them Julian is Darth Vader. My favorite film of all times.

And regarding Star Wars - are you guys nuts?
Wish i could see it tonight but i've got tickets to the 9:30 AM showing tomorrow.
The new cast takes some getting used to, but i've warmed up to them, watching them on the various late night and early morning shows. We'll get to see nearly all the original cast though - too bad Prowse wasn't included. Even if he cameoed as a wookie or big ass storm trooper.