What to Get Dad for Christmas 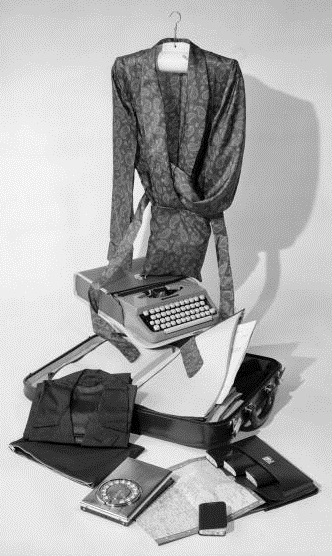 This photograph was taken by John Chaloner Woods for the British version of Good Housekeeping magazine for its Christmas 1963 edition. It was captioned "Suggested Christmas presents for a working man - a typewriter, a paisley dressing gown or perhaps a slim suitcase."
The portable typewriter in the stylish front-clip case is, surprisingly, an early Japanese-made Nippo Rexina, very much like the Clipper owned by Typospherian Mark Petersen. 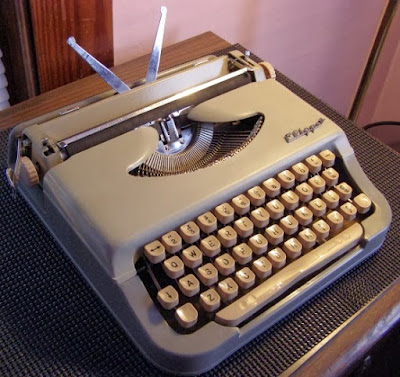 Also in the mix is a then-fashionable address-contact book with a rotary telephone dial. These can still be bought. Indeed, they'd be an awful lot easier to find than such an early Nippo typewriter. 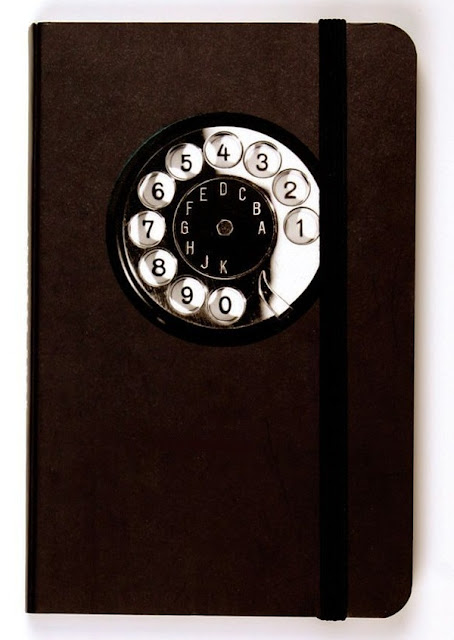 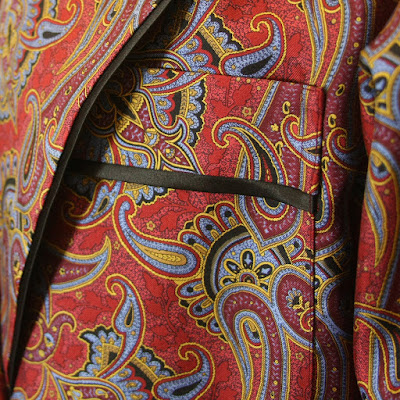 The Chaloner Woods Studio specialised in lifestyle and fashion feature spreads for British magazines, for more than five decades from 1930 until 1986. While women's fashion shots dominate its vast portfolio, images of everyday English life are usually fascinating and remain of considerable historical value. Woods, born in Acton, Middlesex, on May 14, 1903, died in Fulham, London, in April 1986. A travelling salesman, he switched from selling sweets to shopkeepers to photographing sweets for advertising. Assisted by his wife Mary, a former fashion model and dress designer, Woods was soon receiving commissions from the biggest advertising companies in the country. The couple used clean, modernist lines to seduce the public into buying products as diverse as shoes and light bulbs to knitting patterns and lipsticks. However, fashion was their forte and seeing the potential of colour work for the exploding women’s magazine market, the husband and wife team soon set the tone for a now classic style of 1950s fashion photography for designers including Teddy Tingling and Elizabeth Arden and magazines such as Vanity Fair and Harper’s Bazaar. Here is a 1938 "selfie": 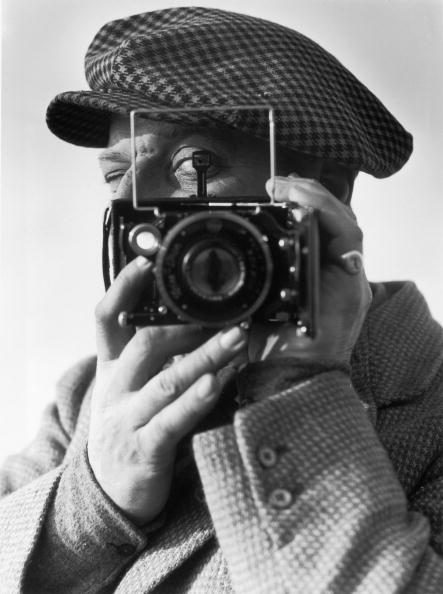 Chaloner Woods often liked to include typewriters in his set pieces: 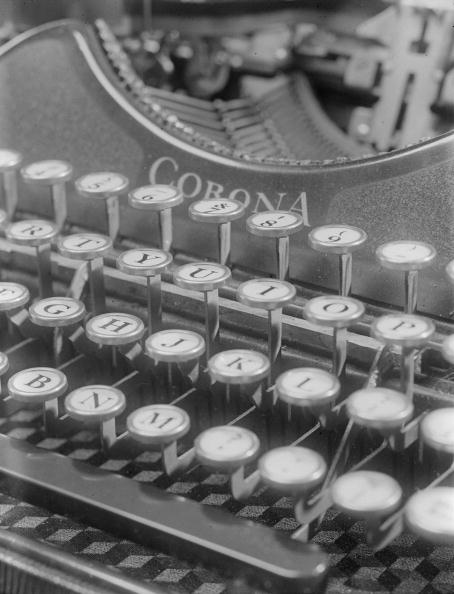 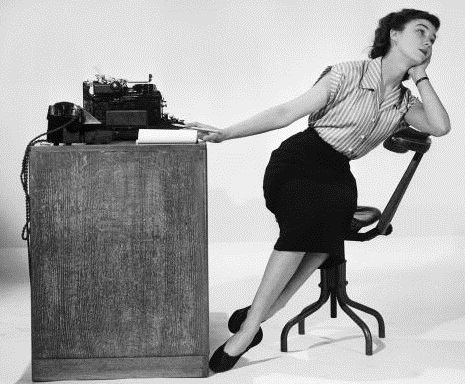 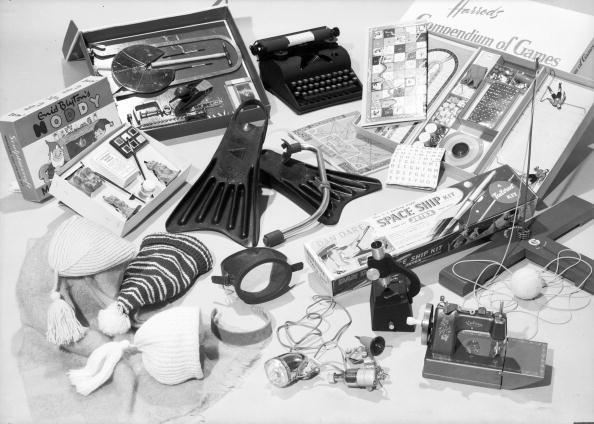 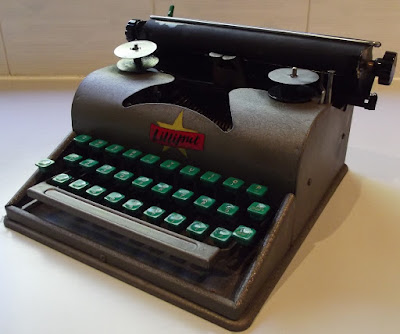 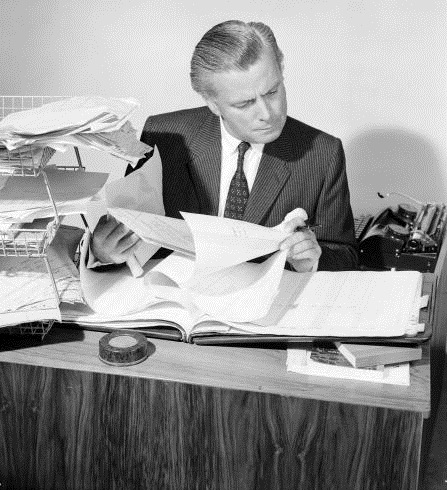 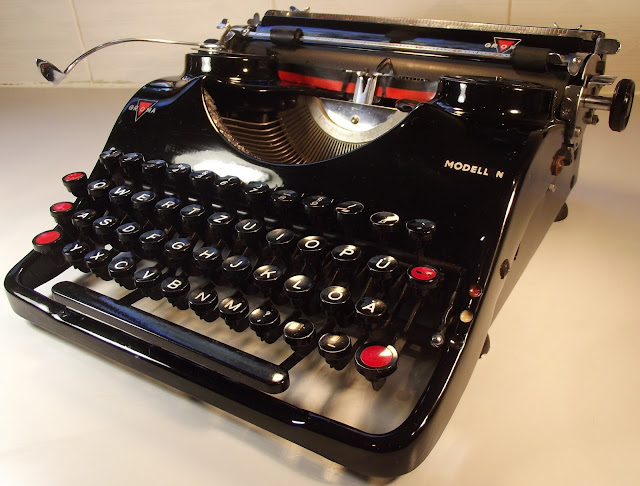 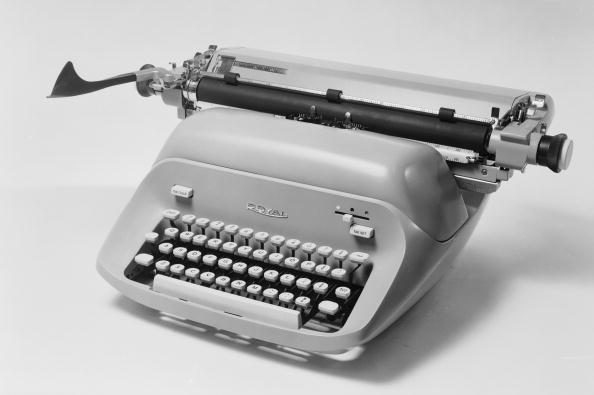 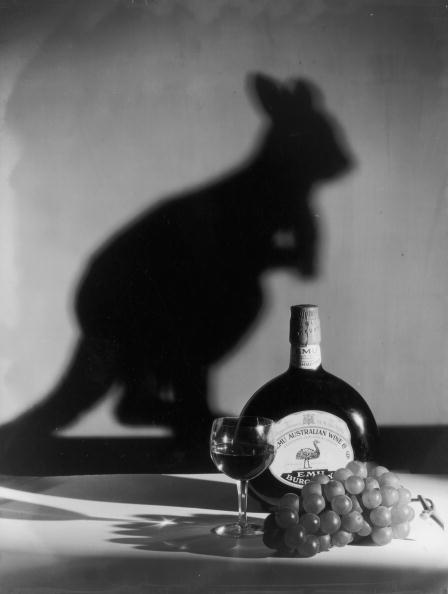 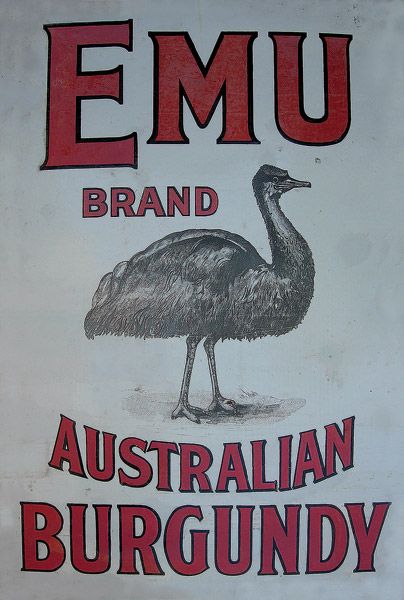 Posted by Robert Messenger at 11:12

Great gifts. Would like to find some of them today.