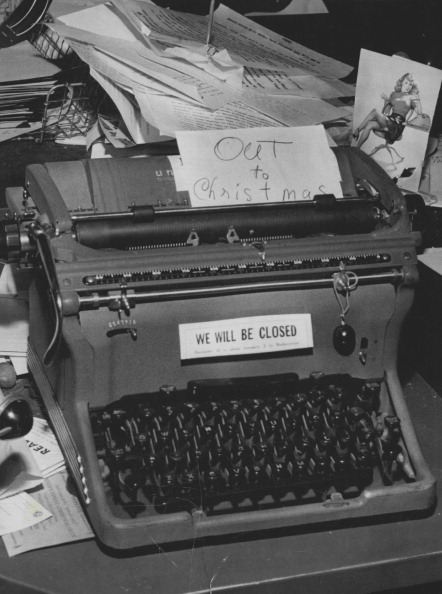 Legendary Denver Post journalist Robert Wesley "Red" Fenwick - the man behind the "Ridin' the Range" column and the 1977 rebirth of the "Hole in the Wall Gang" - left this "Out to Christmas" note on his Underwood standard typewriter at his Post post at Christmas 1951. "We Will Be Closed" he added. But just to cheer up colleagues who had to work through the Christmas break 64 years ago, Fenwick also left behind his favourite Gil Elvgren typewriter pinup girl, the one inspired by the famous Marilyn Monroe photo. 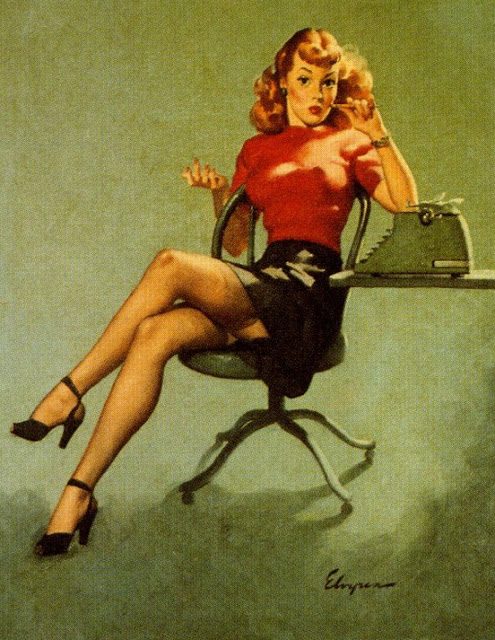 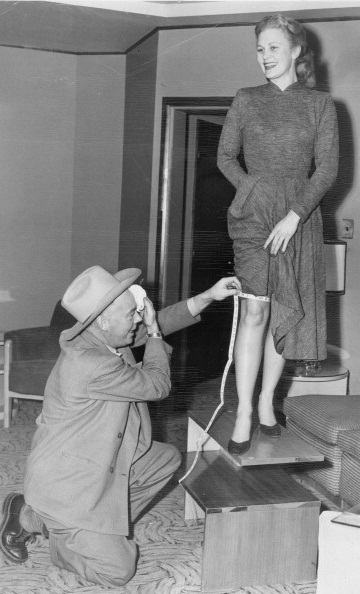 Christmas 1951 aside, Fenwick usually filled a large space in the Post office. He was a larger-than-life character. One of his many enduring claims is that he knew a woman who was Butch Cassidy's doctor. And, yes, you guessed it, Robert Leroy Parker didn't die, aged 42, on November 7, 1908, in a hailstorm of bullets from Captain Justo Concha's Abaroa Regiment at Bonifacio Casasola's boarding house at San Vicente in Bolivia. Apparently, about 40 years ago now, Fenwick told writer Ivan G. Goldman, then a reporter at the Post, that he was "acquainted with Cassidy's physician, a person of absolute integrity" who claimed she had continued to treat Cassidy for many years after he was supposedly killed. 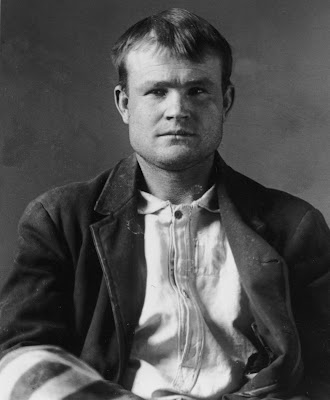 No raindrops on his head: Butch Cassidy
As "the champion supporter of the West's culture", Fenwick kept the Cassidy legend alive - even though he was born seven months after Cassidy allegedly died - and in, of all places, Howell, Evansville, Indiana - not his much cherished Wyoming. (This was a "whopping mistake of nature," according to Bill Myers in the Post in 1976). 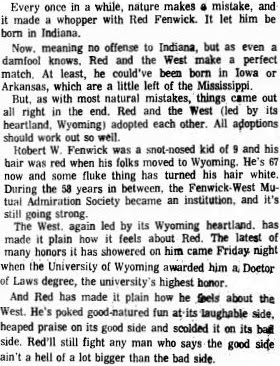 Fenwick was born the son of an Evansville telegraph operator on June 10, 1909. To water down the embarrassment, Fenwick later claimed he was born in Kentucky. Indeed, the family had moved to Madisonville by the time he was one, and then on to Brandenburg and finally Douglas, Wyoming. Fenwick died on beloved territory, in Depaul Hospital, Cheyenne, Wyoming, on November 4, 1982, aged 73. His obituary described him as "a friend of children, cowboys, Indians, rodeo, the US flag, hot-wire linemen, horses, dogs, yucca and everything American". 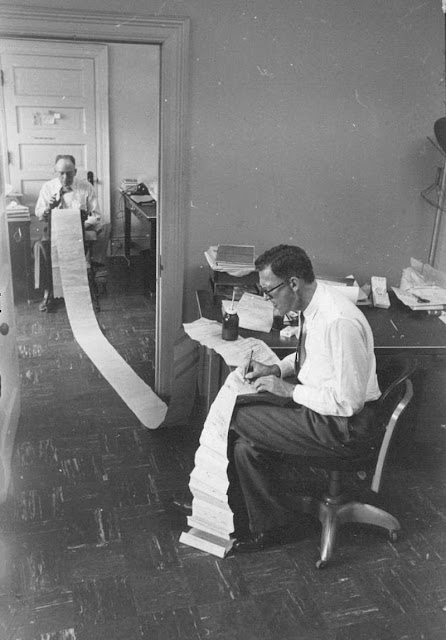 Long yarn: Red Fenwick bangs away at his Underwood while a sub-editor, foreground, tries to work through the corrections in the Denver Post office in the early 1960s. The sub's got a long way to go!
Until he retired in 1975, Fenwick roamed the Rocky Mountain Empire for the Post's Empire magazine and even in retirement continued to write his "Ridin' the Range" column - which in the end chalked up 40 years from 1942-82. Fenwick's love of the West led to some vivid yarns, rewarded by his 2006 posthumous induction into the Cheyenne Frontier Days Hall of Fame at the Old West Museum and, just before his death, the Old West Trail Foundation's Western Award for being "the champion supporter of the West's culture and heritage and for devoting his entire life to all aspects of recording the West". As well, in 2009 he was inducted into the Denver Press Club's Hall of Fame. 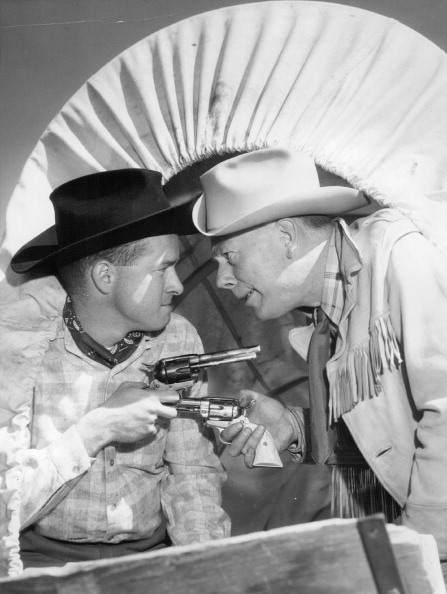 He was also the first winner of the Citizen of the West Award (1978) and was honoured by the Professional Rodeo Cowboys Association, the National High School and Collegiate Rodeo Association, the Colorado March of Dimes and with a Doctor of Law degree by the University of Wyoming. Fenwick often rambled on at length about the mythical jackalope, a "fearsome critter" that was a jackrabbit with antelope horns. Fenwick claimed this animal originated in his "hometown" of Douglas, and could imitate the human voice. He even took to interviewing parrots (11 months before going "out to Christmas"): 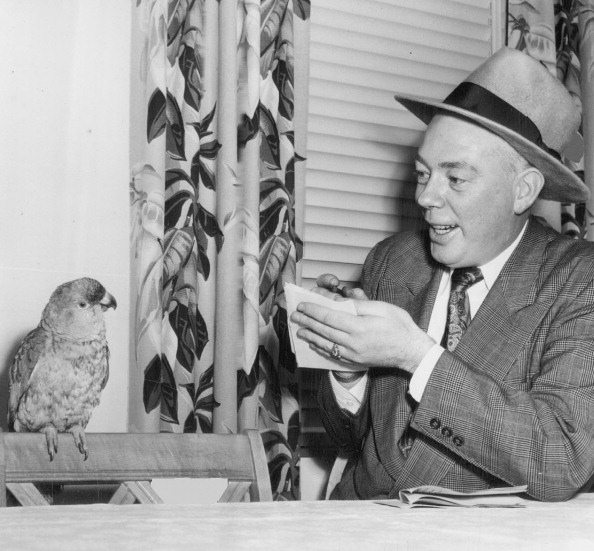 Two months after this chat, on March 26, 1950, Fenwick started an epic journey in his 1949 Lincoln with a borrowed pinto horse called G-Boy in tow, travelling to 13 states and presenting gold-plated, silver-mounted spurs to each state governor. One wonders whether his choice of the pinto might have been inspired by that famous Remington Model 2 portable typewriter poster. It was said that his "compassionate tales of life on the Indian reservations showed he was as steady at the typewriter as he was in the saddle". I'm sure Fenwick would have loved to try this out: 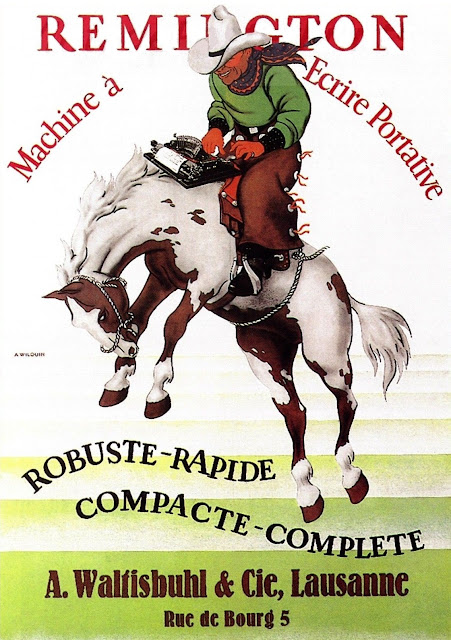 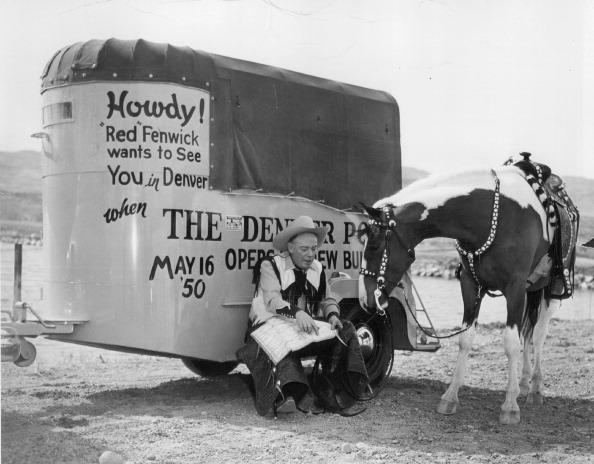 I love this letter written by Fenwick to a Dr Walter Ervin Reckling of Lusk, a town in Wyoming which considered changing its name to Rawhide (after the TV show) in 1962:
"So you Lusk characters are going to make your city go incognito? Or rather I should say, you're assuming an alias. It sounds like a good idea in one way, on the other hand I hate to see a community lose its identity.
"Take Truth or Consequences, New Mexico, for example. Of course, there was less sense to that change from Hot Springs than your proposed change has. The actual fact is that TOC, NM, is famous for its hot springs and as such has become a popular winter spa with the older folks.
"Your change, however, would seem to identify Lusk with something for which it is famous, too. So maybe the switch will be logical.
"One of our editorial writers called to ask me about the proposed name change the other day, and I understand you're going to be blessed with one of our lofty opinions on the subject - possibly already have. I haven't seen it because I don't always read the editorial page. I'm too damned busy trying to write things for the pages in Empire magazine.
"Have you ever thought how the change might affect some business enterprises? Will Jim Griffith go along with the Rawhide Herald - Rawhide National Bank? Think how beauty parlors will react? Rawhide Beauty Parlor? May be a more accurate description at that.
Have you considered Skin and Bones, Wyoming? And think what a tourist shop could do with that name for a slogan - Rawhide Tourist Novelties - Come on In. You Won't Be the First Tourist We Skinned.
"You go ahead, Doc, and change the name of your town. And by gad we'll change the name of Denver to Raw Deal, Colorado.
"Feelin' better, flag at about half mast but coming up. Look forward to a good summer. The dope is that tourist business will boom on account of World Fair in Seattle. Better get the name changed.
"Right cordially,
"Red Fenwick."
Also enjoyable reading is this April 1974 column about Fenwick from Billings, Montana, columnist Addison Bragg (1918-2009): 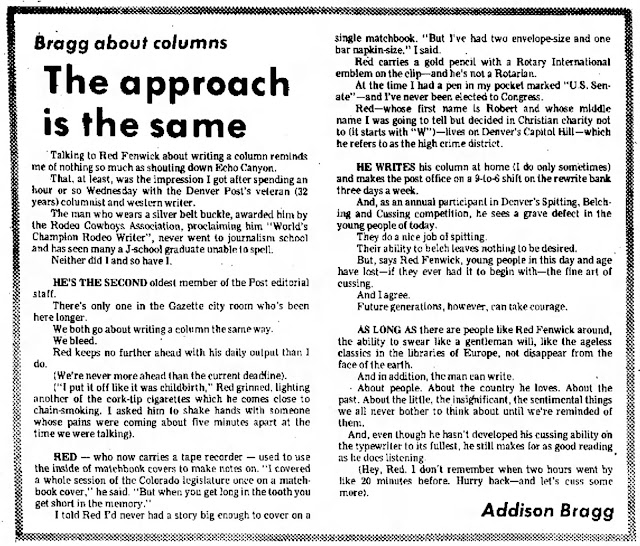 You will find Bill Myer's lengthy story of the life of Red Fenwick in a Gerald R. Ford Presidential Memorial Library and Museum PDF here. Scroll down to third page.
Posted by Robert Messenger at 13:59

I'm always amazed at how much you can dig up about the USA or some of its people. Very interesting post. I love the Out to Christmas typewriter.

Hope you are having a wonderful Christmas Robert.

shee-howdy- now that's a journo I can grok. "Right cordially" is a term I shall use henceforth. :D